A Royal Caribbean Cruises founder credited for boosting industry has died at the age of 90.

Norwegian born Arne Wilhelmsen passed away on Saturday in Palma, Spain, the company announced on their blog Sunday. His cause death was not stated.

The company’s global sailings are currently suspended through May 11 due to the coronavirus outbreak.

Royal Caribbean announced Friday that it was ‘aware of the CDC order and are studying how best to respond to its provisions’.

Arne Wilhelmsen, a founder of Royal Caribbean Cruises Ltd. and a visionary strategist of the modern cruise industry, died Saturday, in Palma, Spain. He was 90 years old 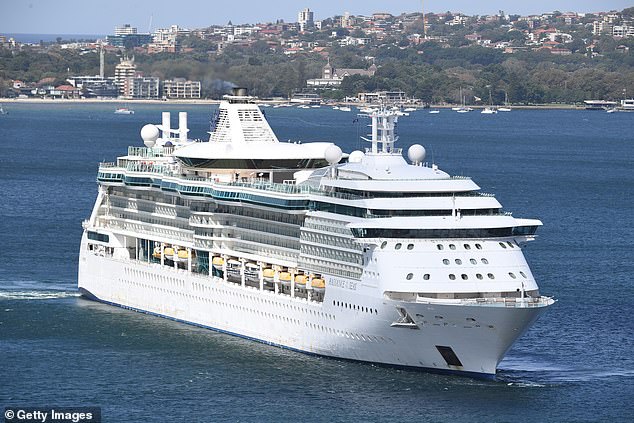 Royal Caribbean’s cruise ship, Radiance of the Seas is escorted by Australian Border Vessels and Maritime Police as it departs Sydney Harbour on April 4. The Australian Government is working to move several ships out of New South Wales waters, in line with a 30-day ban on foreign ships docking in Australia ports imposed in March

Numerous cruise ships have had to quarantine passengers on and off-board.

In a press release Sunday, Royal Caribbean dubbed Wilhemsen as a visionary strategist of the modern cruise industry.

Wilhemsen earned his MBA at Harvard Business School and worked as a chartering assistant for Norway’s EB Lund & Co. then later as a shipbroker in New York. After joining the family business Anders Wilhelmsen & Co AS in 1954, he worked as a deckhand and became its president in 1961.

With the launch of Royal Caribbean out of Florida, together with the company’s first CEO, the late Edwin Stephan, they built new ships uniquely designed for cruising in warm weather.

‘My initial challenge was to convince my partners and management in Miami to build bigger and more efficient ships in order to grow the company,’ Wilhemsen once said. 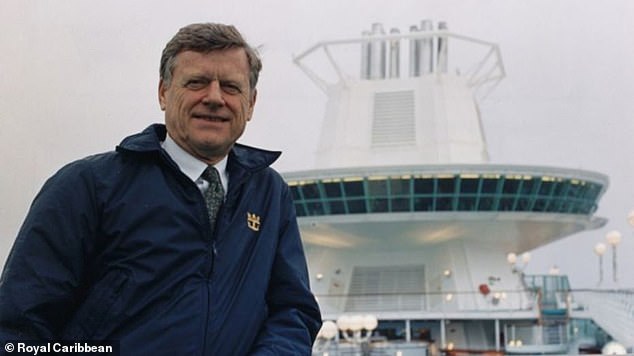 The company now has some of the biggest cruise ships in the world and sails 61 ships to all seven continents. Other brands include Celebrity Cruises, Azamara, Spain’s Pullmantur, Monaco’s Silverseas Cruises, German’s TUI.

‘At a time when the rest of the world thought cruising was a niche use for old transatlantic liners, Arne was already seeing glimmers of the growth that was possible,’ RCL’s chairman and CEO, Richard Fain, said. ‘He had a vision of the modern cruise industry when the “industry” might have been a dozen used ships, total.’

Wilhemsen serviced for more than 30 years on the board of directors.

He is survived by his wife and three sons. According to the Forbes 2020 Richest Billionaires List, Wilhemsen and his family were worth $1.9billion and ranked #1415.

‘Arne was a steady presence and source of wisdom on our board for decades,’ Fain continued. ‘And in 2003, when he was ready to step back, he was succeeded on the RCL board by his son, Alex, who has carried the involvement of the Wilhelmsen family in charting our company’s course into its sixth decade.

‘Our high standards as a company, our insistence on excellence in operations and design, and our determination to persevere all owe a great deal to the long-term vision of Arne, Alex and the Wilhelmsen family. We salute our friend, and we will miss him dearly.’ 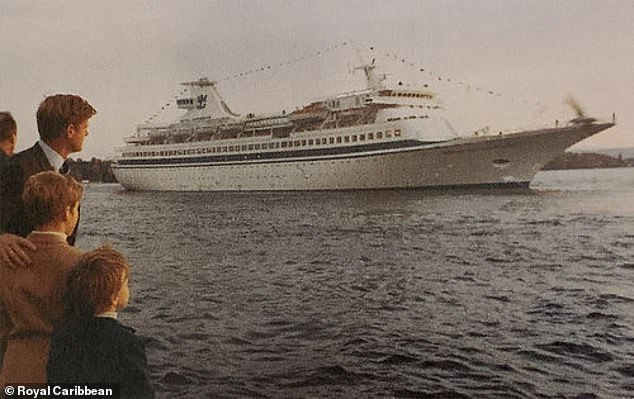 Wilhemsen is survived by his wife and three sons. His son Alex succeeded him on the board of directors in 2003. He is pictured with sons Preben and Alex as Song of Norway pulls away from Oslo 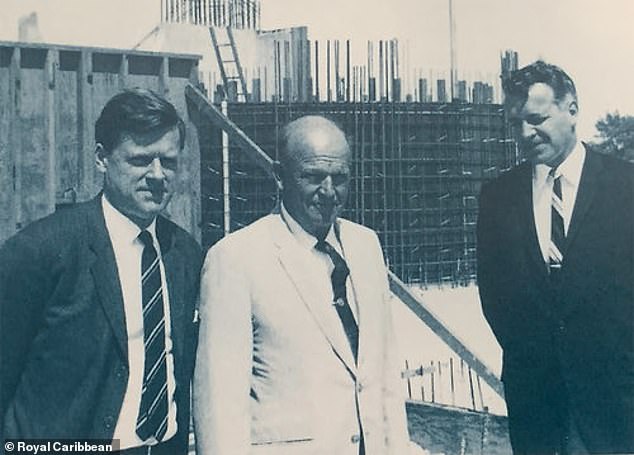 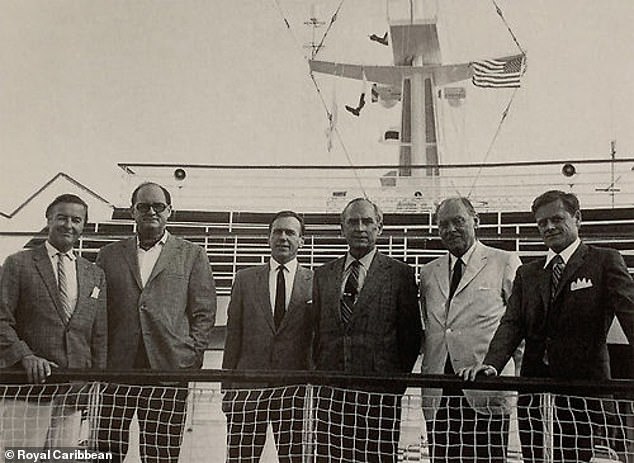