And Roxy Jacenko proved once again that she has a killer wardrobe after stepping out in Sydney in a chic motorcycle jacket on Tuesday.

Cutting a stylish figure, Roxy teamed the Celine leather jacket, worth $4,650, with a loose-fitting pair of jeans.

She’s a Rox-star! Roxy Jacenko showed off her inner rock chick on Tuesday as she stepped out wearing a leather jacket

The mother-of-two looked in high spirits and smiled for the cameras as she strolled the Eastern suburb’s streets.

Earlier that day, Roxy shared a closer look of her outfit as she gushed about her ‘fav jacket’ on Instagram. 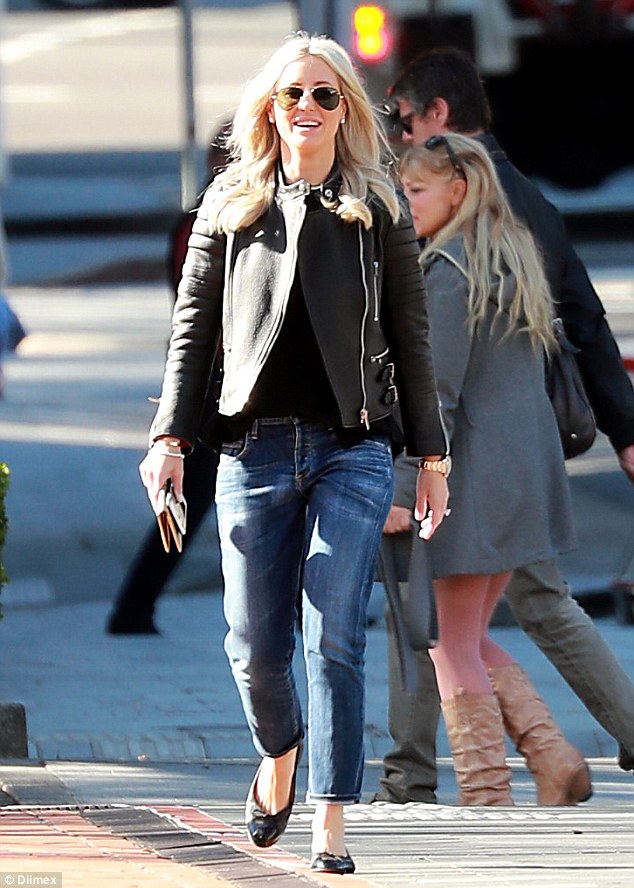 Design darling: The 36-year-old teamed her Celine motorcycle jacket with a pair of Chanel ballet flats

The blonde businesswoman also informed her fans that the jacket was by French luxury fashion designer, Celine.

She told radio hosts Kyle Sandilands and Jackie ‘O’ Henderson that he is saving up for a blanket to protect him from the cold while he serves his jail term for insider trading. 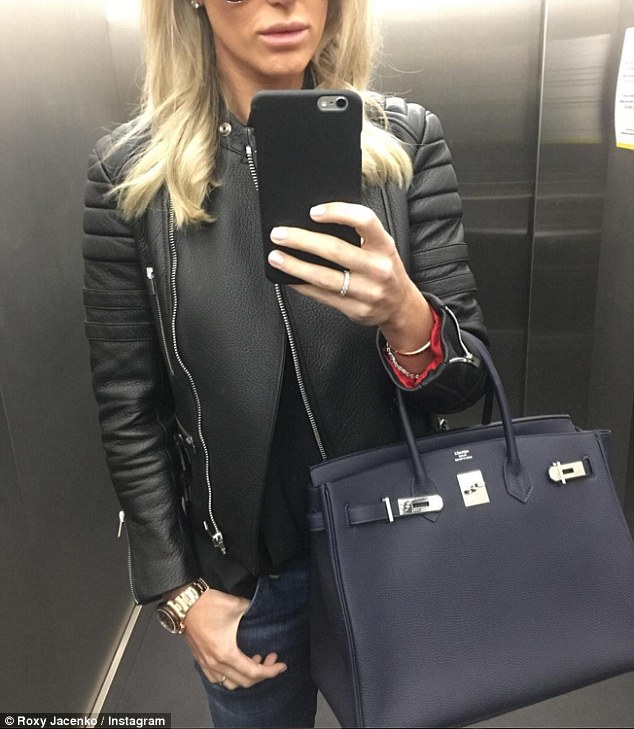 High-end taste: The PR boss earlier revealed to her Instagram followers the luxury item was her favourite jacket

Appearing on KIIS FM’s The Kyle and Jackie O show, the blonde beauty told the hosts she puts $100 per week into Oliver’s prison buy-up so that he can buy necessities.

‘I have to put $100 in his buy-up every week. You can’t go over the amount. He’s buying a doona next because it’s cold,’ Roxy revealed on-air.

Roxy also opened up about the possibility of conjugal visits, but admits it’s not a priority. 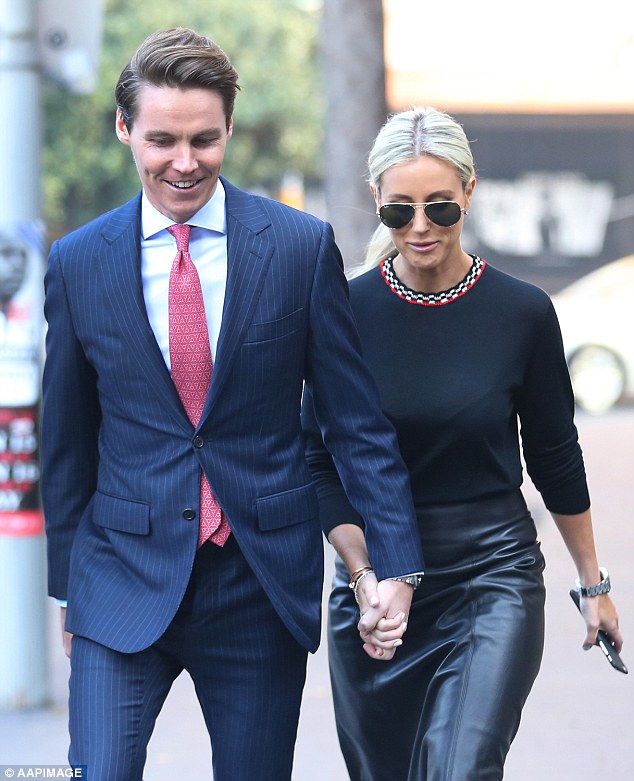 Saving up: Roxy revealed on radio this week that she’s topping up her husband Oliver Curtis’ jail buy-up with $100 per week so that he can buy a doona

‘I’ve visited twice. It’s not a nice place. It’s sad. It’s not somewhere where you’d choose to be,’ said Roxy, who was diagnosed with breast cancer just weeks after her husband’s sentencing.

The Sydney-based entrepreneur also revealed during the radio interview that her children Pixie, five, and Hunter, two, have no idea their father is in jail.

Roxy said that her children think Curtis is in China, where he has previously spent a lot of time for on business trips. 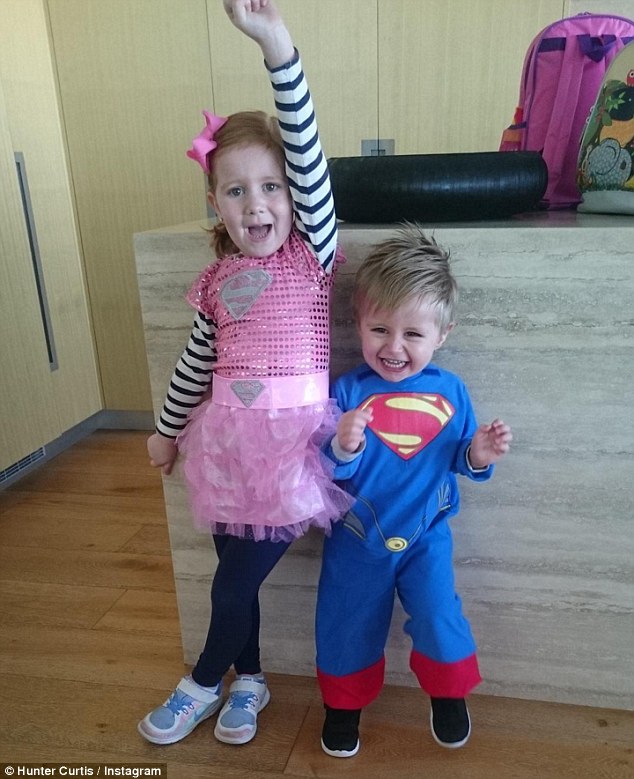 Protective: Roxy said that her children Pixie, five, and Hunter, two, have been told that their father is in China for a business trip

‘It’s not unusual for them. When he was working he spent a lot of time there,’ she said.

‘So when they first asked. I said back he’s in China.’

However, Roxy panicked and told the kids Oliver would be home for Christmas.

‘I think I was asked on the spot when dad was coming home and I said Christmas. I will have to say he’s still in China,’ she said. 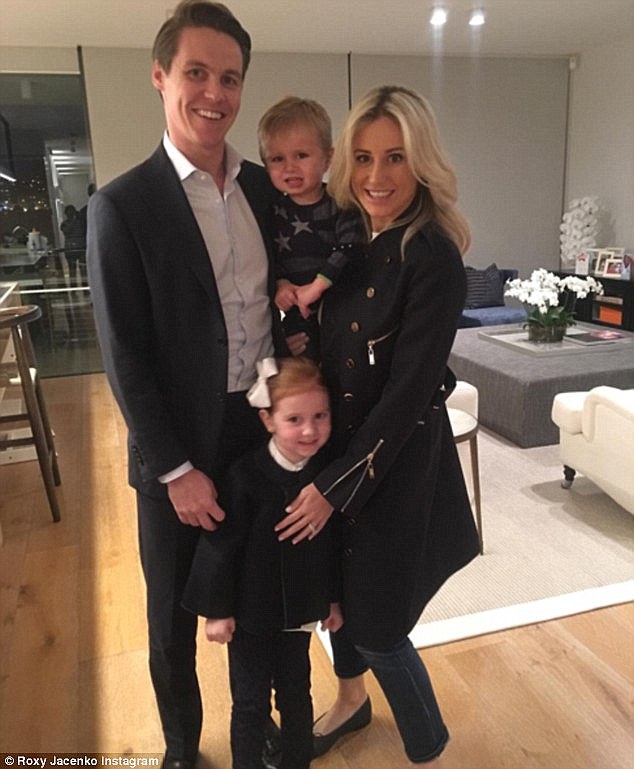 Happier times: Roxy says she panicked and told her kids their father will be home for Christmas, but will have to tell them he’s still in China when the time comes