Many will have found Dominic Cummings’s appearance before MPs on Wednesday perversely entertaining as he ruthlessly trashed the reputations of his boss and former government colleagues.

But there was one truly chilling moment when he said that if he’d had his way, he would have appointed a ‘dictator’ with ‘kingly authority’ to do whatever they thought necessary to tackle Covid-19.

Thus the true nature of the Prime Minister’s former chief adviser was starkly revealed: Not a democrat but someone who thinks society would be better off run by authoritarians backed up by scientists and data experts in absolute control.

Cummings acknowledged that, like most of his then-colleagues in Downing Street, Westminster and Whitehall, he had failed to see the pandemic coming in January and the first half of February. After that, it seems he became obsessed with one thing and one thing alone for the rest of the year: pushing the number of Covid infections and deaths as low as possible.

He would have been prepared to employ any means to achieve that – even, as he suggested in one of his tweets before his appearance, to the point of emulating the Chinese authorities and ‘welding people inside’ their homes.

Yes, of course preventing Covid infections and deaths – and protecting the NHS from being overwhelmed – was hugely important. But in his condemnation of all and sundry in that seven hour diatribe on Wednesday, Cummings behaved as if nothing else mattered at all.

In reality, the Government had an incredibly difficult task in trying to manage the pandemic while preserving what it could of the economy to protect jobs and livelihoods, ensuring people had access to medical treatment for conditions other than Covid, safe-guarding the elderly and vulnerable in need of social care, and limiting the impact on education from nursery to university level. It fared better in some areas than others but the job of governing the country was more difficult, with far more trade-offs, than Cummings, with his tunnel vision, would have us believe.

Dominic Cummings was scathing about Boris Johnson’s concern for the economy. If we hadn’t locked down, he said, the economy would have crashed anyway as infections and deaths soared.

He even went so far as to suggest the recession would have been even deeper as a fearful public shut itself away behind closed doors and refused to spend at all.

But Cummings, a man who prides himself on being guided by data, would be wrong on that score – at least judging by the experience of Sweden, which refused to lock down, preferring to deal with Covid via lighter restrictions and appeals for people to act responsibly.

While it is true Sweden has suffered a higher death rate than other Nordic countries – 1,419 per million inhabitants compared with 432 in Denmark and 143 in Norway – it is much lower than Britain’s toll of 1,873 per million.

And its economy has proved relatively robust, contracting by 2.8 per cent over 2020, compared with a 9.9 per cent shrinkage in Britain.

Economic growth matters because poverty kills just as surely as Covid does – even if the toll is spread over more years. An analysis by the Department of Health and Social Care (DHSC) published last July shows just how difficult a decision it was to commit to lockdown. 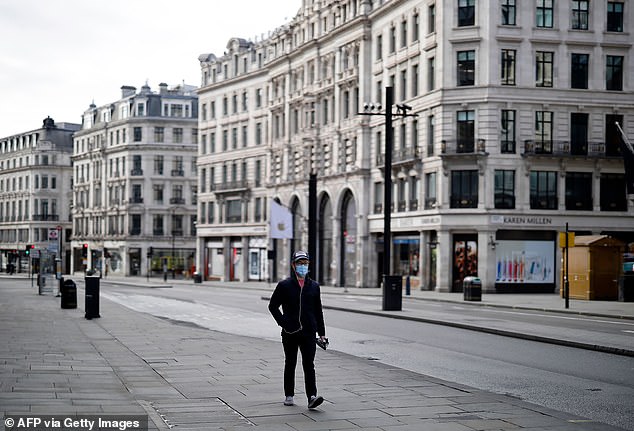 At that stage, it calculated, Covid had directly cost 700,000 life-years (the total number of years victims might have expected to live had they not died of Covid). On the other side of the ledger, the DHSC estimated the recession caused by lockdown would cost 230,000 life-years through cardiovascular disease. Greater poverty as a result of the smaller economy would cost 465,000 life-years in the long-term. To preserve the economy during lockdowns, Chancellor Rishi Sunak embarked on a spend, spend, spend programme, including furloughing workers, support for the hardest hit sectors (hospitality, aviation, tourism, arts and entertainment etc) and initiatives such as Eat Out to Help Out and a suspension of stamp duty.

While there are many, many casualties and lockdown has accelerated the death of the traditional High Street, there is every indication the British economy is springing back as lockdown eases and confidence in the vaccine grows.

The Bank of England predicts that accumulated savings by consumers over the past year of £130billion plus will boost growth, while British businesses have accumulated £100billion on their balance sheets.

By the autumn, leading global economic organisations are predicting that the economy will be back to pre-Covid size.

Without a national lockdown, Cummings claimed that the NHS would have soon been so overloaded that no one else would have received healthcare.

Yet in truth the Government had a very delicate balancing act to perform: weighing up the likely number of deaths from Covid on the one hand and the loss of life as a result of lockdowns on the other.

In one sense, they succeeded as the NHS was, with a few local exceptions, never overwhelmed in the first and second waves, and the hurriedly built ‘overspill’ Nightingale hospitals were soon mothballed. 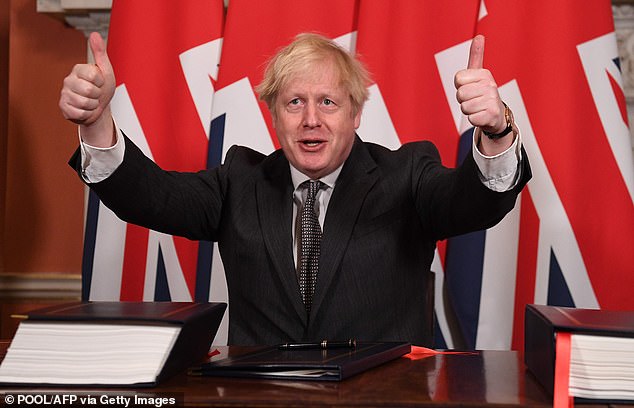 However, there is a price to be paid for lockdown. Even though there was a concerted public health campaign to remind us that the NHS was there to deal with illness other than Covid, the powerful message to ‘Stay Home. Save Lives. Protect the NHS’ led to a collapse in people seeking medical attention during the first lockdown, even when they desperately needed it.

This effect, estimates the DHSC, will eventually cost 54,000 life-years as people succumb to cancers, heart disease and other conditions which were not diagnosed or for which they were not treated adequately. According to Cancer Research UK, 45,000 fewer people started cancer treatment in the year to March 2020 than would have been expected had it been a normal year.

Cancelling operations and discharging patients to make way for the expected surge in Covid patients also had a cost – 108,000 life-years from the first lockdown alone.

And with every passing week, the longer term consequences of lockdown are being felt: the backlog of NHS operations cancelled or postponed, a tsunami of patients waiting to see their GPs, and NHS dentistry in free fall. Lockdown affected people’s health in other – unexpected – ways. The DHSC estimated, for example, that 45,000 life-years would be saved during lockdown thanks to people adopting healthier lifestyles, such as by drinking less while the pubs were closed.

However, the Office for National Statistics recently revealed there were 7,423 alcohol-related deaths last year – a 20 per cent rise on 2019. Lockdowns have also been responsible for a sharp decline in the nation’s mental health. A study by Glasgow University revealed that anxiety levels increased, as did suicidal thoughts.

Ten per cent of the population suffered in this way, up from 8 per cent before the pandemic. Some of this, no doubt, could be attributed to anxiety over Covid, or from losing relatives and friends to the virus, but much of it will have been triggered by people losing their livelihoods and being starved of social contact. In fact, the study found that young people – who had the least risk of dying from Covid – suffered the biggest decline in their mental health, with suicidal thoughts experienced by 14 per cent of 18 to 29-year-olds. up from 12.5 per cent beforehand.

Millions of children and young adults will suffer for years because of the impact of lockdown on nurseries, schools and universities – with their life chances severely impacted.

A series of reports by Ofsted published at the end of last year laid bare the devastating results of taking children out of school and trying to educate them through remote learning during the first lockdown and repeated interruptions to learning due to classroom infections and the resultant self-isolation during the autumn term. According to Ofsted, many children were six months behind where they should be. Some young children who had been potty-trained had regressed to wearing nappies. Older children had lost their way with reading and writing.

Others suffered mental distress, developing eating disorders and engaged in self-harm. A lack of access to play and sports facilities has increased child obesity. School closures have increased inequality. According to a study by the Nuffield Foundation, children from better-off households were spending 30 per cent more time on schoolwork than children from poorer backgrounds.

Those in private education generally fared better in learning opportunities than those in many state schools. The negative effect is likely to persist throughout their school days and have an impact on their subsequent careers, reversing efforts to iron out inequalities in education and society.