Faced with a barrage of questions about the dubious graphs they wheeled out during Saturday night’s Halloween Horror press conference, Sir Patrick Vallance and Professor Chris Whitty spent much of yesterday’s Commons select committee hearing shifting in their seats.

But there was one question in particular that got Sir Gloom and Professor Doom extremely hot under the collar.

Asked about the claim on one of their slides that Britain could see 4,000 Covid deaths a day by December, Whitty crossly interrupted his inquisitor, former health secretary Jeremy Hunt, to say: ‘Can I be clear that I have never used [any prediction] beyond six weeks in anything I have said to any minister.’

The subtext was clear: it was all Vallance’s fault.

Certainly it was a pivotal moment for the two boffins who, having effectively become the nation’s science teachers at the start of this pandemic, morphed into squabbling schoolboys in a matter of seconds.

Whether it really was Vallance’s fault or not, one thing is for certain: as MPs prepare to vote on the Government’s proposed second lockdown today, the 4,000 deaths figure — debunked in yesterday’s Daily Mail — is fast becoming a source of embarrassment to the government scientists.

What’s particularly worrying about it all is that the Government must have known full well that the statistic would terrify many who tuned into Saturday’s Downing Street press briefing.

How else are we to explain the fact that the figure was leaked to the BBC beforehand? 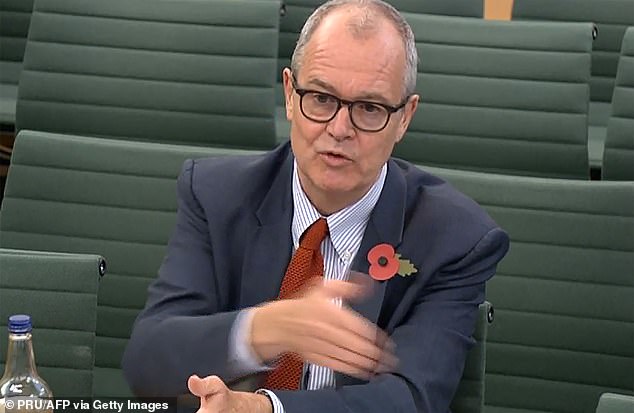 (Already an hour before Saturday’s press conference, the broadcaster had reported that ‘new scientific advice warns that more than 4,000 people could die every day unless tighter restrictions are brought in’.)

But as we now know, the offending claim is grounded in fantasy.

For as it turns out, the dodgy graph was derived from a piece of modelling undertaken by Public Health England (PHE) and Cambridge University at least four weeks ago.

It was based on the assumption that the ‘R’ number, the average number of people infected by somebody with the virus, was already between 1.3 and 1.5 and would rise by 10 per cent over winter, when actually the Government’s current estimate for R is between 1.1 and 1.3 – and is falling.

In fact, under their model, deaths should have reached 1,000 a day by November 1 – more than four times the figure published yesterday. 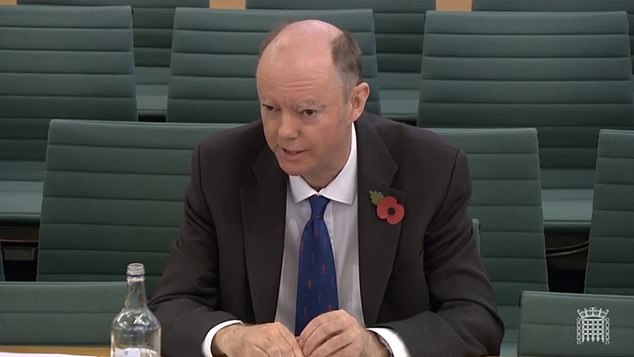 Professor Chris Whitty said:  ‘Can I be clear that I have never used [any prediction] beyond six weeks in anything I have said to any minister’

Naturally, Whitty tried to dig the pair out of a hole by saying that it didn’t really matter whether deaths would reach 1,000 a day or 4,000 a day – they were both very high numbers, after all.

That is, of course, partly true: every death from Covid-19 is a tragedy.

But as Greg Clark, chairman of the science and technology committee, pointed out, the distinction between 1,000 and 4,000 deaths a day matters hugely, not least because when we had 1,000 deaths a day during the spring peak, the NHS was able to cope without the aid of the Nightingale hospitals. 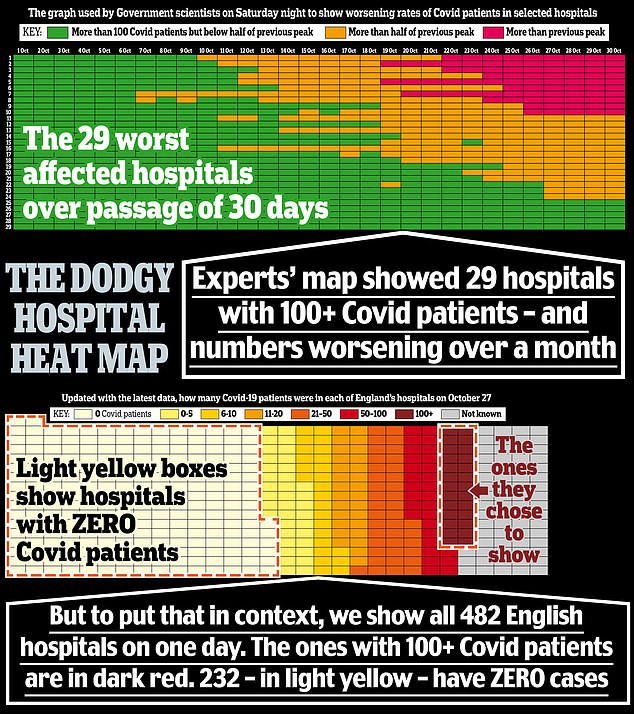 Yet Vallance and Whitty chose to present us with a doomsday scenario with little grounding in reality.

And ultimately that should worry us all. For in times of crisis such as these, it is vital that citizens can trust government experts.

Back in March, Vallance and Whitty were both impressive as they patiently explained the mechanics of a new, terrifying virus.

But their decision to hoodwink us at the weekend with a vastly inflated figure has left a serious dent in their reputations.

As England is thrown into a hugely damaging second lockdown, surely we deserve better than that.