The former adult entertainer, 69, was indicted on 30 counts of sexual abuse – after being accused by victims who were as young 15 years old. But it’s now unlikely that he will face his rape trial, according to a Los Angeles County prosecutor.

Prosecutors allege Jeremy – born Ronald Jeremy Hyatt – restrained some of the women and raped or sodomized them – and had sex with others who were sleeping or unconscious.

Ronald Jeremy Hyatt allegedly restrained some of the women and raped or sodomized them – and had sex with others who were sleeping or unconscious, at parties, adult film conventions, and movie sets. He faces allegations from 21 different women – including a girl who was 15. But now he will most likely not stand trial because of his ‘severe dementia’ 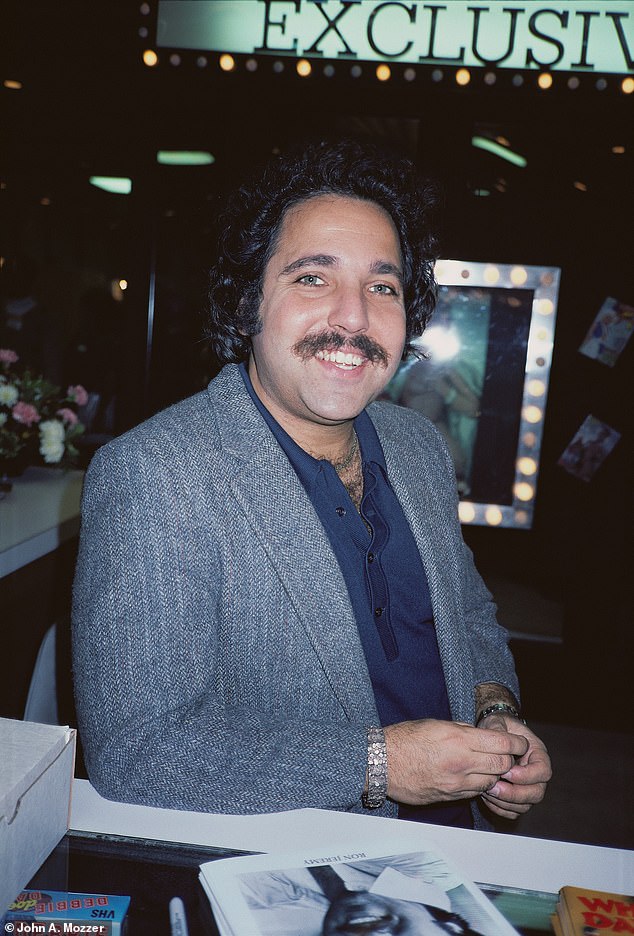 Ron Jeremy pictured in 1988.  He is being held on a $6.6 million bail at the Twin Towers Correctional Facility in Los Angeles County since his arrest in June 2020

There is no evidence he is faking his symptoms, the Times reports.

He was expected to appear in a Hollywood courtroom on January 17 where he will be formally declared incompetent.

An internal email read: ‘As a result of the agreement of the experts, the defendant will be declared incompetent to stand trial … his prognosis for improvement is not good.

‘If he does not improve, we will not be able to try him for his crimes.

‘Because criminal proceedings are suspended as long as he is incompetent, we also cannot get a guilty plea from him or discuss other measures to get justice for the victims in this case.’

His severe dementia has been determined by a review of medical documents and interviews with Jeremy. It’s understood that Jeremy will probably be placed in a state-run hospital after being declared incompetent.

He is being held on a $6.6 million bail at the Twin Towers Correctional Facility in Los Angeles County since his arrest in June 2020. His alleged abuse started in the 1990s. 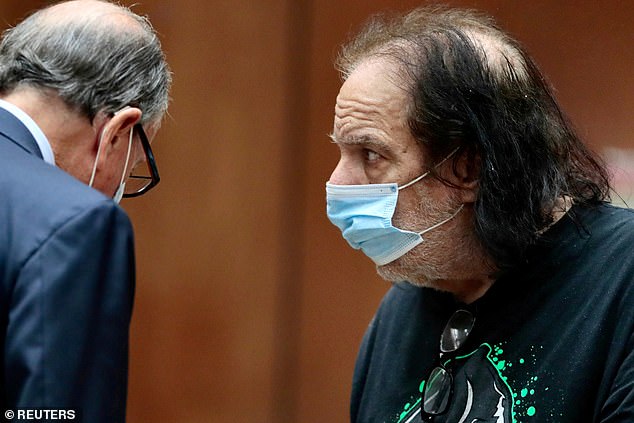 Further charges included one count each of lewd act upon a child under the age of 14 or 15, sodomy by use of force and assault with intent to commit rape.

Gascón said Jeremy’s alleged sexual assaults happened over the course of more than 23 years and involved 21 victims ranging in age from 15 to 51.

Jeremy is alleged to have sexually assaulted a 15-year-old girl referred to as ‘Jane Doe 5’ on June 12, 2004, penetrating her with a foreign object, according to the August 19 indictment obtained by DailyMail.com.

Another girl, 17, was allegedly raped in 2008 at a home in the Woodland Hills neighborhood of Los Angeles. She was referred to as ‘Jane Doe 22’ in the court documents. 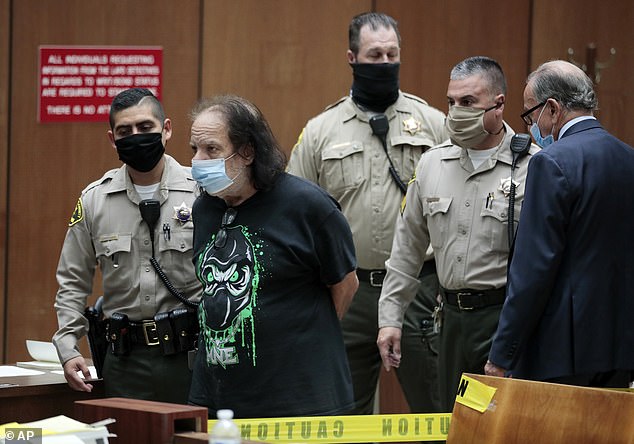 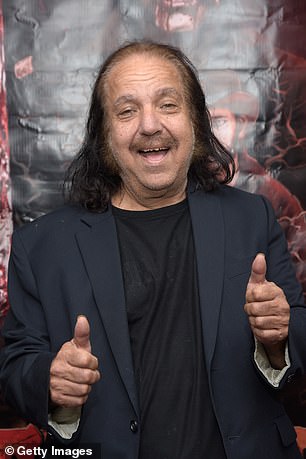 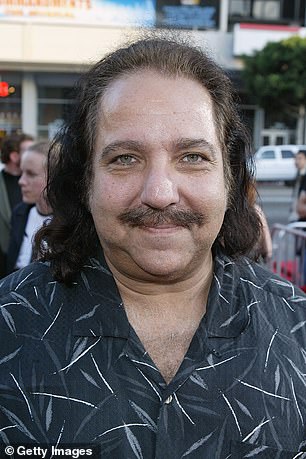 Among the first allegations against Jeremy, prosecutors claim he raped a 19-year-old woman during a photo shoot in the San Fernando Valley in October 1996.

Later, Jeremy allegedly raped a 26-year-old woman at a party in a nightclub in Los Angeles County in October 2000, officials said.

The indictment alleges that Jeremy ‘unlawfully’ had sexual intercourse with ‘Jane Doe 19’ in 2000 by means ‘force, violence, duress, menace or fear of immediate and unlawfully bodily injury.’

Jeremy was also accused of sexually assaulting another woman at a strip club in City of Industry at some point between 2002 and 2003, officials said.

Another woman, 21, went to Jeremy’s home where she was allegedly sexually assaulted in 2010. She was referred to as ‘Jane Doe 23’ in the court documents.

The most recent allegations stem from January 2020 when Jeremy raped and sodomized a woman identified in the court documents as ‘Jane Doe 17,’ the indictment claims.

‘We must ensure that survivors have all options available to help with recovery, including trauma-informed services for healing and support to report such crimes.’ 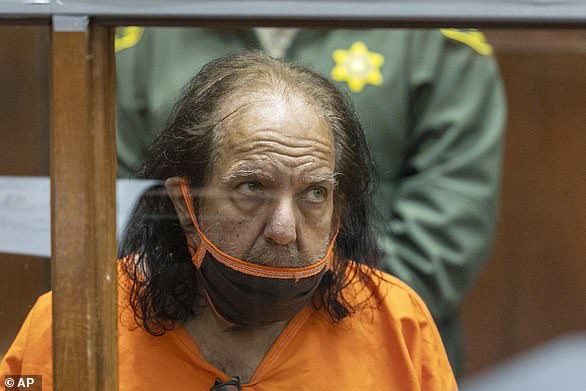 Ron Jeremy, also known by his nickname ‘The Hedgehog,’ was born to a middle-class Jewish family in Queens, New York in 1953, according to his memoir Ron Jeremy: The Hardest (Working) Man in Showbiz.

He graduated from Benjamin N. Cardozo High School where he performed in theatrical productions including the musical Oklahoma, according to Village Voice.

According to his IMDB biography, Jeremy earned a masters degree from Queens College and became a special education teacher in the New York City area.

He eventually left teaching to pursue becoming an actor on Broadway, and in 1978 had first brush with pornography when a girlfriend sent his photo to Playgirl magazine for appearance in its ‘Boy Next Door’ pages.

Jeremy has since been listed in the Guinness Book of World Records for ‘Most Appearances in Adult Films’ and won several adult film acting awards.

He has been listed as having 2,542 performance credits in the Internet Adult Film Database. He has directed an additional 296 adult films.

He has also competed on Wheel of Fortune and appeared in a segment of The Chappelle Show, and numerous music videos for artists including Kid Rock, Moby, Guns & Roses and Sublime.

Jeremy has also had several business endeavors including opening a swingers nightclub in Portland, Oregon which closed in 2015.