Romee Strijd and her fellow Victoria’s Secret Angels Sara Sampaio and Elsa Hosk put on a showstopping display in their chic festival outfits while attending the Revolve Festival in La Quinta for its fifth year after a three-year hiatus.

While attending the star-studded bash on Saturday afternoon, the Dutch model, 26, looked like a real-life Barbie doll in a hot pink suede minidress, matching purse and white boots.

Hosk, 33, opted to wear a frilly light pink blouse and long denim skirt, which she paired with black booties and her platinum blonde tresses in two pigtail braids.

Sampaio, 30, who works as a beauty ambassador for Giorgio Armani, rocked a black leather bustier, matching pants and sandals.

The women are in in the area attending the popular musical festival Coachella, which recently announced that The Weekend alongside Swedish House Mafia would be replacing Sunday night’s headliner Kanye West.

The Weeknd and the house music group – consisting of Axwell, Steve Angello and Sebastian Ingrosso – have a working relationship as they collaborated on hit track Moth To A Flame together and also have the same management team SALXCO.

Barbie girl: The catwalk star, who has worked for brands including Alexander McQueen and Michael Kors, wore her golden blonde hair in loose waves 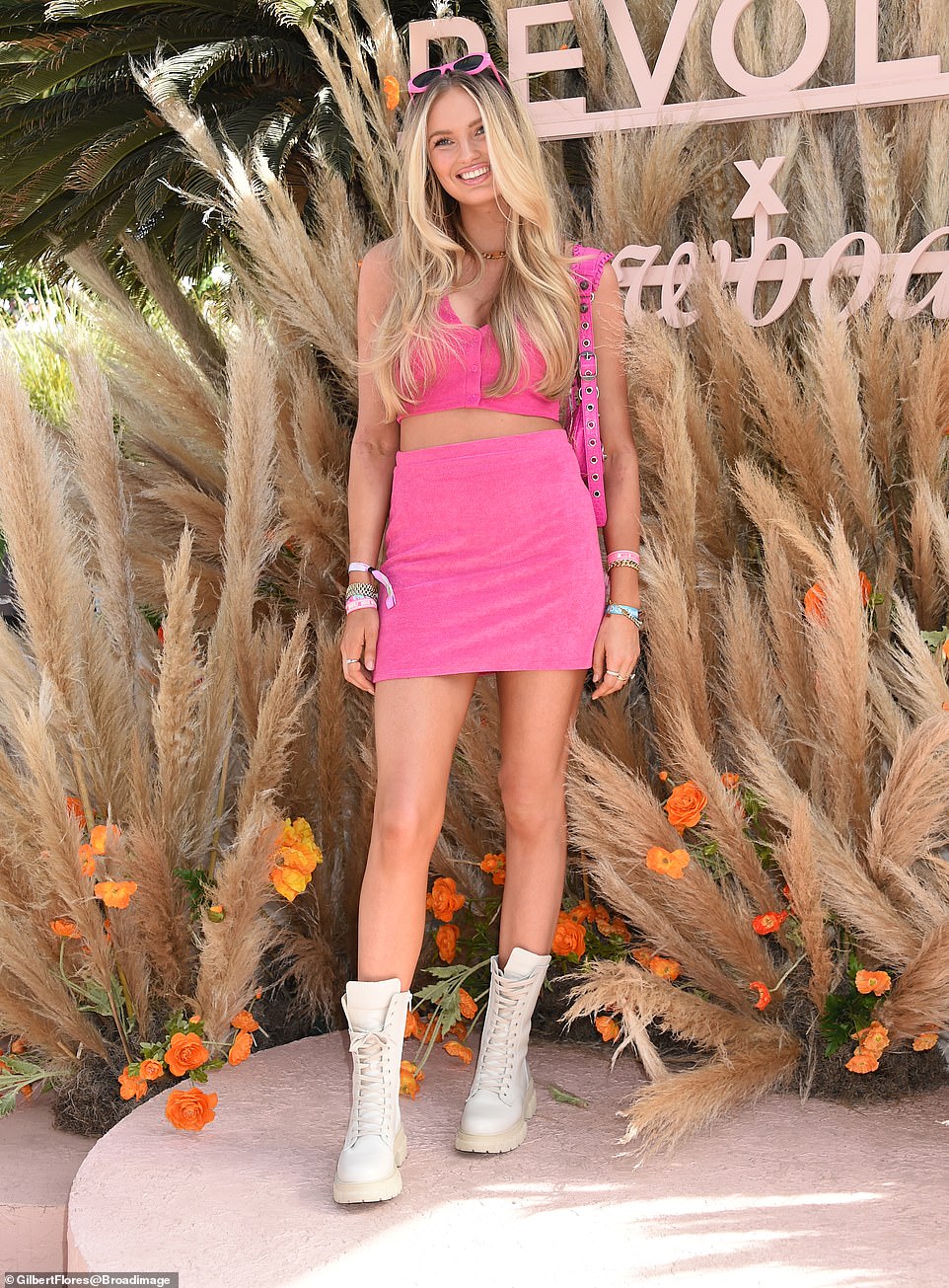 Plenty of skin: In addition to parading her gorgeous legs, she bared her toned midriff at the event 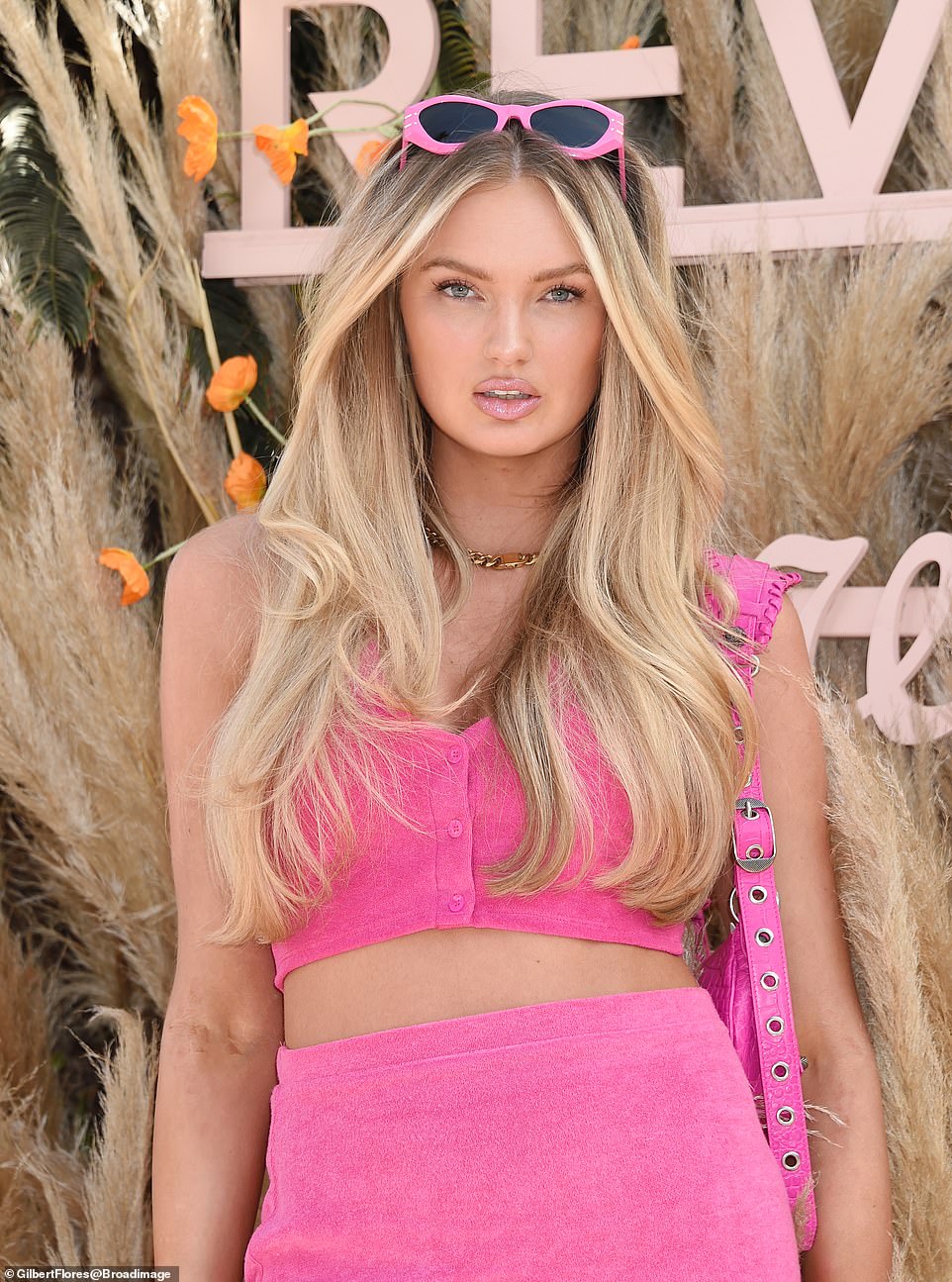 Smoldering stare: All eyes were on Strijd as she stared directly into the camera while posing against a wall of beige pampas grass 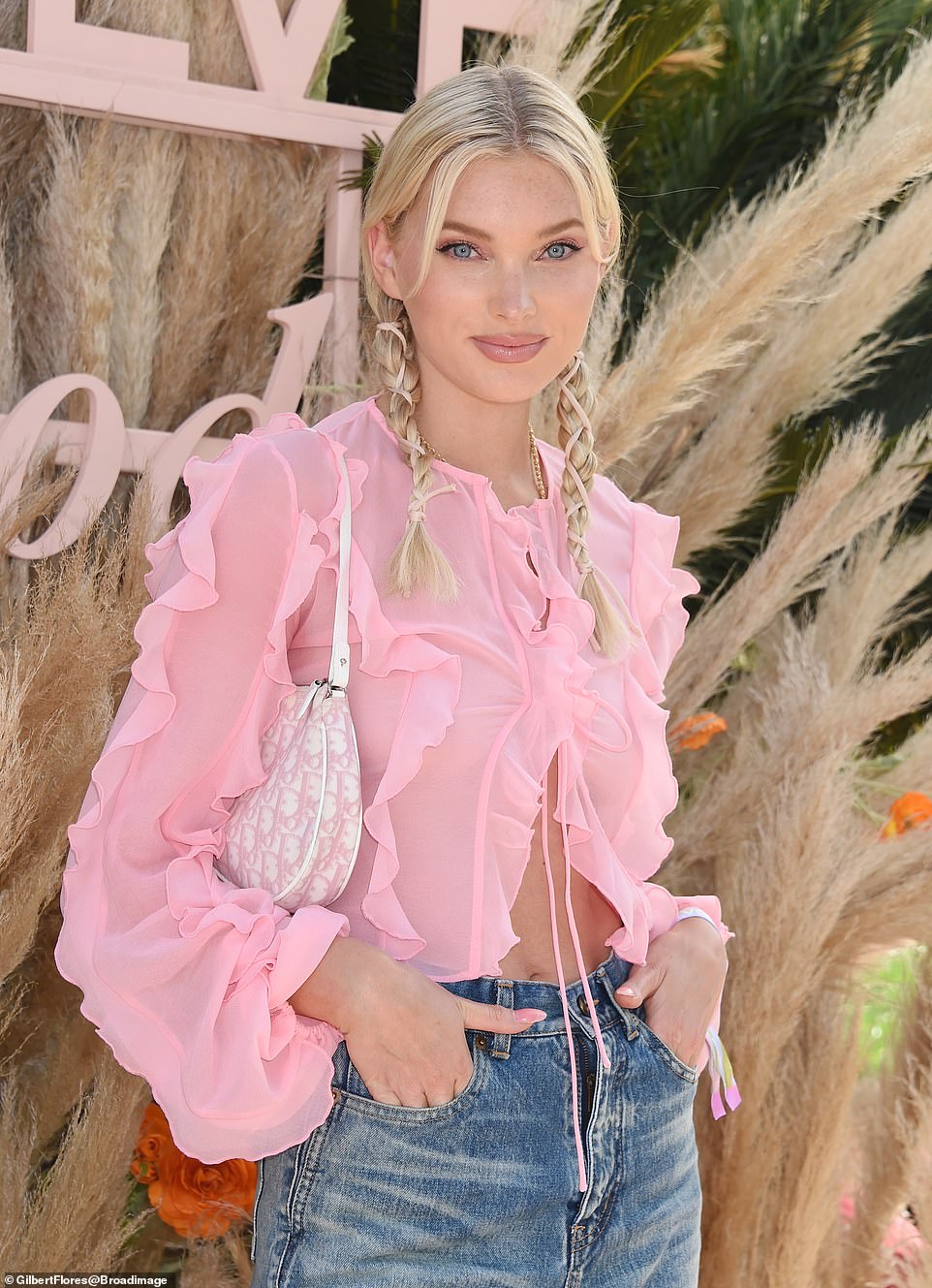 It remains unclear how the headlining gig will work meaning whether one will perform after the other or if they will be switching off but the publication’s sources said The Weeknd’s portion will likely be shorter given the time restraints to prepare for the show.

This will also be Swedish House Mafia’s big return to the highly-popular music festival as they have not performed at it since 2012 as they disbanded in 2013 at their absolute peak of popularity.

The Weeknd first hit the Coachella stage in 2012 and then three years later in 2015. He officially headlined the festival in 2018 with Beyonce and rapper Eminem.

Rapper West, 44, was set to co-headline the annual festival with Billie Eilish and Harry Styles, both of whom are considered pop/alternative acts, as well as house music group Swedish House Mafia. 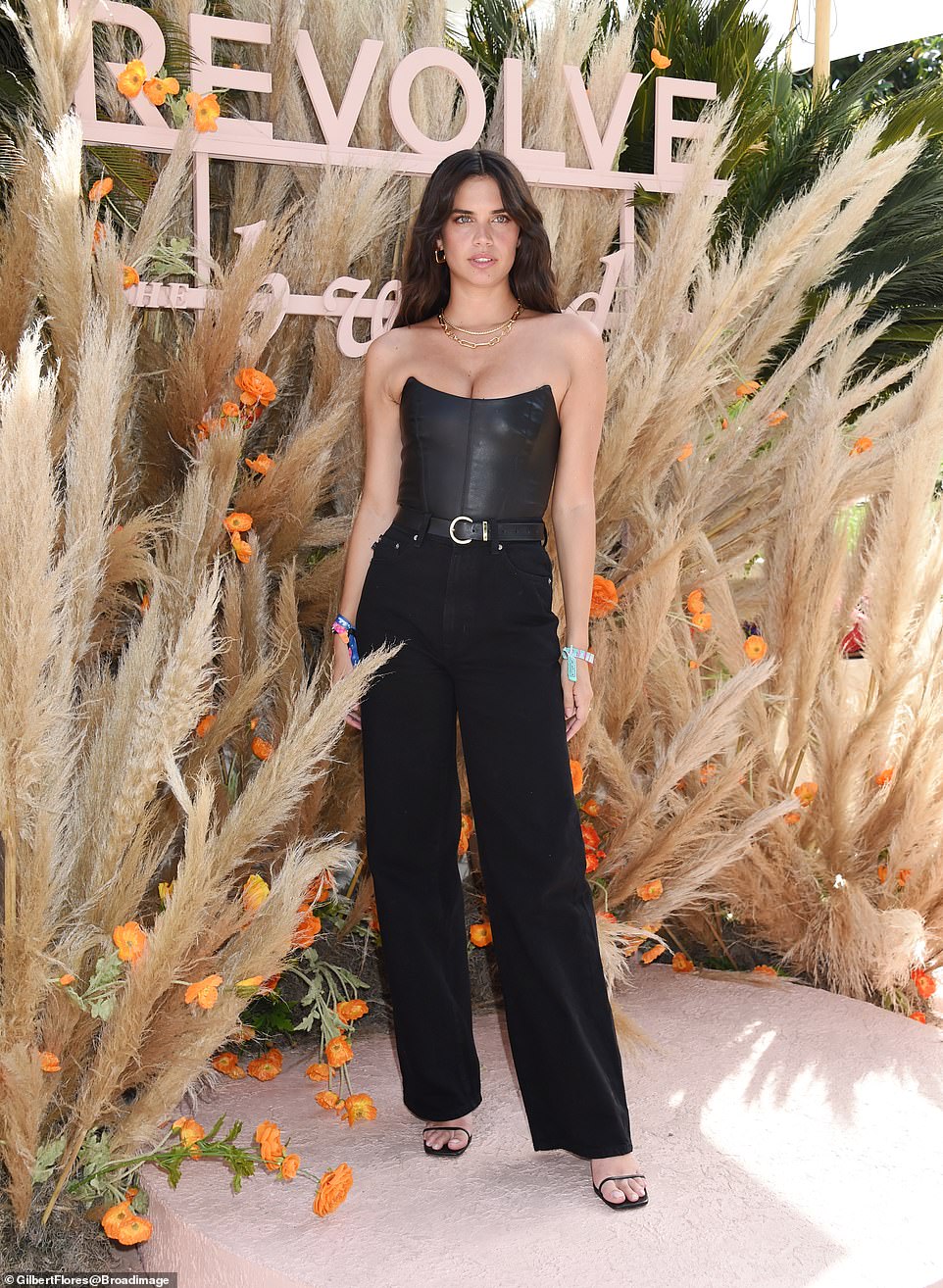 Busty display: The beauty’s plunging top showed off her ample cleavage as she partied away 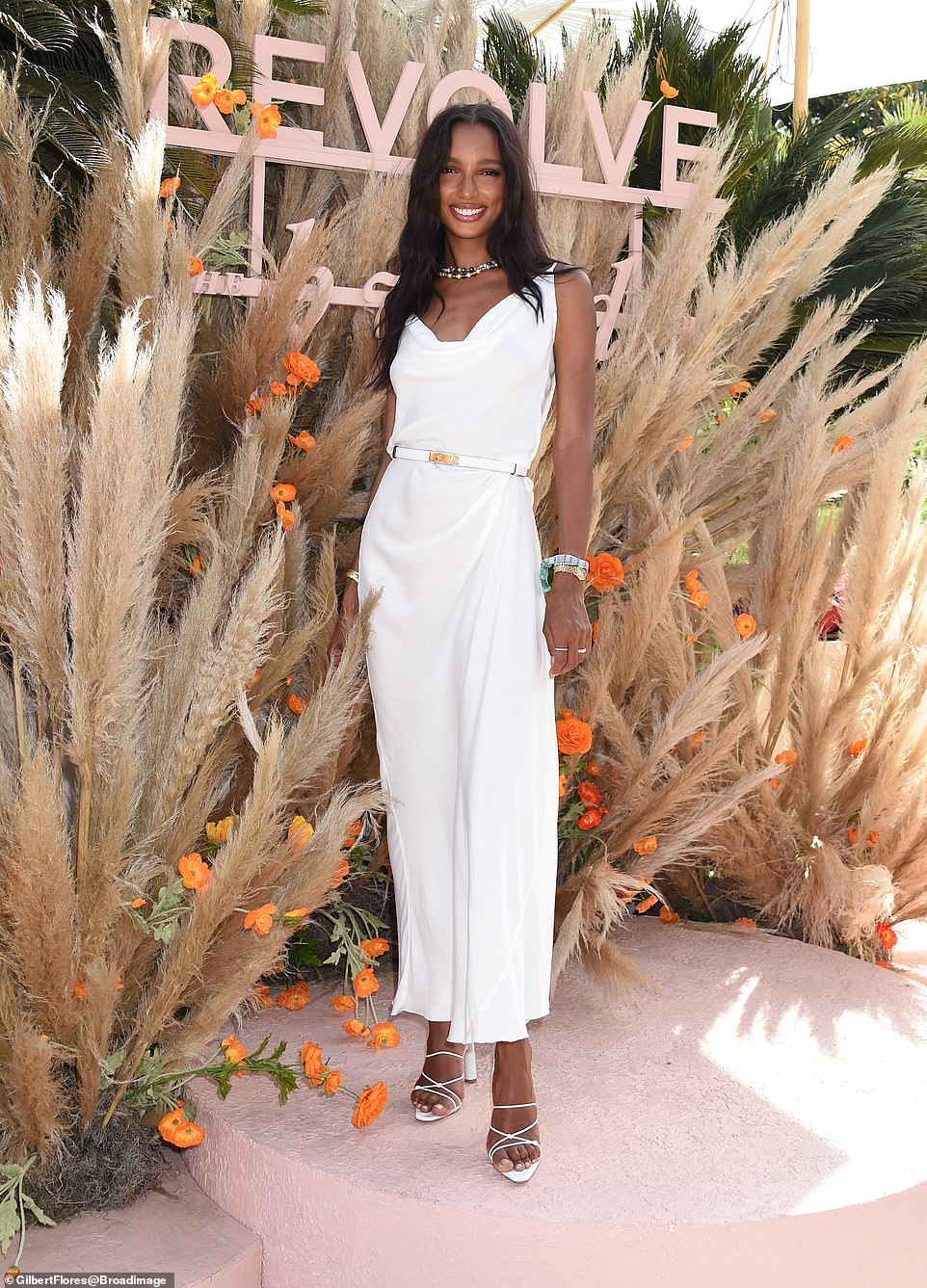 From the back: The 31-year-old turned around to show off her frock’s low back 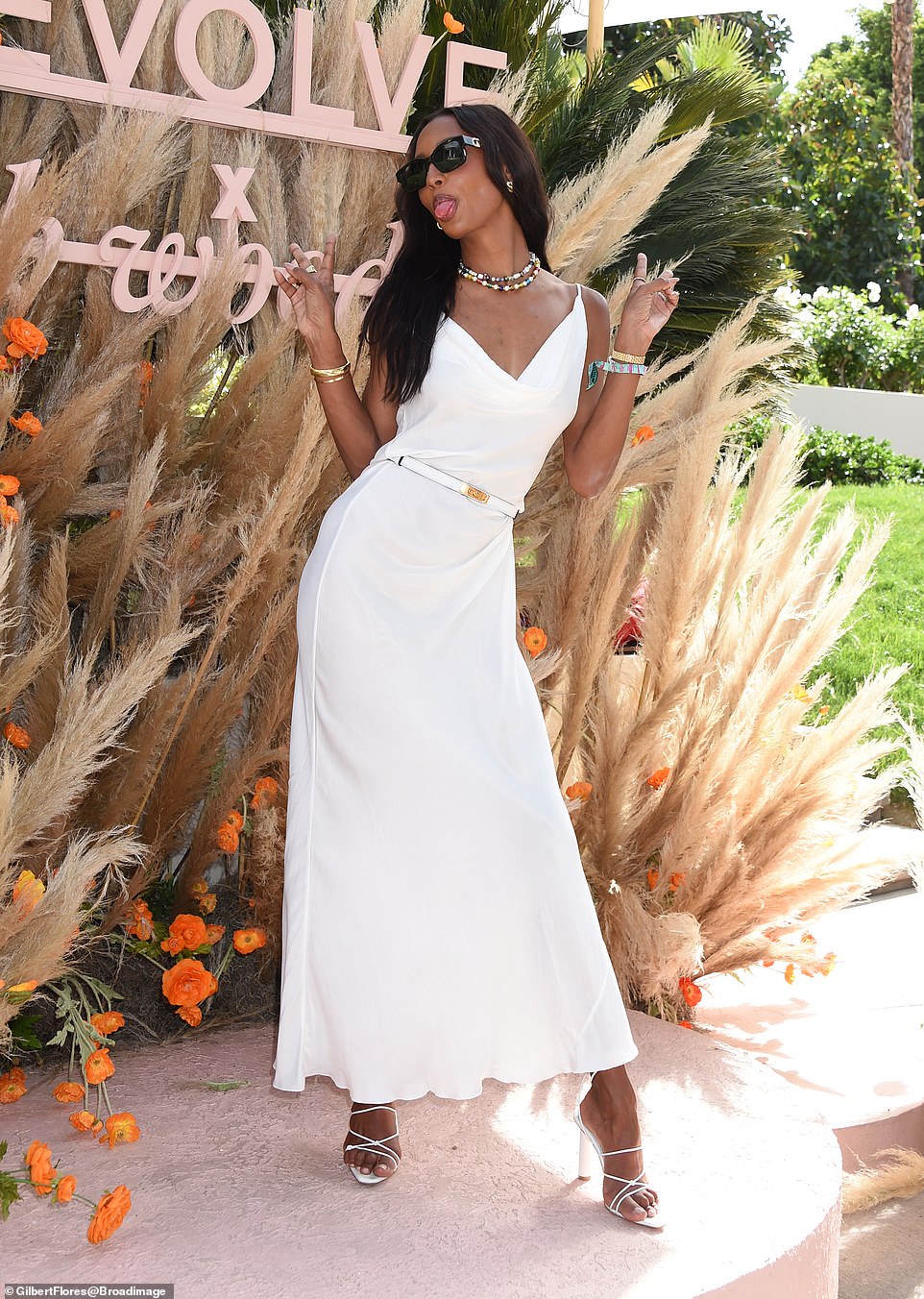 Playful: The former Victoria’s Secret Angel shot two peace signs and stuck her tongue out at one point

Organizers were scrambling to salvage the long-awaited festival after West announced earlier this month that he’d no longer be performing.

West is said to have made the decision himself to bow out from the two weekend even.

Travis Scott was said to be appearing with Kanye – who has changed his name to Ye – and will also no longer perform, the outlet reported. 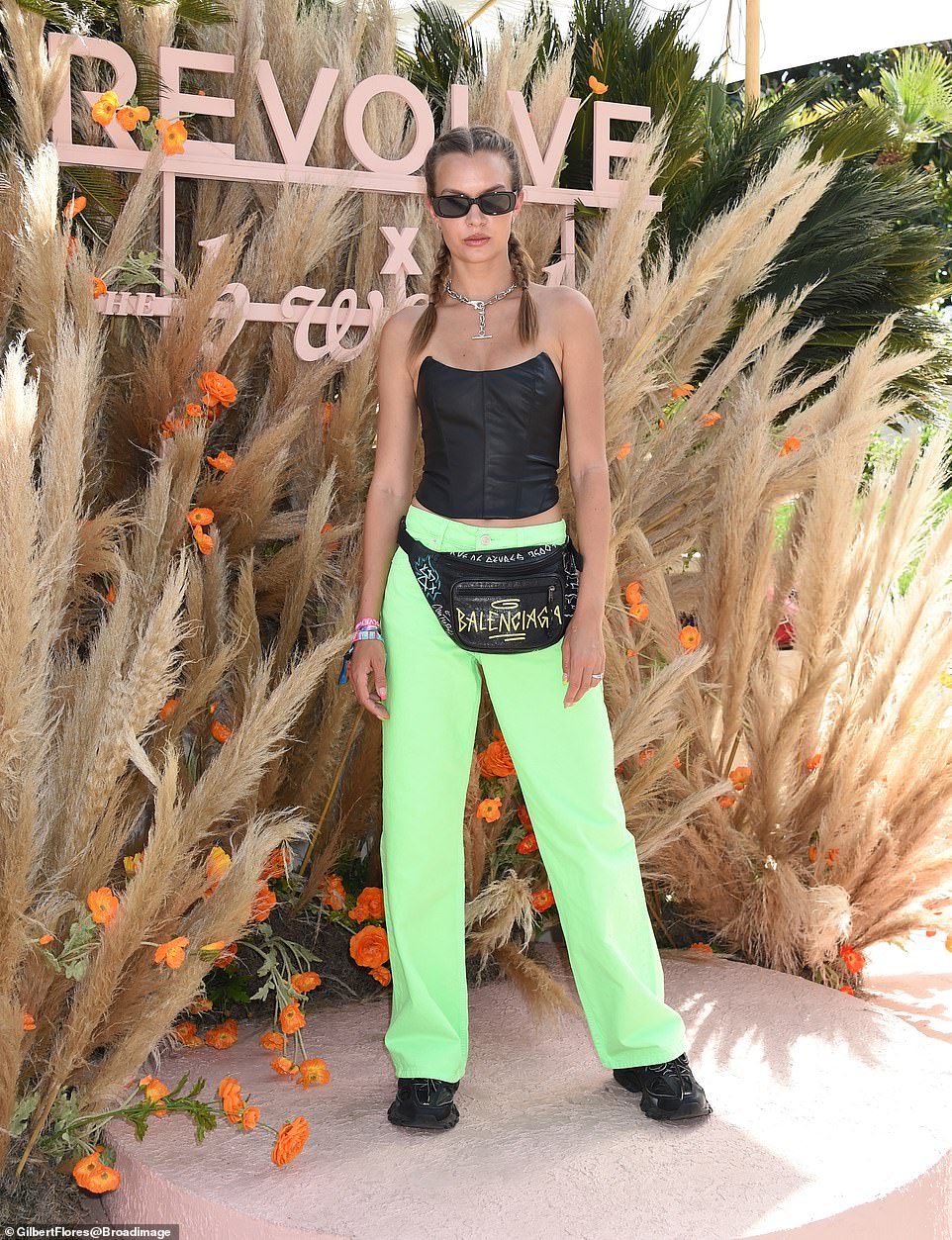 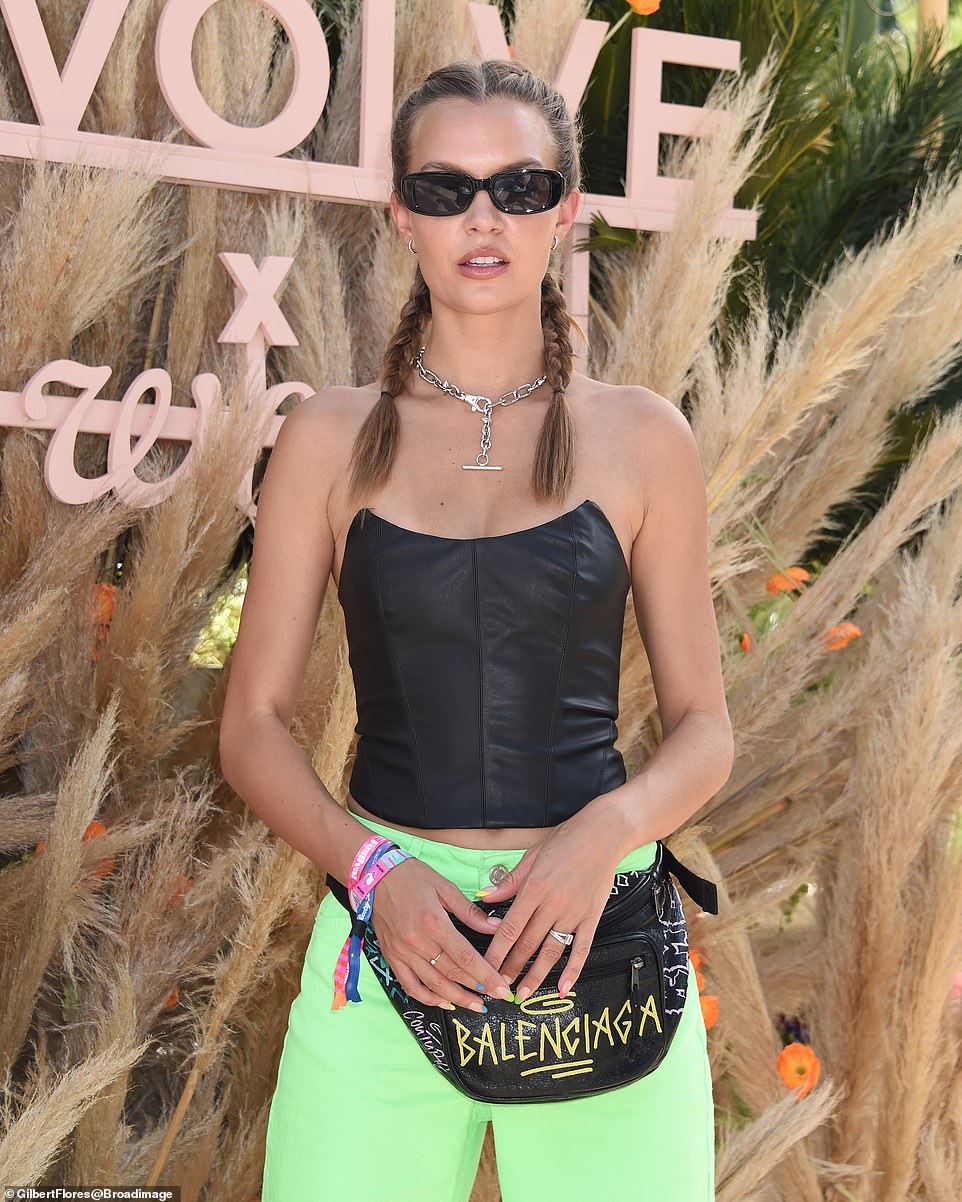 Scott had been tapped as the headline act for the festival 2020 before it was canceled due to COVID. He was then booked again for 2022 but organizers scrapped those plans after his Astroworld concert tragedy that left 10 people dead.

It remain unclear exactly why Ye had pulled out of the show so last minute. A source has claimed to Variety that West had not rehearsed or prepared for the appearance.

West’s last-minute drop out came months after he was banned from the Grammys for his ‘concerning online behavior’ and attacks against ex-wife Kim Kardashian and her boyfriend Pete Davidson. 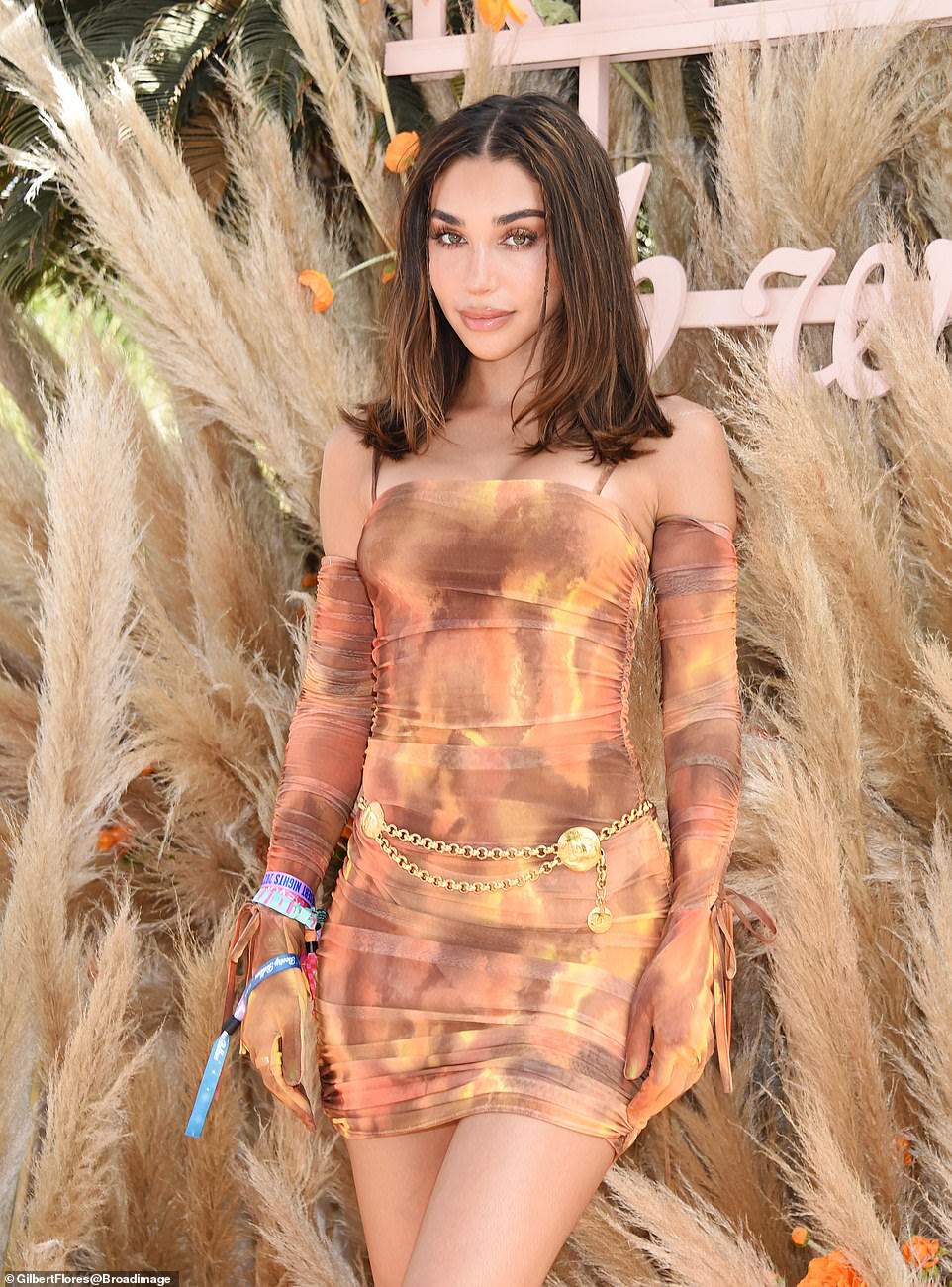 He’d also published several offensive posts to Instagram about this year’s Grammys host Trevor Noah, which prompted the social media platform to suspend his account for 24-hours for violating their terms of service.

Even beside the headliners it is a star-studded line-up as Doja Cat, Megan Thee Stallion, Lil Baby, Daniel Caesar, Phoebe Bridgers, Disclosure, Jamie XX, Run The Jewels, Big Sean, Karol G, and Maggie Rogers are all set to perform. 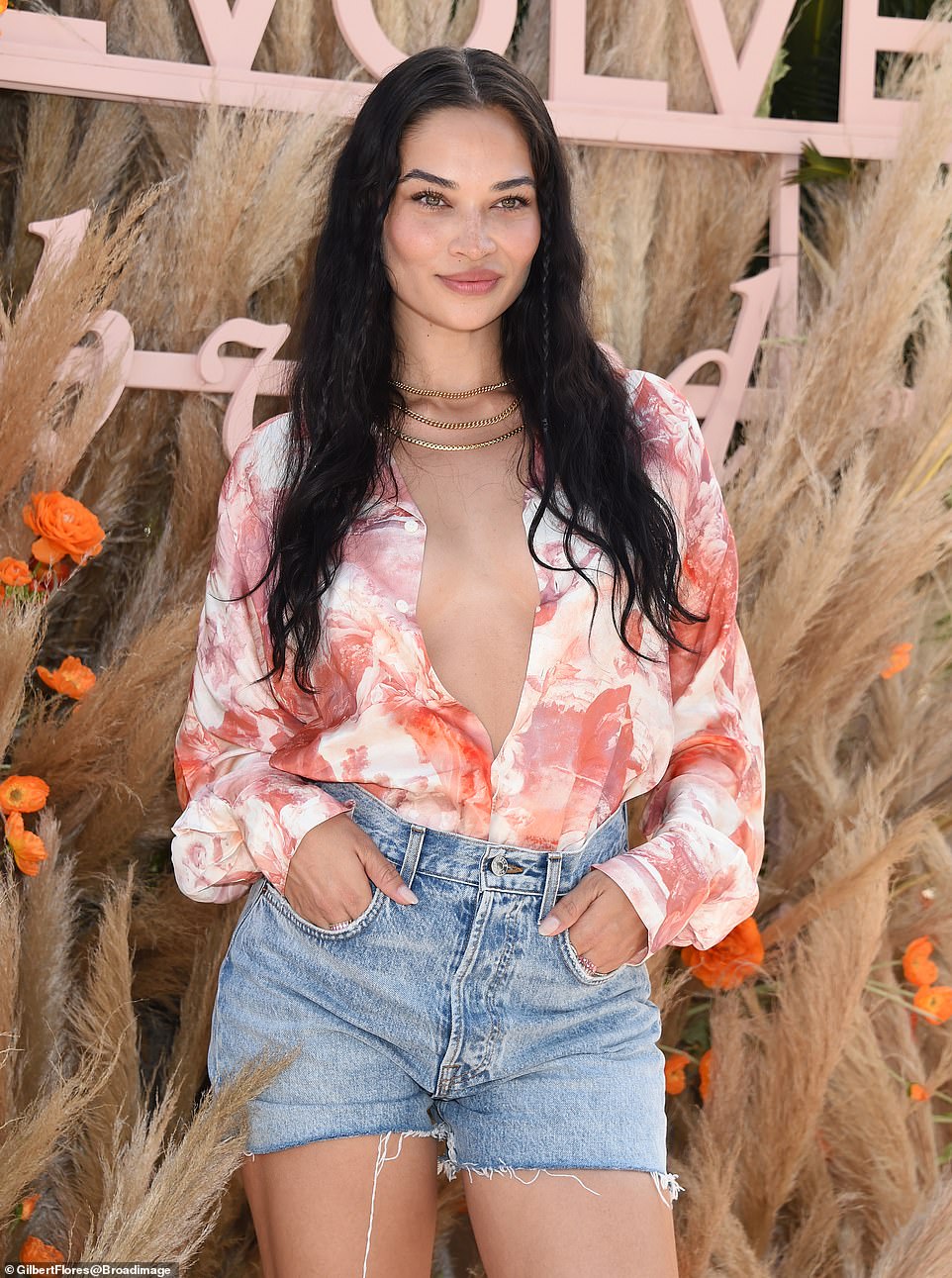 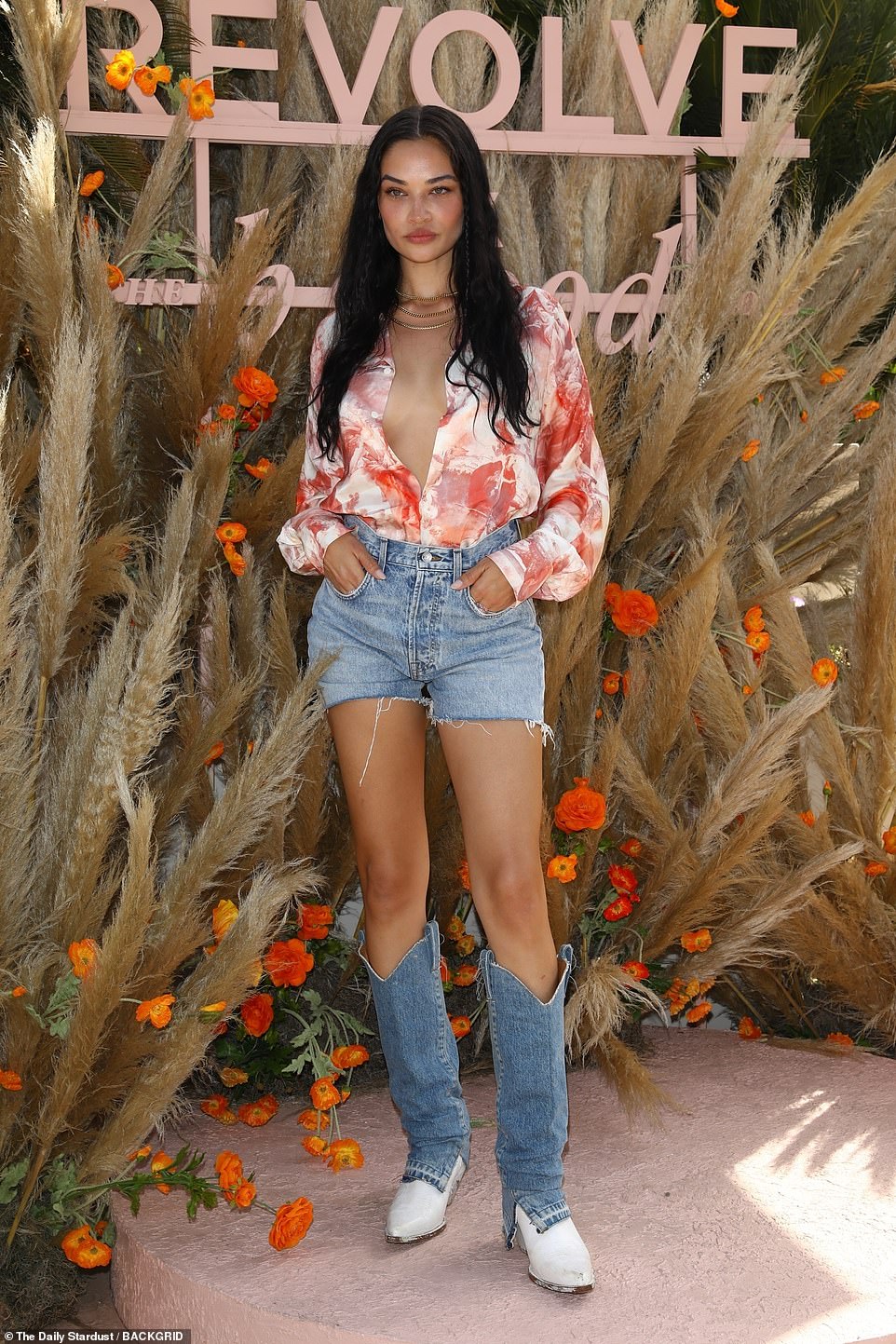 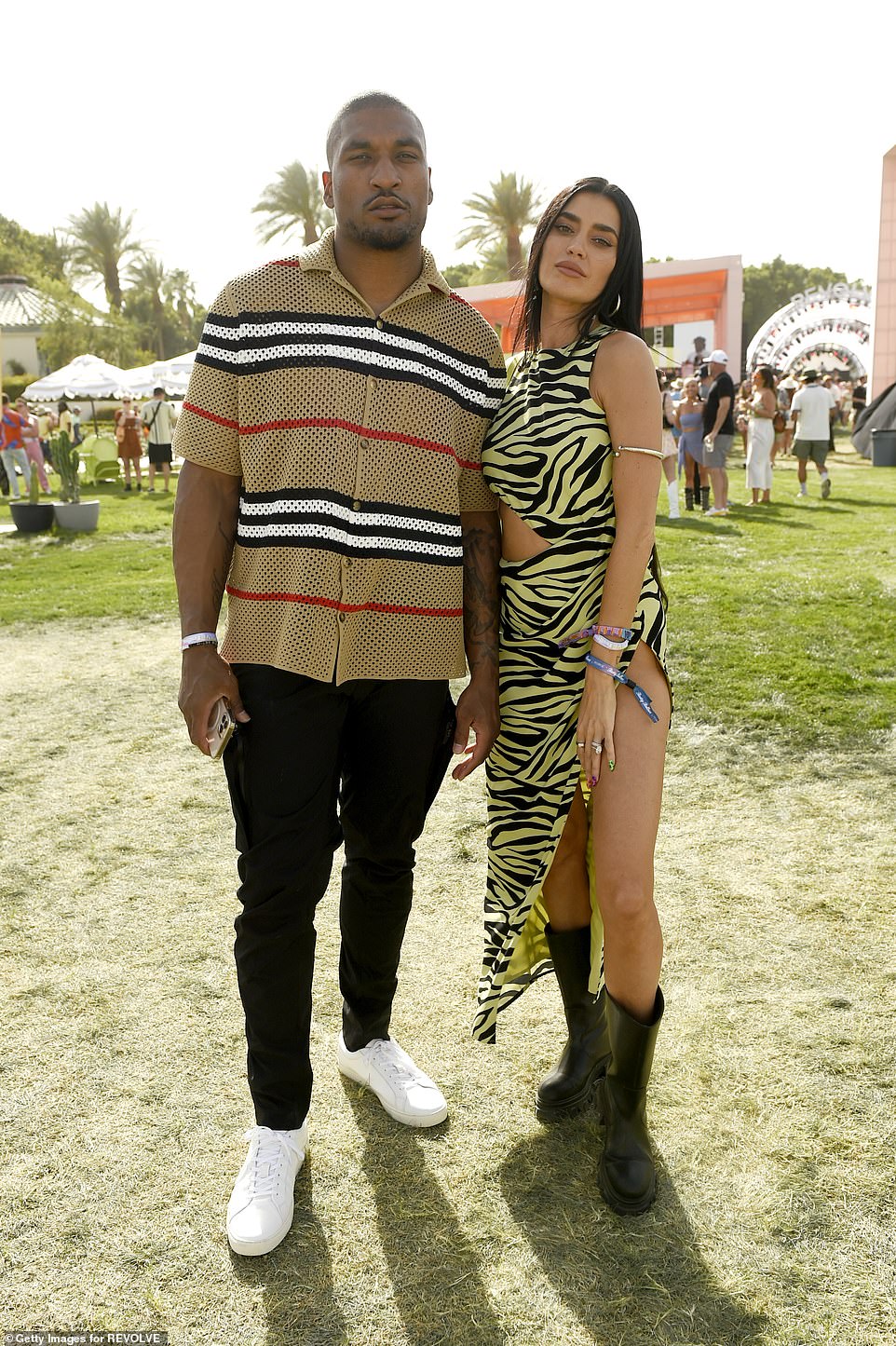 Sexy: Nicole Williams English posed with her husband Larry English while rocking a green and blcak zebra-print dress with a cutout-out on her hip 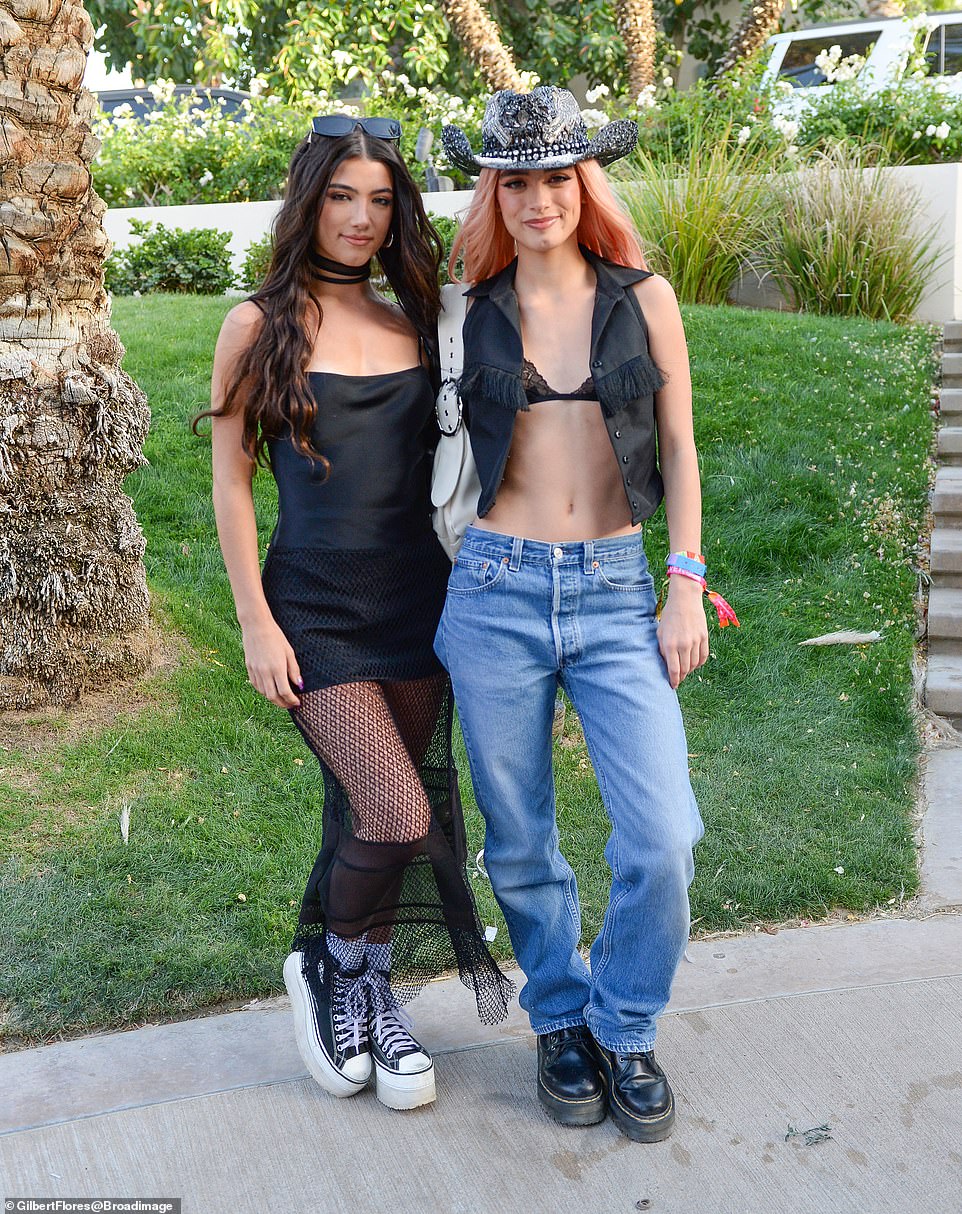 Trendy as ever: Charli D’Amelio and sister Dixie were inseparable at the event 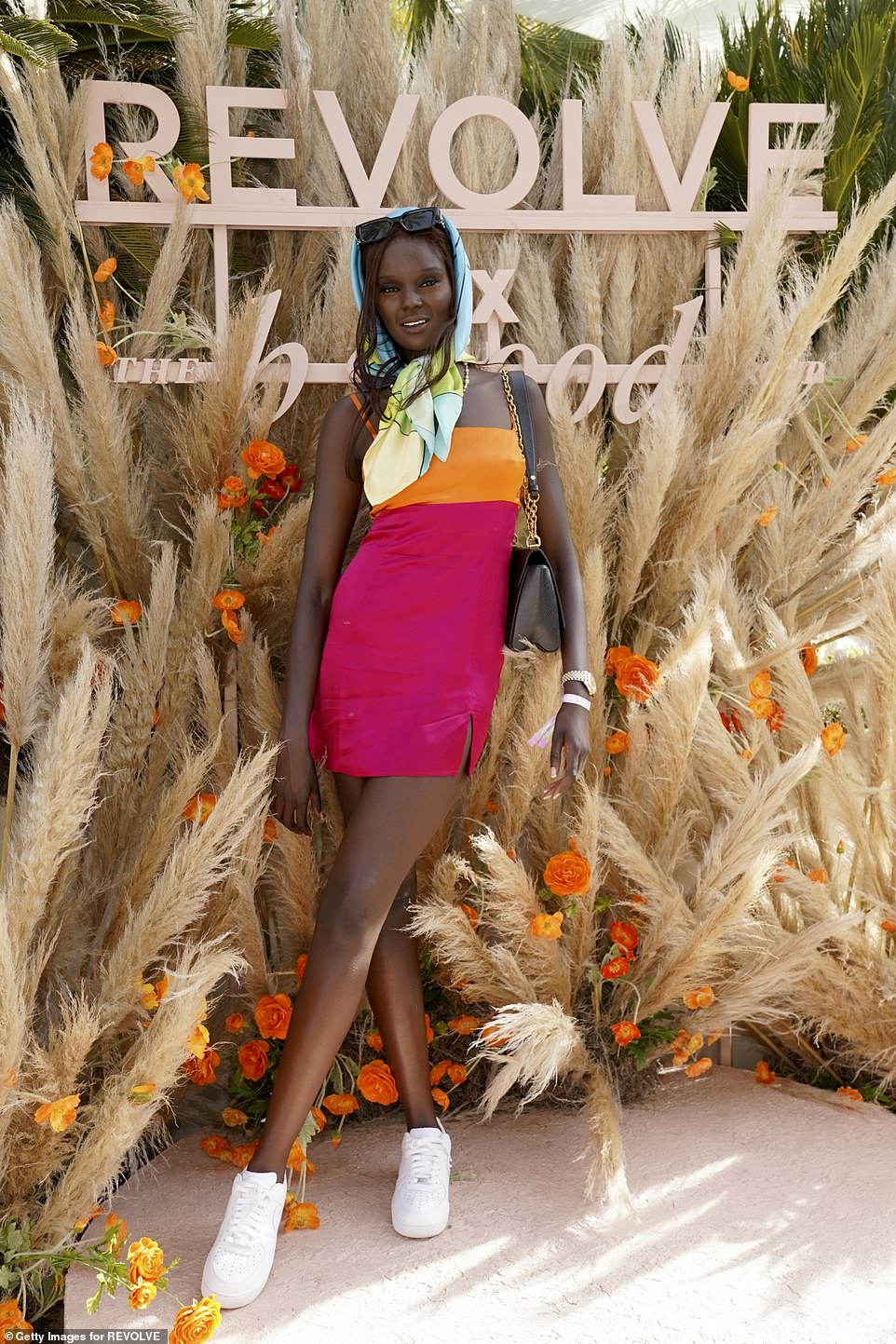 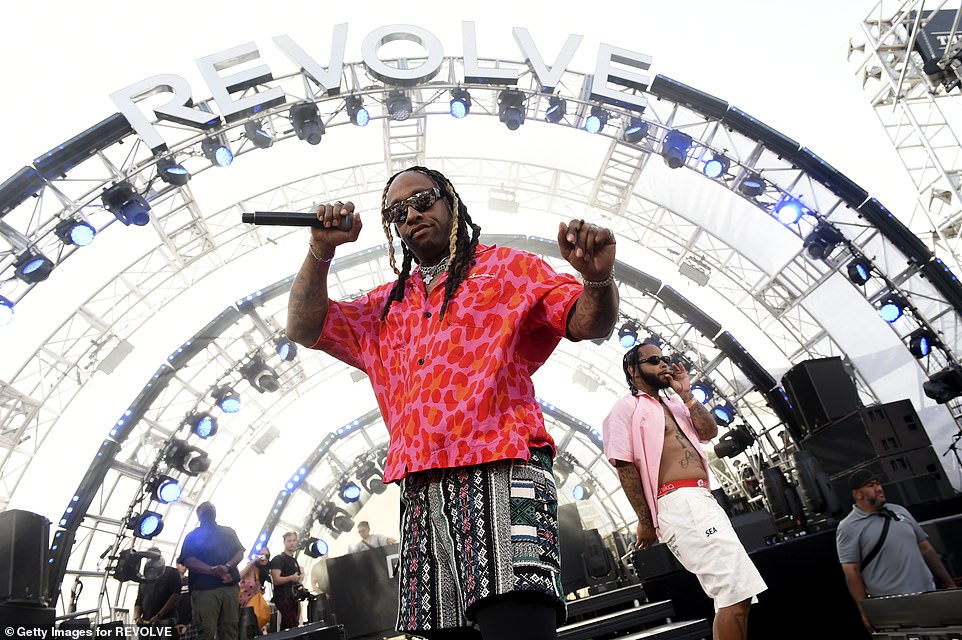 Bringing the crowd to their feet: Ty Dolla $ign performed onstage at the event in a pink and orange cheetah-print shirt and black patterned shorts 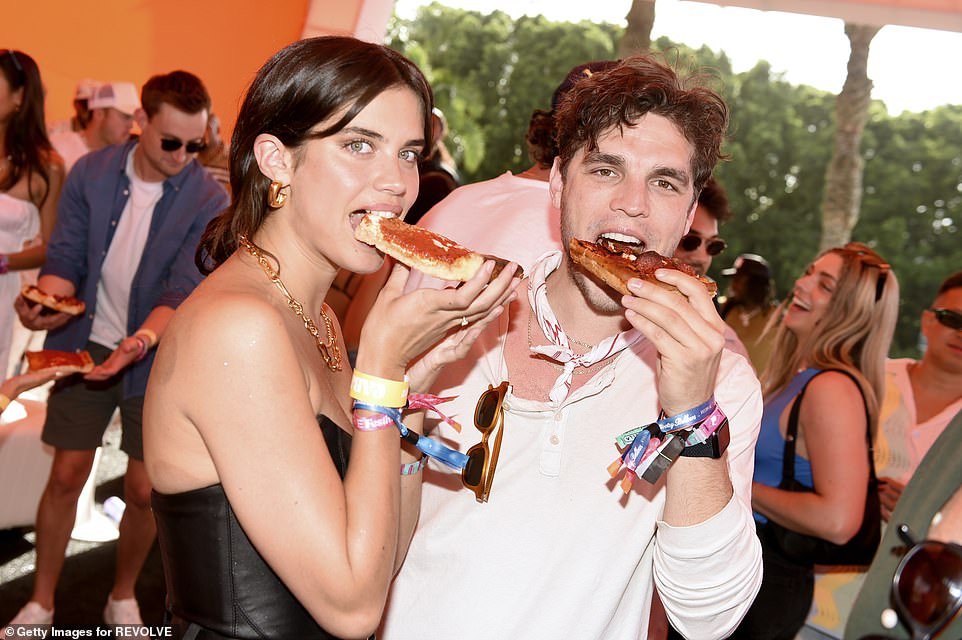 Delicious: Sampaio and her boyfriend Zac Frognowski enjoyed some pizza at the event

Back in January 2021 it was announced that the highly-popular music festival in Indio, California would be returning in Spring 2022 after two years of rescheduling due to the COVID-19 pandemic.

One of the world’s largest musical festivals, the event has been held every spring in the Coachella Valley in the Colorado desert since 1999.

After being pushed back due to the pandemic, the festival announced its long awaited return on New Year’s Day 2021 with a simple tweet that read: ‘See you in the desert’ 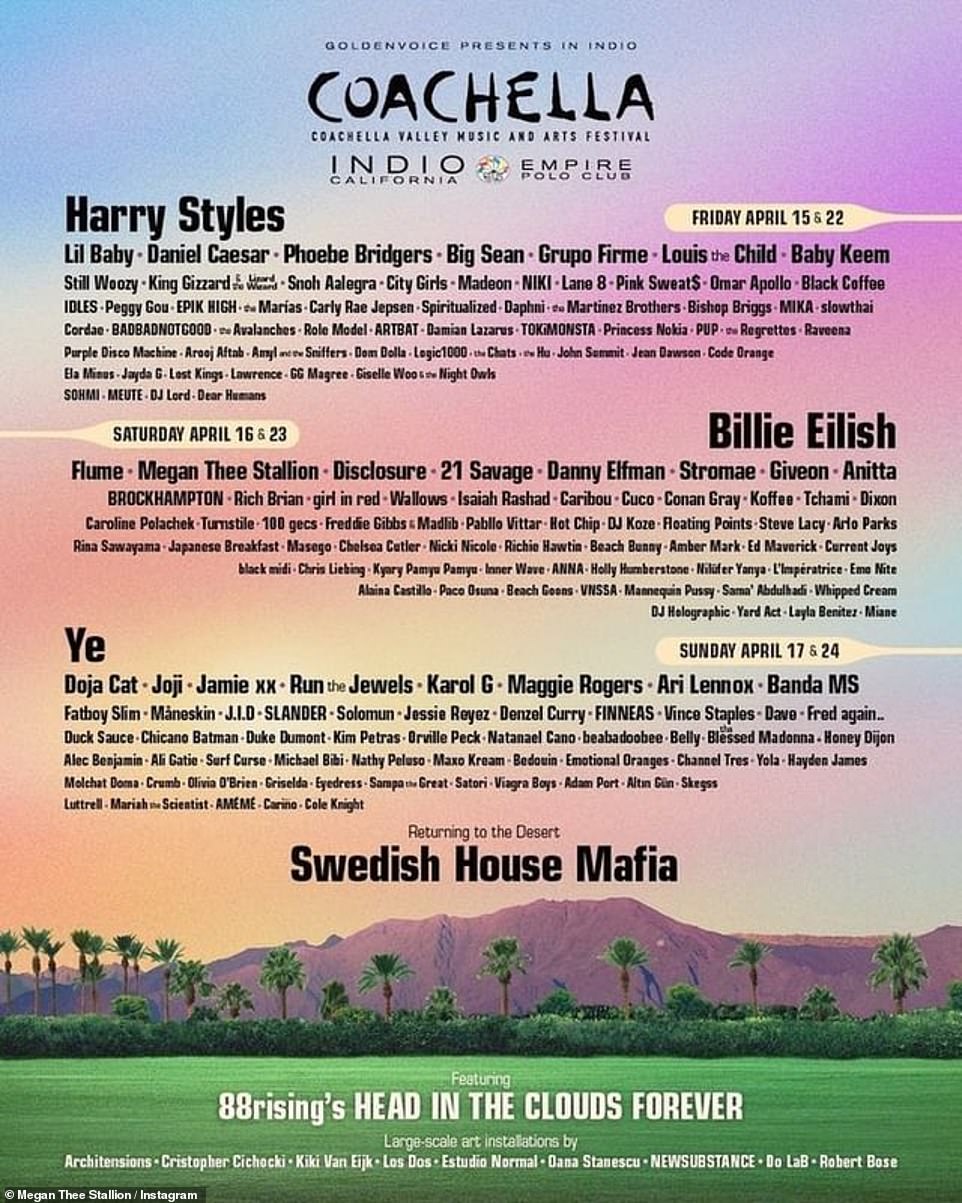 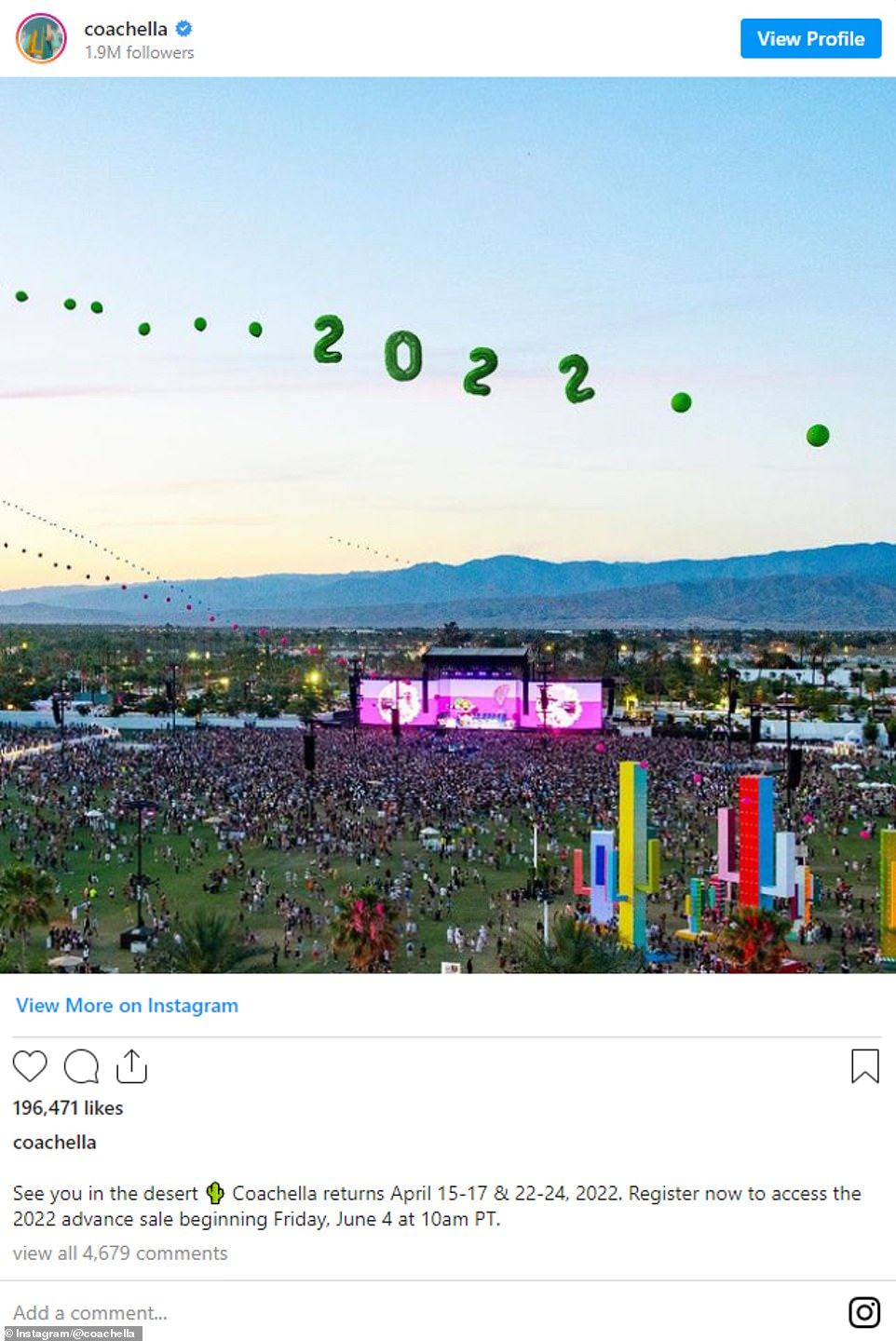 ‘See you in the desert’: Back in January 2021 it was announced that the highly-popular music festival in Indio, California would be returning in Spring 2022 after two years of rescheduling due to the COVID-19 pandemic 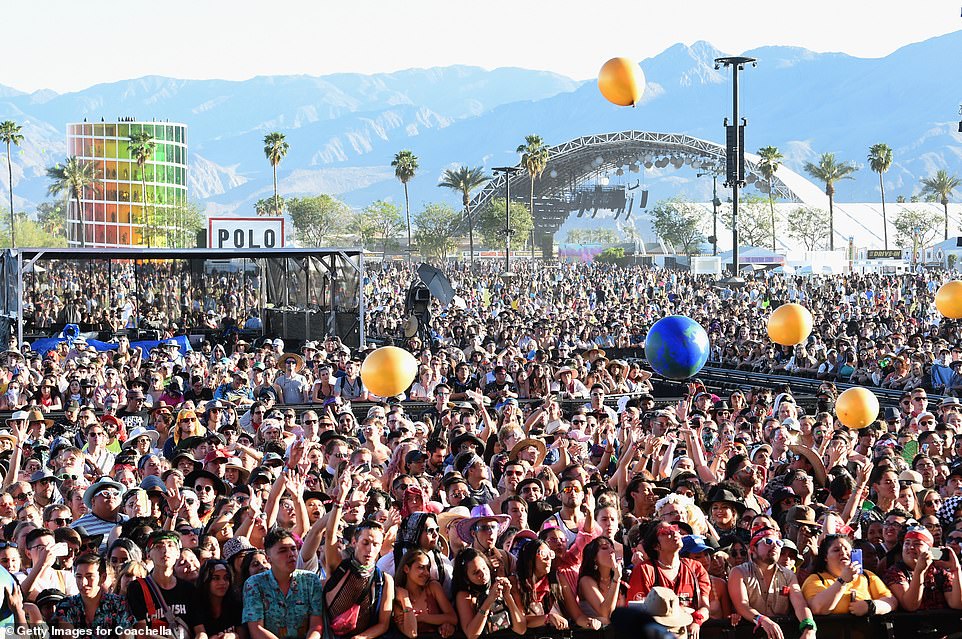 Party time: The festival (pictured in 2019) attracts over 250,000 attendees over two weekends to dance and rave to a wide variety of artist

When the coronavirus pandemic hit the US last year the festival rescheduled from April 2020 to October 2020, before being outright cancelled for the first time in 20 years that June.

The festival was then rescheduled for April 2021 before being canceled again in January after California’s public health officer ordered Coachella to cancel the event due to continued concerns over COVID.

The music festival attracts over 250,000 attendees over two weekends to dance and rave to a wide variety of artists 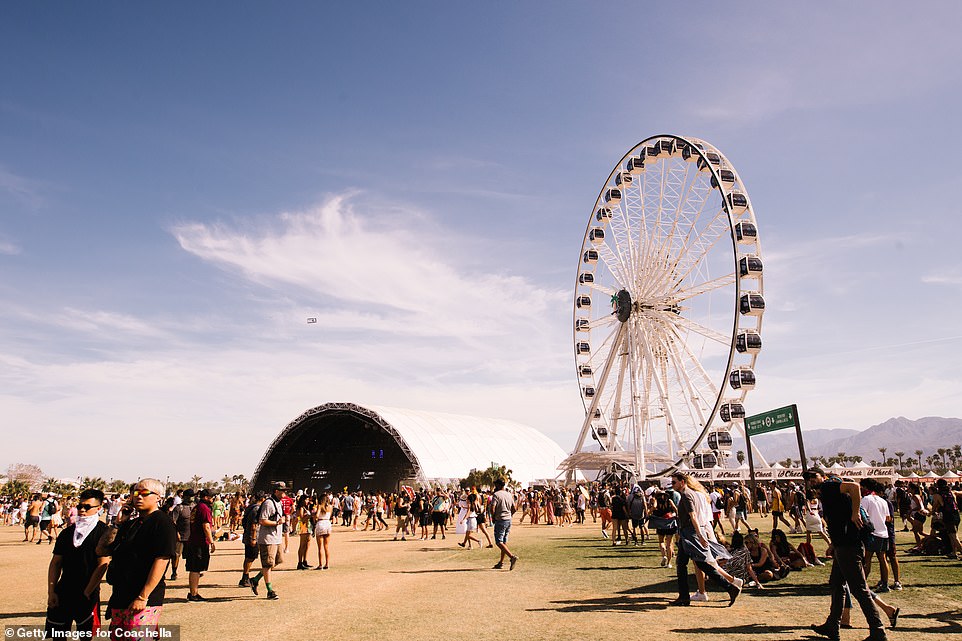 Tough times: When the coronavirus pandemic hit the US last year the festival rescheduled from April 2020 to October 2020, before being outright cancelled for the first time in 20 years that June