A prolific gang stripped the lead from dozens of rural churches across England causing utter devastation to village communities, a court was told today.

Police swooped on the Romanian men, who were all living in the West Midlands, after the targeted churches were left with repair bills collectively totalling more than £2million.

Among those counties hit hardest during the two-year crime spree by the four men were Lincolnshire, Somerset, Cambridgeshire and Yorkshire.

Those arrested were Paul Buica, 25, and Laurentiu Sucea, 38, of George Street, Birmingham and Constantin Motescu, 32, of Stebbings, Sutton Hill, Telford.

A fourth man, Mihai Birtu, 24, of Port Street, Evesham, was arrested by police in July.

In total the four entered guilty pleas to 66 offences of theft from churches and two former churches.

A prolific gang stripped the lead from dozens of rural churches across England causing utter devastation to village communities, a court was told today. Pictured: The theft at St Mary The Virgin Church in Gamlingay, Cambridgeshire, caused damage which cost more than £100,000 to repair

Half of the roof of a Grade I-listed church in Cambridgeshire was left ‘open to the sky’ after its lead covering was removed in October 2018.

The theft at St Mary The Virgin Church in Gamlingay, Cambridgeshire, caused damage which cost more than £100,000 to repair.

The Reverend Hilary Young said it was ‘highly distressing’ but praised the ‘brilliant’ community response.

A Somerset church was also forced to plan costly structural changes after lead ripped from its roof in March last year.

St Peter and St Paul’s Church in South Petherton was attacked by the thieves who stripped the entire south aisle roof of its lead.

Lead valued at £50,000 was stolen from St Andrew’s Church in the Lincolnshire village of Billingborough during December 2019.

Michael Cranmer-Brown, prosecuting, said ‘These defendants played a hugely significant part in an organised crime group whose target was lead sheeting which can be found on the roofs of churches around the country.

‘The defendants travelled the length and breadth of the country to churches set in small rural locations arriving there in the early hours of the morning, climbing on to the roof and removing large amounts of lead under cover of darkness.

‘The churches attacked were located in Lincolnshire, Humberside, Derbyshire, Cambridgeshire, Wiltshire and Avon & Somerset. Lincolnshire as a county was particularly hard hit.’ 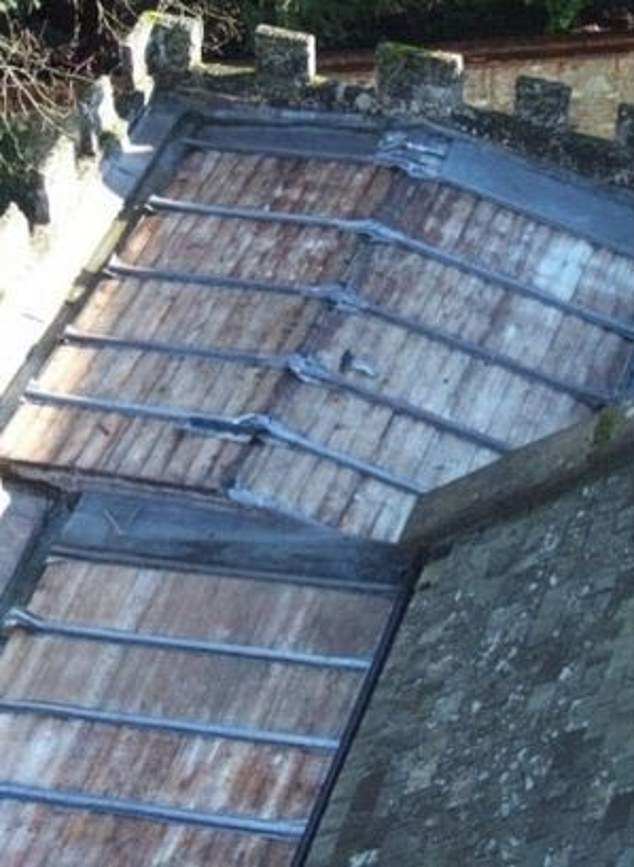 Police swooped on the men, who were all living in the West Midlands, after the targeted churches were left with repair bills collectively totalling more than £2million. Pictured: The damage caused to the roof of the Church of St Andrew and St Mary, in Pitminster, Somerset

Among other churches which fell victim in Lincolnshire were St Nicholas in Normanton, St Lawrence in Tallington, St Mary & St Nicholas at Wrangle, St Andrew in Billingborough, St Swithins at Baumber and St Bartholomew at Covenham St Bartholomew.

The loss of the lead on the churches caused water ingress which damaged their interiors.

Among those targeted in East Yorkshire were four churches which fell victim in September 2019.

All Saints Church in the Derbyshire village of Bradley was also targeted in June 2019.

And lead worth around £30,000 was also stolen from a church near Bury St Edmunds, in Suffolk.

All the men entered their guilty pleas at Lincoln Crown Court through a Romanian interpreter. 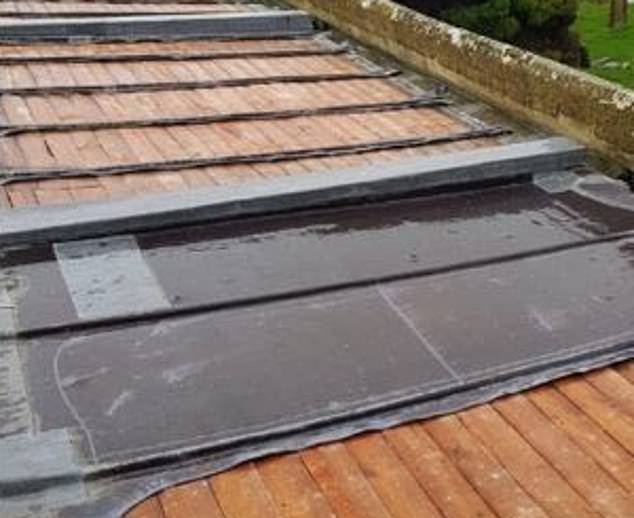 Among those counties hit hardest during the two-year crime spree by the four men were Lincolnshire, Somerset, Cambridgeshire and Yorkshire. Pictured: The damage caused to the roof of the Church of St Andrew and St Mary, in Pitminster, Somerset

The prosecutor said that loss of lead damaged not only the church buildings but caused serious problems to the local communities.

‘These buildings not only provided a focal point for Church of England services but they provide a hub for the wider community to hold events, functions for charity, coffee mornings and performances of music.

‘They also provide a venue for the most important events in the lives of the population such as weddings, baptisms and funerals.

‘They are the epicentre of the local community.’

‘The total damage and loss to the churches was in excess of £2 million.’

Mr Cranmer-Brown said that the churches were targeted after the defendants trawled the internet for potential targets.

They used hire vehicles many of which had tracking devices which provided evidence for the police as to exactly where they had been.

The lead was rolled up from the roof and thrown onto the ground sometimes damaging gravestones in the churchyard.

The individual churches were each left to foot the repair bills themselves as many could only obtain insurance cover for damage up to £7,500 and others were unable to obtain any insurance.

During 2019 Lincolnshire Police set up a dedicated team to work with the Diocese of Lincoln after the spike in lead theft cases.

Chief inspector Phil Vickers said: ‘During 2019 Lincolnshire Police worked with the Lincoln Diocese and individual church premises across the county, providing site-specific advice to 53 premises as well as broader guidance to prevent offending, in addition to several hundred site visits that had been carried out previously.

‘The impact of these offences goes well beyond the significant financial cost. Communities have felt a great sense of loss at the damage caused to their heritage, and increased vulnerability due to the rural nature of many of the premises .

‘We know that in addition to the loss of lead, extensive damage has been caused to the fabric of the buildings by water ingress during bad weather.

‘We continue to work with rural communities to prevent offending, and encourage anyone seeing or hearing anything suspicious at Heritage Sites, particularly at night but also during the day, to contact Police immediately.’