Rarely seen Roman Polanski enjoyed a night out in Paris with his French actress wife Emmanuelle Seigner on Wednesday.

The film director, 89, wore a stylish black leather jacket as he stepped out with his partner who followed on behind him.

He completed his look with a dark green jumper, dark jeans and trainers while sweeping back his long grey hair.

Stepping out: Rarely seen Roman Polanski enjoyed a night out in Paris with his French actress wife Emmanuelle Seigner on Wednesday

The pair looked happy and relaxed as they stepped out, as fans on the street posed for pictures with him and chatted away.

It comes after prosecutors in Los Angeles revisited his 45-year-old rape case. Roman and Emmanuelle married in 1989, 11 years after he fled the US on the run from the law. 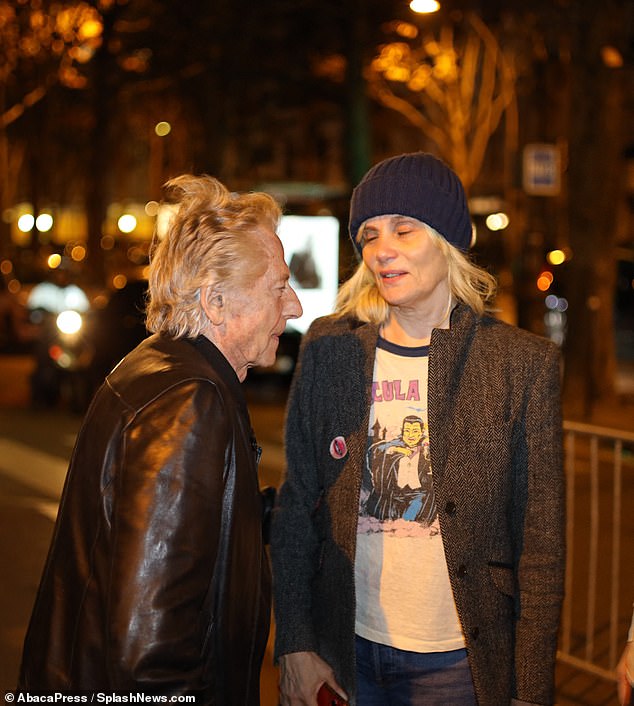 Together: The film director, 89, wore a stylish black leather jacket as he stepped out with his partner who followed on behind him

Polanski is awaiting a decision in the long drawn out case of him raping an underage girl at Jack Nicholson’s home in 1977, when he was in his early forties and the victim, Samantha Geimer  was 13.

He admitted having sex with the minor after Geimer – who has since come forward to identify herself publicly – told police he drugged her champagne and forced himself on her.

While awaiting sentencing, Polanski fled L.A. for Europe. He has long claimed he was the victim of judicial misconduct and that the judge reneged on a promise not to jail him.

In July, after decades of secrecy, court documents from the case were unsealed and they appeared to uphold Polanski’s claim that the judge behaved improperly. 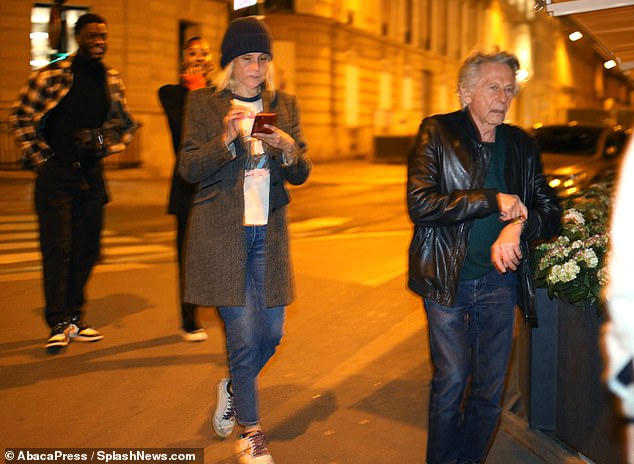 Night out: He completed his look with a dark green jumper, dark jeans and trainers while sweeping back his long grey hair.

Now, Polanski and his attorneys are fighting for him to be sentenced in absentia, bringing an end to his decades-long status as a fugitive.

In 1978, he was due to be sentenced to probation by Judge Laurence Rittenband but at the last minute, discovered the judge planned to instead jail him for up to 120 days.

Rittenband, who died in 1993, said he had been influenced by the media and needed to be tougher on the then 45-year-old movie director.

He promised to get him out in under 120 days but Polanski, skittish after their reneged-deal and fearing he may be put behind bars for longer, ran for France. He has remained in Europe ever since, fighting off effort to have him sentenced in absentia or extradited to the US as a fugitive. 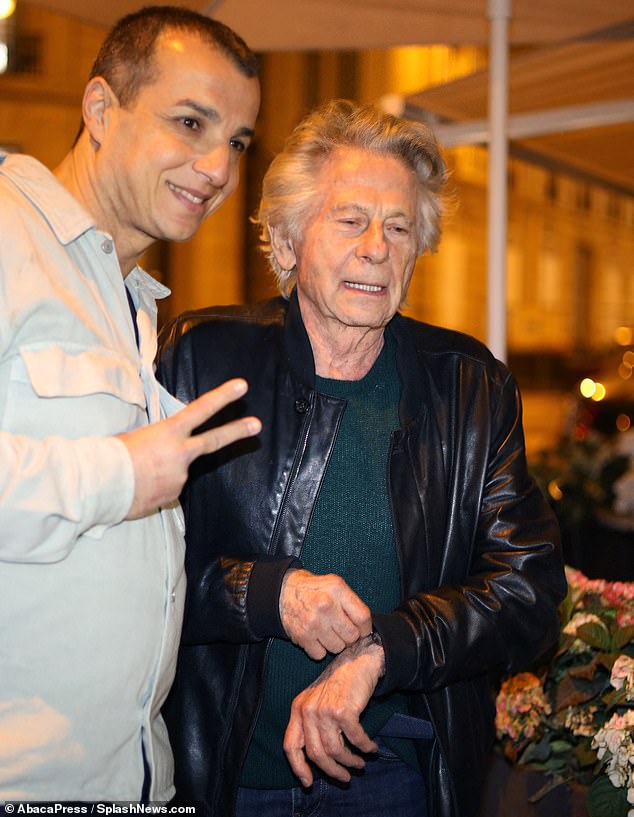 Difficult: Roman and Emmanuelle married in 1989, 11 years after he fled the US on the run from the law

For decades, the case has been ringfenced by prosecutors in the L.A. District Attorney’s office but it is now being revisited.

The newly unsealed documents are hundreds of pages of testimony from former Deputy District Attorney Roger Gunson that have been unsealed after a request from journalists to make the papers public.

The request is supported by everyone involved – Polanski wanted them to be made public to prove judicial misconduct and Geimer, now 59, wants the case to be dismissed.

Last week, after resisting efforts to make the documents public like his predecessors, L.A. DA George Gascon agreed that they should be unsealed. 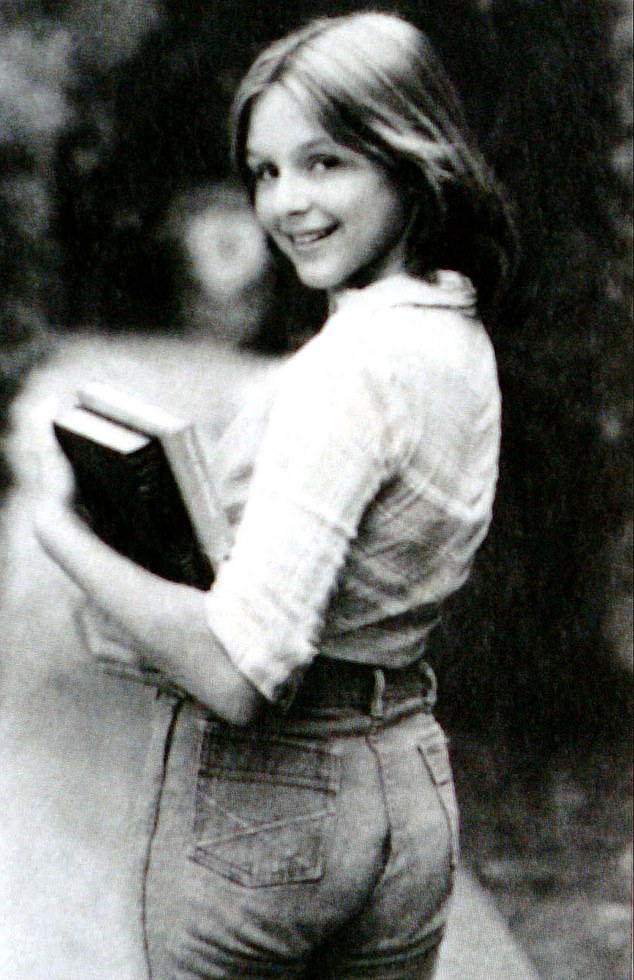 Old case: Samantha Geimer, 13, (pictured) told police that Polanski spiked her champagne and forced her into having sex with him at Jack Nicholson’s house in 1977

One of his advisers told Variety: ‘The suspicion has been around this case for 40 years. Many people are suspicious that something untoward occurred. We share that curiosity and that concern.’

The California Court of Appeals in Los Angeles ordered them unsealed shortly afterwards.

Gunson gave the testimony in 2010 at the request of Polanski’s legal team. At the time, he was suffering from unspecified health issues that Polanski’s team feared may prevent him from testifying later, if the case was ever reopened.

The testimony seems to confirm Polanski’s claim that the judge behaved improperly and shows how almost everyone involved – the prosecutors, Polanski and the victim – were dissatisfied. 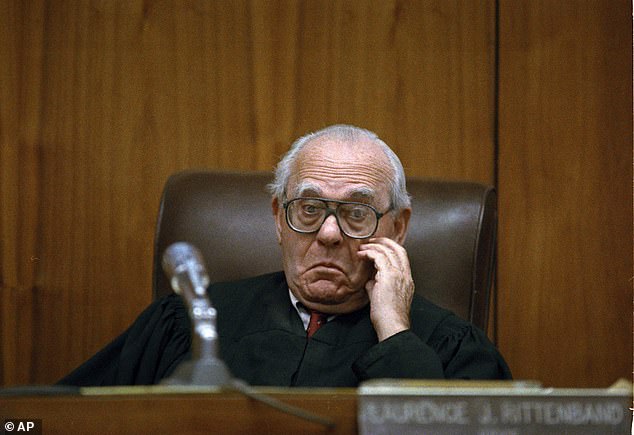 Difficult: Roman says he was lied to by Judge Laurence J. Rittenband (pictured) and that he is why he went on the run. Rittenband, who died in 1993, told the actor’s legal team he would jail him for up to 120 days after initially promising not to jail him at all

‘The judge had promised him on two occasions… something that he reneged on.

‘So it wasn´t surprising to me that, when he was told he was going to be sent off to state prison… that he could not or would not trust the judge,’ Gunson said.

He testified that Rittenband took advice on the case from ‘all over the place’, being easily influenced by the media and celebrities.

Gunson even tried to have him recused but his request was shot down by his superiors. 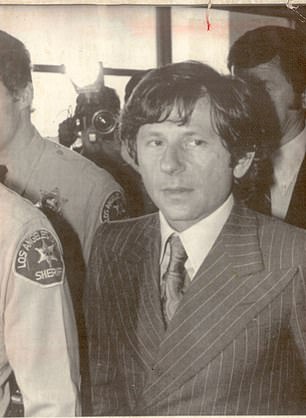 Court: Roman is shown in 1977 after being arrested for rape. He pleaded guilty to unlawful sex with a minor in exchange for prosecutors dropping drug, rape and sodomy charges

He also testified about other flaws in the investigation.

According to him, police officers who went to Nicholson’s home were caught taking photographs with the actor’s Oscars.

Polanski’s attorneys are fighting for him to be sentenced in absentia in order to end his current status as a fugitive. Their goal is for him to be handed a time served sentence.

Geimer, who won $600,000 from Polanski in a civil settlement, wants the case to be dropped.

She previously testified before a grand jury that during a photo shoot at Jack Nicholson´s house in March 1977 when the actor wasn´t home, Polanski gave her champagne and part of a sedative, then forced her to have sex.

She didn´t fight him because she was afraid of him but her mother later called police.

When she refused to testify in court, Polanski pleaded guilty to unlawful sex with a minor in exchange for prosecutors dropping drug, rape and sodomy charges.

Rittenband sent Polanski to state prison in 1978 for 90 days.

He spent 42 days there for a psychiatric evaluation, and received a recommendation from the prison that the film director should not serve any additional time.

Gunson, the prosecutor, wrote that Rittenband thought the recommendation was ‘whitewash’ and told Polanski’s team he would sentence him to 120 days in prison, but would get him out sooner.

Gunson acknowledged during his testimony that the judge had discretion to sentence Polanski up to 50 years because there had been no agreed-upon sentence. 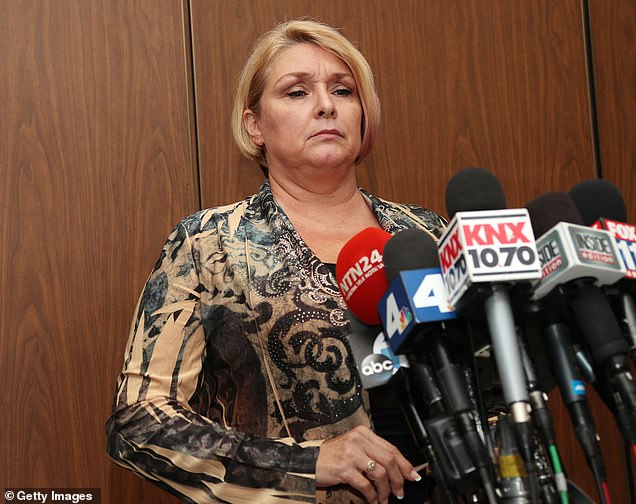 Having her say: Geimer, pictured in 2017, has long been fighting for the documents to be made public and for the case to be dismissed. She says the decades-long saga has prolonged her suffering

Rittenband, who also presided over the divorce between Elvis and Priscilla Presley, vowed to stay on the bench until the director returned to the US. He retired in 1989 and died four years later.

The L.A. District Attorney’s Office has long resisted revisiting the case or making any of the documents public.

In the past, prosecutors have cited Geimer as their reason for the secrecy, despite her repeated requests to unseal the documents and dismiss the case.

In 2017, she traveled from her home in Hawaii to Los Angeles to urge a judge to end ‘a 40-year sentence which has been imposed on the victim of a crime as well as the perpetrator.’

‘I implore you to consider taking action to finally bring this matter to a close as an act of mercy to myself and my family,’ Geimer said.

Geimer went public years ago and wrote a memoir titled ‘The Girl: A Life in the Shadow of Roman Polanski.’ The cover features a photo shot by Polanski.

Last month, she implored Gascon to agree to the documents being unsealed. In a statement in July, he agreed.

‘This case has been described by the courts as one of the longest-running sagas in California criminal justice history. For years, this office has fought the release of information that the victim and public have a right to know,’ he said.

The California Appeals Court then ordered the documents to be made public.

Laurence Rittenband, the judge presiding over the case against Roman Polanski, became the unintended villain after promising the director a soft sentence of up to 120 days in jail, sending him running to Europe and kicking off a 40 year saga that continues today.

Rittenband was as image-conscious as the Hollywood stars whose cases he was involved with.

He invited journalists into his chambers to discuss the inner-workings of cases, a prosecutorial no-no that is unimaginable today.

He later would rule on the divorce between Elvis and Priscilla Presley, Marlon Brando’s custody battle with Anna Kashfi and a paternity lawsuit brought against the actor Cary Grant by Cynthia Bouron. 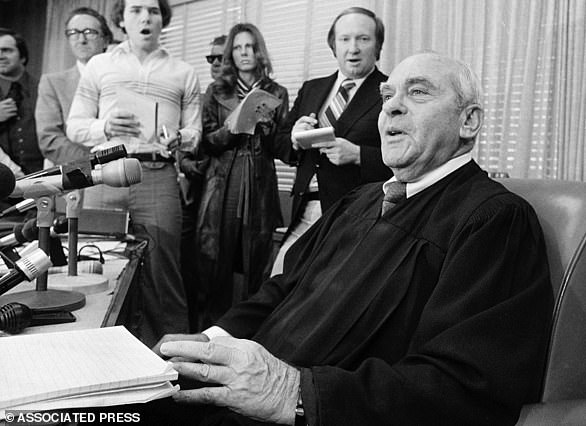 Judge Rittenband is shown discussing the case against Polanski with journalists in 1978. He died in 1993 after vowing to stay on the bench until Polanski was brought back to the US to be sentenced

He sent him to Chino State Prison for a psychiatric evaluation, then assured him that would be his only sentence.

It was a decision that attracted criticism from the press and from the victim’s supporters.

Labeling it ‘whitewash’, he decided to go harder. He told Polanski’s team that he would sentence the director to 120 days in state prison but that he would get him out beforehand.

For years to come, Rittenband promised to bring him to justice. He went as far as to say he would not retire from the bench until Polanski was brought home for sentencing.

In a strange coincidence, Rittenband was once involved in the case against Charles Manson, whose followers murdered Polanski’s wife Sharon Tate.

He briefly presided over an appearance where Manson refused to face the court, telling him that he would not proceed until he did.

Manson turned around and the case went forward.

The cult leader was later sentenced to death by a different judge. Tate was married to Polanski when she was murdered in 1969 – nine years before Polanski raped Geimer.