The Moscow-born gallery owner, 39, is the ex-wife of billionaire Chelsea football club owner Roman Abramovich, with whom she shares two children, a son, Aaron Alexander, born in 2009 and daughter, Leah Lou, born in 2013.

According to Page Six, she and husband Stavros, 34, are ‘thrilled’ about the pregnancy, which comes less than a year after the couple tied the knot in a star-studded £5million wedding in glitzy ski resort St Moritz in January.

Dasha, a successful businesswoman and Stavros who was born in New York, had been friends for more than a decade but became a couple after her split in 2017 with Abramovich.

Dasha was married to Chelsea owner Roman, 53, for nearly 10 years before ending their relationship with a multi-million pound divorce in 2017.

Both of their children were born in the USA and live with their mother in Manhattan while attending school in the city.

Stavros’ most high-profile romance to date was with socialite Paris, 38, who he dated from late 2005 until March 2007.

The businessman, who is part of the Greek shipping Niarchos dynasty, was also in relationships with actresses Lindsay Lohan and Mary-Kate Olsen, and model Jessica Hart. 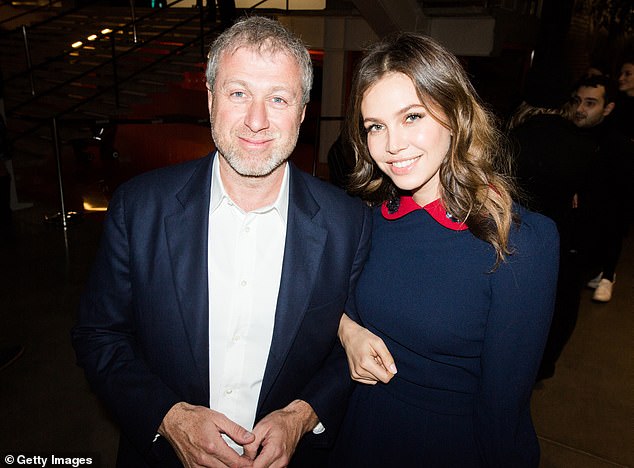 The gallery owner is the ex-wife of Chelsea owner Roman Abramovich, with whom she shares two of her seven children, a son, Aaron Alexander, born in 2009 and daughter, Leah Lou, born in 2013

Upon their split, Dasha and Roman said they were committed to jointly raising their children together and working together as co-founders of the Garage Museum of Contemporary Art and the New Holland Island cultural center in St Petersburg.

The settlement included the transfer of over $92 million worth of property to Dasha – including a four-story mansion in Manhattan.

Stravos and Dasha have been close friends for a decade but Vanity Fair Espana first picked up on the relationship in August 2018, just after the split between Abramovich and Zhukova was confirmed in a statement. 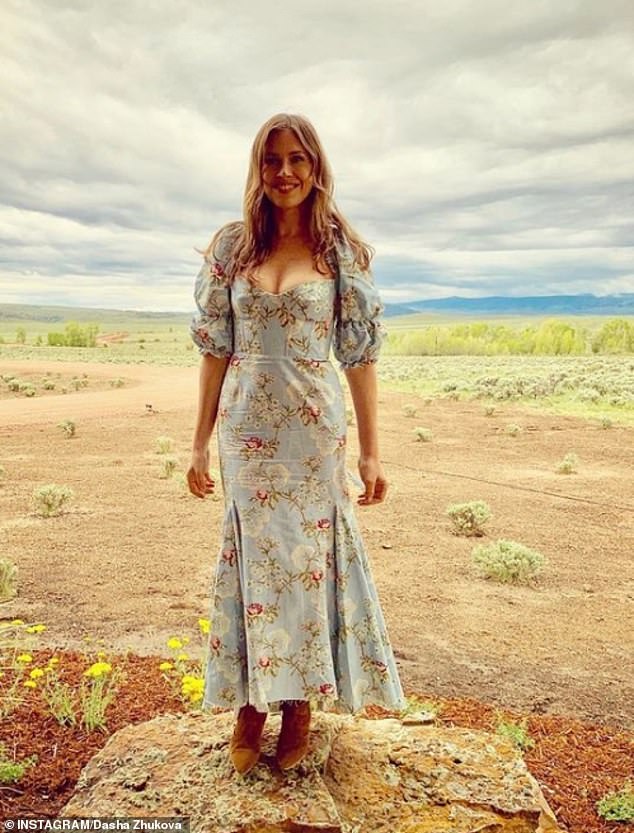 Dasha and her new husband are said to be ‘thrilled’ about the pregnancy, after marrying in a star-studded ceremony in January

Dasha and Stravo’s relationship was all but confirmed back in January 2019 when he spent New Year’s Eve with her friends in Peru.

Royalty, Hollywood and the world of fashion were present at the couple’s wedding in January when they married in a specially erected marquee close to the main ski jump Olympaschanze. 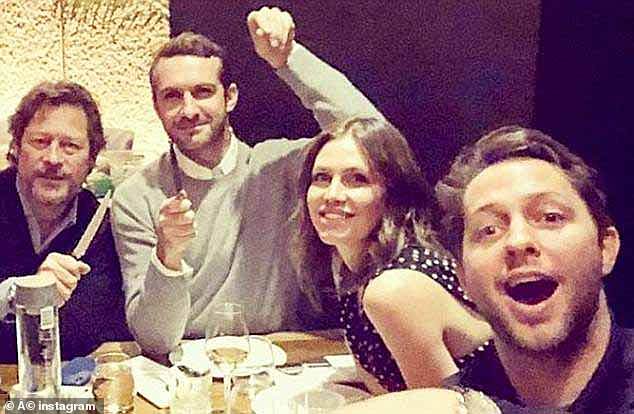 The couple, who have been friends for more than a decade, were married in January of this year

Pictures of the nuptials were not released at the time but have now emerged.

In one picture the couple are seen with the mayor of St Moritz, Christian Jott Jenny.

The £6 million Swiss leg of the marriage was held 24 hours before scheduled with guests keeping the timing a secret with the main celebration was at the Kulm Hotel.

The bride was given away by her father Alexander Zhukov, 66, a Russian businessman who is a British citizen.