BREAKING NEWS: Roger Federer crashes OUT of Wimbledon as he loses in straight sets to Hubert Hurkacz in a Centre Court shock… including losing the last set 6-0 for the first time EVER!

Roger Federer’s hopes of winning a ninth Wimbledon title were ended by a quarter-final loss to Poland’s Hubert Hurkacz.

The 39-year-old had played himself into form through the first week at the All England Club to raise hopes of an improbable trophy run after two knee operations and a month short of his 40th birthday.

But Hurkacz is a top-20 player and 15 years Federer’s junior, and was simply too good on the day for his opponent, who suffered a straight-sets loss at Wimbledon for the first time in 19 years.

After a poor first set in breezy conditions, Federer led 4-1 in the second but he could not find his timing and Hurkacz kept his wonderfully to win 6-3 7-6 (4) 6-0, handing the Swiss his first ever bagel at Wimbledon.

Federer was broken 10 times on serve

The result also marked Federer’s first straight sets defeat at Wimbledon since a first-round loss to Mario Ancic in back in 2002.

Federer’s position in the 2021 ATP ‘race’ of 40th tells more of the story, and once he had lost the tiebreak 7-4 he unravelled against the number 14 seed, whose serve has been phenomenally strong this fortnight. 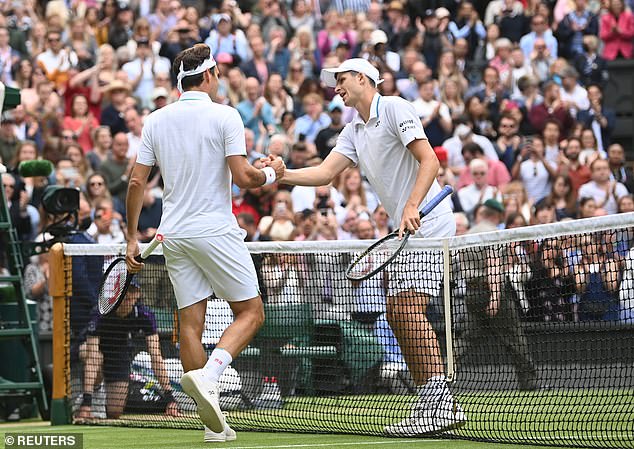 The Swiss world number eight, who turns 40 in August, lost in straight sets to Hurkacz 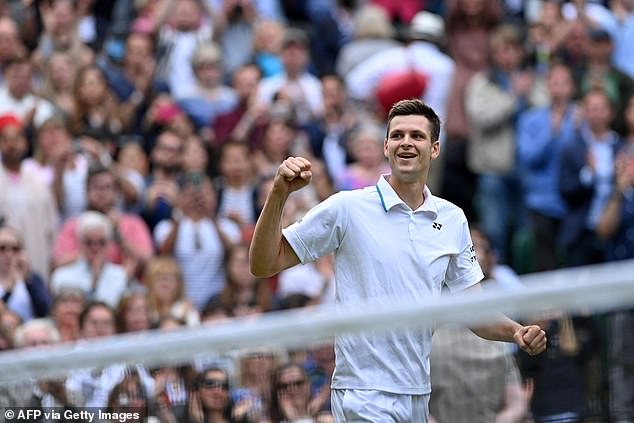 Like a lot of players the Polish number one grew up idolising Federer but showed him little respect in putting him away in an hour and 49 minutes.

‘It’s super special for me on this special court against Roger, it’s a dream come true,’ said Hurkacz, through to his first Grand Slam semi-final.

‘I’m proud to be here playing on grass, I’m very happy and can’t wait for the next match.’

The question remains as to whether this will be the last time we see Federer on the court at the All England Club. 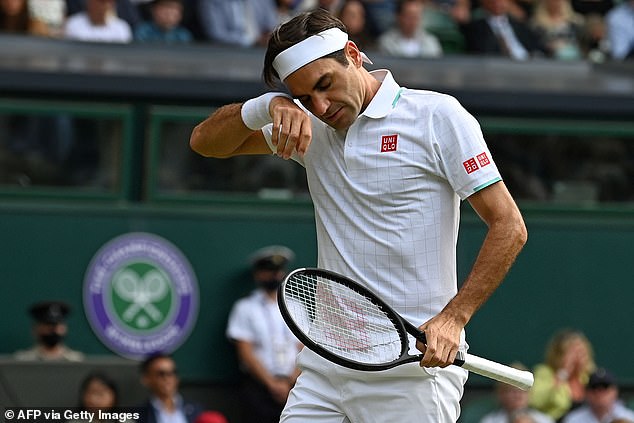 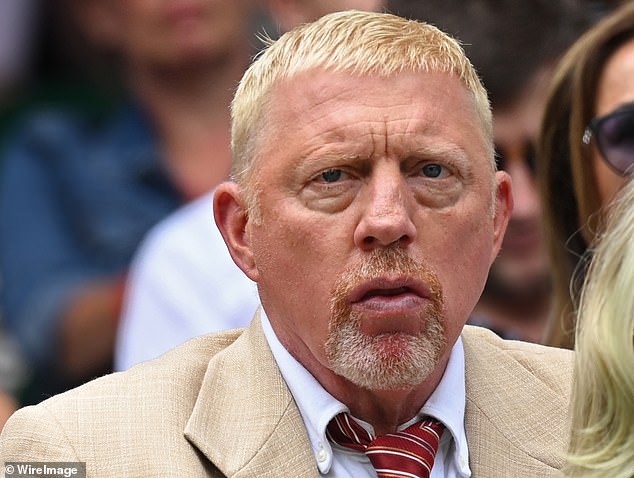 Former German No.1 and three-time Wimbledon champion Boris Becker said: ‘I noticed the mis-hits, awkward looking points from Roger and obviously the last set of course, 6-0.

‘He would never ever say if there was a niggle, but I don’t know if we will ever see the great man again here.’

While the future looks bright for Hurkacz – who will face either Matteo Berrettini or Felix Auger-Aliassime next.

Hurkacz has also become one of three first-time Wimbledon semi-finalists that will play on Friday.