Britain is set to celebrate Her Majesty The Queen’s Platinum Jubilee on Saturday with a star studded concert transmitted to millions around the world.

The Platinum Party at the Palace will see legendary rocker Rod Stewart, 77, take to the stage alongside the likes of Diana Ross, Queen + Adam Lambert and Andrea Bocelli for the three-stage, two-and-a-half-hour event.

And the Maggie May hitmaker was busy in rehearsals on Wednesday as he belted out some of his famous tunes on one of the impressive stages that been erected outside the Queen’s London residence.

Stewart’s on stage: Rod Stewart, 77, cut a stylish figure in a plaid blazer as he rehearsed on the outdoor Buckingham Palace stage ahead of Saturday’s star-studded Jubilee concert on Wednesday

As the proud son of Scottish parents Rod donned a navy and red plaid blazer for the sound check as his image was projected onto huge television screens.

The large stage with 15 high-tech spotlights had been build in front of the famous marble and bronze Victoria memorial monument. 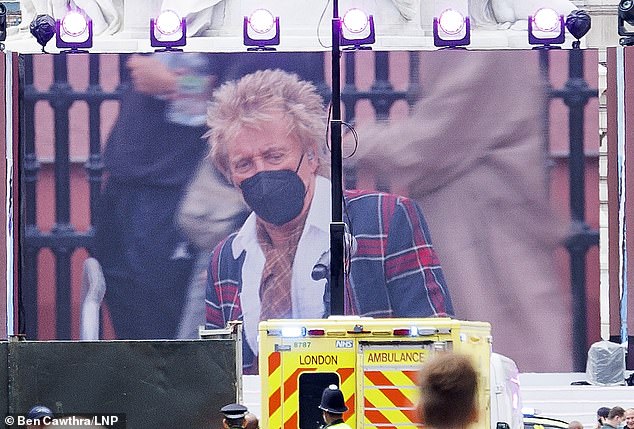 Flying the flag: As the proud son of Scottish parents Rod donned a navy and red plaid blazer for the sound check as his image was projected onto huge television screens 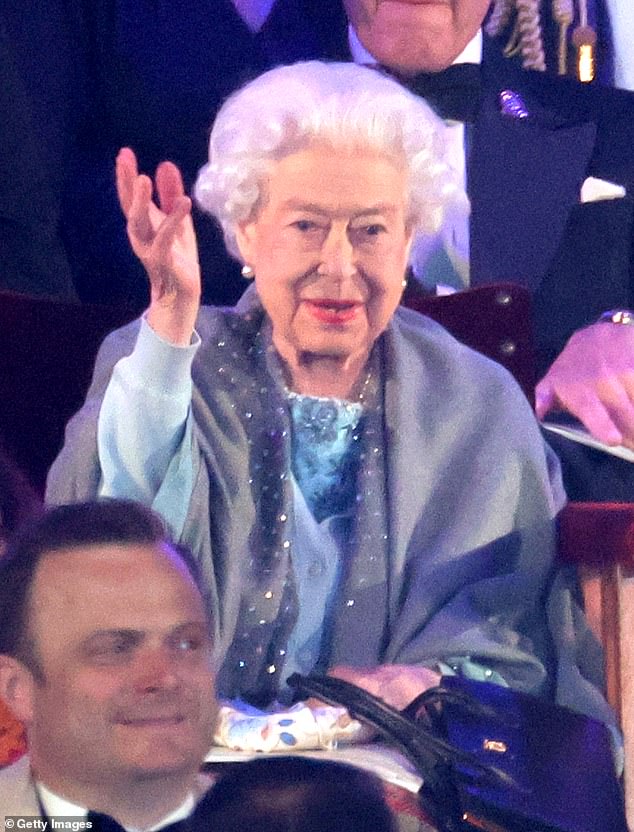 All stars: The line-up will also include Diana Ross, Queen and Andrea Bocelli (Queen Elizabeth II pictured at her Official Platinum Jubilee Celebration this month)

In a bid to remain fighting fit the singer opted for a black face mask as he wore his hair in it’s usual youthful style.

The surrounding area had been cornered off by police as crowds of staff and two on site ambulances enjoyed the show.

Rod’s gorgeous wife Penny, 51, later shared a snap to her Instagram stories as they posed in front of the palace’s icon iron gates. 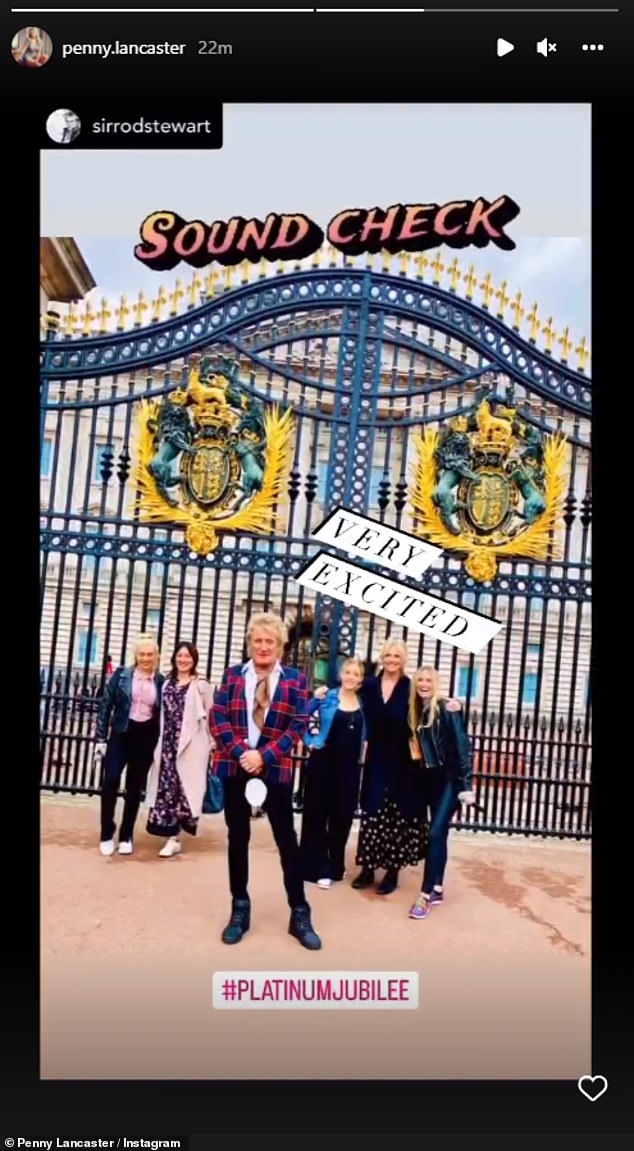 Proud Penny: Rod’s gorgeous wife Penny, 51, shared a snap to her Instagram stories as they posed in front of the palace’s icon iron gates

Rod removed his mask for the image as he posed alongside his family who were clearly beaming with pride.

This comes after a frail looking Elton John, 75, was spotted using a wheelchair ahead of his pre-recorded performance that will be transmitted during Saturday’s show. 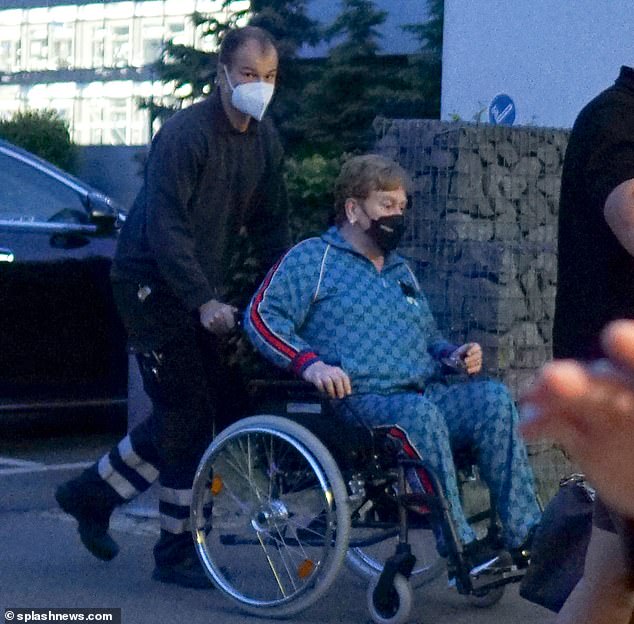 Helping hand: This comes after a frail looking Elton John was spotted using a wheelchair ahead of his pre-recorded performance that will be transmitted during Saturday’s show

The singer was clad in one of his trademark Gucci tracksuits and wore a face mask when arrived at Leipzig Airport in a wheelchair on Friday, before heading home to Nice after his show.

Back in 2019, Elton revealed he was using a wheelchair after suffering a sprained ankle.

Speaking from Florence he said : ‘Not even a sprained ankle could keep me away from seeing one one of the most beautiful museums in the world.’ 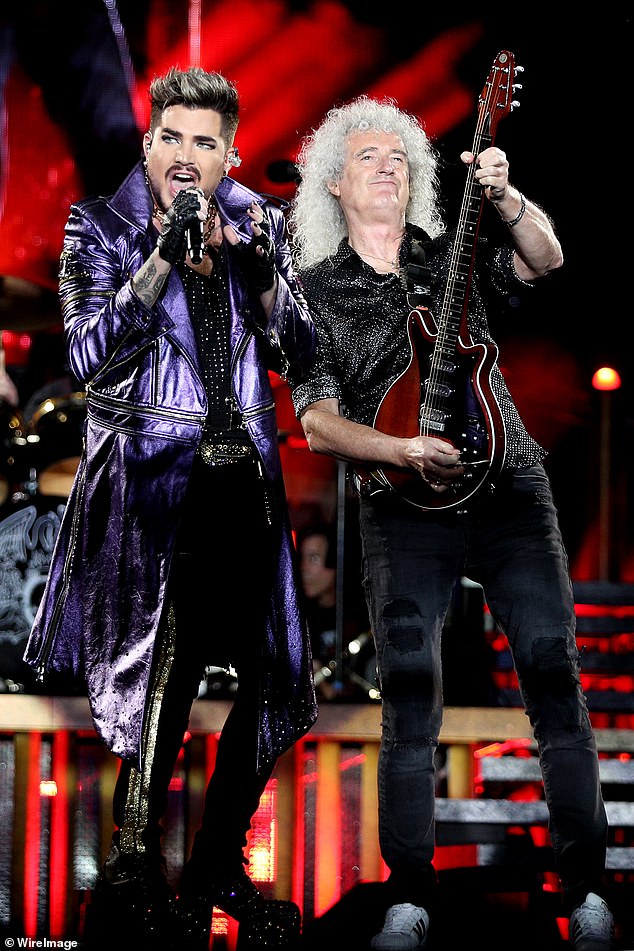 Queen + Adam Lambert will open the BBC’s Platinum Party At The Palace concert on Saturday evening. 20 years after guitarist Brian May performed God Save The Queen on Buckingham Palace’s roof during a show marking the Golden Jubilee in 2002. 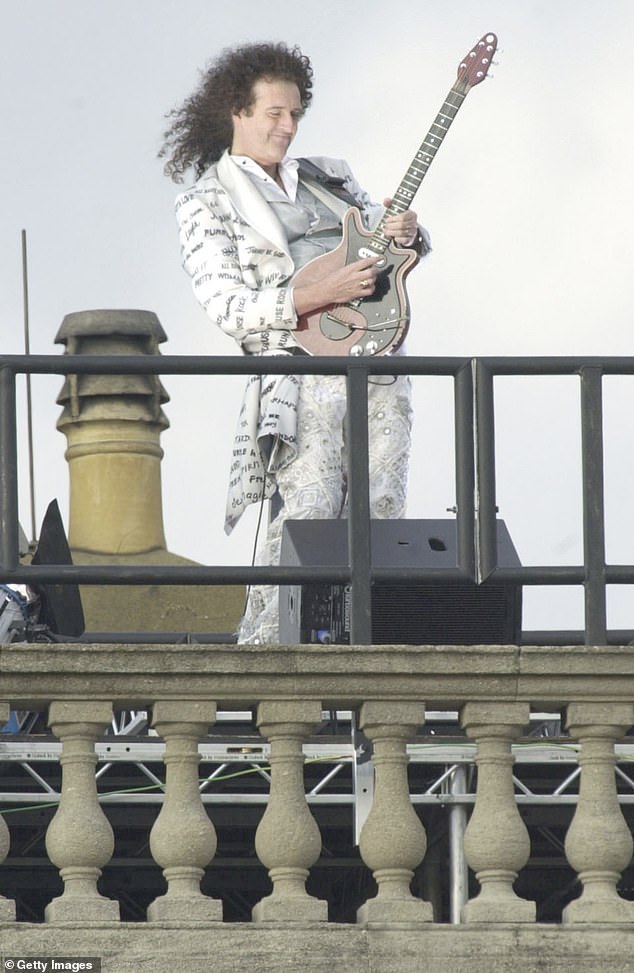 Making history: It will come 20 years after guitarist Brian May performed God Save The Queen on Buckingham Palace’s roof during a show marking the Golden Jubilee in 2002

‘Then there was a moment when I wondered.. after Buckingham Palace roof where can you go? Well… you will see!’

The evening will also feature appearances from sports figures and stars of the stage and screen. 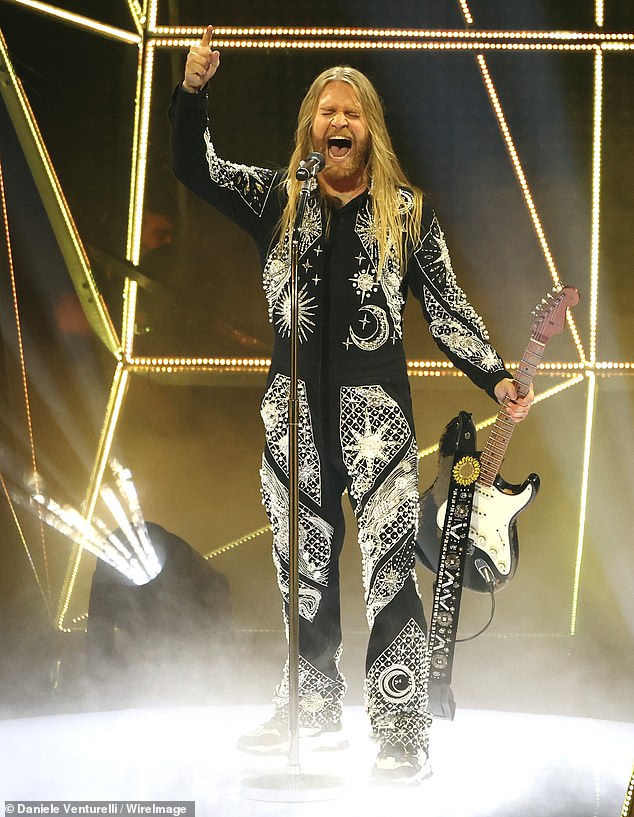 Music maker: Fresh from coming second at Eurovision in Italy, Sam Ryder will also perform live at the concert 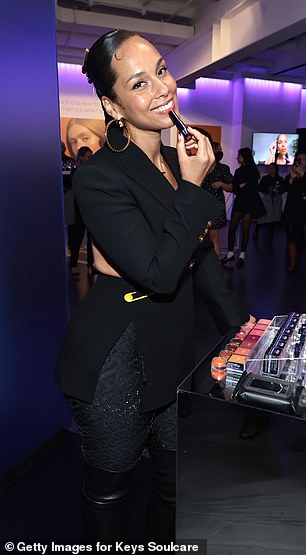 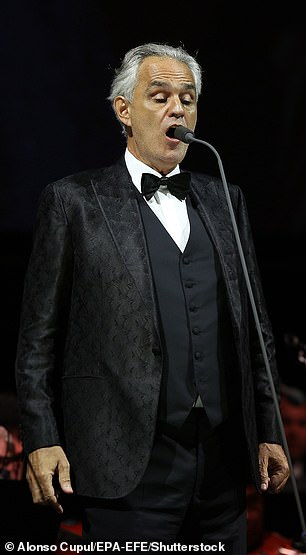 Taking to the stage: Both Alicia Keys and Andrea Bocelli are set perform on stage at the gig

The event will conclude with a performance by soul legend Diana Ross – her first UK live performance in 15 years.

She said: ‘I have had the honour of meeting the Queen many times throughout my life, including when I was with my family.

‘Her Majesty has and continues to be such an incredible inspiration to so many across the world and I was absolutely delighted to receive an invitation to perform on such a momentous and historic occasion.’ 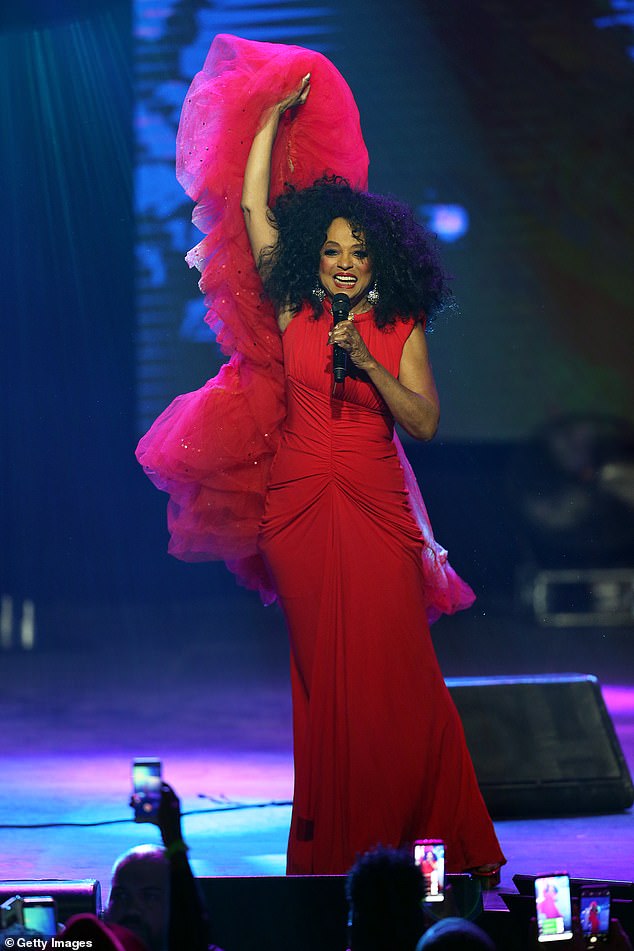 Back on stage: The event will conclude with a performance by soul legend Diana Ross – her first UK live performance in 15 years

The evening will highlight global themes that have emerged or evolved during the the Queen’s reign including British and Commonwealth contributions in the fields of fashion, sport, the environment, pop music and musicals.

The latter section will be curated by Andrew Lloyd Webber and feature a special appearance by Hamilton creator Lin-Manuel Miranda plus performances featuring the casts of The Phantom Of The Opera, Hamilton, Six, The Lion King and Joseph And The Amazing Technicolour Dreamcoat.

Coverage will be led by Kirsty Young and Roman Kemp with 22,000 people attending, with 10,000 tickets allocated in a public ballot and 7,500 for key workers, members of the Armed Forces, volunteers and charity workers. 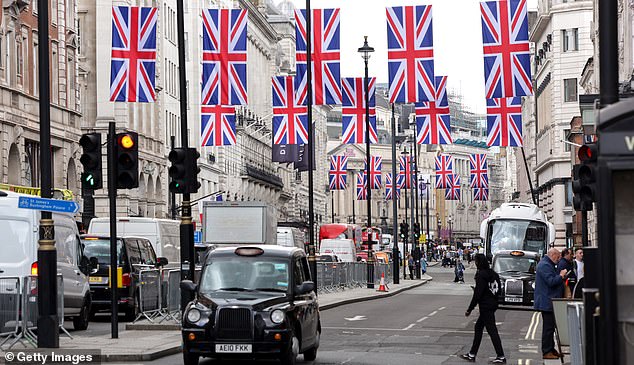 Ready your highness: London has been getting ready for the celebrations with streams of Union Jack bunting