A woman who was killed when an ‘airborne’ car ploughed right through her home and into the backyard has been identified as a beloved grandmother.

Robyn Figg, 62, was sleeping in the front room of her St Marys home, in Sydney’s west, when a black Grand Cherokee SUV crashed into it about 5.20am on Saturday.

Emergency services rushed to Monfarville Street, but despite the best efforts of paramedics, Ms Figg died at the scene.

Her partner and owner of the house, James Pemble, was out walking their dog at the time of the crash, while his parents, who were uninjured, were asleep in the property’s rear granny flat.

A 29-year-old woman allegedly left the car and fled the scene with her baby before being arrested by police nearby.

Robyn Figg, 62,  is pictured with her ‘best friend’ and granddaughter Grace

She was taken to a nearby hospital for mandatory testing, with police yet to make any charges. Both her and her child were reportedly uninjured.

Ms Figg’s children Josh and Daisy Oxley told Daily Mail Australia their mother, a Palawa woman, had a ‘big heart’ and would go out of her way to help family and friends.

The siblings, who also have an older brother, the son of Ms Figg’s first husband who she took into the family as her own, said she was a doting mother who cared for everyone and was very respected in the community.

‘She was tough, with a huge heart,’ Josh said.

‘Growing up as kids she would always coach our cricket teams and take us to sports.

‘I was sick as a child and she would sit in hospital with me every day until I turned 18.’

Daisy added: ‘All of our friends were always welcome into our home, they always knew they were welcome and had a room over their heads.

‘I wish a million kids could have had the mother we had. We were absolutely blessed to have her as a mum.’ 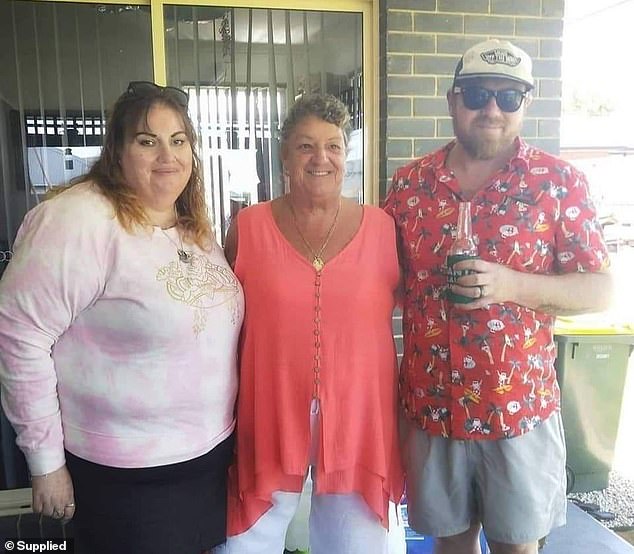 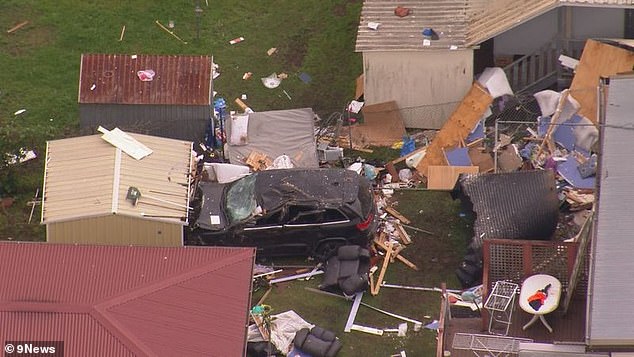 Daisy and Josh said their mother was a stay-at-home parent while they were young before starting a career as a cleaner.

After their parents separated, she moved from Hobart to Sydney about 14 years ago and had been ‘the happiest’ they had seen her.

Josh said his mum’s love of her life was his daughter Grace, aged five.

‘They were best friends. Mum just adored her,’ he said.

‘There wasn’t anything mum wouldn’t do for her. She would FaceTime her every day. Grace was her whole world. She had already started buying presents for her just as Christmas finished.

‘When Grace learned about what happened, she said to me “who do I ring now dad?”.

Josh and Daisy, who reside in Hobart, said they spoke to their mother everyday and she was close with their partners, Liz and Ian respectively, as well as her six sisters, brother, and 22 nieces and nephews.

They described her partner James, who goes by Jamie, as the ‘love of her life’ and said they are now making arrangements to travel to Sydney.

‘There is no amount of words to describe the impact her loss will have on our family,’ Josh said. 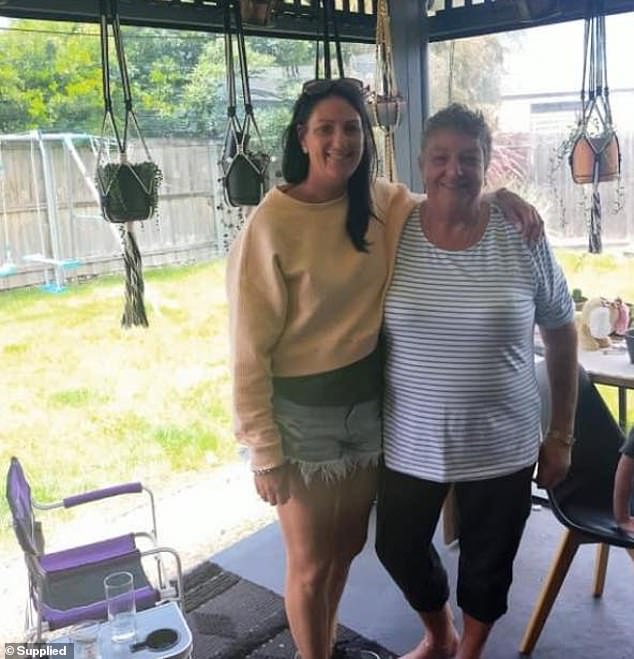 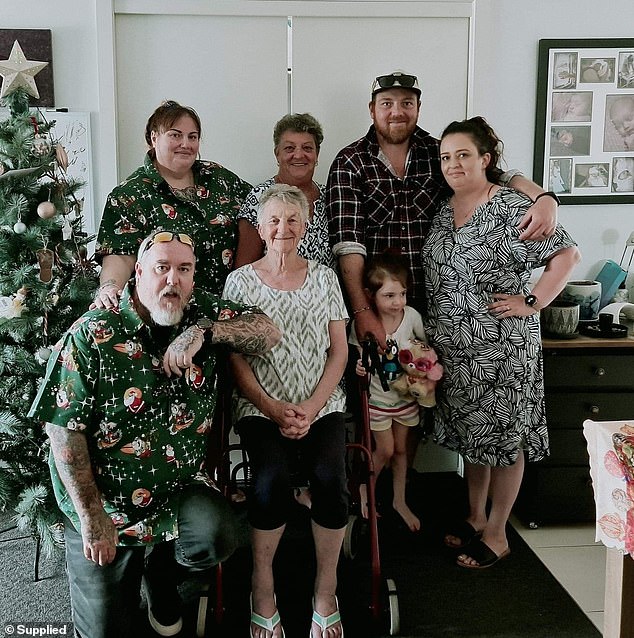 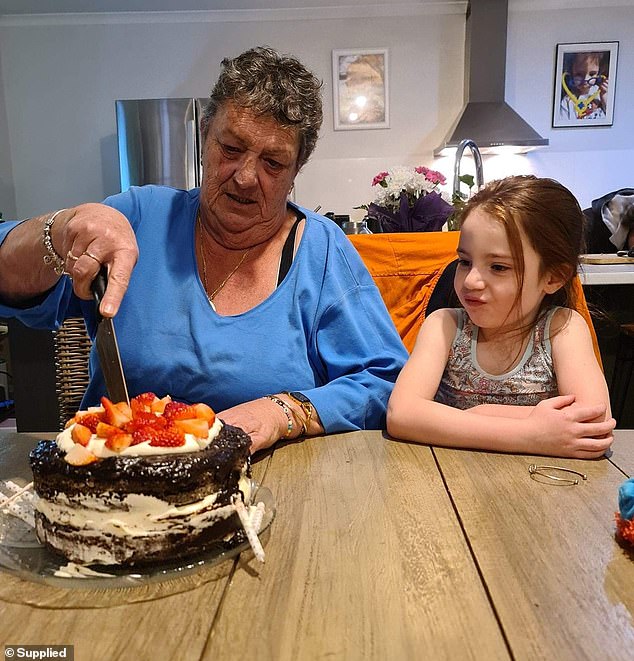 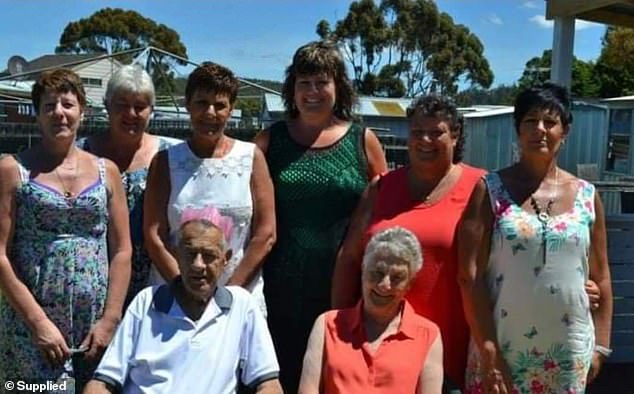 Ms Figg pictured alongside her sisters and brother

‘It’s just a huge whole in the family that will never be filled,’ Daisy added.

Niece Melissa Figg said it was ‘still hard to believe’ that her aunt was gone.

‘She had a heart of gold. You knew when she was in a room, because she would light it up,’ she said.

‘I have a soft spot for aunty Rob. She always had a lot of time for my son and me. She was my favourite aunty.’

After moving to Sydney, Ms Figg said her aunt developed a large circle of friends and her loss would be felt across the community.

Photos of the wreckage left at the property showed the car went all the way through the home before coming to a stop by a garden shed in the backyard.

The impact crumpled the property, leaving a trail of wreckage throughout the rooms and sending building materials and personal belongings strewn across the lawn. 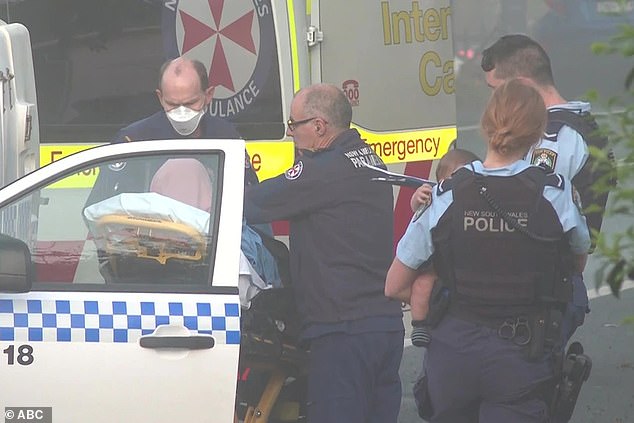 Police (pictured at the scene) will continue to investigate the incident, with charges yet to be laid 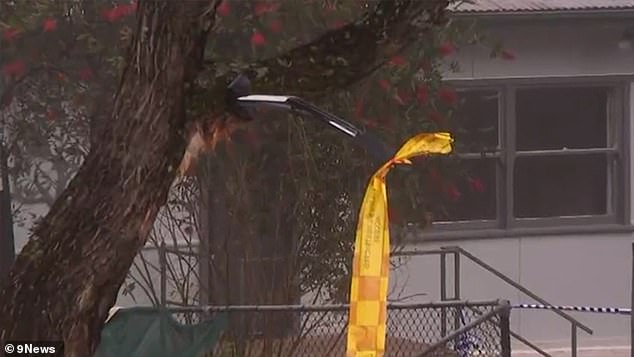 ‘It appears the car as it’s come into the property has become airborne and has gone straight through from the front,’ he said.

Fire and Rescue have used specialised equipment to keep the rest of the house standing.

The black SUV appeared to be badly damaged as well with its windshield broken in and door caved in.

Terrified residents described hearing a ‘loud boom’ at the time of the incident.

‘No brakes, nothing. It was just, yeah, just a boom,’ one neighbour told 9News.

Another local said Ms Figgs would regularly sit on the front verandah and wave to neighbours.