‘I believe we WILL go to the World Cup’: Bullish Italy boss Roberto Mancini insists his side will reach next year’s tournament in Qatar, despite missing out on an automatic spot to Switzerland

Roberto Mancini bullishly claimed that Italy are ‘still a great team’ despite missing out on automatic qualification to next year’s World Cup this past week.

The Azzurri were held to a 0-0 draw by Northern Ireland on Monday night which meant the Euro 2020 winners failed to top a group involving the British side, Switzerland, Bulgaria and Lithuania.

Italy, who finished behind Switzerland who won their crucial qualifier against Bulgaria 4-0, now need to qualify for the Qatar World Cup via the play-offs in March – with Mancini rueing the missed opportunities his side failed to take. 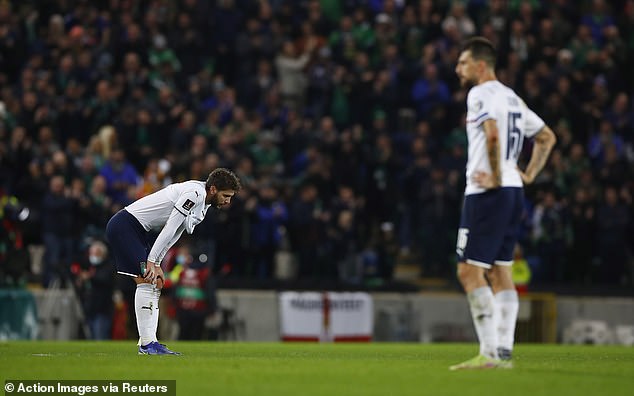 ‘I am disappointed,’ he said after Monday’s Belfast stalemate. ‘We made life complicated for ourselves and qualification should’ve been sealed at least two games ago.

‘We had the chances and didn’t take them, now we’ve got to keep our feet on the ground, because there is still the possibility of qualifying for the World Cup.’

After winning Euro 2020 over the summer, Italy ended their World Cup qualifying campaign unbeaten – but drew four and won four out of their matches.

Stalemates against Switzerland, who won five and drew three, were crucial to Italy missing out on top spot, with talisman Jorginho missing spot-kicks in both matches which would have won them decisive points in those encounters. 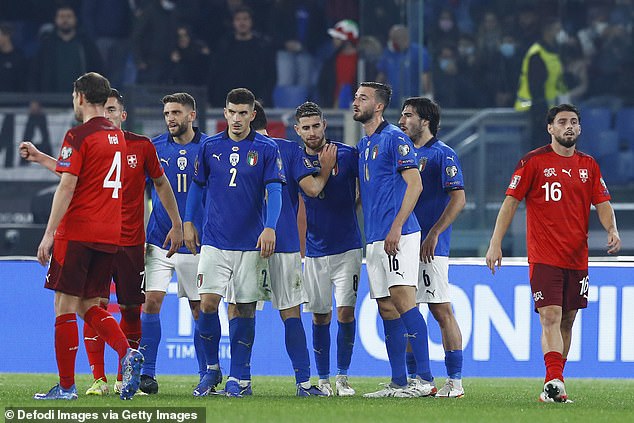 Despite the uncertainty about reaching next year’s World Cup, Mancini was upbeat about the Azzurri’s chances of qualifying for international football’s biggest competition.

‘I continue to believe that we are a great team, he added. ‘This is a difficult moment, we threw away qualification that we had in our hands.

‘We’ve got to rediscover our calm for March and continue playing, because today we were up against a Northern Ireland team that only defended.

‘It will be different in March, these are knockout fixtures, and so there will be far more opportunities to play and win. 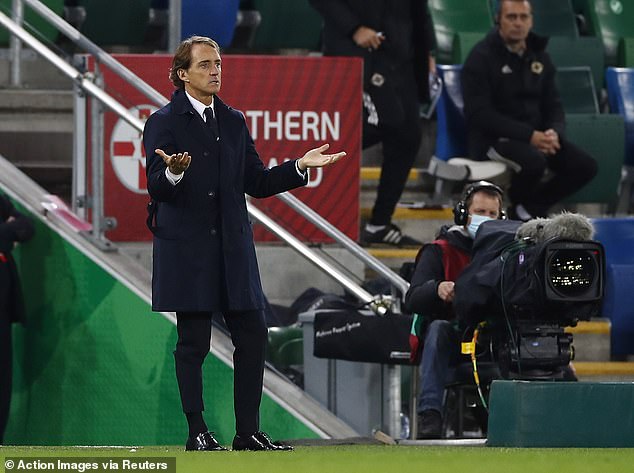 ‘I believe we will go to the World Cup, as we have two games to play and will be sure to do it right.’

Italy know the feeling of missing out on a World Cup, after they failed to qualify for the last edition of the competition which took place in Russia back in 2018.

The Azzurri lost their play-off encounter to Sweden as they missed out on the tournament for the first time since 1958.