Multiple people who work on ‘The Late Show with Stephen Colbert’ were detained Thursday night on charges of illegal entry to the House of Representatives.

A total of nine people were initially detained over the incident, according to Fox News.

Among the arrestees are Robert Smigel, best known for his character Triumph the Insult Comic Dog. Smigel, 62, is a frequent guest on Colbert’s CBS show.

According to Fox News’ Chad Pergram, the group was attempting to film and take pictures around the offices House Minority Leader Kevin McCarthy and Rep. Lauren Boebert.

It is unclear why, but the visit may be linked to the ongoing January 6 riot hearings – with Democrat Representative Adam Schiff reportedly letting the posse in.

The group had earlier been attempting to get interviews in the Cannon House Office Building but were removed due to a lack of proper press credentials.

According to her LinkedIn page, Allison Martinez is an associate producer on Colbert’s popular late night comedy talk show.

While on his page, Jake Plunkett is listed as a senior producer and director on the program.

Robert Smigel performs as Triumph the Insult Comic Dog in the hallways outside the House Select Committee to Investigate the January 6th Attack on the U.S. Capitol hearing in the Cannon House Office Building

Brendan Hurley is a prop master on the show and has worked with Colbert since the host’s Comedy Central show, ‘The Colbert Report.’

Josh Comers is a Brooklyn-based comedian and writer.

David Feldman is a writer and comedian who previously worked on ‘Real Time with Bill Maher’ and ‘The Daily Show.’

On his website, Feldman made no reference to his arrest but said that he was returning to New York City after filming with Triumph the Insult Comic Dog whom he referred to as his ‘boss.’ Feldman joked: ‘He’s tough, but fair.’

A CBS spokesperson told DailyMail.com that the members of the team were detained following their final interview after they stayed behind to film ‘comedy elements in the halls.’

The spokesperson said that the interviews were authorized and pre-arranged through congressional aides.

The team were filming at the Capitol on June 15 and 16, the spokesperson said. 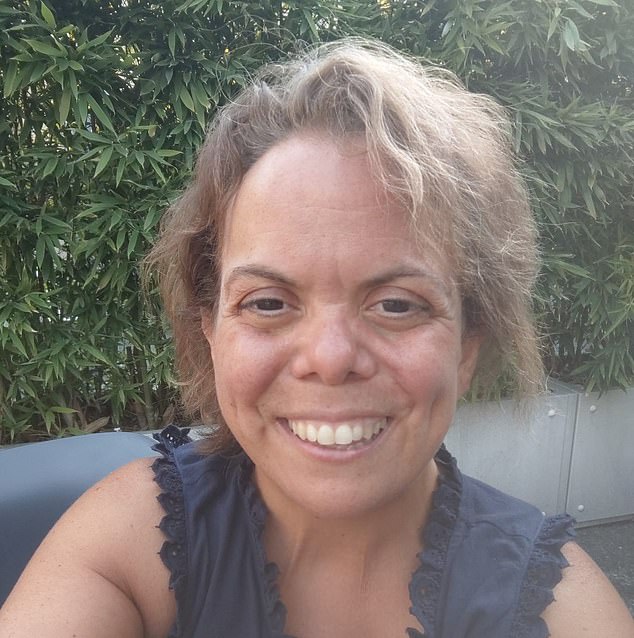 Colbert staffer Nicoletta Green was among those arrested. She has worked on the show since September 2020 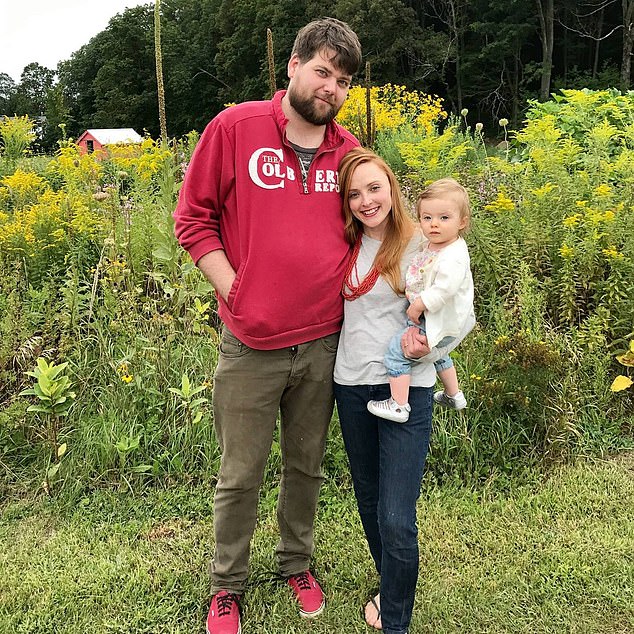 Prop coordinator Brendan Hurley has been with Colbert since the host’s Comedy Central show, ‘The Colbert Report’ 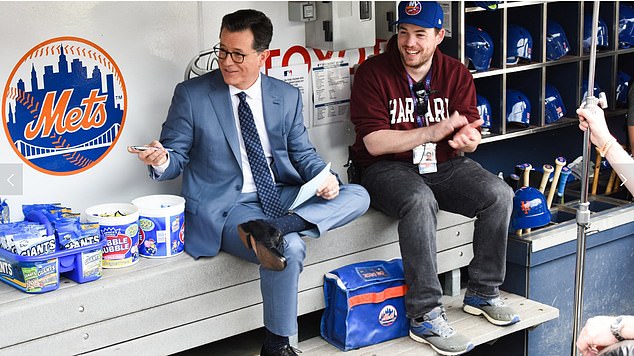 Citing a congressional source, Fox News Jesse Watters said on a broadcast that the group gained access to the building from Democratic congressmen Rep. Adam Schiff of California and Rep. Jake Auchincloss of Massachusetts.

During an appearance on Watters’ show, Rep. Rodney Davis of Illinois said that the group were banging on the doors of fellow Republicans Rep. Jim Jordan and Rep. Kevin McCarthy.

Davis also told Watters: ‘We just found out about the arrest today, and I’m going to make sure when we get back to Washington next week, we are going to ask the questions that need to be asked. We will ask the security officials why these arrests had to be made.’

The House Select Committee on the January 6 Attack public hearings have featured heavily on Colbert’s show in recent days.

On Wednesday, the host made light of reputed Proud Boy leader Joseph Biggs requesting to have his trial moved from Washington DC due to media attention. 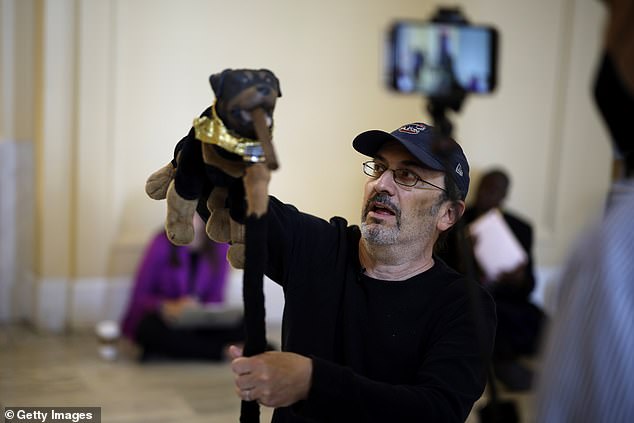 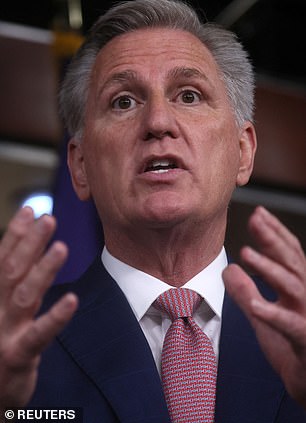 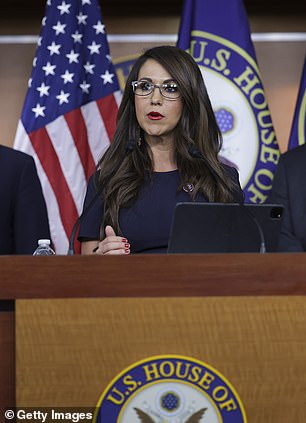 Colbert’s crew were filming outside the offices of GOP reps Kevin McCarthy, left, who’s the House Minority Leader and Lauren Boebert. It’s unclear what they were doing, but it may be related to the ongoing January 6 riot hearings being held at Congress

Biggs’ lawyers specifically mentioned Colbert’s show in documents. Colbert joked: ‘They want to move the trial to some place where The Proud Boys have a better reputation. Like 1930s Berlin.’

According to a statement from capitol police: ‘On June 16, 2022, at approximately 8:30 p.m., U.S. Capitol Police (USCP) received a call for a disturbance in the Longworth House Office Building.’

The statement continued: ‘The building was closed to visitors, and these individuals were determined to be a part of a group that had been directed by the USCP to leave the building earlier in the day.’

‘They were charged with Unlawful Entry. This is an active criminal investigation, and may result in additional criminal charges after consultation with the U.S. Attorney.’ 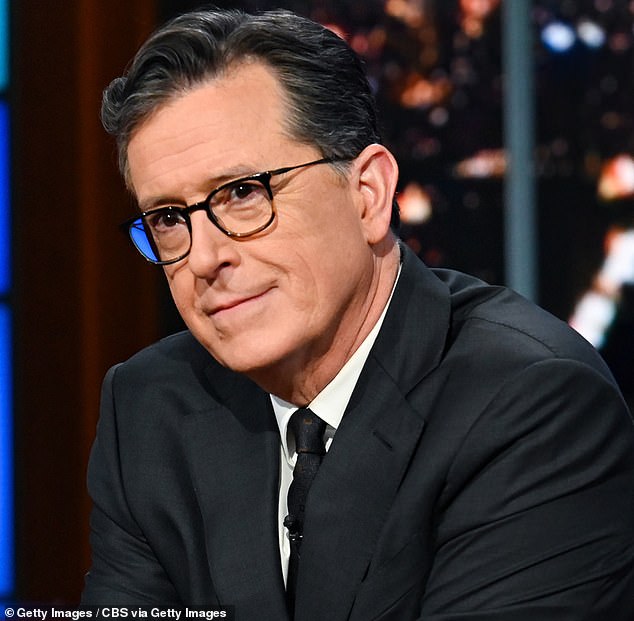 There has been no comment from Stephen Colbert on the arrests