Robert Lewandowski has clarified that he is grateful for Lionel Messi’s kind words at last week’s Ballon d’Or ceremony, insisting that he was not aggrieved by any perceived lack of sincerity during the Argentine’s acceptance speech.

On Tuesday, media across Europe seized on remarks made by Lewandowski during an interview with a Polish outlet, in which he was reported to have deemed Messi’s comments as ’empty words’ and lacking sincerity.

However, the Bayern Munich striker has told Sportsmail that this is not the case, and that Messi’s sentiments – in which he called for France Football to retrospectively hand the Pole the 2020 Ballon d’Or – ‘really touched me and made me happy’.

‘My statement, which I made in an interview with a Polish TV / Via Play broadcaster, is currently being misinterpreted,’ he said. ‘I never say that Lionel Messi’s words were not sincere.

‘On the contrary: Lionel Messi’s speech at the event in Paris, in which he expressed that, in his opinion, I deserved the Ballon d’or 2020, really touched me and made me happy.

‘With my statement, I just wanted to express that I would of course be very happy if Messi’s words were heard.

‘I respect and appreciate Lionel Messi beyond measure and once again congratulate him on winning the Ballon d’or 2021.’ 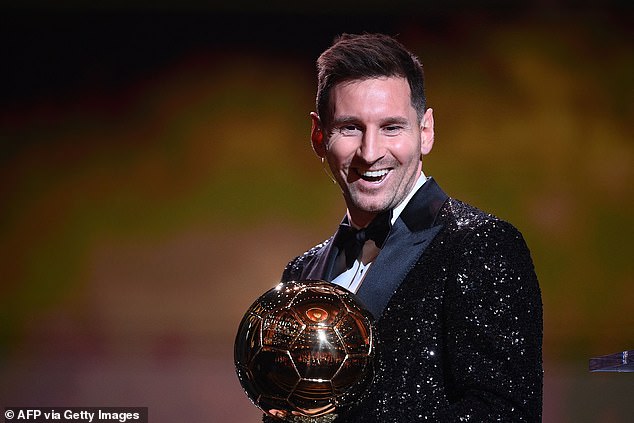 Messi, 34, pipped Lewandowski, 33, to the prestigious award at last week’s ceremony in Paris 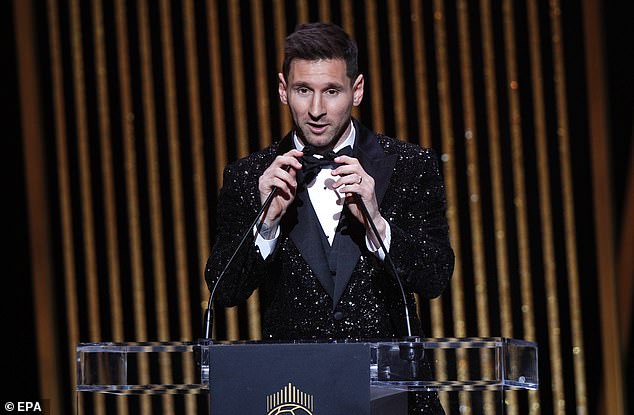 In his acceptance speech, Messi said that Lewandowski should be awarded the 2020 prize

Messi, 34, controversially pipped Lewandowski, 33, to the 2021 prize, with many fans and pundits opining that the Polish marksman was more deserving of the award.

The Bayern Munich striker was the standout performer of 2020 and was cruelly denied the Ballon d’Or that year as it was cancelled due to Covid.

In his acceptance speech, Messi acknowledged that Lewandowski deserved the prize for 2020, and called on event organisers France Football to retrospectively hand the Pole his gong.

‘Last year everyone agreed that you were the winner and I think that France Football should give you the Ballon d’Or that you deserve,’ he said. 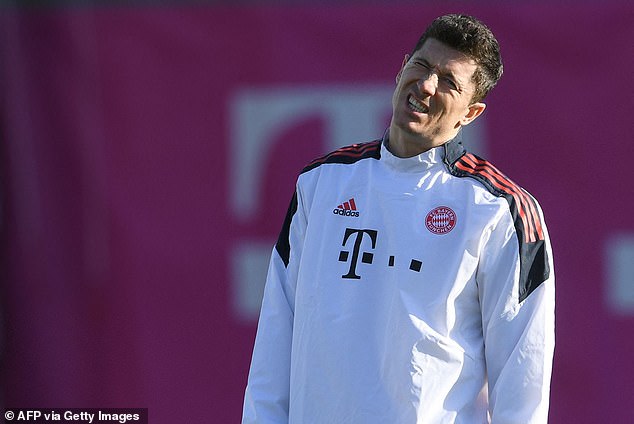 A Spanish outlet reported Lewandowski to have said that Messi’s comments lacked sincerity, from an interview the Bayern Munich star undertook in Poland

‘I also want to tell Robert [Lewandowski] that it is an honour for me to fight against him. I think that you deserve your Ballon d’Or,’ he said.

‘Last year everyone agreed that you were the winner and I think that France Football should give you the Ballon d’Or that you deserve.

‘And you won it last year, so I hope France Football can do it and you can have it in your home, because you were just the winner.

‘It couldn’t be done because of the pandemic, but I think you should have it in your house too.’

Reflecting on last week’s near miss, Lewandowski told Sportowym via Marca: ‘I felt sadness. I can’t deny it.

Lewandowski has scored 130 goals in 108 games since the start of the 2019-20 campaign, and him missing out of the top prize will serve as motivation for his Bayern Munich team-mates, Thomas Muller revealed. 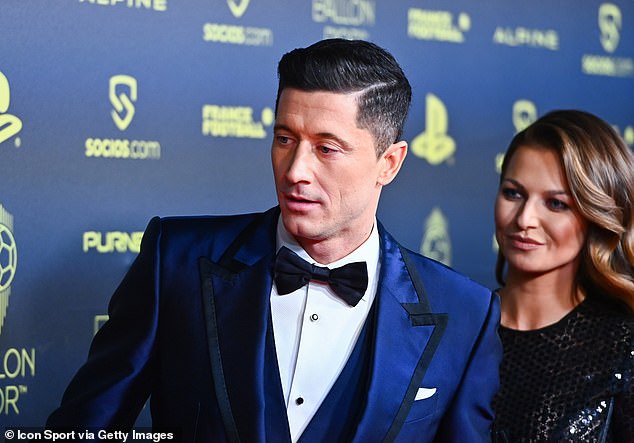 However, the Pole has told Sportsmail that Messi’s tribute to him was ‘touching’ 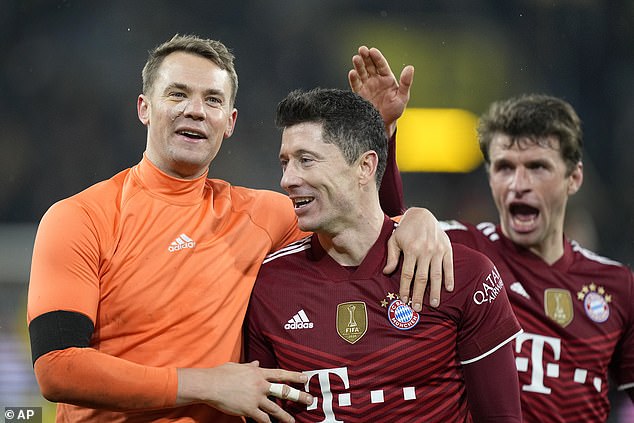 ‘From the Bavarian, Polish and also German point of view, last night’s Ballon d’Or award ceremony was definitely a disappointment, for some even a bit more,’ Muller said in the wake of the result.

‘Although I’ve been in the business a bit longer and therefore wasn’t really surprised about the outcome (it was similar with Franck Ribéry in 2013), the whole thing has formed or once again solidified a thought in me: We have great players in the Bundesliga and don’t have to hide.

‘For worldwide recognition, however, we need more international successes. That’s a huge motivation for me, too, to put everything on the line to bring the Champions League back to Munich and show the soccer world what’s what.

‘And above all, what German soccer has to offer. The next opportunity to do so will be next Wednesday at the Champions League match against FC Barcelona. Let’s go for it!’