The child – whose full name is Dream Renée Kardashian – is the daughter of recluse Robert Kardashian and Instagram model Blac Chyna.

Kris Jenner was the first to wish the little girl as she shared a sweet post to social media with several throwback photos of the cute child. 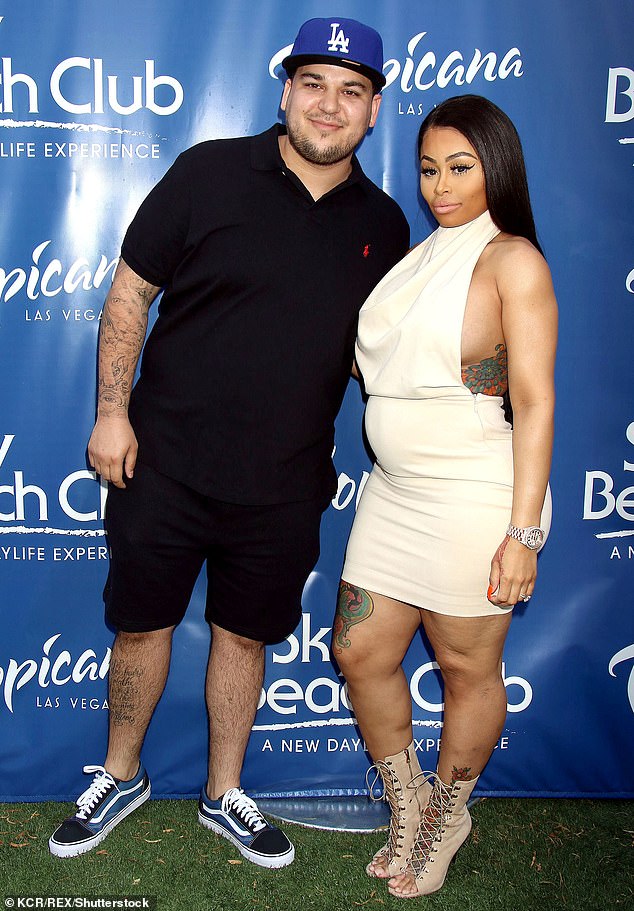 The little wonder was born into fame as Chyna was pregnant with the girl when she dated and became engaged to Rob.

They also worked her pregnancy into their show, Rob & Chyna, which aired for only one season.

In September it was reported that Rob is ‘very hands on and involved’ with his daughter.

The 34-year-old reclusive reality star continues to be ‘mostly focused’ on raising his child and being ‘part of all of the decision-making’ when it comes to her wellbeing. 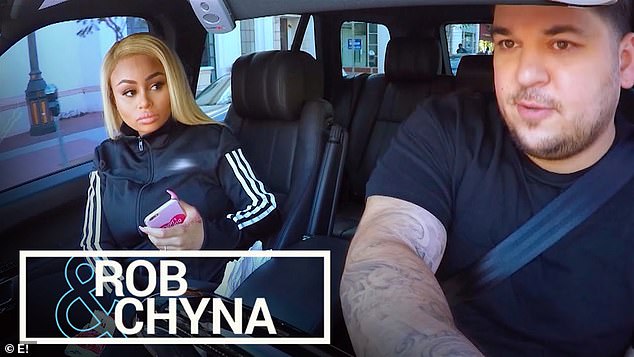 Reality bites: They also worked her pregnancy into their show, Rob & Chyna, which aired for only one season 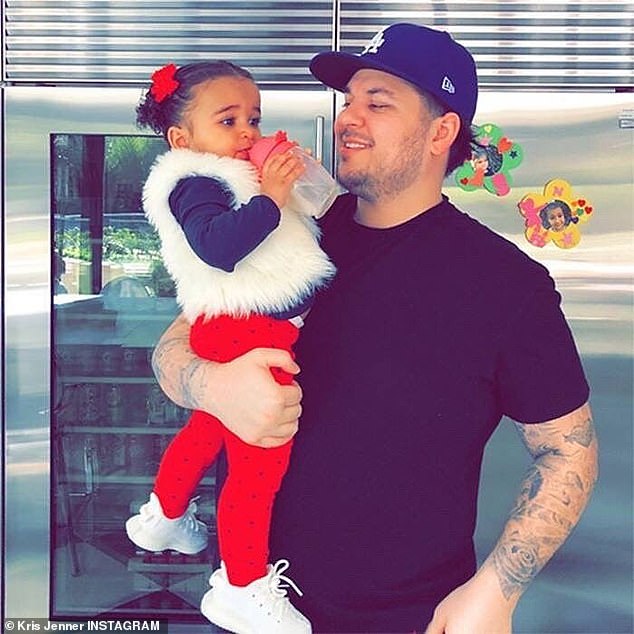 Daddy: The child – whose full name is Dream Renée Kardashian – is seen here with Rob 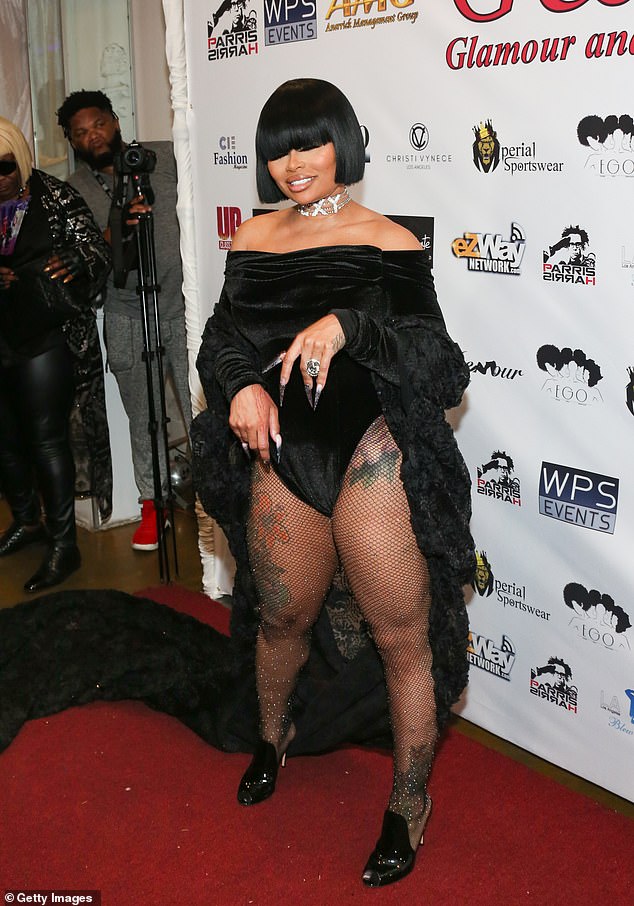 A source said: ‘Rob has been working on some fun projects and is really mostly focused on Dream. He is keeping things super low-key. … He is very hands on, involved and super silly as a dad.

‘He is definitely one of those dads that wants to be part of all of the decision-making and he loves Dream with all of his heart.’

The insider also claimed the former ‘Keeping Up with the Kardashians’ star is ‘doing his best’ to stay healthy for the sake of his daughter after previously leading an unhealthy lifestyle. 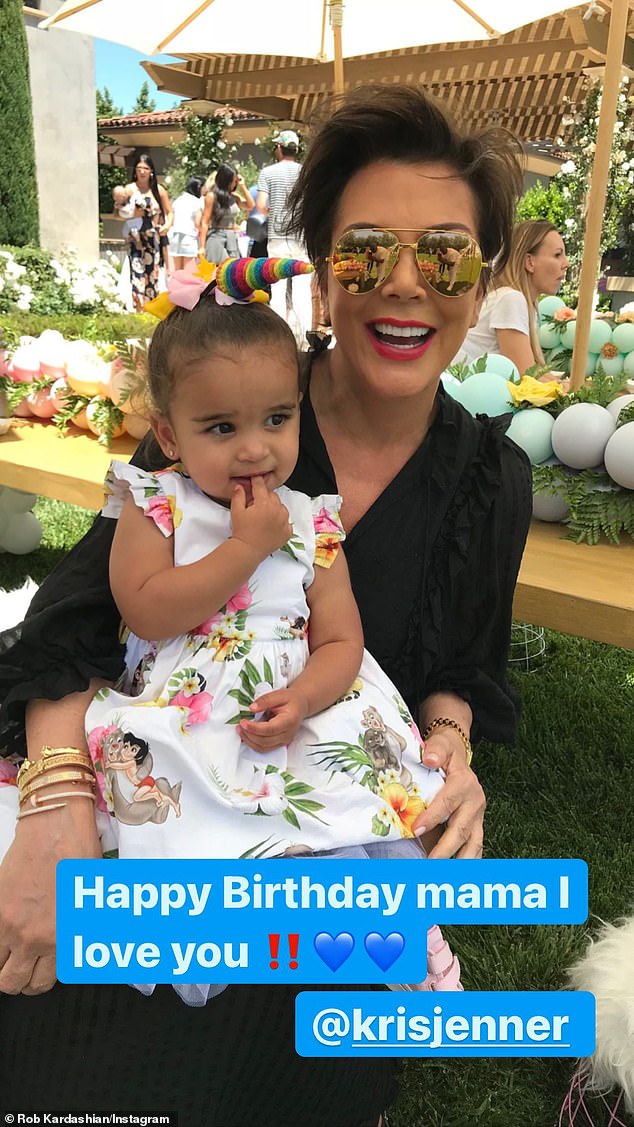 Good grandmother: Kris Jenner was the first to wish the little girl as she shared a sweet post to social media with several throwback photos of the cute child 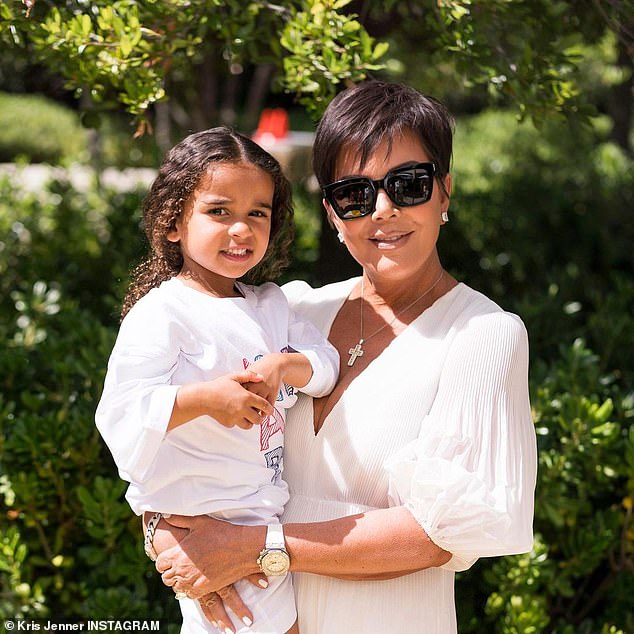 So much love: Kris has asked that her grandkids c all her Lovey and not grandma 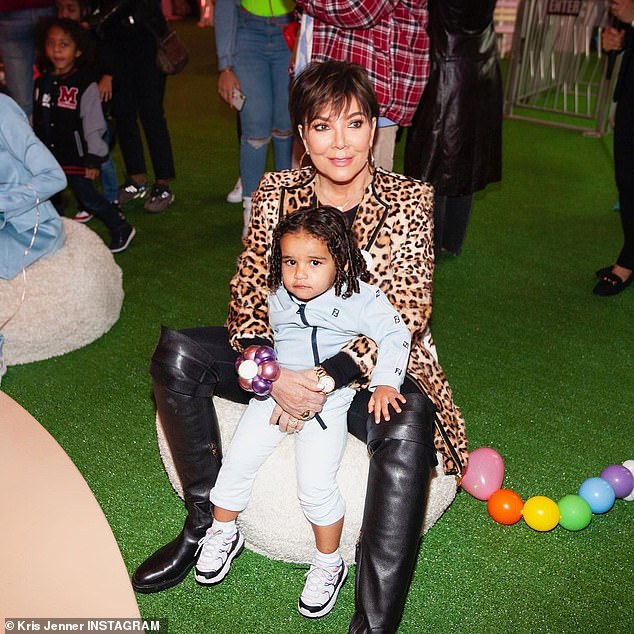 Good times had by all: Jenner is seen doting on the kid at a party in Los Angeles

And while he ‘still struggles’ sometimes, Rob is doing what he can to ‘stay positive’ for Dream.

Speaking to ‘Entertainment Tonight’, the source added: ‘He still struggles a bit with leading an active lifestyle and it can make him feel depressed sometimes. It’s always a work in progress for him, but he is doing his best to stay positive and healthy, both mentally and physically, for the sake of Dream.’

Rob stepped back from the spotlight several years ago following his split from Chyna, and his sister Khloe Kardashian previously said he ‘just needed a break’ from the reality TV lifestyle.

She explained: ‘It’s not so much about physical appearance, it’s about how he felt internally about some of the women in his life, and how they treated him or how he felt they might have used him to get to certain areas or levels.

‘I think that really affected him, because my brother is such a lover, and has the most incredible heart and personality. I think he’s just getting stronger. I think you have to get heartbroken and learn from your mistakes, and I think he’s just stronger and feeling better to be around, and be more vulnerable or exposed.’ 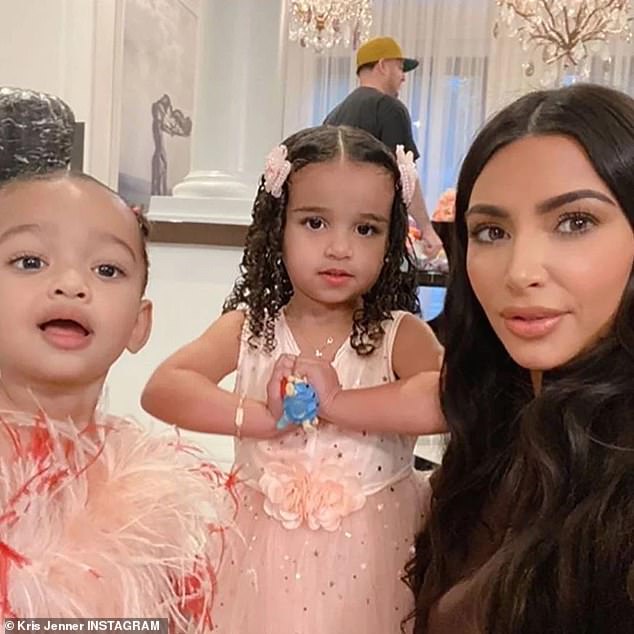 They are all close: Kim Kardashian, far right, with Dream, center, and Chicago, far left