Rob Page has revealed his contract with Wales has been extended and he says he will be taking the team to the World Cup after securing their qualification for the competition in Qatar.

Wales booked their place in the 32-team tournament with a 1-0 victory over war-torn Ukraine in a thrilling play-off eliminator in Cardiff on Sunday, ending a 64-year wait to return to the blue riband event.

But prior to the match, Page’s status as Wales manager remained uncertain.

Page has been doing the Wales job as caretaker, since Ryan Giggs stepped aside following his arrest on assault charges in November 2020. Allegations which he denies.

It was reported in The Athletic in April that the Football Association of Wales was awaiting the outcome of Giggs’s court case, which is due to take place in August, before making a decision on Page.

However, in an interview on Monday, Page made clear he would be leading the Welsh team to the Finals, which begin on November 21.

Page, 47, who has 41 Welsh caps, must feel he has earned the right to be in charge in Qatar. During his time in charge, Giggs’s former assistant has taken his country to the last 16 of Euro 2020 and now navigated a tough qualification campaign.

However, the Football Association of Wales has declined to comment on its position in relation to Giggs and whether he would have any claim to resume his role and lead the team, should he be cleared when his case comes to court on August 8.

Last year, Giggs, 48, appeared in court to enter not guilty pleas to three charges relating to his ex-girlfriend, Katie Greville, and her sister, Emma. 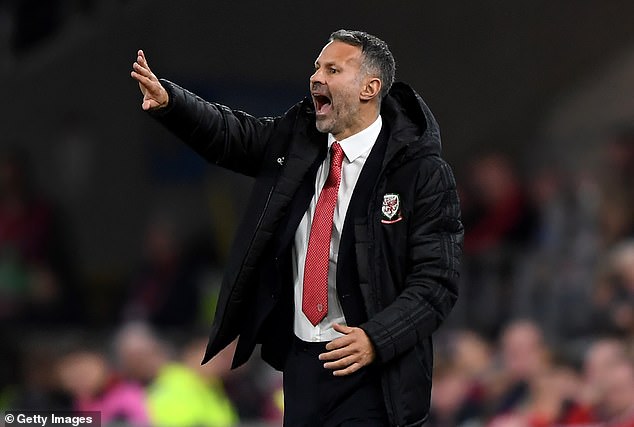 The former Manchester United winger was appointed to his role with the national team on a four-year deal in January 2018.

Page came in as an interim manager on a rolling contract, which expires the moment the World Cup campaign ends. He makes no secret of the fact that he is loving his work.

He told Sky Sports on Monday that his contract has been extended. Asked if he would be leading the players to the World Cup, Page replied: ‘If at the end of the game last night it hadn’t gone our way, then I would have been out of contract, so I would have been stood here with no contract.

‘That is not the case because we have qualified, so that naturally gets extended now. My contract is now extended until whatever stage we go out in the World Cup. 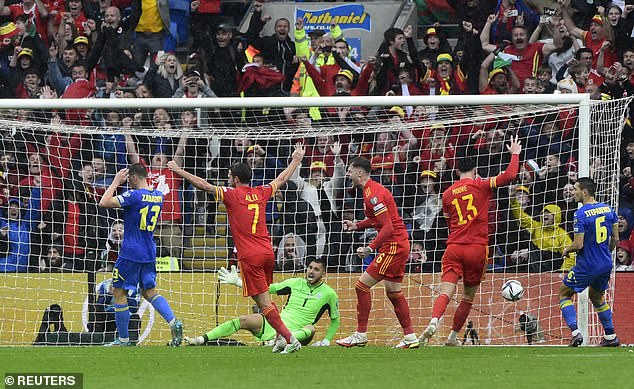 ‘I have got the best job in the world and I work with a great group of players. I love this job.’

Wales have qualified against tough opposition. They took a point in Belgium to reach the World Cup play-offs, and beat Austria to earn their chance against Ukraine.

Wales took the lead at the Cardiff City Stadium after Andriy Yarmolenko headed in Gareth Bale’s free-kick and goalkeeper Wayne Hennessey made a series of crucial saves to keep the hosts in front.

In Qatar, Wales go into Group B, alongside England, United States and Iran.