‘This drug is my hope that I see my kids grow up’: Rob Burrow hopes groundbreaking treatment could give him more precious time with his young family as rugby league legend bravely battles motor neurone disease

Rugby League legend Rob Burrow is hoping a new wonder drug could offer him the chance to see his kids grow up.

The 38-year-old was diagnosed with motor neurone disease in 2019 and given just two years to live.

And wheelchair-bound Burrow and his family hope a new treatment could buy him enough time for a cure to be found.

The former Leeds Rhinos, England and Great Britain star told the Sunday Mirror: ‘This drug is my hope that I see my kids grow up.

‘Without this drug it will be a bleak outcome. I worry about leaving Lindsey to raise our kids alone – it is the last thing I want to do.

‘I want to see my trio all reach 18 and so I live in hope. I am a realist but without hope there is nothing.’ 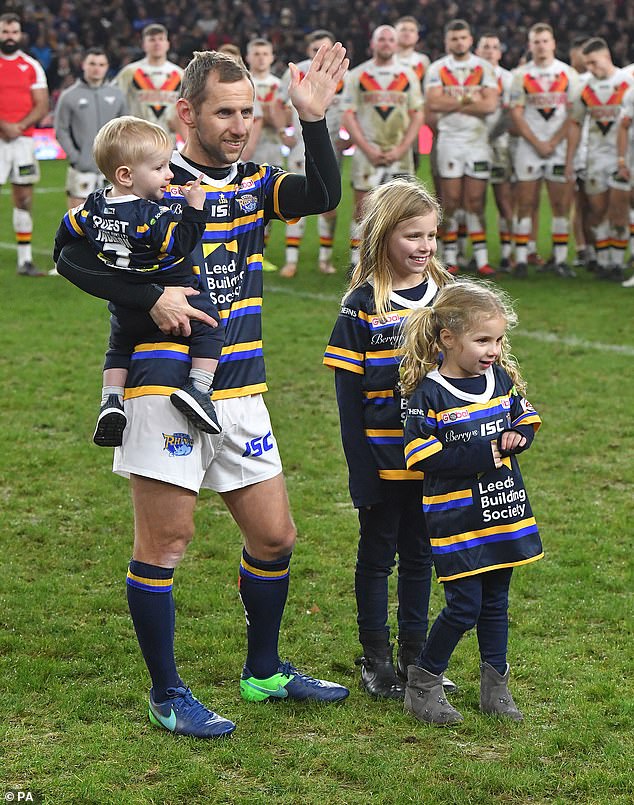 His devoted dad Geoff, 70, discovered the treatment on the internet.

He said: ‘The new drug gives Rob the drive to get up and carry on each day. He is living with, not dying from, MND. And I will help him do that while I have breath in my body.

‘It’s not just about maintaining Rob’s life, it’s about the potential behind it. I firmly believe we are in touching distance of a cure. This drug seems to have had incredible results and this could be Rob’s chance until a cure is found.

‘We have to beat this – we are going to. I’ve got to believe that as I won’t allow myself to think any other way. Every day I pray – I don’t know who to – and ask they take my heartbeat and give it to Rob. If he goes, I won’t be long after him.’ 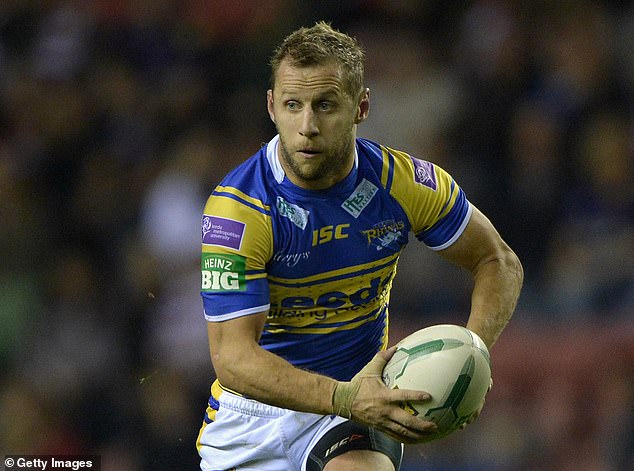 What is Motor Neurone Disease?

Motor neurone disease is a rare condition that mainly affects people in their 60s and 70s, but it can affect adults of all ages.

It’s caused by a problem with cells in the brain and nerves called motor neurones. These cells gradually stop working over time. It’s not known why this happens.

Having a close relative with motor neurone disease, or a related condition called frontotemporal dementia, can sometimes mean you’re more likely to get it. But it doesn’t run in families in most cases.

If you have these symptoms, you should see a GP. They will consider other possible conditions and can refer you to a specialist called a neurologist if necessary.

The drug, known as AMX0035, comprises of two agents which reduce neuronal death and dysfunction.

US tests saw improved life expectancy in 44% of cases. The average life extension was six months but at least one patient was on the drug for 35 months.

Drug company Amylix is considering running phase 3 trials in Europe but Geoff hopes Boston’s Massachusetts General Hospital, one of 25 US trial centres, will supply the drug.

It will cost ‘thousands’ but the family intend to pay for it from the proceeds raised from charity events.