EXPRESS INFORMER > News & Politics > Rita Ora shows off her sense of style in a backless bodysuit ahead of music festival performance.

She’s known for her stylish ensembles and killer looks.

And Rita Ora nailed it once again as she posed up a storm in Zurich ahead of a performance at the city’s Open Air festival on Saturday.

The singer, 31, showed off her toned physique in the snaps, donning an open-back bodysuit and pair of patterned leggings. 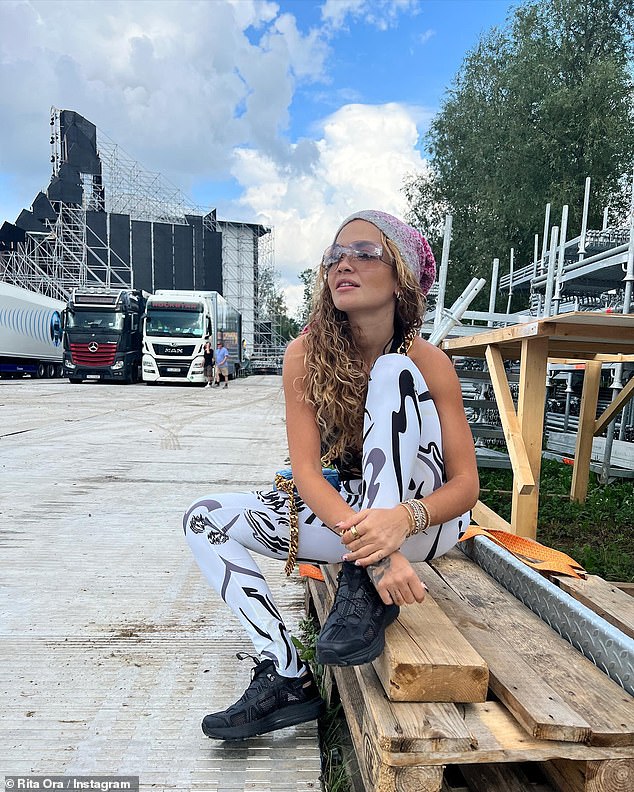 Beauty: Rita Ora, 31, showed off her trendy sense of style on Saturday in a backless bodysuit and patterned leggings as she posed for snaps ahead of a performance at Zurich Open Air festival

The bodysuit featured a string criss-cross design, while her white leggings were printed with a black line design.

Rita showed off her impressive collection of tattoos in the backless number, pairing it with comfortable black trainers.

The hitmaker added a chunky gold chain around her neck, alongside stacked silver and gold bracelets. 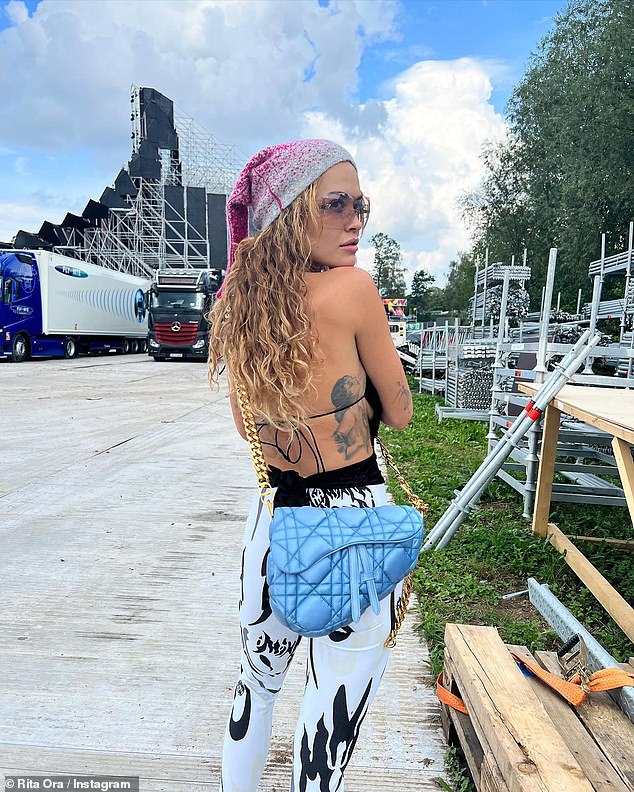 Inked: Rita showed off her impressive collection of tattoos in the backless number 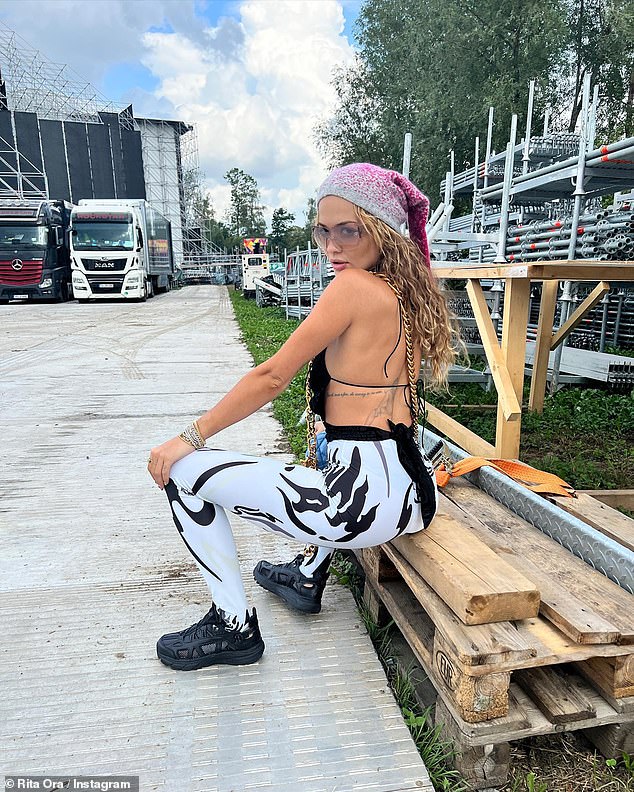 Stylish: Her bodysuit featured a string criss-cross design, while her white leggings were printed with a black line design

Her sandy blonde locks were left to fall freely in a natural curl, as she added a pink headscarf.

Keeping her palette of makeup subtle yet dewy, Rita shielded her eyes with a pair of plastic sunglasses as she posed up a storm on a plank of wood.

While another snap showed a blue saddle bag hung across her torso, adding a pop of colour to the look. 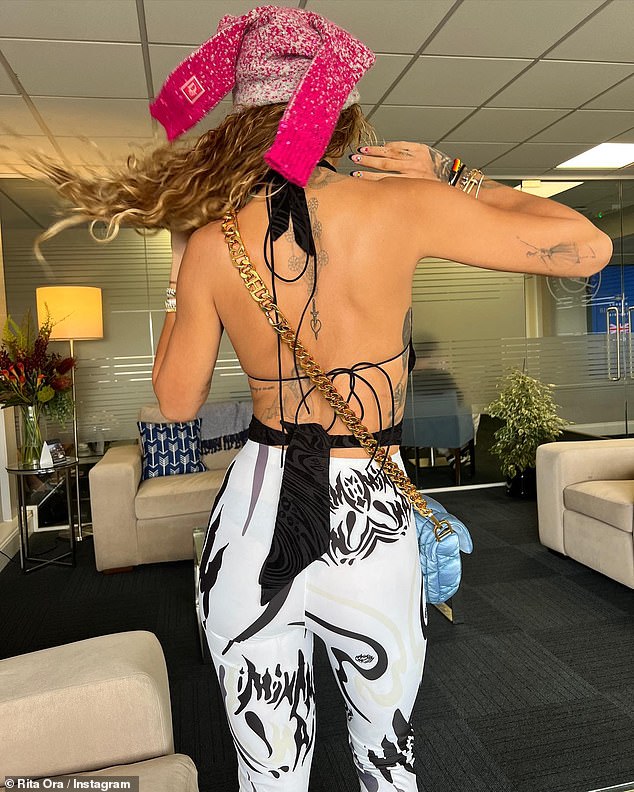 Work it: She posed up a storm for Instagram, posting a carousel of shots to her grid

Gushing that she ‘can’t wait to perform’, the star revealed that she had made it to the Switzerland city.

The festival kicked off on Tuesday, with acts such as Arctic Monkeys, Kings of Leon, Bastille, G-EAZY and David Guetta all having already taken to the stage.

Made it! Gushing that she ‘can’t wait to perform’, the star revealed that she had made it to the Switzerland city

While acts such as KYGO, Lewis Capaldi and Camelphat will join Rita to perform on the festival’s final day.

It comes after the star secretly tied the knot her director beau Taika Waititi earlier this month in a private ceremony.

Rita and Taika started dating in March 2021, before going public with their romance that August.

The couple got engaged two months ago, and sources now claim that they are planning a huge party to celebrate their secret wedding with friends and family.

A source told The Sun: ‘It was a really intimate ceremony and super special for everyone there. Their nearest and dearest can see how madly in love they are.

‘Despite living in the spotlight, Rita is determined to keep the relationship as private as possible and didn’t want to make a big song and dance about the wedding. 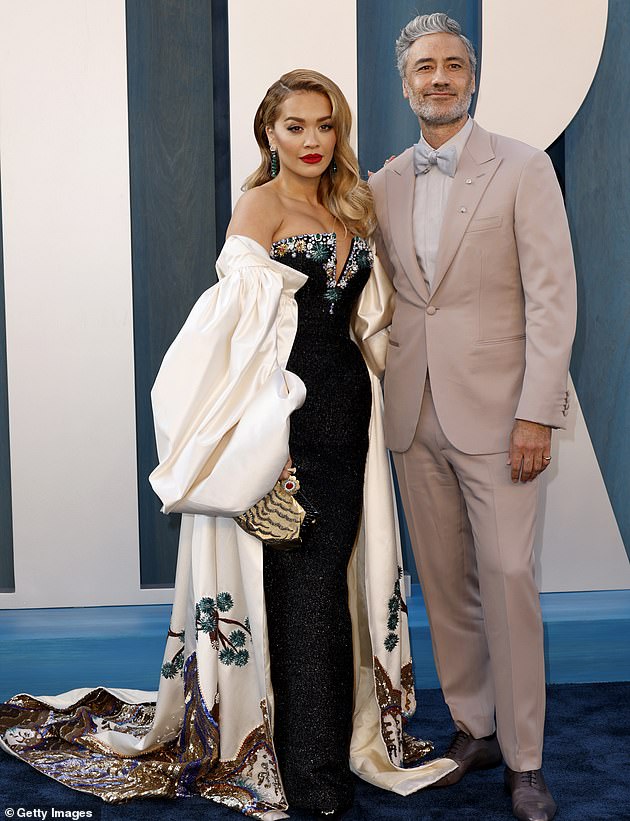