Rita Ora has spoken out about spending her twenties ‘fearful’ of being diagnosed with breast cancer after her mother Vera Sahatciu battled the disease in 2005.

The Your Song hitmaker, 30, said she suffered panic attacks after her mother, 56, was diagnosed with an aggressive form of the cancer and had a partial mastectomy.

She revealed that she experienced symptoms of PTSD in her teenage years as she felt responsibility to ‘step up’ as she desperately wanted to ‘protect’ her mother.

Cancer: Rita Ora has opened up about spending her twenties ‘fearful’ of being diagnosed with breast cancer after her mother Vera Sahatciu battled the disease in 2005

Rita told The Sun: ‘Cancer affects everyone, my mum battled it twice, and I had a lot of different emotions. I felt a lot of responsibility to step up and become a strong teenager.’

She said although she had the BRCA test, the hereditary breast cancer test, and does not have the gene, she still worried that she would be diagnosed with cancer.

Speaking about her anxiety, she explained: ‘I don’t know if it’s in my head, but it can be a case of a little heartburn and I am like, ‘What is that?’.’

Rita urged women to check their breasts and go to a GP if they notice any changes, as there was no previous history of breast cancer in her family. 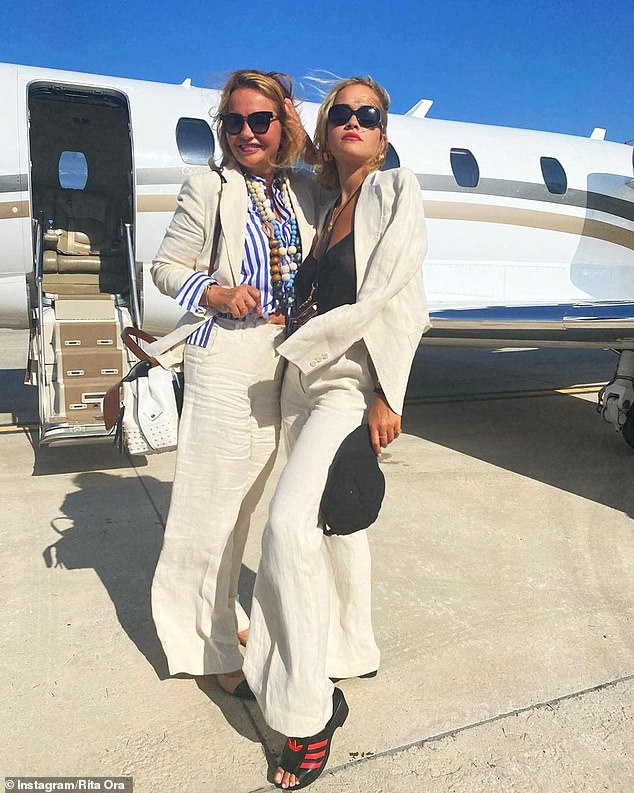 Worry: The Your Song hitmaker, 30, said she suffered panic attacks after her mother, 56, was diagnosed with an aggressive form of the cancer and had a partial mastectomy

She added that Vera, who is a psychiatrist for the NHS, did not have a lump on her breast but experienced a ‘sharp pain’ before she got checked.

The pop star said she is still reminded of the ‘fear factor’ when Vera goes for check-ups, adding that therapy, exercise and meditation help her deal with panic attacks.

The mother of the singing sensation discussed being diagnosed with breast cancer at the age of 39 while appearing on Loose Women back in February 2019.

Vera emotionally explained: ‘The journey I had was really tough. At a young age treatment tends to me more rigorous and prolonged.

‘When it’s diagnosed young, the treatment gets to be more intense, I had chemo, radiotherapy and a mastectomy.’ 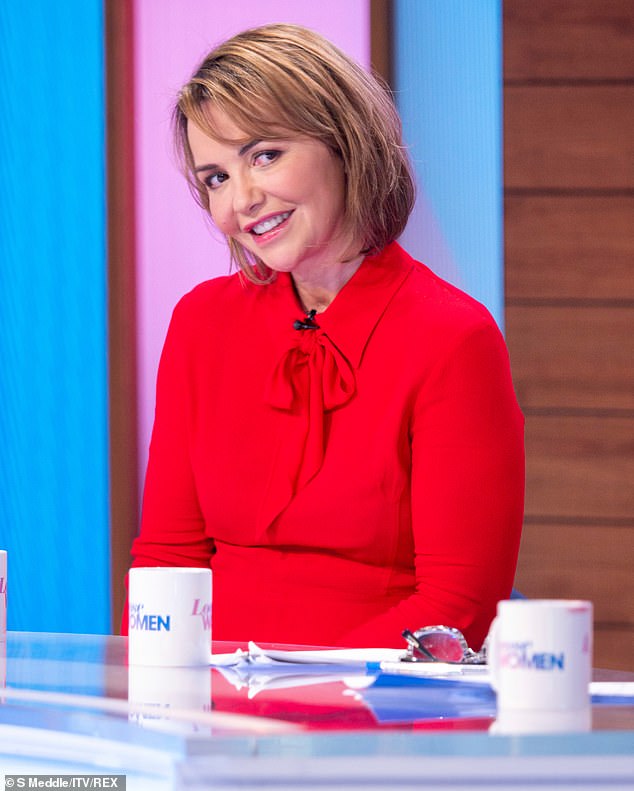 Check yourself! Rita urged women to check their breasts and said her mum Vera, who is an NHS psychiatrist, did not have a lump on her breast but experienced a ‘sharp pain’

Rita has recently received huge backlash for hosting a birthday party to celebrate her 30th that flouted Covid-19 regulations.

The Mail On Sunday previously revealed that prior to her birthday Rita flew by private jet to Cairo on November 21 to perform at the five-star W Hotel.

The Masked Singer judge returned the next day and under Government quarantine rules should have self-isolated for 14 days.

Instead, she threw a birthday party on November 28 at the exclusive Casa Cruz restaurant in Notting Hill, West London.

For the party, she apologised with the following statement: ‘Hello all, I attended a small gathering with some friends to celebrate my 30th birthday. 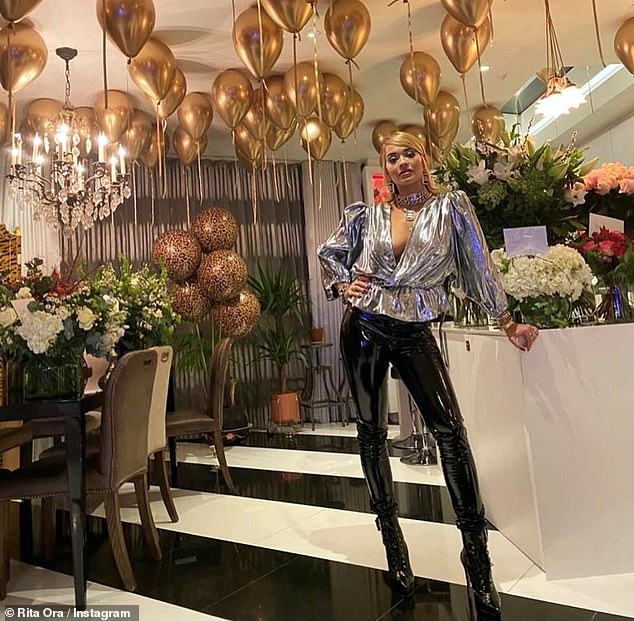 Criticism: Rita has recently received huge backlash for hosting a birthday party to celebrate her 30th that flouted Covid-19 regulations

‘It was a spur of the moment decision made with the misguided view that we were coming out of lockdown and this would be OK… I’m deeply sorry for breaking the rules and in turn understand that this puts people at risk.

‘This was a serious and inexcusable error of judgement. Given the restrictions, I realise how irresponsible these actions were and I take full responsibility.

‘I feel particularly embarrassed knowing first-hand how hard people have worked to combat this terrible illness and being fully aware of the sacrifices that people and businesses have made to help keep us all safe.

‘Even though this won’t make it right, I want to sincerely apologise.’

She paid the hefty £10k fine for breaching these protocols, having been reported to the police, who investigated the restaurant, which looked to be closed up. 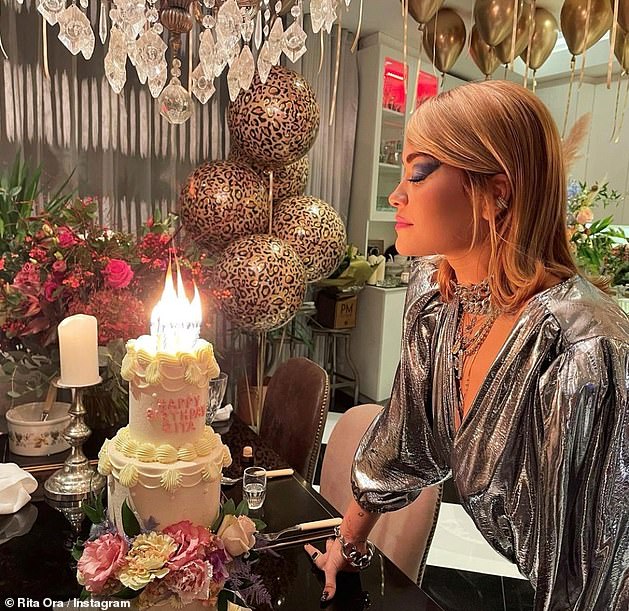 Shocking: Rita was forced to publicly apologise after it emerged she’d hosted a 30th birthday party at a London restaurant while the country was in lockdown

But she was then forced into another grovelling apology for breaching strict coronavirus rules, amid the travel embarrassment.

She said: ‘I recently flew to Egypt to perform at a corporate event for a private company, where my travel party followed protocol and presented negative Covid tests upon entry, as required by Egyptian authorities.

‘While I realise the apologetic words of a pop star might not carry much weight, especially one who has broken the rules like I have, I do realise some might seek to follow my example. 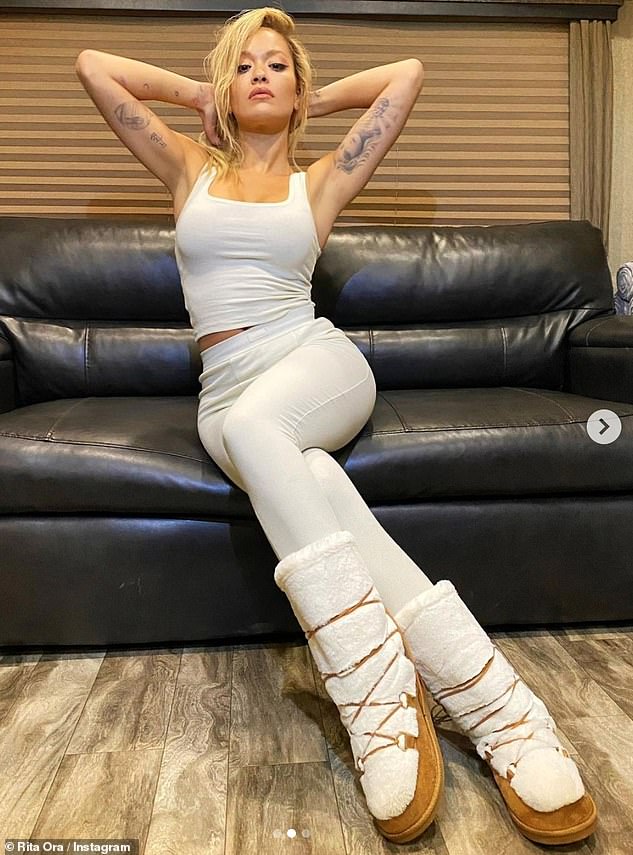 Consequence: Rita paid the hefty £10k fine for breaching protocols, having been reported to the police, who investigated the restaurant, which, to any passers-by, looked to be closed up

‘My message to them is simple: please don’t. The guilt and shame I’ve carried this week for my mistake aren’t worth it. Instead, continue to listen to the Government advice and the voices of the heroes of the NHS and take the required precautions.’

‘In the meantime, I will be donating my fee from Egypt to charity. Be better than I have been and learn from my mistakes so you don’t have to learn the hard way yourselves.’

A spokesman for the star, estimated to be worth £10million, said she and her team had all subsequently tested negative for coronavirus.

Guidelines brought in with the lockdown between November 5 and December 2 stated that people must ‘not meet socially indoors with family or friends unless they are part of your household, meaning the people you live with, or your support bubble’.