Who is Rishi Sunak? That’s the question I set out to answer when I decided to write a book about how he landed one of the most powerful and influential jobs in government.

It all happened so suddenly. One minute almost nobody outside Westminster and Yorkshire, where he is an MP, had heard of him.

The next, he was Chancellor of the Exchequer, leading the economic response to coronavirus. In what seemed like a heartbeat, he had become a star.

His new role leading the battle to save jobs and livelihoods from the impact of the pandemic would have been reason enough to explore his past, but something else spurred me on: people were beginning to talk of Sunak as a future Conservative Party leader.

One minute almost nobody outside Westminster and Yorkshire, where he is an MP, had heard of him. The next, he was Chancellor of the Exchequer, leading the economic response to coronavirus. In what seemed like a heartbeat, he had become a star

Not only that: at Westminster, the buzz around him was such that colleagues were beginning to speculate he might be the next Prime Minister.

This was exciting, but beyond the various measures he devised to help workers and businesses weather the storm, like the furlough scheme and Eat Out To Help Out, most people still didn’t know much about him.

So I set out to chart his journey from suburban Southampton, where he grew up the son of a GP father and pharmacist mother, to Oxford, the City of London, Silicon Valley and the Houses of Parliament. Along the way, he married an Indian heiress, adding glamour into his remarkable success story.

From the moment I embarked on my research, what I heard time and again about Rishi Sunak is how much his colleagues like him.

In interview after interview with MPs, special advisers, political strategists, almost everyone with whom I spoke described him as really ‘nice’.

Their tone was always admiring. ‘He’s just a great guy,’ they would say, generally adding that he is exceptionally bright, capable, and works very, very hard.

Voters are impressed, too, seeing a politician who is on their side and wants to help. In my polling, he is often praised as one of the few Ministers who seems to know what he is doing.

But this overwhelming positivity about Sunak among those who have worked with him was weird – and a little frustrating. Were people just singing his praises because they wanted to stay in his good books? I did not want to write a hagiography, yet nobody had a bad word. 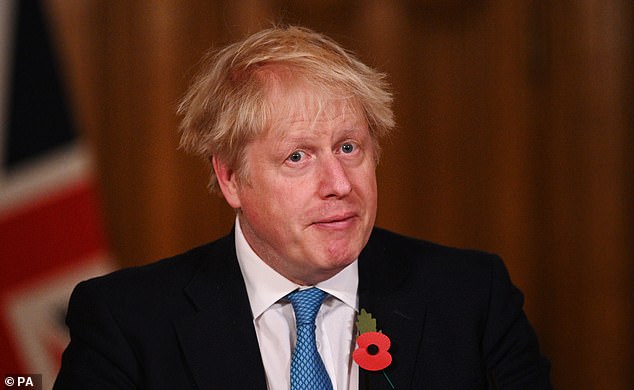 From the moment I embarked on my research, what I heard time and again about Rishi Sunak is how much his colleagues like him. Mr Sunak was appointed by Boris Johnson earlier this year

Not only had he apparently reached the top of politics without upsetting anyone, his meteoric rise did not seem to have given cause to any real jealousy, either among the 2015 intake of Tory MPs who entered Parliament at the same time as he did, or more experienced colleagues who might be forgiven for some resentment over the speed of his ascent.

In the cut-throat, back-stabbing world of politics, this is quite remarkable. What was going on?

What I discovered as I researched his background is that Sunak has been professionally trained to be ultra-careful about the way he treats others.

This is not just an act – he is naturally personable – but cultivating colleagues is an artform he has perfected since he left university, and he is nothing short of brilliant at it.

As a young trainee at Goldman Sachs in the early 2000s, his survival depended not only on his financial acumen but also on his interpersonal skills.

The corporate culture was one in which those who did well rose fast, while those who failed to impress were quickly issued with a P45.

To avoid this fate, Sunak not only had to put in punishing hours at the office – a bad day might begin before 8am and finish in the middle of the night – but also continually impress (or at the very least not alienate) both his bosses and his peer group.

In an approach that encouraged every employee to tread exceptionally carefully with colleagues, the firm operated a ‘360-degree review process,’ in which staff were actively encouraged to report back on each other.

To climb the ladder, new recruits could never afford to forget that everyone with whom they worked had a line into the HR department – and could stab them in the back.

After three years, Sunak left Goldman to study for an MBA at Stanford, securing a Fulbright Scholarship to help fund the course, but he never forgot the people skills he learned at the bank.

When in 2015 he entered politics, securing one of the safest Tory seats in the country, his respectful attitude to others, whatever their seniority, marked him out in an environment in which it is commonplace to trample on others to reach the top.

Today, he remains eager to learn, recently startling an applicant for a senior position at the Treasury by asking the candidate to offer a critical appraisal of his performance as Chancellor.

Sunak also takes a professional approach to his personal brand, using some of the best spinners in the business to curate his public image. He is assiduous in maintaining his physique, regularly working out on an exercise bike and even fasting to keep in shape.

Will he make it to the very top? The odds look good. Fellow MPs rate him, and politicians of this calibre whom voters like and trust are few and far between.

But it could be his very ‘niceness’ that ultimately impedes his path to No 10. He will never be the scheming Frank Underwood in House Of Cards.

Some who know him well think he may lack the Machiavellian streak required to outmanoeuvre rivals.

Indeed, Richard Sharp, his former boss at Goldman Sachs, advised him not to go into politics, doubting he was equipped for such a ‘dirty business’.

It is also unclear how he will ultimately emerge from the coronavirus crisis.

For months, he has been bracing himself for the backlash he knows will come his way when the furlough scheme is wound up, more people lose their jobs, and he must begin to raise taxes.

Recently, a highly personal video by a Left-wing campaign group depicting him as obscenely rich and out of touch went viral: a taste of what may be to come.

Yet he is still only 40 years old. Based on what I have learned about his personality, ambition and work ethic, I suspect the rise of Rishi Sunak has only just begun.