Investors will soon be able to buy a ‘green bond’ from the Government so it can raise money for environmentally friendly projects.

Mr Bailey said at the City of London’s Green Horizon Summit that tackling global warming is vital to creating a ‘strong and secure future’ for the UK’s £130billion financial services industry.

Mr Sunak vowed the UK would be a leader in ‘green finance’ after leaving the EU.

Money from the sale of Government bonds – also known as gilts – is used to fund State projects.

But Mr Sunak told the Commons green bond cash will be only used to ‘fund projects to tackle climate change, finance much-needed infrastructure investment, and create green jobs across this country’.

He added that the UK would be the first in the G20 group of wealthy countries to force large companies and financial institutions to disclose their impact on the environment by 2025. 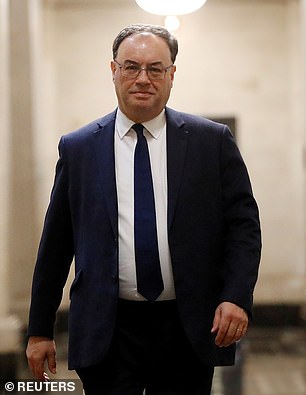 The move comes as the UK attempts to burnish its green credentials to curry favour with US president-elect Joe Biden, in the hope of reaching a post-Brexit trade agreement.

Unlike his predecessor Donald Trump, Mr Biden has been critical of the UK’s decision to leave the European Union.

But he has promised to rejoin the Paris climate accord which President Trump dramatically withdrew from, and Prime Minister Boris Johnson will be hoping that a renewed push into green finance will put the two leaders on common ground.

The UK will also be hoping to boost its standing in the word of green finance as it prepares to host the United Nation’s COP26 climate change summit in Glasgow next year, which is being heralded as a seminal moment for countries to come together and confirm more drastic action to prevent irreparable damage to the environement.

Mr Sunak’s plans were welcomed by investors. Sarah Gordon, chief executive of the Impact Investing Institute, said: ‘There has never been a more important moment for the UK government to show leadership in sustainable finance, and to respond to investors’ desire to invest in a sustainable, green recovery.

‘A Green Gilt will demonstrate the City’s credentials in this increasingly important market, and provide an example for businesses and local authorities to follow.’ 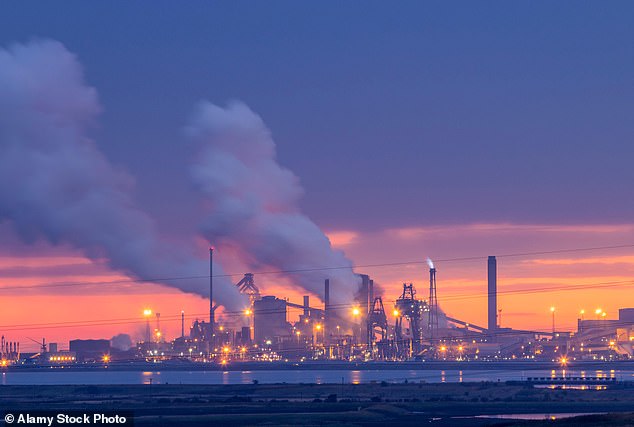 Chris Cummings of the Investment Association, which represents investment managers looking after around £8.5 trillion of savers’ money, added: ‘Financial services will be critical in driving the economy to net zero, and the launch of the UK’s first Sovereign Green Bond is an important and ambitious step as we seek to build a more resilient and sustainable financial system.’

Earlier in the day, Mr Bailey said the Bank and the Government had been right to support all industries through the coronavirus crisis regardless of their environmental credentials.

‘In the face of such an emergency in all conscience it was not right to say to people that they would be denied a livelihood because their employment was of the wrong sort for the climate,’ he said.

But Mr Bailey confirmed that the Bank would be focused on combatting climate change as the UK’s beleaguered economy emerges from its recession.