Chancellor Rishi Sunak today pledged to pay a £1,000 ‘jobs retention bonus’ to businesses for every person they bring back to work after being put on furlough through lockdown.

The Chancellor broke with tradition by announcing the shock taxpayer-funded policy at the start his Commons statement as experts warned that a ‘tsunami’ of redundancies will follow when the scheme ends in October.

The bonus will be paid to any firm whose previously furloughed worker is in the same job past January 31 2021 and earns at least £520-a-month.

The £1,000-per-person pledge will cost £9billion and is part of Mr Sunak’s promise to keep as many people in work as possible after the pandemic tipped the UK into recession.

But critics have said that millions of furloughed workers have already returned to work meaning Mr Sunak will be paying billions of pounds to businesses who have already chosen to get staff back in the office, shop, factory or building site with no intention of laying them off.

Others have said that employers may choose to wait until early next year to claim their bonus from the taxpayer and then sack their staff – or may not see £1,000 as enough of an incentive to employ someone until January at all and make them redundant now.

Explaining the new bonus scheme, Rishi Sunak told the Commons: ‘If you’re an employer and you bring back someone who was furloughed – and continuously employ them through to January – we’ll pay you a £1,000 bonus per employee.

‘Its vital people aren’t just returning for the sake of it – they need to be doing decent work. So for businesses to get the bonus, the employee must be paid at least £520 on average, in each month from November to the end of January – the equivalent of the lower earnings limit in national insurance.’

Chancellor Rishi Sunak, pictured today, pledged to £1,000 to businesses for every person they bring back to work after being put on furlough through lockdown 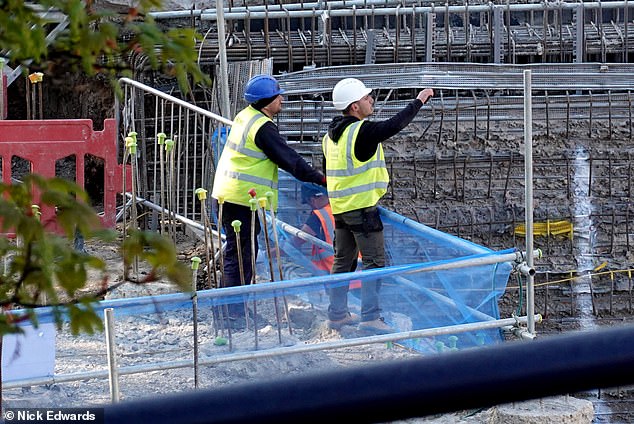 Unemployment is at around four per cent but some fear it could reach 14 per cent without help from the Treasury.

The Chancellor said if employers bring back all nine million people who have been on furlough then it would be a £9 billion policy.

How will Rishi’s £1,000 per employee furlough bonus work?

Under the Jobs Retention Bonus, firms will be paid £1,000 for each employee they bring back from furlough.

But to avoid businesses taking advantage,continuously employ through to January on an average of at least £520 a month.

If all furloughed workers are taken back by their employer the scheme will cost the Government £9 billion, the Chancellor said.

He added: ‘Our message to business is clear: if you stand by your workers, we will stand by you.’

Chancellor Rishi Sunak said the the second phase of the Government’s plan is about jobs, with the third phase focused on rebuilding.

He added he will produce a Budget and spending review in the autumn.

Mr Sunak said the furlough scheme ‘cannot and should not go on forever’, telling MPs: ‘I know that when furlough ends it will be a difficult moment. I’m also sure that if I say the scheme must end in October, critics will say it should end in November.

‘If I say it should end in November, critics will say December. But the truth is: calling for endless extensions to the furlough is just as irresponsible as it would have been, back in June, to end the scheme overnight. We have to be honest.’

He went on in the Commons: ‘Leaving the furlough scheme open forever gives people false hope that it will always be possible to return to the jobs they had before.

‘And the longer people are on furlough, the more likely it is their skills could fade, and they will find it harder to get new opportunities. It is in no-one’s long term interests for the scheme to continue forever – least of all those trapped in a job that can only exist because of Government subsidy.’ 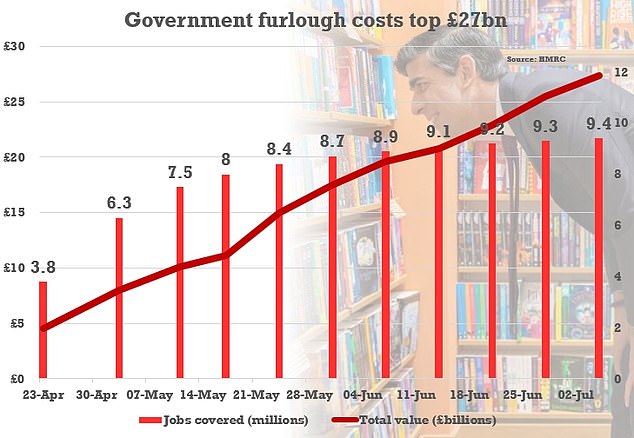 Some 9.4million jobs are now on furlough, with costs £27.4billion and rising

Sunak’s ‘mini-Budget’ package at a glance

A radical plan to pay the wages of up to 300,000 young people on Universal Credit if businesses agree to take them on for at least six months;

A £2billion scheme to subsidise home insulation and other environmental upgrades that ministers hope will support more than 100,000 jobs;

A temporary cut in VAT which is expected to be focused on struggling sectors like hospitality;

Schools, hospitals and other public buildings are to get £1billion to make them greener and more energy efficient;

Some £50million to fund retrofitting of social housing with insulation, double glazing and heat pumps;

He said the ‘jobs retention bonus’ will reward and incentivise employers who bring furloughed staff back.

The Chancellor, in what amounts to a mini-budget, told MPs that the Government will do ‘all we can’ to keep people in work.

Addressing MPs, Mr Sunak said his ‘plan for jobs’ would help protect livelihoods after the economy contracted by 25% in just two months.

He said: ‘We have taken decisive action to protect our economy.

‘But people are anxious about losing their jobs, about unemployment rising. We’re not just going to accept this.

‘People need to know we will do all we can to give everyone the opportunity of good and secure work.

‘People need to know that although hardship lies ahead, no-one will be left without hope.’

It aims to help businesses retain staff who would otherwise have been laid off, providing them with a grant worth 80pc or up to £2,500 per month of a furloughed employee’s wages.

Some 9.3million jobs are currently being supported by the scheme, official figures showed yesterday, although Sunak has said it will begin winding down from August.

Experts have predicted its total cost could reach £60bn by the time it is closed at the end of October.

Some major firms such as fashion brand Burberry, housebuilder Persimmon and Paddy Power owner Flutter took a stand by avoiding using the scheme.

But its use by other big companies that are hugely profitable has proved controversial, while there are also fears that some employers will pocket the cash and still lay off workers afterwards. 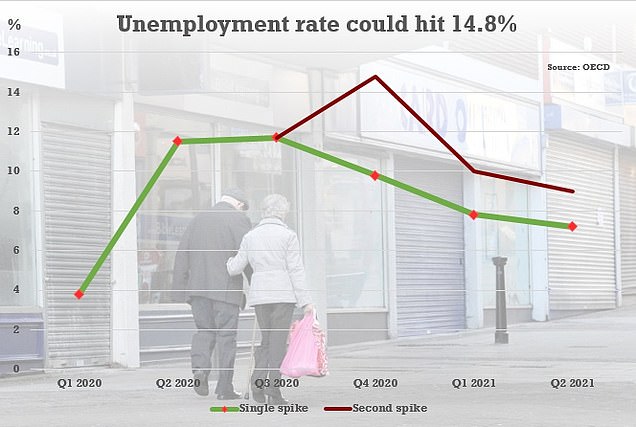