Rio Ferdinand has hailed Antonio Rudiger’s importance to Chelsea and described the defender as the best centre back in the country.

Rudiger lost his place in the Cheslea team under Frank Lampard but was brought back into the fold by Thomas Tuchel and played an integral part in the club’s Champions League triumph last season.

The 28-year-old has started the season strongly, helping the Blues keep four clean sheets from their first six Premier League games. And Ferdinand believes he is currently the best in English football. 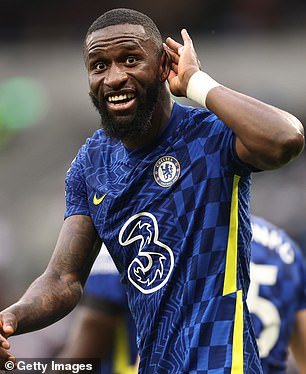 ‘At the moment yes (he is the best centre back in the country),’ Ferdinand told BT Sport.

‘(Ruben) Dias overall last season would have got the best defender in the league but since Tuchel has come I think he has been the most commanding centre back in the league. I think he’s been phenomenal.

‘Absolute desire to win every ball, aggression. Baring in mind he’s come from a place almost in the wilderness under the previous manager Frank Lampard. 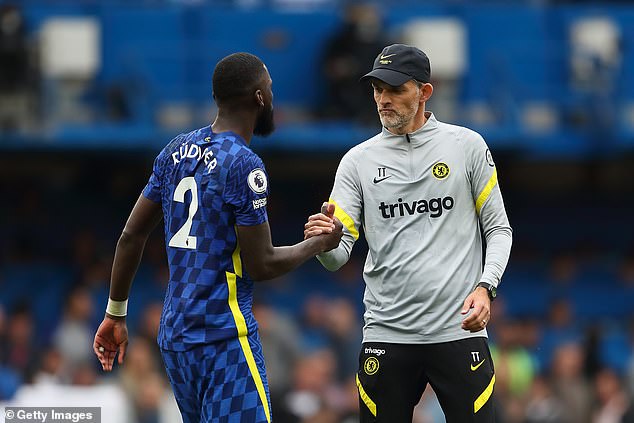 ‘Every manager has their preferences of players and he just wasn’t flavour of the month under Frank and that’s fine but the character to come back into the team and be an integral member of this team.

‘One of the main reasons they won the Champions League because without him I don’t think they do it.’

Eni Aluko was also full of praise fod the defender, adding: ‘He’s got pace, as a defender against quick forwards that’s always going to help you.

‘That covering, emergency defending, he’s got that intelligence.’ 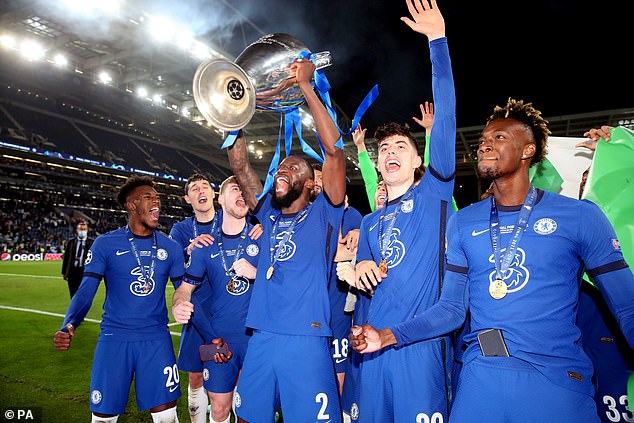 Joe Cole insisted Chelsea have to prioritise tying Rudiger down to a new deal with the German defender out of contract in the summer.

‘That’s one of the biggest bits of business Chelsea need to do,’ said Cole.

‘He’s an integral member of the group, he’s a leader – they need to get that sorted.’