She knows how to command a room.

And Rihanna was at it again in a captivating and sensual new ad promoting Savage x Fenty’s line of Valentine’s Day themed lingerie.

The pop culture icon, 34, who was recently nominated for a Golden Globe award, dropped jaws in a sexy lace lingerie catsuit as she posed seductively in the edgy ad.

She put on a steamy display as she lay sensually upon a glowing platform with her back and cleavage on show.

Her hair was piled partially up in an edgy style and she also worked strappy black heels.

Throughout the ad, a shattering red heart played in the background behind Rihanna.

‘Phuck yo roses,’ Rihanna captioned the video. She added a heart emoticon and the hashtag ‘XXSavageX.’ 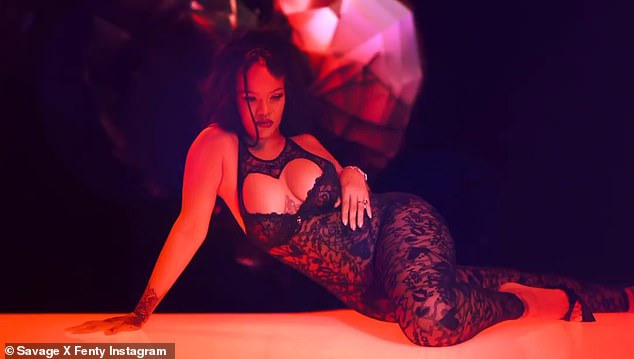 Va va voom! She put on a steamy display as she lay sensually upon a glowing platform with her back and cleavage on show 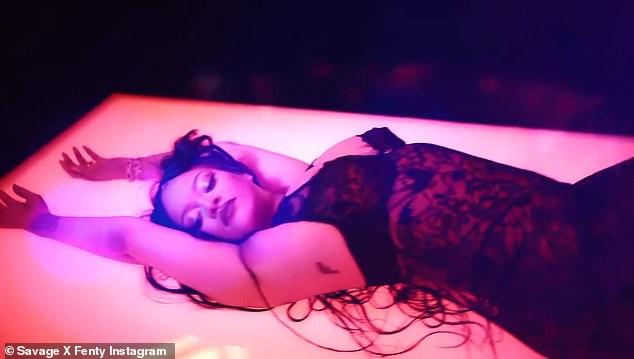 Sexy: She lay on the glowing platform with her arms thrown above her head

Rihanna appeared to be rocking the Lovestruck Lace Crotchless Catsuit, which is regularly priced at $94.95.

On top of working on her fashion line, Rihanna has also been receiving acclaim for her musical endeavors.

The musician snagged her first-ever Golden Globe nomination this year for her song Lift Me Up from the Black Panther: Wakanda Forever soundtrack. 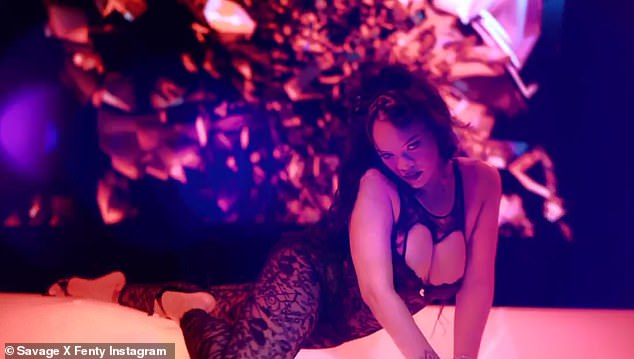 Eyes up here: She cast a come-hither gaze as she lay on the platform 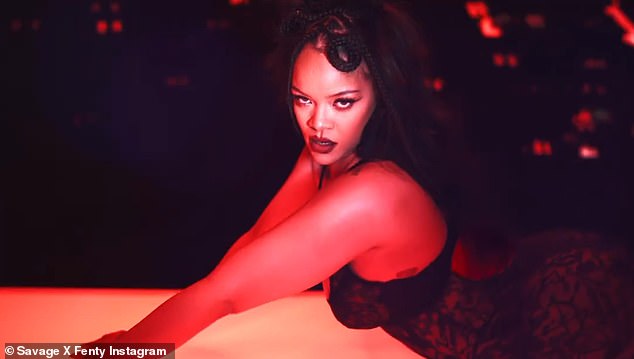 Fashion endeavours: Rihanna appeared to be rocking the Lovestruck Lace Crotchless Catsuit, which is regularly priced at $94.95

Rihanna was up against the likes of Taylor Swift and Lady Gaga in the ‘Best Song’ category but all three pop divas lost to the viral track, Naatu Naatu, from the film RRR.

She was captured giggling beside her beau A$AP Rocky in the audience as she received random acknowledgements from host Jerrod Carmichael and presenters.

After the ceremony, the loved-up duo posed for photos backstage and mingled with award recipients like Angela Bassett. 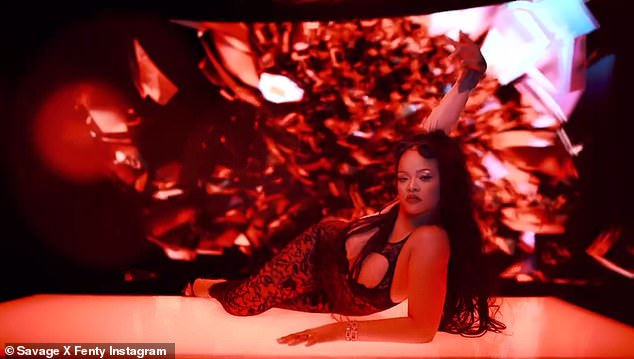 Spreading the love: Throughout the video, a shattering heart played in the background

Actress Niecy Nash, who was one of the evening’s presenters, kicked off the Rihanna-centered dialogue when admitting on stage that she had dressed as the Diamonds singer this past Halloween.

‘Rihanna, I love you, and I dressed up as you for Halloween. I just had to say that. All right. Had to take my moment,’ said the Dahmer star, before announcing the winner for best actress in a TV series, musical or comedy.

Later in the night, Billy Porter made a callback to Niecy’s admission by stating that if he ‘believed in Halloween, I’d have dressed up like Rihanna, too.’

But it was host Jerrod Carmichael who made the most ‘controversial’ remark when he shared his opinion regarding Rihanna’s long-awaited ninth studio album. 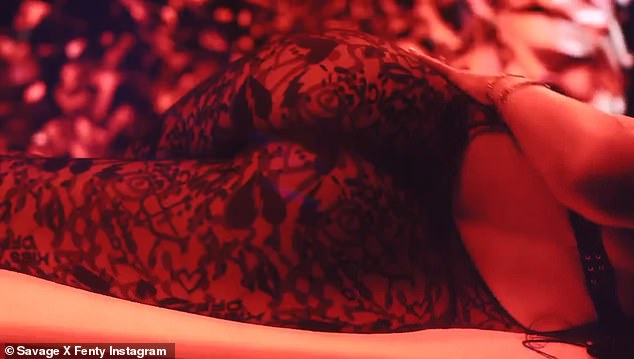 Cheeky: She put her backside on display as she showcased her curves

Pop culture icon: On top of working on her fashion line, the superstar has also been receiving acclaim for her musical endeavors

Fans have long harassed the singer on social media to ‘hurry up’ since she hasn’t released an album in its entirety since 2016’s Anti.

‘You know what? Honestly only because I see Rihanna is here, and I’m going to say something very controversial,’ said Jerrod, adding: ‘I will actually get in trouble for this.’

He then exclaimed: ‘Rihanna, you take all the time you want on that album, girl! Don’t let these fools on the internet pressure you into nothing!’ 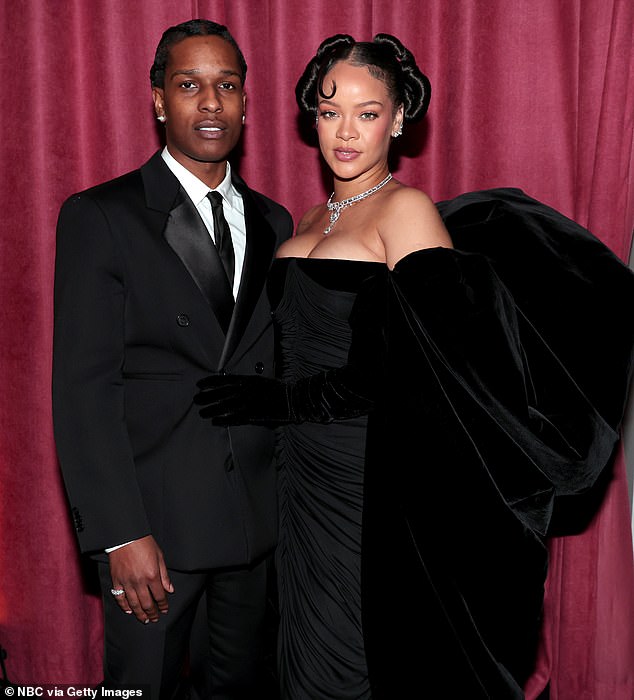 Going for the gold! Rihanna attended the Golden Globes with her boyfriend A$AP Rocky