With her wildly successful beauty brand empire, return to music that includes a new studio album, and the arrival of her first child, Rihanna has been one busy lady.

But on Saturday, the fashionista decided to take a reprieve from all her responsibilities, albeit short, and head out for dinner in her adopted hometown of New York City.

The brains behind Fenty Beauty and Savage X Fenty was spotted just as she was leaving a high-end restaurant in Manhattan and getting into an awaiting vehicle.

Dinner date: Rihanna, 34, stepped out for dinner in an all-black ensemble in her adopted hometown of New York City on Saturday

She also wore black boots and carried a small clutch purse for her short walk to an SUV that was seemingly going to take her back home to her awaiting infant son, who only six-months-old.

Oozing rock star cool, the pop star-turned-entrepreneur sported sunglasses at night, and had her raven tresses styled long and flowing. 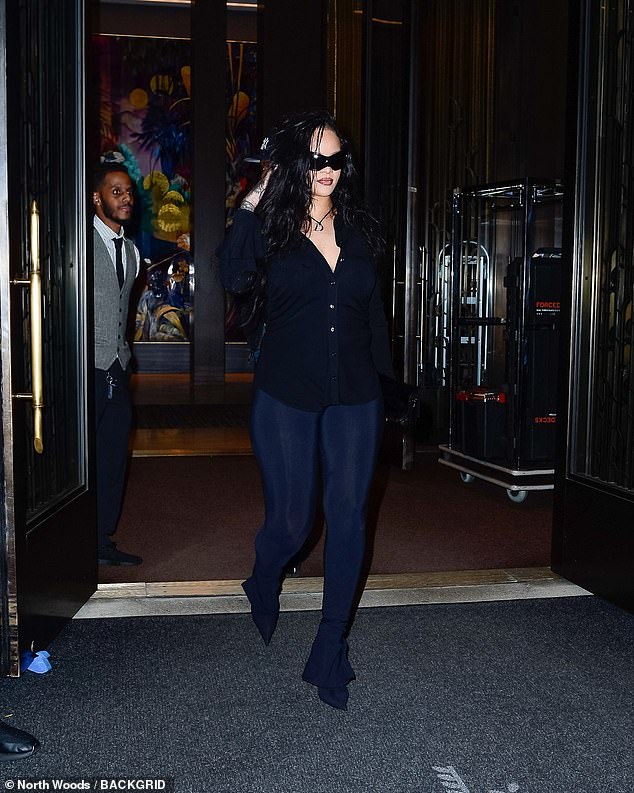 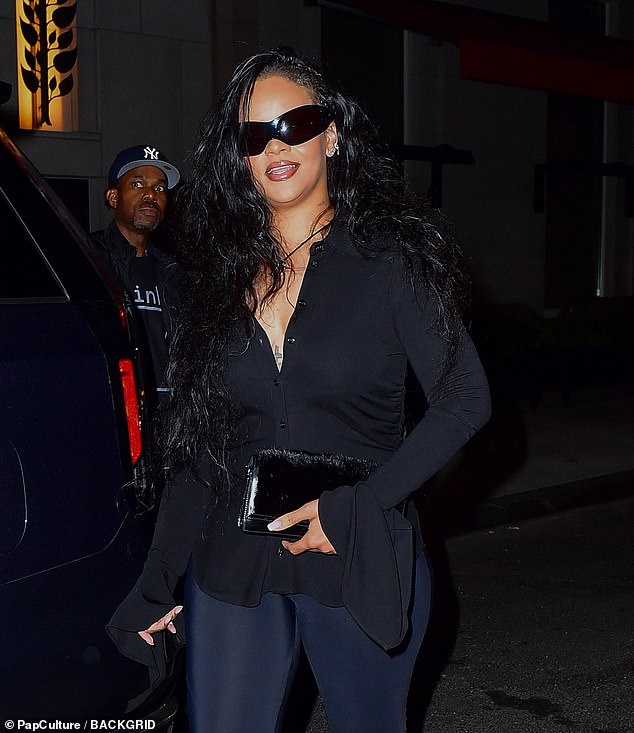 It appears Rihanna headed out to the Caviar Russe, a high-end new American restaurant/caviar specialist on Madison Avenue, without beau and baby daddy ASAP Rocky.

Looking toned and fit, Rihanna only just gave birth to their son in mid-May.

As part of her return to music, the Don’t Stop The Music star released the lead single from the upcoming Black Panther: Wakanda Forever soundtrack titled Lift Me Up on October 28.

The superstar performer has been open about finishing up work on her ninth studio album, which will mark her first full length record since Anti, which dropped back in January 2016.

Solo: It appears Rihanna headed out to the Caviar Russe, a high-end new American restaurant/caviar specialist on Madison Avenue, without beau and baby daddy ASAP Rocky 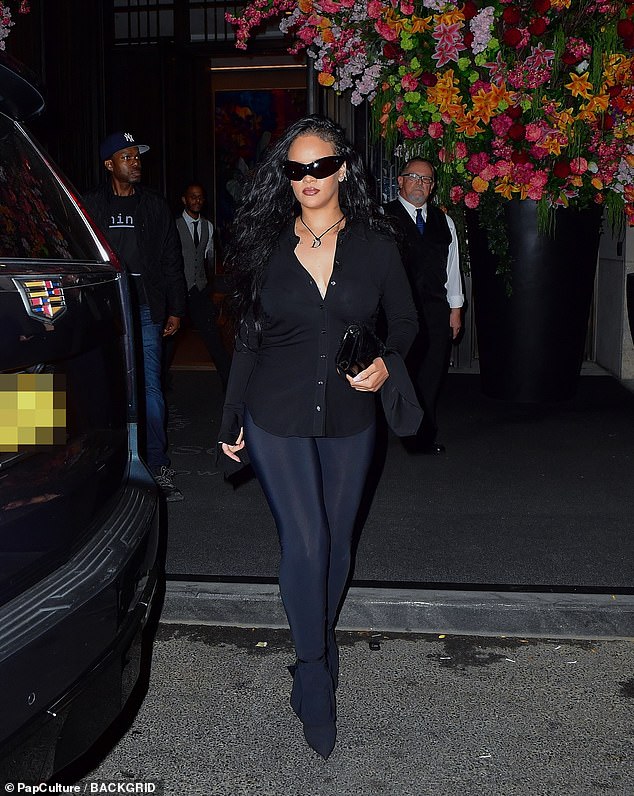 The singer-songwriter also announced she would be headlining the Super Bowl LVII halftime show in February, and is expected to do a stadium tour in 2023.

Like his lady, Rocky (born Rakim Athelaston Mayers), 34, has been hard at work on what will be his fourth studio album.

In September, the F***in’ Problems star set people straight and shot down reports that the title of the new record was All Smiles.

Rocky went on to say that he has pushed himself to the limit on everything with his new batch of songs that he described as ‘a more polished sound.’

The New York City native has not released a full studio album since Testing (2018), which was supported by two singles: ASAP Forever and Praise the Lord (Da Shine).

Return to music: The singer-songwriter also announced she would be headlining the Super Bowl LVII halftime show in February 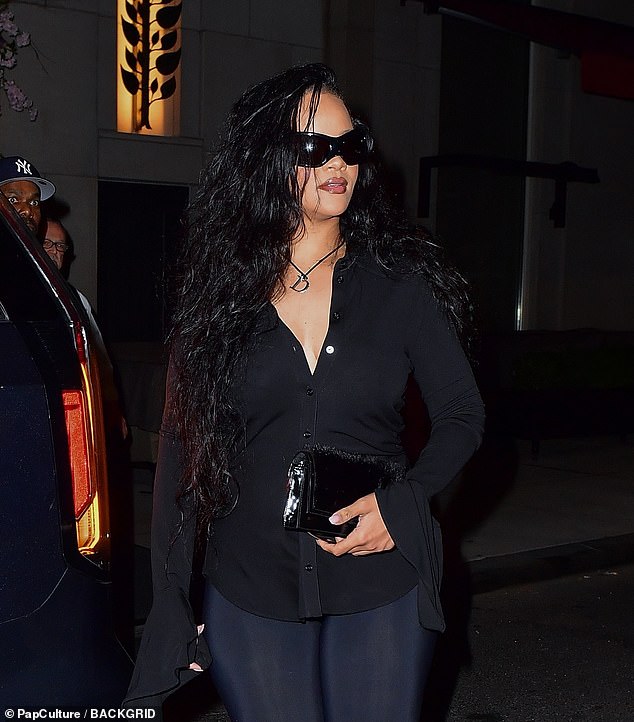