With Christmas approaching, I couldn’t help wondering how The Nativity might have turned out if coronavirus had been around back then.

The Bible would probably have recorded it something like this…

And lo, Caesar Borisius decreed that a mass vaccination for the pestilence which is called Co-Vid should take place among all the citizenry of the Land. The whole populus must venture forth to the point of assembly in the park outside the trading post known as Cost-Co, at Bethlehem, City of David.

And Joseph the Carpenter left his home in Nazareth, where he had been furloughed for many months, and struck out on foot for Bethlehem, a journey of 90 Biblical miles as the crow fliest.

Joseph’s significant other, Mary, travelled with him on his pilgrimage unto Nazareth, for she was with child, after a serious breach of Co-Vid self-isolation rules which forbade sexual congress between men and women from different households during lockdown.

Four days and four nights did they trekketh through the treacherous terrain, their progress sorely impeded by the newly installed cycle lane on the main track between Nazareth and Bethlehem, which was gridlocked with a sea of humanity heading for the park at Cost-Co

They were betrothed to be joined in Holy Matrimony but their wedlock was postponed indefinitely because of Co-Vid regulations.

Four days and four nights did they trekketh through the treacherous terrain, their progress sorely impeded by the newly installed cycle lane on the main track between Nazareth and Bethlehem, which was gridlocked with a sea of humanity heading for the park at Cost-Co. Mary rode upon a donkey and pleaded with the Co-Vid marshals to let her use the cycle lane, which was devoid of pushbikes in both directions as far as the eye could see.

But the Co-Vid marshals sayeth unto her: that is for cyclists only, not donkeys, or mules, or asses, or oxen-carts, or Ubers. Verily, ’tis more than my job’s worth, missus.

Worry thou not, Joseph sayeth unto Mary. We shall soon be in Bethlehem. I have booked a double room at the Premier Inn. After we have been vaccinated, thou can have a nice hot bath and we shall go out for a substantial meal. 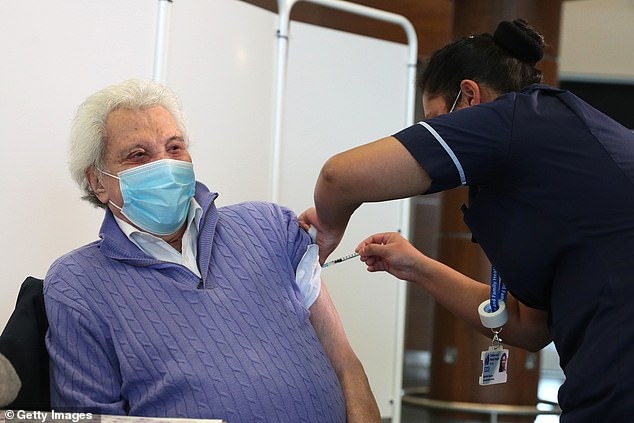 What’s in this vaccine? asketh Joseph. Eye of newt, toe of frog, tongue of dog, that sort of thing? Something like that, sayeth the foot-soldier. Wool of bat, I believe, imported from Wuhan Province, in China

And on the fifth day they reached the outskirts of Bethlehem, where they were met by heavily armed Centurions. You can’t enter the City of David, they sayeth. Nazareth is in Tier 2 and Bethlehem is in Tier 3 and we have orders to turn you back.

But Joseph imploreth them: Mary is with child and is about to droppeth at any moment. We must get vaccinated against the pestilence known as Co-Vid and find shelter.

Ok, sayeth the Chief Centurion, who was clad in the garment known as Hi-Viz. Seeing as it’s Christmas, I shall take pity upon thou. But thou must cover thine face and nose and remain at least two cubits apart from other people.

And Joseph and Mary ventured unto Cost-Co, where they found a teeming multitude engaged in mortal combat. Joseph asketh a fellow pilgrim, who was pushing a handcart and wearing a face-mask of many colours: Is this the queue for the vaccination?

And the pilgrim sayeth unto Joseph: No chance, squire, this the queue for panic-buying bog rolls. 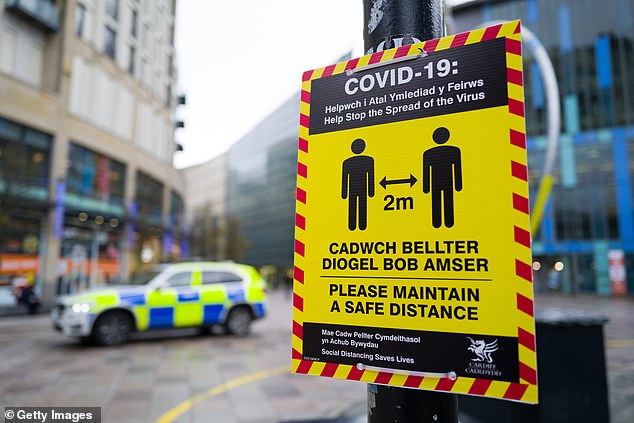 But Joseph imploreth them: Mary is with child and is about to droppeth at any moment. We must get vaccinated against the pestilence known as Co-Vid and find shelter

Many long hours later, Joseph and Mary ascended to the front of the melee, where a weary Roman foot-soldier in full battle dress was brandishing a fearsome metal probe and ordered Joseph to assume the position so he could take his temperature.

Haven’t thou got one of those devices thou can pointeth at my forehead? Joseph sayeth, alarm spreading across his visage. They haven’t been invented yet, sayeth the foot-soldier. Now, stop moaning and touch your toes.

What’s in this vaccine? asketh Joseph. Eye of newt, toe of frog, tongue of dog, that sort of thing? Something like that, sayeth the foot-soldier. Wool of bat, I believe, imported from Wuhan Province, in China.

Being with child, Mary was spared the temperature ordeal by one of 16 Vestal Virgins, who had been seconded to Public Health Judea for the duration.

Boy or girl? inquirest the Vestal Virgin. Hoping for a boy, sayeth Mary. We’re planning to call him Jesus, King of the Jews.

Hush, interrupteth the Virgin. I wouldn’t let anyone hear you say that. Hezbollah have got spies everywhere.

After receiving the coronavirus vaccine, Joseph and Mary headed into Bethlehem Town, careful to observe social distancing at all times, for they were sore afraid of Co-Vid, which the Two Soothsayers of Doom, Val-Lance and Whit-Ty, insist is more deadly even than a plague of locusts.

When they arrived at their overnight destination, there was no room at the Premier Inn. Nor any other inn. All were ordered to close by proclamation of Caesar Borisius, or face a fine of 10,000 shekels, rising to crucifixion for repeat offenders.

They found a tavern, which was allowed to serve takeaways. Joseph sayeth: Could we have some loaves and fishes? You must be joking, guv, sayeth the landlord. We’ve had five thousand people banging on the door today. Cleaned us right out of loaves and fishes. I could do you a scotch egg, left over from last night before they put us in Tier 3.

Do you know where we can stay for the night? Joseph asketh. Not here, chief, sayeth the landlord, but my brother-in-law has a stable round the corner. Thou could dosseth down there, but he won’t let you in without a mask what with the Co-Vid marshals on the prowl.

And lo it came to pass, that they lay down in the hay, watched over by the donkey, and cows and sheep. And Mary gave birth to a baby boy and wrapped him in swaddling PPE and laid him in a manger.

But Joseph turned them away, saying Arabia has followed the lead of Wee Bur-Ney, the Queen of Caledonia, and has been put in Tier 4. Plus, thou are not in our nominated bubble. So push off before we grass thou up to the Co-Vid patrol.

And in the fields, shepherds observing the Rule of Six were watching their flocks when the Angel of the North descended and sayeth unto them: Fear not, I bring you tidings of comfort and joy. A child has been born in Bethlehem and He is your Saviour.

And the shepherds rejoiced and took the knee in supplication. And they sayeth unto the Angel: This Saviour, has he got a cure for coronavirus?