Plastic straws attached to Ribena cartons, a mainstay in millions of packed lunches, are being replaced with easily recyclable paper alternatives.

The switch will remove some 41million polluting straws, saving 16 tons of plastic a year.

Working alongside Tesco, Ribena owner Suntory developed the paper products that do not go soggy.

A total ban on the sale of straws stuck on to juice cartons will come into effect this July, following campaigning by the Daily Mail under the ‘Turn the Tide on Plastic’ banner.

Plastic straws attached to Ribena cartons, a mainstay in millions of packed lunches, are being replaced with easily recyclable paper alternatives

The move comes as a study suggests polar bears and narwhals could die out because of disappearing icebergs.

Polar bears use the ice to hunt seals for food but will starve to death if they are driven to land.

Whereas the whales – known as unicorns of the sea because of their distinctive single tusk – use the ice to hide from predators, say scientists at the University of California, Santa Cruz.

The study, in the Journal of Experimental Biology, found that a polar bear would have to eat the equivalent of three million berries to get the calories that one ringed seal provides. 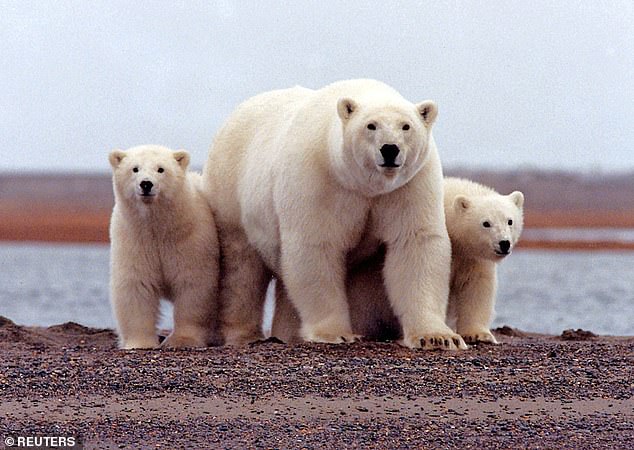