By Elly Blake For Mailonline

Residents of a terraced house have miraculously escaped after it collapsed on Wednesday morning.

Firefighters rushed to the property on Langford Road, Portsmouth, just after 8.30am after reports that the roof had crumbled.

Two people were treated by paramedics and taken to hospital.

Hampshire and Isle of Wight Fire and Rescue Service said a number of houses on the street had been evacuated. 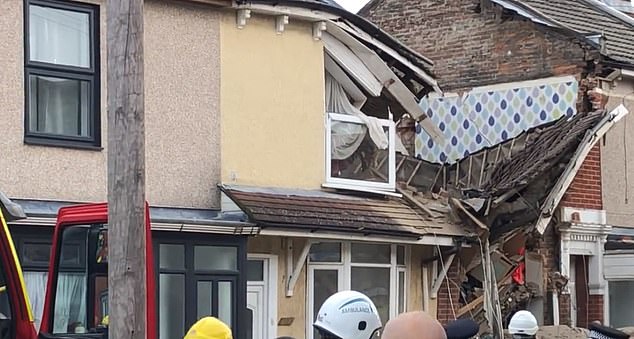 Firefighters rushed to the property on Langford Road, Portsmouth, after reports that after the roof had crumbled 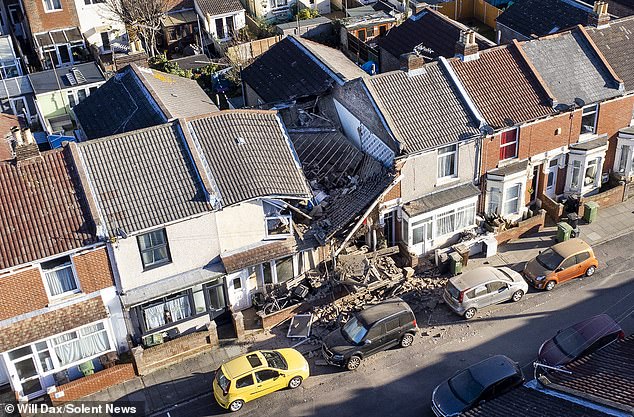 The road was closed as a cordon was put in place.

A fire service spokesman said: ‘Firefighters were called at 08:30 to Langford Road in Portsmouth after a terraced house collapsed this morning.

One crew from Southsea Fire Station and a USAR advisor were in attendance to assess the damage and make the scene safe.

Two casualties were treated by South Central Ambulance Service paramedics before they were taken onto hospital. 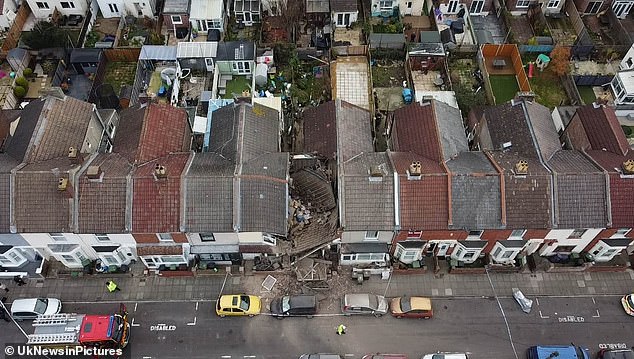 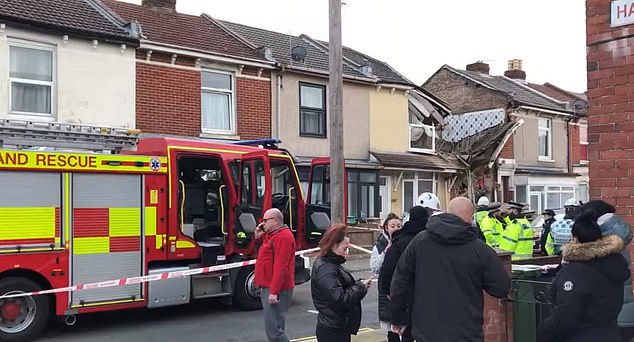 A number of houses were evacuated and the road was closed as a cordon was put in place.

The incident was handed over to Hampshire Constabulary and Portsmouth City Council engineers as utility companies worked to isolate the power and gas supply.

HIWFRS returned to station following the stop message at 11:08.’

A Hampshire Police spokesperson said: ‘We were called at 8.30am to Langford Road following reports of a building collapse.

‘We are assisting our colleagues at Portsmouth City Council with the road closure so they can evacuate nearby houses.’

Structural engineers from the council are currently at the site and a ‘rest centre’ has been set up to provide temporary shelter for affected residents.

A spokesperson for Portsmouth City Council added: ‘We anticipate that residents will be able to return home later today, following the emergency utilities work.

‘Anyone who cannot return to their home tonight is being supported to find an alternative place to stay.’