One of Australia’s most powerful bankers is convinced the Chinese Government will let Evergrande fail to teach other property developers a lesson about unsustainable debt.

Evergrande owes more than $400 billion to investors and has this week struggled to meet $110 million worth of annual interest payments.

The collapse of China’s second biggest property developer would have huge implications for Australia as China is a major buyer of Australian iron ore used to make steel.

Reserve Bank of Australia deputy governor Guy Debelle said the collapse of Evergrande, founded in 1996, was a real possibility, with the Chinese Communist Party government less willing to save it.

‘My assessment is how this evolves is very much in the hands of the Chinese authorities,’ he told the House of Representatives Economics Committee.

‘It’s something we’re spending a fair bit of time looking at.

‘Their tolerance of default is higher than it would have been even a few years ago.

‘They are willing to see some sort of default of limited consequence in a way that they probably weren’t going back a few years.’

Dr Debelle said China wanted to teach the property sector a lesson about the risks of overborrowing.

‘Your back’s not always covered,’ he said on Wednesday.

‘You can have a controlled default which can provide a salutary lesson to everyone that maybe you should price risk a little bit more appropriately.

‘That’s where they’ve been shifting rather than “we don’t want anyone to lose any money in any circumstance”. There’s been a shift in that mindset.’

Credit ratings agency S&P Global’s prediction of China letting it fail had sparked a major selloff on Tuesday night, as investors worried about the glut of unfinished apartments.

Evergrande subsidiary Hengda Real Estate Group on Wednesday agreed to an interest-payment deal with bondholders, but this hasn’t completely prevented a collapse. 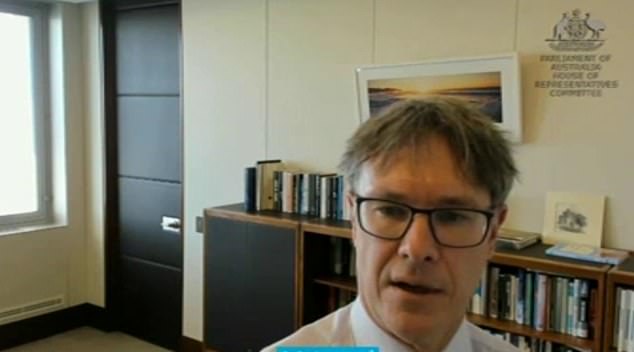 Reserve Bank of Australia deputy governor Guy Debelle said the collapse of Evergrande, founded in 1996, was a real possibility, with the Chinese Communist Party government less willing to save it

The news saw Bitcoin rally by 4.8 per cent to climb back above $60,000 for the first time since Monday when Evergrande missed an earlier bond payment deadline.

Iron ore prices are back above $US100 after sinking below that benchmark on Sunday for the first time since July 2020 but they are still half the $US200 level of July 2021.

Its share price has plunged by 85 per cent in 2021 but Thursday marked the biggest one-day increase since it listed in 2009, a Reuters analysis showed.

The Chinese Communist Party government is reluctant at this stage to rescue Evergrande as it cracks down on overborrowing under a new ‘three red lines’ policy.

But if the government did intervene, it would most likely take equity in Evergrande rather than just buy its debt.

President Xi Jinping is also embarking on a ‘common prosperity’ drive forcing billionaires to give back me to the state. 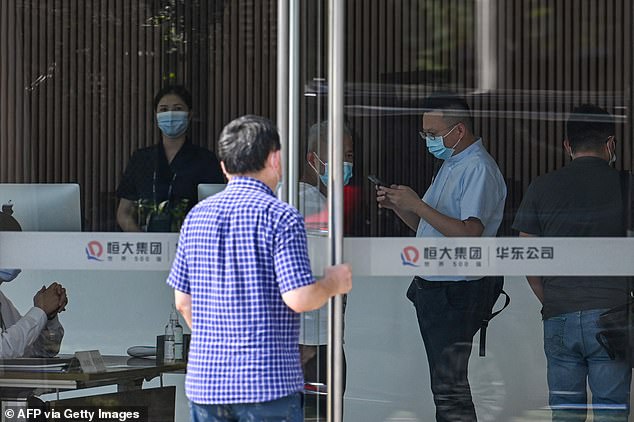 ‘That could raise bigger questions about the credibility of Chinese banks,’ he said.

In August 2020, China introduced a three red lines policy to address huge debt levels in the property sector, which came into force this year.

This gave the Chinese Government the power to place limits on their debt growth if developers had a high liability to asset ratio.

‘If you look at how countries have dealt with these financial issues in the past, you often see a misstep which can have severe consequences,’ he said.

‘Whether that’s going to happen this time around, I don’t know but it’s a possibility. 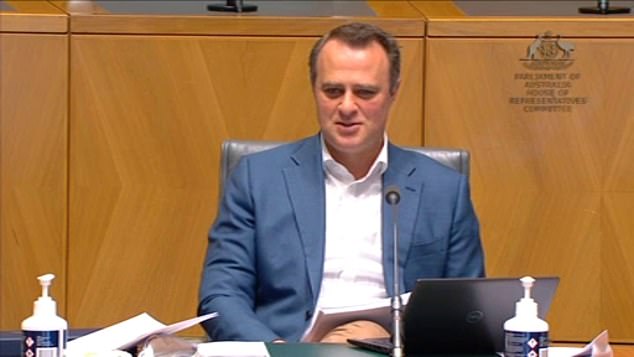 ‘The point I would make is if you have a lot of balls in the air sometimes you might drop one.

‘People in China are very much looking at this full time.’

During times of financial market volatility, gold has traditionally been regarded as safe-haven investment, like government bonds and benchmark currencies like the US dollar and the Japanese yen.

But Gemini Trust Asia-Pacific managing director Jeremy Ng, who is based in Singapore, said Australians concerned about inflation and a slow economic recovery were increasingly turning to cryptocurrencies.

‘Gold has historically been considered a safe-haven asset,’ he said.

‘However, Bitcoin and several other cryptocurrencies have experienced meteoric growth and offer unique, innovative features that make them stand out.’