EXCLUSIVE: What made the world’s bankers LAUGH at Australia’s Reserve Bank boss during a speech to the financial elite in Switzerland

Australia’s chief central banker was laughed at by other global bankers in Switzerland when he revealed how he has to wait three months for inflation data.

‘The other thing that’s different – and this is a bad difference – is our CPI is only available quarterly,’ Dr Lowe said.

‘Yes, you laugh as well.

‘No, we’ve been working with the Bureau of Statistics to try and get a monthly CPI and maybe later this year they will have an experimental series but we only have one reading on inflation every three months.’

Australia and New Zealand still only release inflation data on a quarterly basis but the U.S, United Kingdom, European Union and Canada release their consumer price index figures every month.

Australia’s next inflation figures, covering the June quarter, won’t be released until July 27 – potentially leaving the country’s top financial officials on the back foot when it comes to addressing spiking costs.

The Australian Bureau of Statistics data release would be occurring three weeks after the RBA’s next board meeting on July 5.

‘If you read the minutes of our previous meeting, we discussed 25 basis points or 50,’ he said. 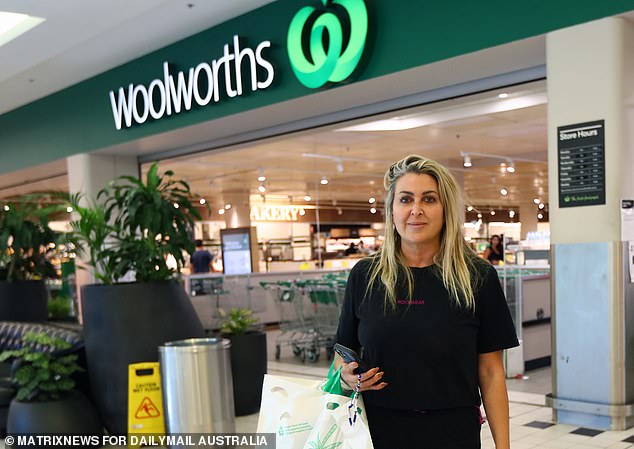 ‘I don’t want to forecast the next meeting but I suspect it will be the same discussion again at our next meeting: 25 or 50 again.’

Australia’s March quarter inflation data was released on April 27, with the figures showing a 5.1 per cent surge – the fastest since 2001.

Less than a week later, the RBA increase interest rates for the first time since November 2010 with the 0.25 percentage point rise in May ending the era of the record-low 0.1 per cent cash rate.

The long gaps between inflation data also aggravates financial market speculation, with a 3.7 per cent cash rate expected by March 2023, based on nine rate rises.

An Australian Bureau of Statistics spokeswoman said monthly inflation data until recently was too costly to produce.

‘The ABS recognises there is increasing interest in understanding cost of living pressures and the implications for monetary and fiscal policy,’ she told Daily Mail Australia.

‘Until recently, the costs to produce a monthly CPI have been prohibitive.’

The ABS in March announced it was exploring a monthly inflation series, covering significant everyday items,  to complement the quarterly series dating back to 1949.

The spokeswoman said automated and scanner data could provide ‘high frequency data at a lower cost’. 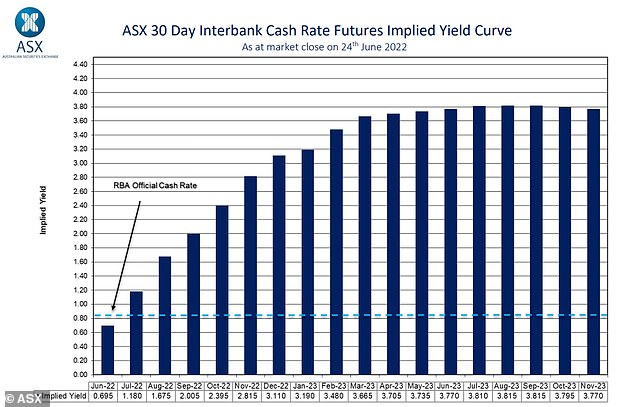 Dr Lowe this month told outgoing ABC 7.30 host Leigh Sales Australia’s inflation rate was likely to hit seven per cent by the end of 2022 – reaching a level last seen in 1990.

American inflation in May hit 8.6 per cent, the highest rate since 1981.

The UK’s 9.1 per cent inflation pace in May was the highest since 1982 while the Eurozone inflation hit 8.1 per cent last month.

The ABS previously collected unemployment data every three months but introduced a monthly series in 1978.