Pubs, restaurants and entertainment venues may be safe to reopen immediately without risking a spike in the coronavirus infection rate, according to a top scientist.

Sunetra Gupta, a professor at the University of Oxford, claims there is a ‘strong possibility’ businesses would be able to welcome customers once more, and avoid the kind of catastrophic consequences the government has warned could occur if lockdown restrictions aren’t eased in steady phases.

Furthermore, she claimed long-term social distancing in fact makes the public more vulnerable to infectious diseases, by keeping them unprotected from pathogens.

Sunetra Gupta, a professor at the University of Oxford, claims there is a ‘strong possibility’ pubs and restaurants may be able to reopen immediately

A study by Imperial College London, led by Professor Neil Ferguson, warned in March as many as half a million people could die in the UK if a strict lockdown wasn’t enforced.

However, Professor Gupta and her team at Oxford produced an alternative model, suggesting that half of all Brits could have already been exposed to Covid-19 and that the true infection fatality rate may be as low as 0.1 per cent.

The study was controversial, but two months on, the scientist stands by the findings. 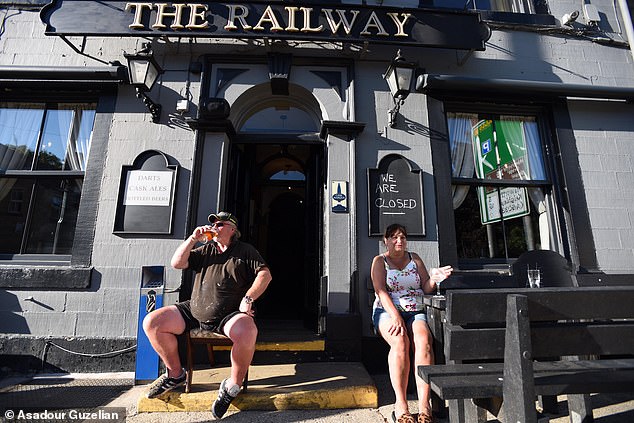 Kaomi and Mick Jones, landlady and landlord of the Railway, Hebden Bridge, enjoy a drink outside their closed pub on the hottest day of the year so far. They attracted the interest of passing police until they explained to officers they are within the boundaries of their home 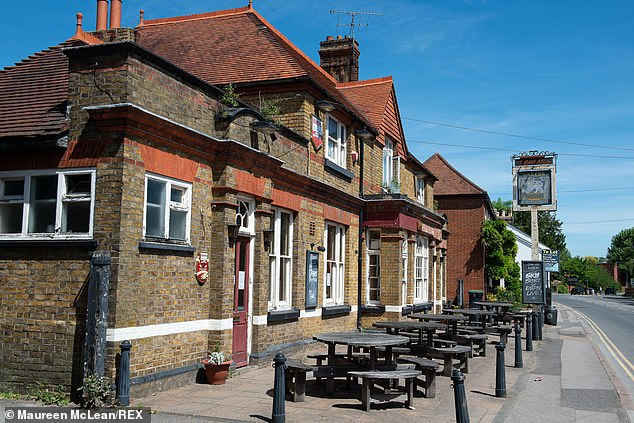 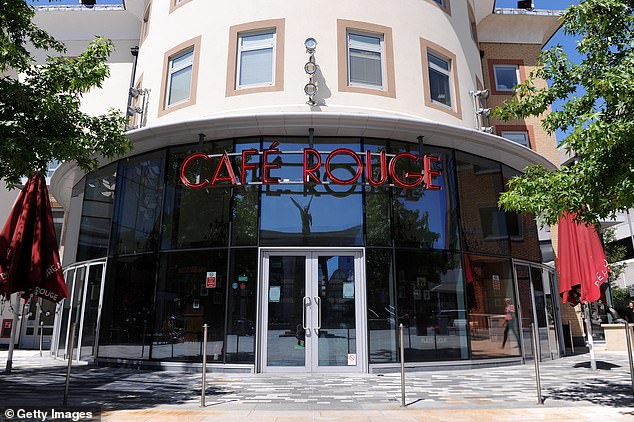 Restaurants such as Cafe Rouge in Woking, Surrey, remain closed during the lockdown

Boris Johnson ordered the shutdown of the hospitality industry on March 20 and they have remained closed ever since.

However, as lockdown measures were eased slightly last week, Brits have made their way to parks and beaches to take advantage of the recent warm weather.

Local businesses are also making the most of the opportunity after sunseekers were seen yesterday, on the hottest day of the year so far, carrying drinks away from bars in takeaway cups.

This week it emerged that the hospitality industry has submitted a 75 page report setting out a roadmap to getting restaurants and pubs open on July 4, that includes ditching the hotel buffet and no more drinkers at the bar.

The dossier has been submitted to ministers by UKHospitality, the trade body for the industry. 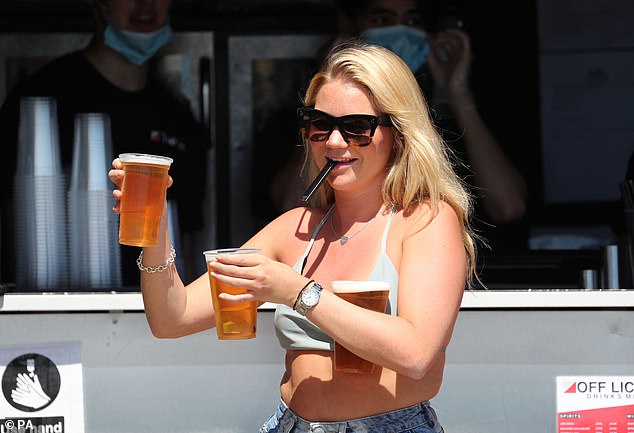 Sunseekers were seen in Brighton yesterday, on the hottest day of the year so far, carrying drinks away from bars in takeaway cups

It says that in pubs and restaurants, salt and pepper shakers will be removed from tables and instead brought to customers along with cutlery, instead of it being on the table when you sit down.

Drinkers will also be discouraged from queuing up at the bar, and table service will be encouraged.

To prevent people not respecting social distancing guidelines there will be tape on the floor showing the appropriate distance needed.

Other options that pubs could consider is getting customers to order from one till and then collecting drinks at a separate pick up point.

When leaving the pub or getting another drink many people will take their empty glasses back to the bar so staff don’t have to come and collect them.

But the document says that glasses should now be collected by staff.

Pubs will also have to put in place a plan for toilets to ensure they don’t become overcrowded.