The battle for rental homes is at its ‘most competitive ever’ as a lack of supply and huge demand sends monthly costs soaring.

There has been a sharp rise in asking rents, reaching more than £2,100 a month in London alone, amid a critical shortage of available homes, Rightmove says.

This is down a combination of factors, including high demand from people who didn’t move during the pandemic, along with tenants staying put for longer in a rental property.

Looking to rent in Scotland? This five-bed house in the West Lothian town of Linlithgow is available for £1,900 a month via Paul Rolfe lettings agents

The study of 1,300 landlords found that the most common length of a tenancy is now more than two years.

A total of 18 per cent of landlords said their average length of tenancy has increased in the past year.

Only 5 per cent of landlords have seen the average tenancy length decrease.

At the same time, asking rents have also increased significantly.

Those outside of London are rising at the fastest rate ever recorded, now standing at £1,088 per calendar month, up 11 per cent on this time last year.

It is a similar story in the capital where rents are up more than 14 per cent to £2,195 a month, according to Rightmove. 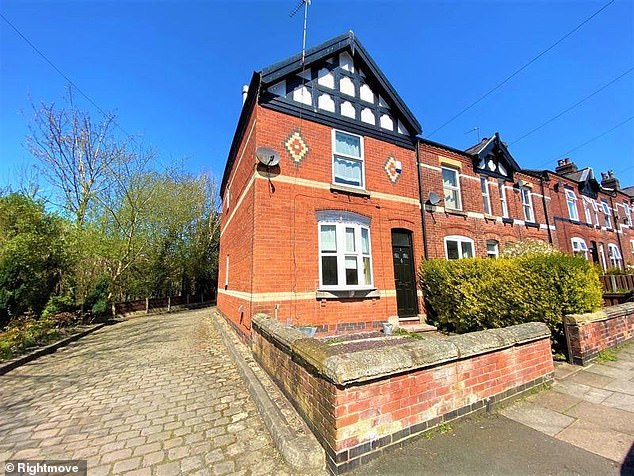 For those looking to rent in Manchester, this three-bed end of terrace is available for £1,200 a month via Hills lettings agents

Rightmove went on to describe the current rental market as the ‘most competitive ever’.

It found that there are more than triple the number of tenants enquiring as there are rental properties available.

It suggested that the shortage of available homes to rent was due to a combination of factors.

These included more tenants staying put in longer tenancies, coupled with high demand from people who didn’t move during the pandemic, or who moved in with friends and family temporarily.

Many landlords have recognised the challenges of rising household bills for tenants, with the majority – at 63 per cent – choosing not to put up rents in the past year.

However, a third of landlords have increased rents.

Some agents in bigger cities say tenants who were able to move into a property for much lower than the average rent for an area during the pandemic have seen rents rise back up to market value again now that demand has increased.

There’s a shortage of stock and strong demand pushing up rents at a time when occupiers are being challenged by higher living costs.

Jeremy Leaf, a north London estate agent, said: ‘We have certainly noticed over the past few months that what was happening in the sales market is now being mirrored in lettings; a shortage of stock and strong demand is pushing up rents at a time when occupiers are being challenged by higher living costs.

‘Many tenants are coming off worst because they are often least equipped to cope with the recent sharp increases in living costs.

‘They are trying to hedge their bets by securing longer-term rental agreements and protection against further rises in the cost of energy if possible.

‘On the other hand, many landlords are wise to the change but recognise the value of long-term tenants.

‘The latter are increasingly requesting that energy costs are ring-fenced before agreeing to stay on for say, another year, resulting in some serious negotiations.’ 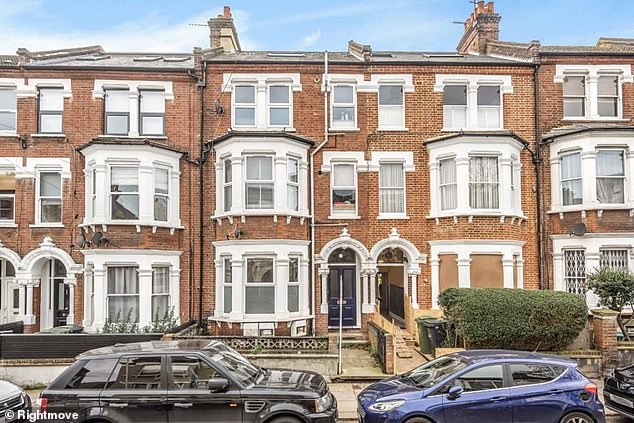 For those looking to rent in London, this three-bed top floor flat is to rent for £2,799 a month via Dexters letting agents

Analysis of features in more than 20,000 build to rent listings on Rightmove has revealed a significant increase in demand for rental properties with all bills included.

In the past year, enquiries from tenants have jumped by 36 per cent for this type of property, the biggest increase out of all available features.

Tim Bannister, of Rightmove, said: ‘A shortage of rental homes and strong demand for the properties available has led to a greater number of tenants choosing to renew their leases and stay put, rather than re-enter a competitive rental market.

‘People who had been waiting to see what happened last year are now being faced with record rents and so are seeking out properties where they can have more certainty over their outgoings, with all bills included becoming increasingly sought after.

‘Landlords may have been tempted to put their rents up given the high demand from new tenants, but many understand the affordability challenges of rising rents and bills, as our study shows that the majority are charging their tenants the same as a year ago.

‘Many landlords build up a relationship with their tenants over a number of years, and they will want to keep a good tenant for longer if they can rather than cash in on a rent rise in the short term.’