EXPRESS INFORMER > News & Politics > Remarkable black and white snaps of the Rolling Stones in 1963 go on sale for £1,500

Remarkable black and white snaps of the Rolling Stones looking fresh faced and clean cut before they had even released their first single in 1963 go on sale for £1,500

A portfolio of some of the first photos of the Rolling Stones before they hit the big time has emerged for sale.

The youthful rock ‘n’ roll band could be mistaken for the Beatles with their ‘clean cut’ look and short haircuts in the promotional shoot in 1963.

The images were taken by the late Philip Townsend before the Stones had released their first single.

In the years that followed, Mick Jagger, Keith Richards and the other bandmates became notorious for their wild partying antics.

The collection of six black and white photos were put together by Townsend in a ‘commemorative portfolio’ decades after the shoot. The portfolio is now being sold with copyright by a private collector with London-based Chiswick Auctions.

One photo shows Jagger, Richards, Brian Jones, Bill Wyman and Charlie Watts perched on a ledge with a washing line hanging in the background. Others capture the band posing in check jackets and performing at a TV studio, while there are also individual shots of Jagger and Richards.

The band members’ hedonistic lifestyle and recreational drug use was front page news by 1967, with Jagger, Richards and Jones all appearing before the courts but these images show a very different side of the group that fans adored around the globe.

The sale takes place on April 29.

(Left to right) Brian Jones, Charlie Watts, Keith Richards, Mick Jagger and Bill Wyman are pictured here for a promotional shoot in March 1963 wearing matching jackets in one of the photos of the Rolling Stones in a collection being put up for sale for £1,500 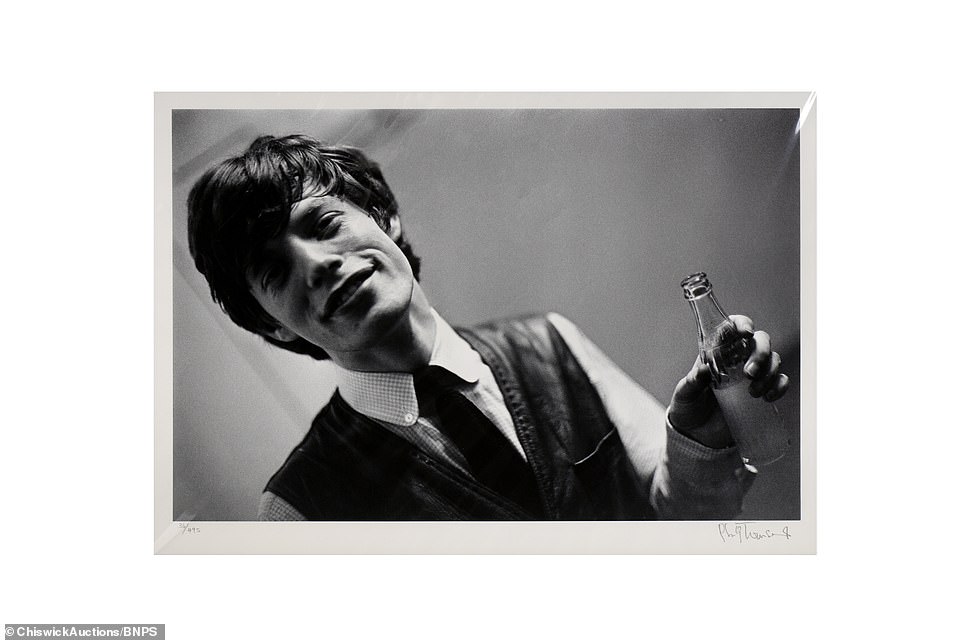 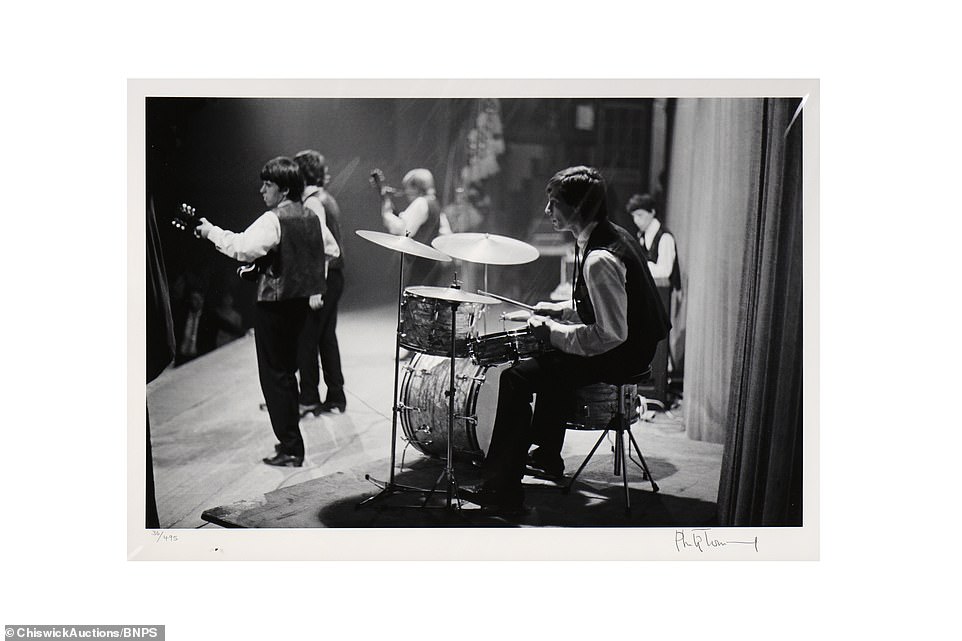 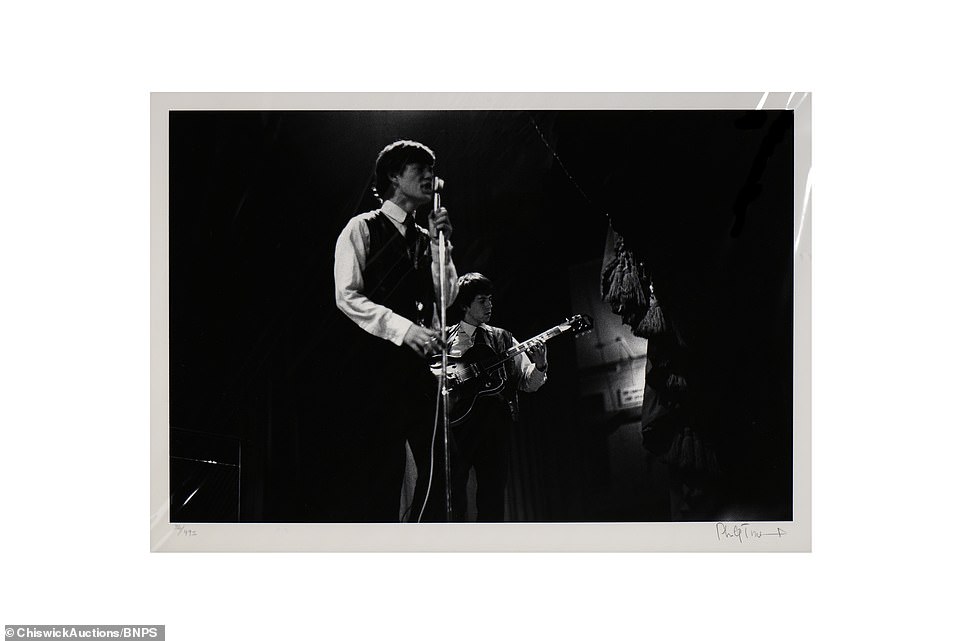 Jagger is seen in a more restrained mould than many fans of the band will be accustomed to seeing him in and he later became famous for his jerky signature performing style that captivated audiences. This picture was take before the release of a cover version of Chuck Berry’s ‘Come On’ 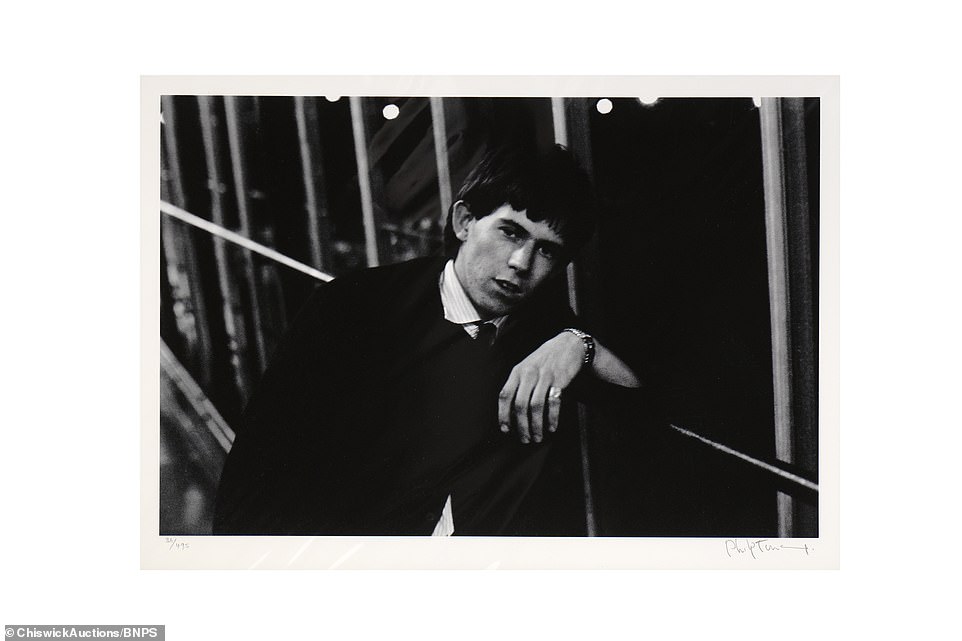 Legendary guitarist and Rolling Stones co-founder Keith Richards stares down the camera in one of the more arresting images in the collection from snapper Philip Townsend, which are now being sold with copyright by a collector 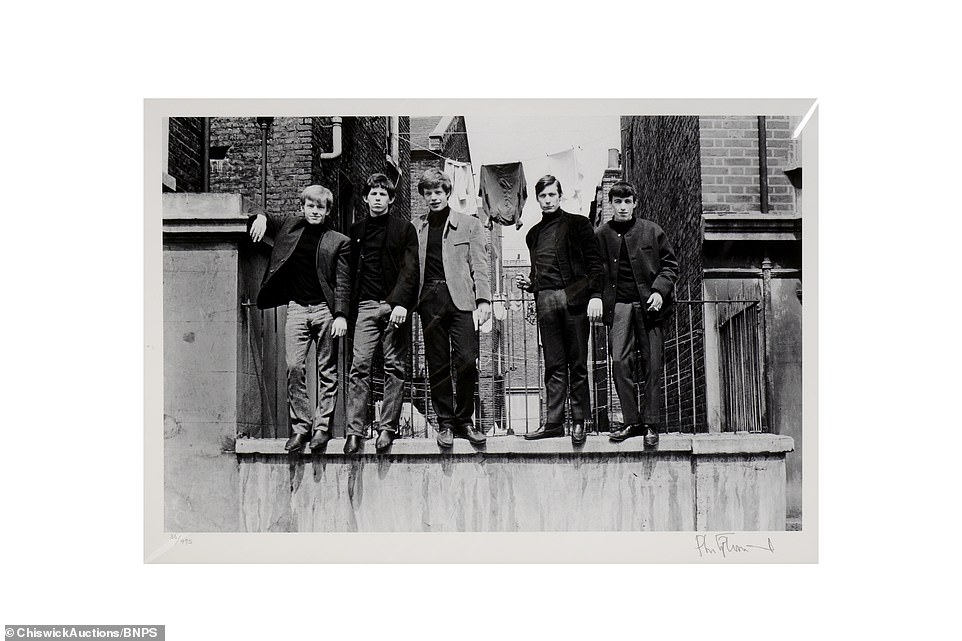 (Left to right) Jones, Richards, Jagger, Wyman and Watts perch on a ledge with a washing machine in the background in a more rough and ready shot than the other polished looking images in the collection. The band went onto become renowned for their wild behaviour and partying antics 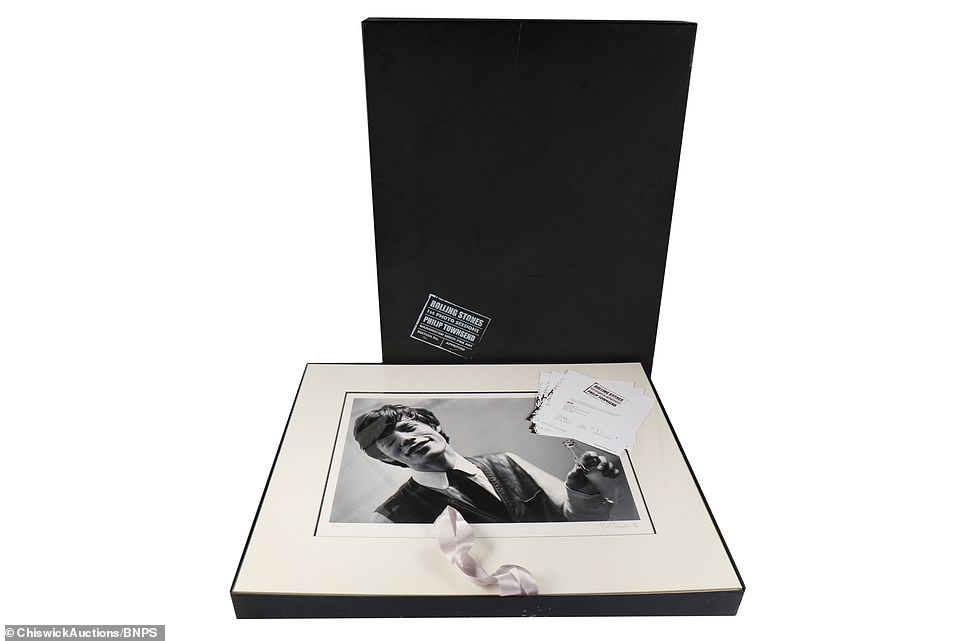 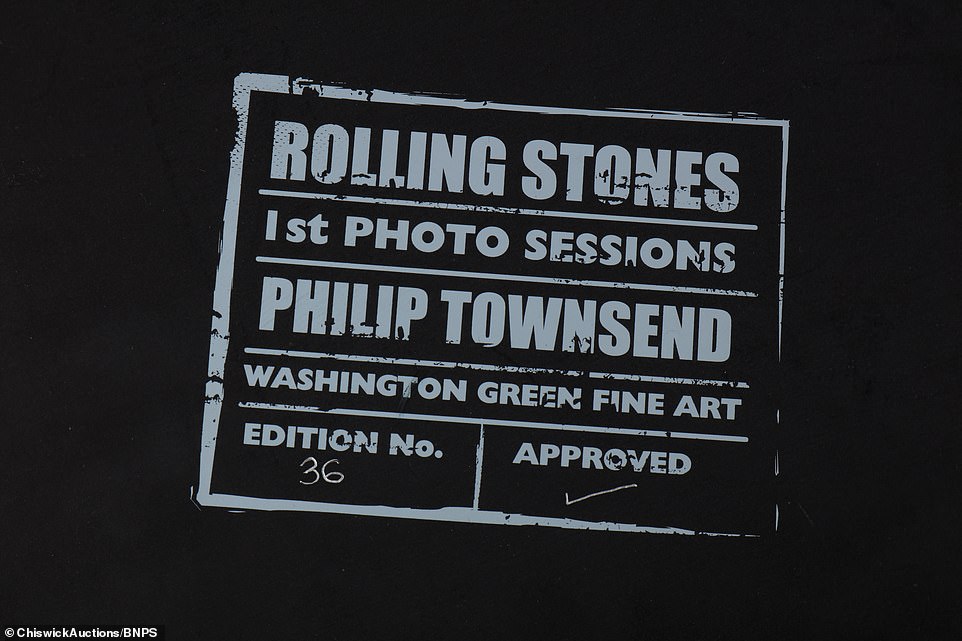 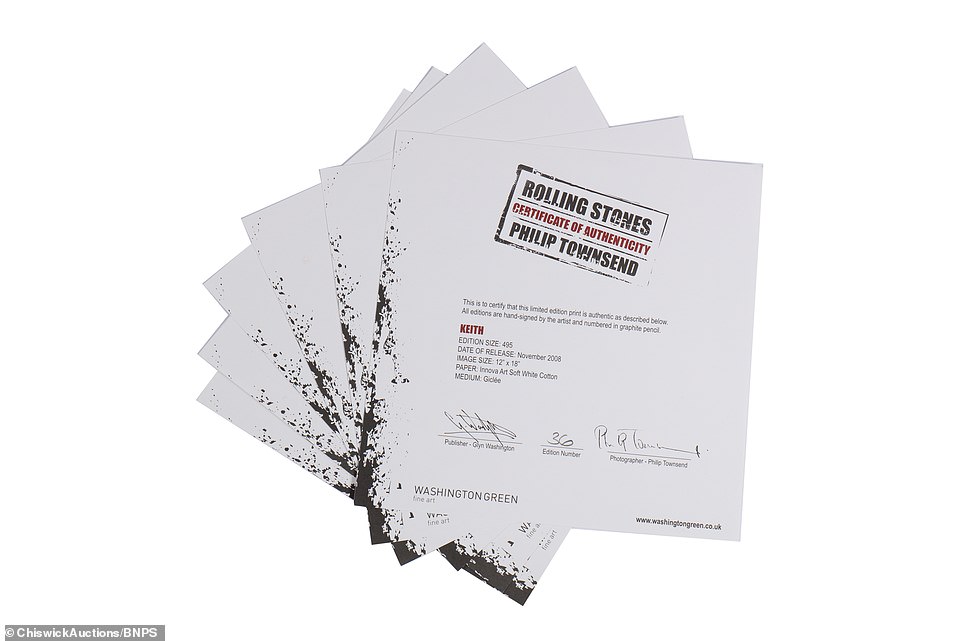