A West Australian woman has been charged with murder over the death of a 14-month-old boy who is related to her.

The boy was found unresponsive at a home in Madora Bay, south of Perth, when police attended in relation to a noise complaint early on Wednesday.

‘Tragically, the child could not be revived.’

Neighbours raised the alarm shortly before 5am on Wednesday after they heard shouting and doors banging.

The toddler, named Jace, lived at the rented home with his mother and grandmother.

Shattered next door neighbour Stan Grostate dropped off an Easter egg for Jace several days earlier and was one of the last to see the toddler alive.

He held the little boy on Tuesday night so his mother could have a cigarette.

‘It’s devastating. He was such a cute little boy,’ Mr Grostate told reporters.

‘He smiled a lot, and used to play with my cat whenever they came over.

‘He had just started walking.’

A woman, 28, has been refused bail and is due to face Perth Magistrates Court on Saturday. 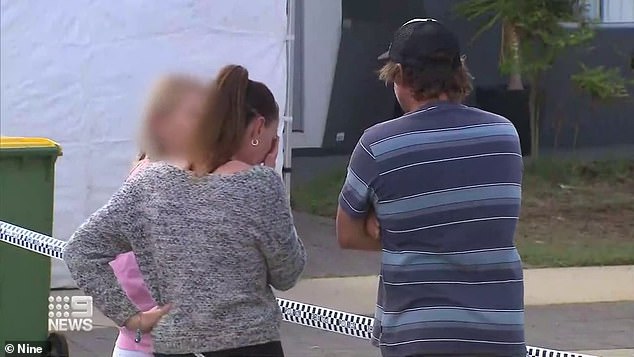