Regulators at the heart of the pensions crisis: Backlash builds over the risky strategies that left Britain on the brink of a financial crisis

Regulators overseeing the pensions industry were up to their necks in the risky strategies that left Britain on the brink of a devastating financial crisis.

The Bank of England was last week forced to step in to restore order as rising government bond yields left thousands of pension schemes facing a liquidity crunch.

Crisis aversion: The Bank of England was forced to step in to restore order as rising government bond yields left thousands of pension schemes facing a liquidity crunch

Since then it has emerged that:

The sheer scale of how invested the establishment was in these dangerous LDIs has raised questions over regulation of the industry.

LDIs are supposed to protect pensions from sharp movements in interest rates – but their spectacular failure has left many dismayed by just how embedded they have become.

The USS, the UK’s largest private sector pension scheme which manages pensions for retired academics, has ploughed billions of pounds into LDIs.

It used the products despite fierce opposition from some of its biggest backers, including Oxford and Cambridge Universities and Imperial College London.

‘We believe the increase in leverage may introduce potentially significant risks into the scheme in a period of high market volatility,’ wrote Cambridge, Oxford and Imperial College in a letter earlier this year.

Pension bosses in the firing line 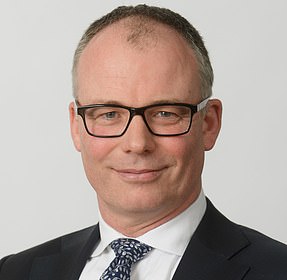 He has also worked at the Department for Work and Pensions, where he was responsible for devising the policy framework governing private pension protection. 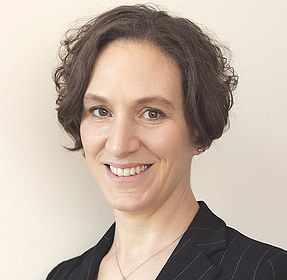 The chairman of The Pensions Regulator was a key promoter of the dangerous schemes that almost blew up the financial system. Smart was appointed last year and earns £73,840 in the lucrative two-day-a-week job.

Controversially, in a previous job at Standard Life, she held a senior role ‘developing’ the LDI products. She has been accused by experts of a potential conflict of interest.

Labour MP Gareth Thomas said: ‘Clearly the universities understood something the wider market did not.

Why was an established fund like USS using these products? It is very worrying given the turbulent times we are in.’

USS was run by Galvin, a man who should have been fully aware of the pitfalls of such risky investments, having previously been head of The Pensions Regulator.

He had pushed for increased use of LDIs, proposing in February to increase its exposure from 35 per cent to 52 per cent of its portfolio.

Bernard Casey, a pension economist and founder of think-tank Social Economic Research, said: ‘This is a classic example of poacher-turned-gamekeeper. He should have known better.’

The Bank of England pension fund had more than £4billion invested in the asset class.

Even the £39billion Pension Protection Fund, the lifeboat for the pensions schemes of failing companies, was forced to provide £1.6billion in cash as additional security for its links to the investment products.

There are fears that other mainstream providers could also have been using the products.

Thomas added: ‘This could just be the tip of the iceberg. If USS went in for this in a big way then who else might have done the same?

This could be widespread.’ The scrutiny of USS’s investment strategy comes as The Pensions Regulator – which should have been protecting the nation’s nest eggs – stands accused of promoting the controversial leverage schemes.

It is understood the regulator steered pension funds to adopt LDIs, telling funds they needed to lower their risk to big swings in the markets.

Sarah Smart, chairman of The Pensions Regulator, previously had a job at insurance firm Standard Life, where she developed and managed LDI products.

As a result LDIs have surged in popularity. Pensions had invested £1.6 trillion in LDIs by 2021, up from £400billion in 2011, data from trade group the Investment Association shows.

The Bank of England said ‘lessons must be learned’ as it revealed stress tests on the financial system did not cover the extreme moves that plunged pension funds into crisis.

In a letter to the chairman of the Treasury Select Committee, the central bank’s deputy governor Sir Jon Cunliffe said regulators tested the resilience of pension schemes to moves in gilt yields of 100 basis points, for example from 1 per cent to 2 per cent.

Last week, the yield on 30-year gilts rose by 160 basis points in just a few days in the wake of the Chancellor’s mini-Budget – far more than had been tested for.

Cunliffe said the ‘scale and speed’ of the rise ‘far exceeded historical moves and therefore exceeded price moves that are likely to have been part of risk management practices or regulatory stress tests’.

The Bank stepped in with a pledge to buy as much as £65billion of gilts to ‘restore orderly market conditions’.

Cunliffe said LDI funds must be ‘better prepared for future stresses given the current volatility in the market’.

He added: ‘While it might not be reasonable to expect market participants to insure against all extreme market outcomes, it is important that lessons are learned and appropriate levels of resilience ensured.’

But Neil Wilson, an analyst at Markets.com, said: ‘The Bank got complacent. It got used to a low interest rate environment and did not see the potential for the bond market to blow up.’