The comparison between Reese Witherspoon and her daughter Ava Phillippe are seemingly endless whenever the two are seen in a mother-daughter moment in photos and videos.

So it would make perfect sense that Ava, now 22, would be the perfect person to play her mother in any future biopic.

Well, it turns out that’s not going to happen following Witherspoon’s disclosure that her first child is ‘not an actress.’

Not going into the family business! Reese Witherspoon, 45, shot down any notion of look-a-like daughter Ava Phillippe playing her in a biopic about her life

While promoting season two of her hit drama series The Morning Show, Fox 5 New York’s Rosanna Scotto posed the question to Witherspoon: ‘would she be open to making a biopic about her life and if she would have Ava play the role?’

‘Well I don’t think all of the chapters of my life have been told yet, so I don’t think I’m ready for a biopic,’ the Louisiana native, 45, said of the possibility of a biopic anytime soon.

As for her response to Ava playing her, Reese revealed, ‘She’s not an actress. She’s so happy with her life and I am just so enormously proud of her and the incredible, compassionate young woman she’s become.’ 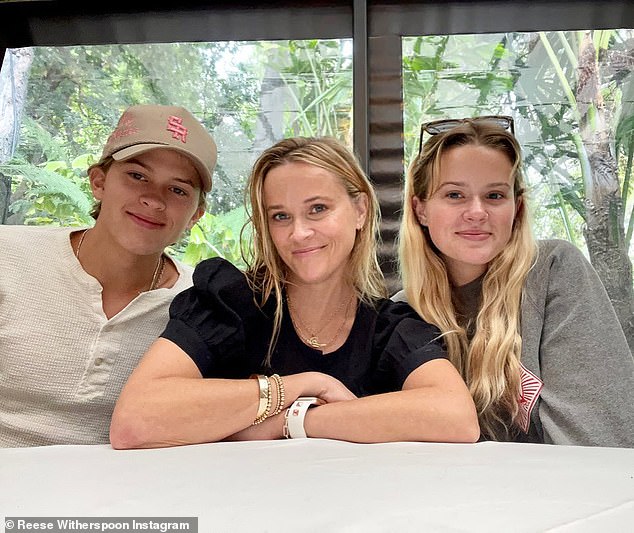 Other plans: ‘She’s not an actress,’ Witherspoon said of Ava during an interview with Fox 5 New York’s Rosanna Scotto; the proud mom is seen with Ava and son Deacon 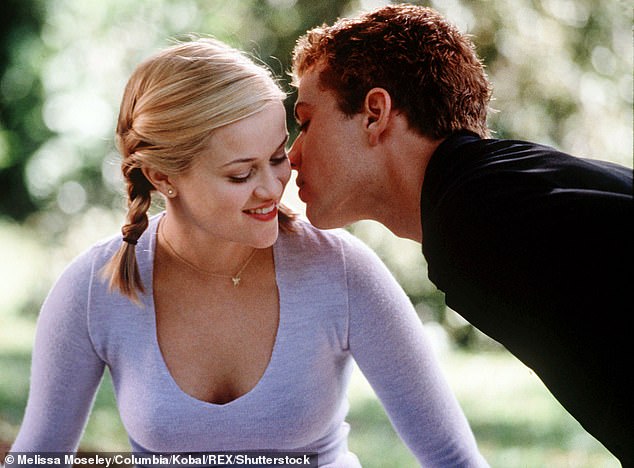 Over the years, Ava’s mom and dad, Ryan Phillippe, both shared their concern over whether to show her and her brother Deacon their cult classic film Cruel Intentions, due to its mature storyline, which includes a sex scene

Over the years, Ava’s mom and dad, Ryan Phillippe, both shared their concern over whether to show her and her brother Deacon, who turns 18 next month, their cult classic film Cruel Intentions.

In the 1999 R-rated teen romantic drama, their parents play toxic love interests. It was meant for mature audiences with its subject matter, and includes a sex scene.

‘You know, I haven’t checked back in with them about it now that they’re both of age,’ Phillippe, 47, told E! News, before adding, ‘I don’t know if it would be creepy for them, you know? In some ways, like if I were to think about watching my parents do some of the things that their parents do in that movie, it wouldn’t be the most appetizing or appealing notion.’ 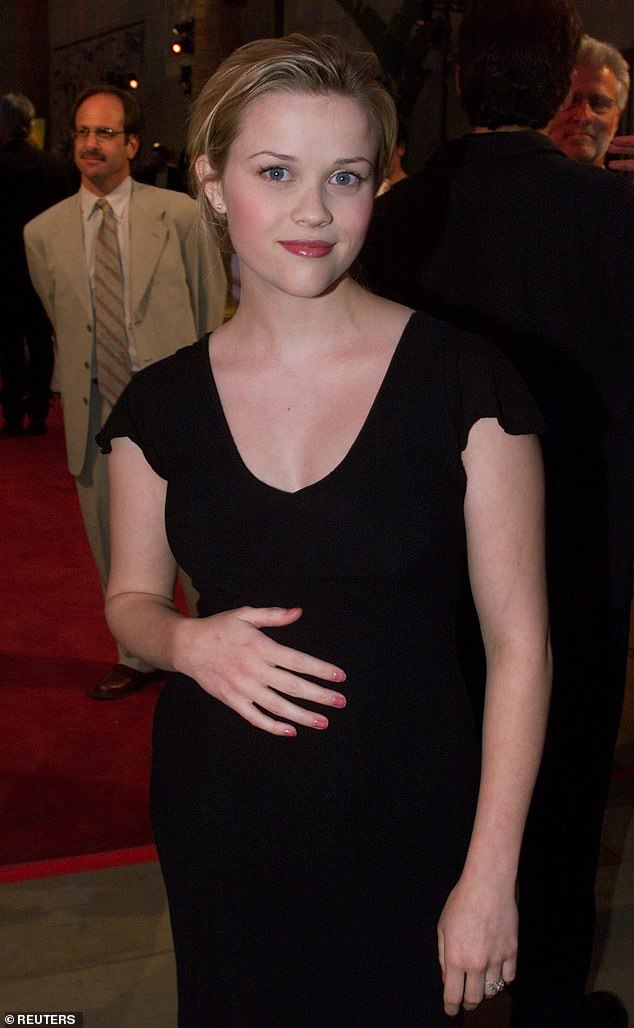 The roles for Cruel Intentions came about one year after they met at Witherspoon’s 21st birthday party in 1997; she would be pregnant before the film premiered in March 1999; the young actress is seen pregnant with Ava in the summer of 1999 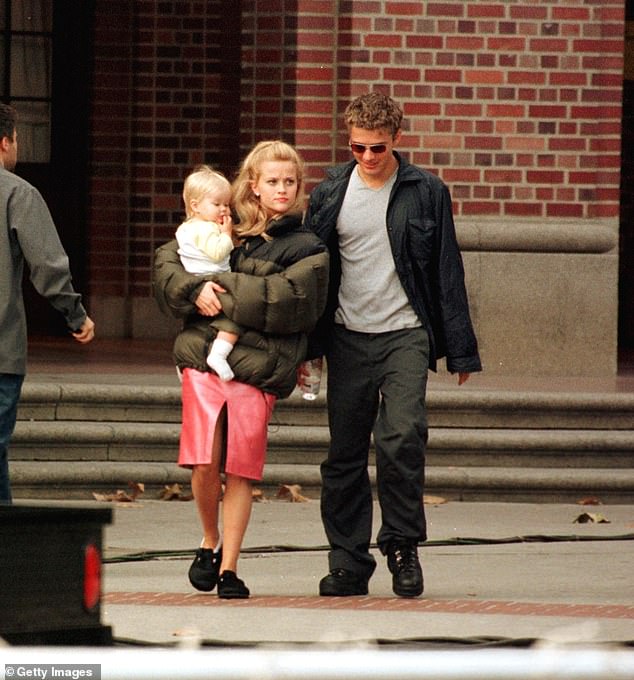 On the fast track: The former couple were married on June 5, 1999, three months after the premiere of Cruel Intentions; the former couple are seen with Ava in October 2000

With YouTube always just a click or two away, Phillippe is pretty confident that Ava and Deacon have seen at least a few scenes of Cruel Intentions.

‘You know what, I know that they’ve seen clips and things like on social media, that’s for sure, but I don’t know if they’ve actually watched the movie. I think it would embarrass me a little bit, you know, I still believe it very much holds up, but, it was really racy. It was really an R rated movie, heavy R.’

The roles came about one year after they met at Witherspoon’s 21st birthday party in 1997, and would help rocket them to stardom. 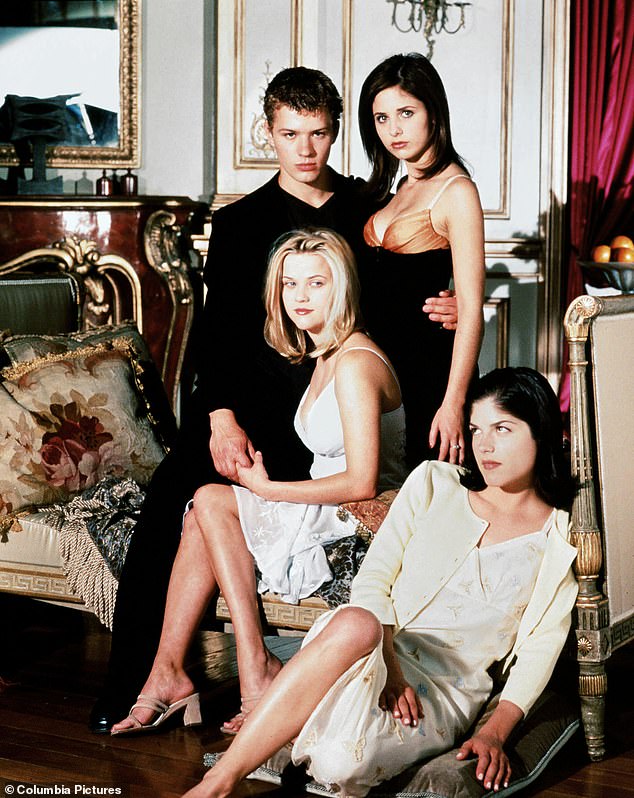 Despite receiving mixed reviews from critics, Cruel Intentions would become a breakout hit that year, grossing $75.9 million at the worldwide box office on a $10.5 million budget

On the fast track, they would end up getting married on June 5, 1999, three months after the premiere of Cruel Intentions.

Initially, Cruel Intentions, which also starred also starred Selma Blair and Sarah Michelle Gellar, received mixed reviews from critics, but still it would become a breakout hit that year, grossing $75.9 million at the worldwide box office on a $10.5 million budget.

And over the years the film, written and directed by Roger Kumble, has had longevity with audiences, both old and news, by becoming a cult classic staple. 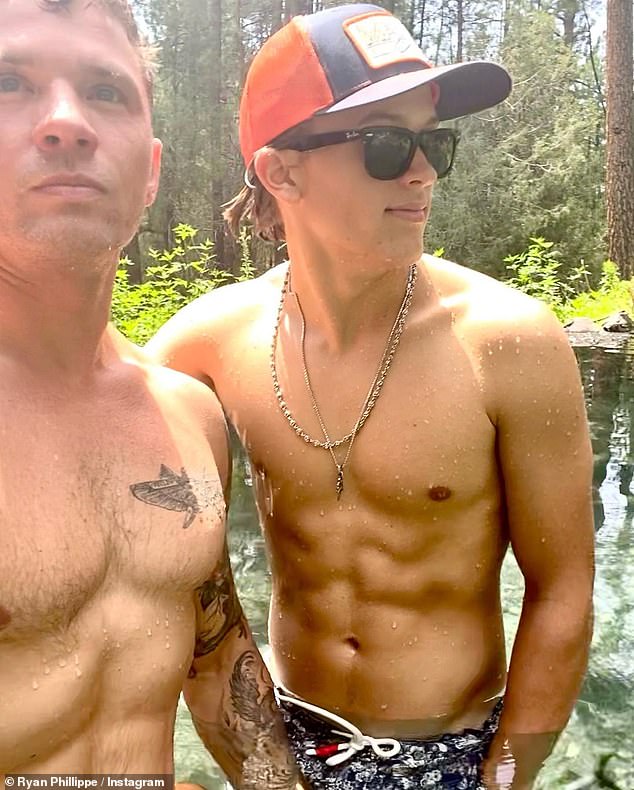 Cruel Intention: ‘I think it would embarrass me a little bit,’ Ryan Phillippe said of his son deacon and daughter Ava watching Cruel Intentions; father and son are seen in recent photo