By Sharon Mai For Dailymail.Com

Reese Witherspoon showed off a variety of flirty and feminine dresses and accessories from her special collection clothing line Draper James RSVP in her recent Instagram reel.

The Legally Blonde actress, 46, launched her clothing line Draper James in 2015 and started collaborating with Kohl’s early this year.

In a video, Witherspoon wore a range of pink outfits from her ‘feminine, Southern-contemporary style’ clothing line, showing off the versatility of the handbags in her collection. The purse the Oscar-winner was holding is on sale for $48.

Pink of the patch: The Morning Show star Reese Witherspoon wore a head-to-toe pink outfit in front of an autumnal backdrop to promote her Draper James RSVP clothing line exclusive to Kohl’s

In November 2021, Kohl’s made a deal to partner with Draper James with the goal to bring ‘contemporary Southern style to Kohl’s customers’.

She also introduced a collection of handbags this summer to complement a summer capsule with skirts, capris, and rompers. 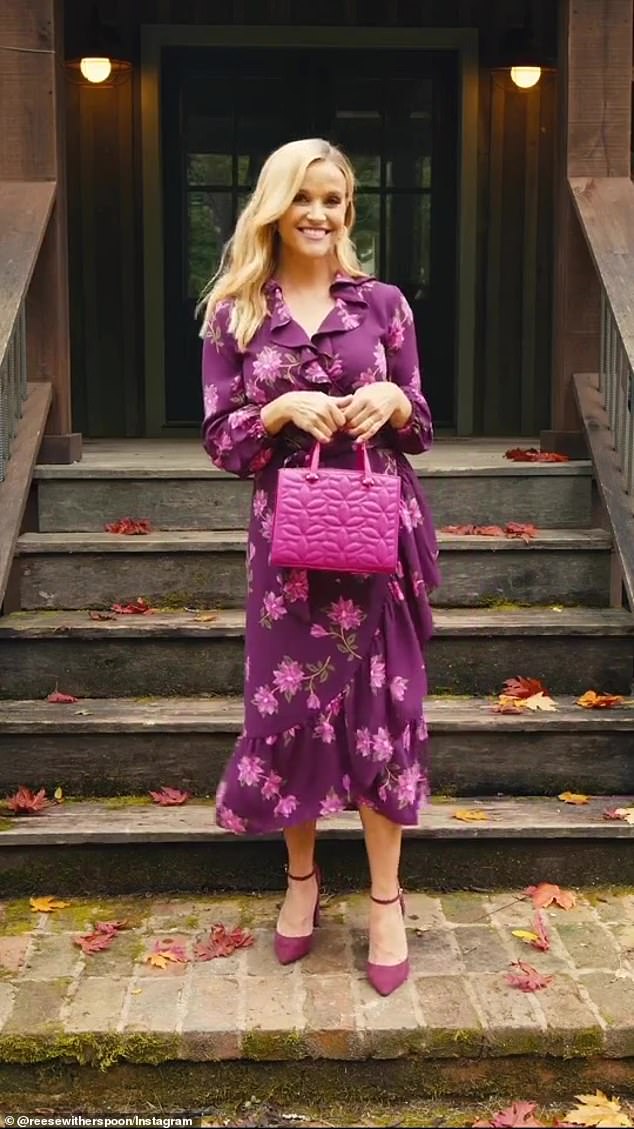 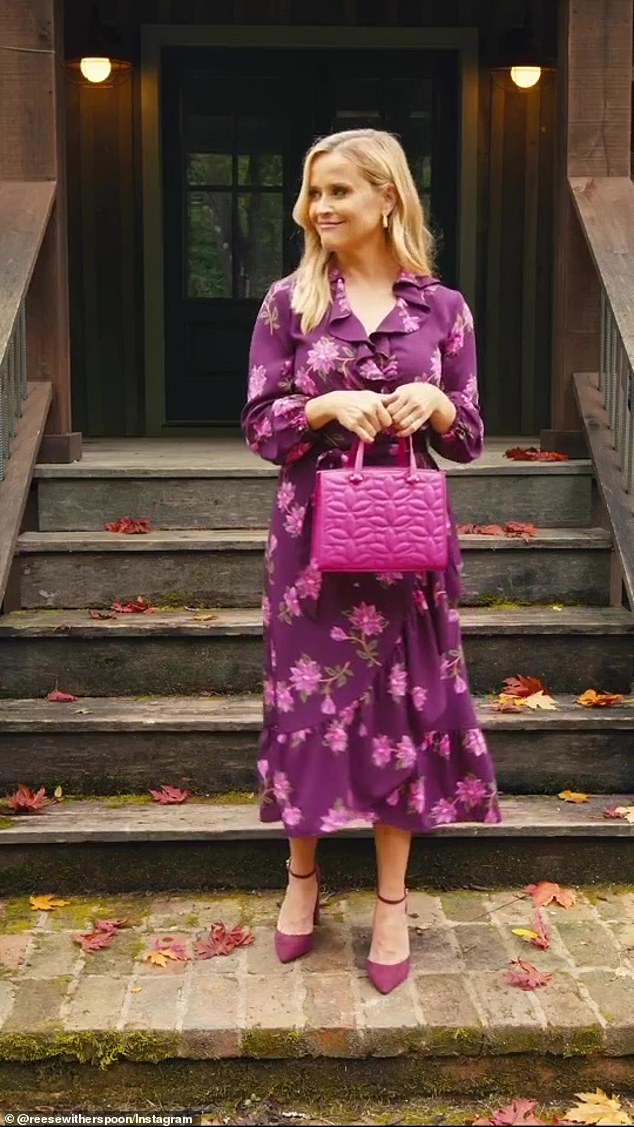 A bargain: The purse the Oscar-winner was holding is on sale for $48

To the Milwaukee Business Journal, Kohl’s Chief Merchandising Officer Doug Howe stated, ‘When we thoughtfully make the decision to add a new brand to our exclusive portfolio, it’s critical that the product line not only addresses a void, but also provides meaningful differentiation to our current assortment. This is definitely the case with Draper James.’

Ahead of the launch, he continued, ‘Reese has done a beautiful job creating a brand that is based on a foundation of classic American style, steeped in Southern charm that is relevant, feminine, and pretty. We look forward to providing access to this brand to both our existing and new customers.”

Recently, Kohl’s reported they will be extending the contract with Witherspoon’s successful brand until next year. 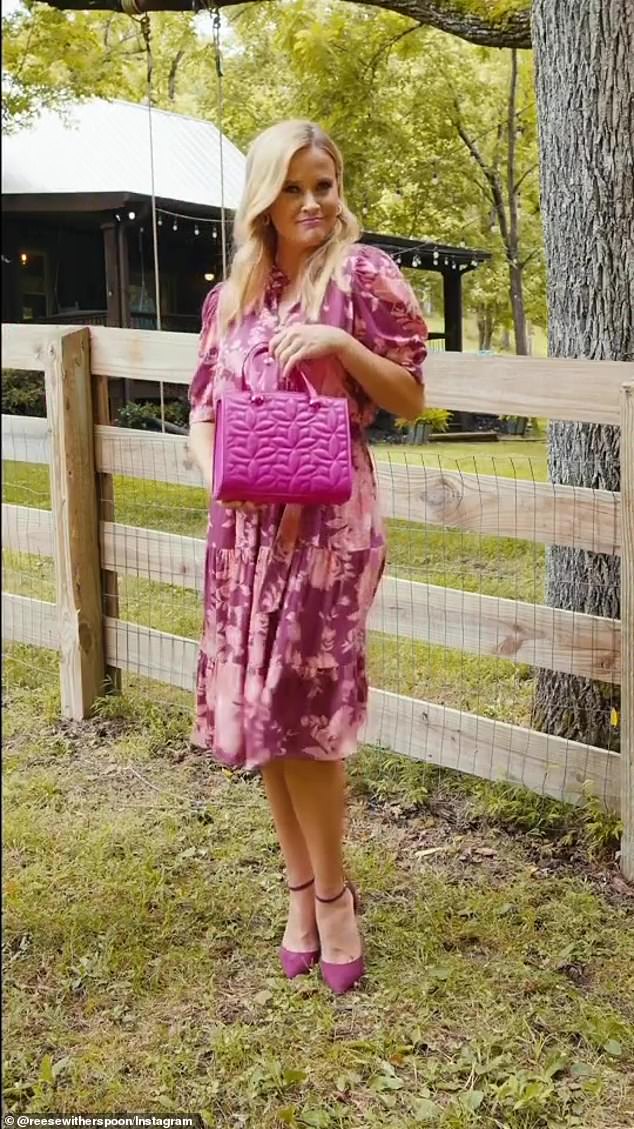 Check out her outfit: Witherspoon showed how to style pink and florals for the fall season 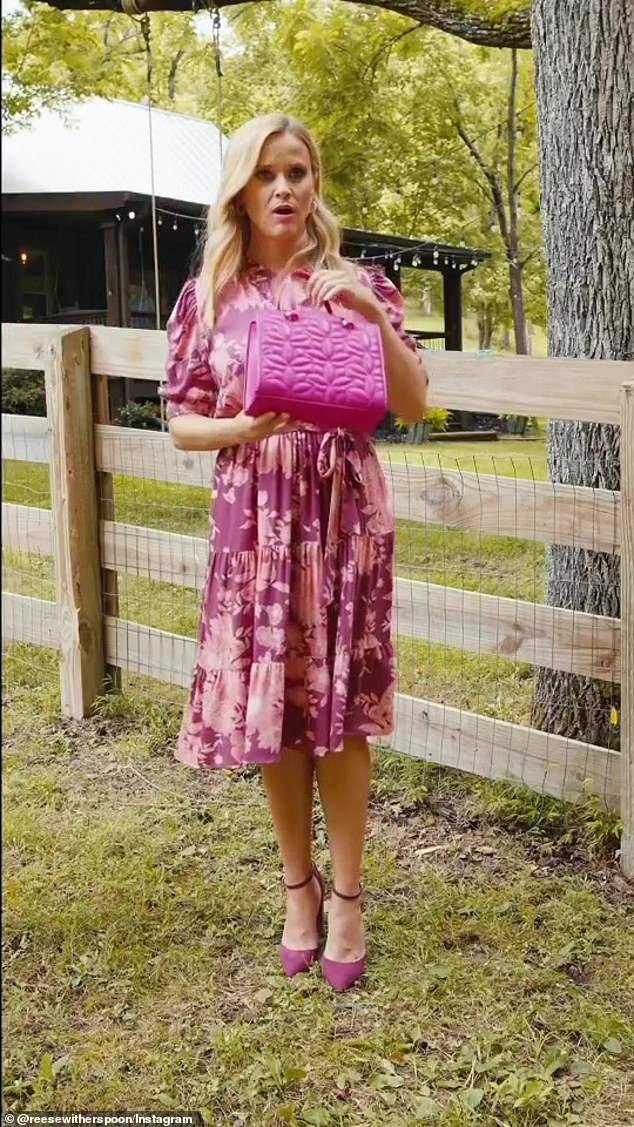 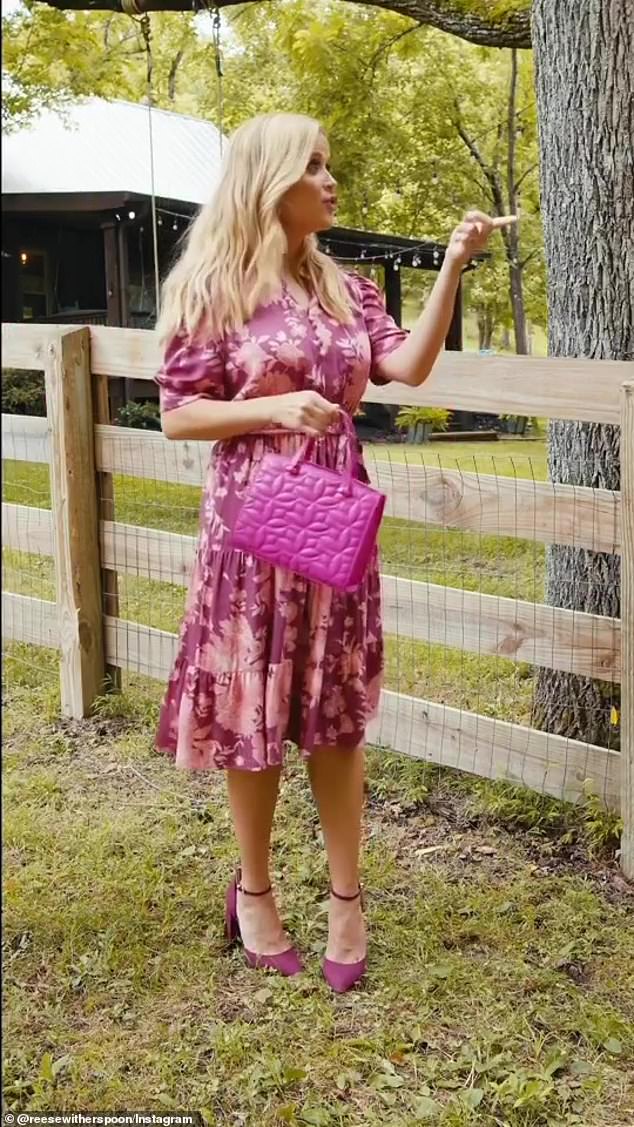 I got you babe: In November 2021, Kohl’s made a deal to partner with Draper James with the goal to bring ‘contemporary Southern style to Kohl’s customers’

At the same time as her brand’s success, Witherspoon is reportedly experiencing conflict in her personal life.

The Morning Show star had been friendly co-parenting her two children with ex-husband Ryan Phillippe, 48.

The former couple had called it quits in 2006 after seven years of marriage. Since then, they have been cordially raising their two shared children — Ava, 23, and Deacon, 19 — together.

The couple recently celebrated their 10-year anniversary. Witherspoon and Toth met at a party in 2010 and were engaged less than a year later.

In 2011, they got married and had their first child together in the following year. Their son Tennessee James Toth, 10, was born in September 2012.