News that Fenway Sports Group have put Liverpool up for sale has got Red Sox fans excited, as Bostonians are hoping the deal would free up resources for their struggling team.

FSG are currently the controlling owners of Liverpool, the Red Sox and the NHL’s Pittsburgh Penguins, though they told The Athletic Monday they’d be open to selling the Merseyside club ‘under the right terms and conditions.’

And while no deal has been completed yet, Red Sox fans are already salivating over what a potential sale could mean for their team.

Boston were sixth in the league in payroll for the 2022 season, but still paid out nearly $60million less than the biggest spenders, the New York Mets.

The Red Sox missed the playoffs this season, and while that has not often been the case of late, fans have become irritated with some of the team’s financial decisions.

The team ended up trading star outfielder Mookie Betts to the Dodgers in 2020 after they weren’t willing to meet his high-priced contract terms.

With Liverpool valued at a whopping $4.45billion last May by Forbes, however, a sale of the club by John W Henry and Tom Werner could fatten the Red Sox’ wallets.

‘FSG putting Liverpool up for sale, Red Sox fans will be happy,’ one fan said. ‘Make funds available to sign some much needed players.’

‘I’m hoping that putting Liverpool up for sale means the Red Sox are putting aside money to sign Xander [Bogaerts], [Rafael Devers], [Carlos] Rodon and everybody else,’ another said, referring to potential internal and external targets of the club. 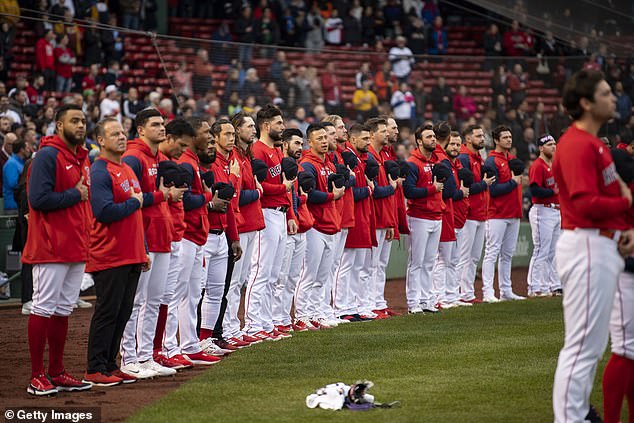 ‘They went over the Luxury tax for a 5th place team, but I agree them selling Liverpool with more focus on the Red Sox would be amazing,’ a different fan added.

Shortstop Bogaerts is now a free agent after opting out of the remainder of his Red Sox contract, while Devers has one year left on his deal.

Both All-Stars are expected to command a significant market.

Fenway Sports Group have controlled Liverpool since 2013 and have seen huge success in that time period with Jurgen Klopp leading the club to a Premier League title and Champions League triumph as well.

And while the club have certainly spent big on players like Fabinho, Alisson and Darwin Nunez more recently, there is a belief among fans that the squad has not been properly refreshed amid a wayward start to the season.

Liverpool have won just five of their first 13 Premier League games and sit in eighth after their 2-1 win vs. Spurs on Sunday.

It’s unclear whether shedding Liverpool’s wage bill will encourage FSG to spend more on the Red Sox, but some fans are certainly optimistic.

‘FSG selling Liverpool can only mean good things for the Red Sox,’ one said. ‘As a fan of both teams I’m stoked.