A Red Bull in the Big Apple! Formula One team’s 2011 championship-winning car rips through the streets of Manhattan in New York ahead of the US Grand Prix in Austin next Sunday

Ever imagined what a Formula One car ripping through the streets of New York looks like? Imagine no more!

Red Bull have uploaded a series of photos and videos from earlier this month of their 2011 F1 championship-winning RB7 car loose on the streets of Manhattan in the Big Apple.

The promo was to drive up interest stateside ahead of the US Grand Prix taking place in Austin next Sunday, October 24. 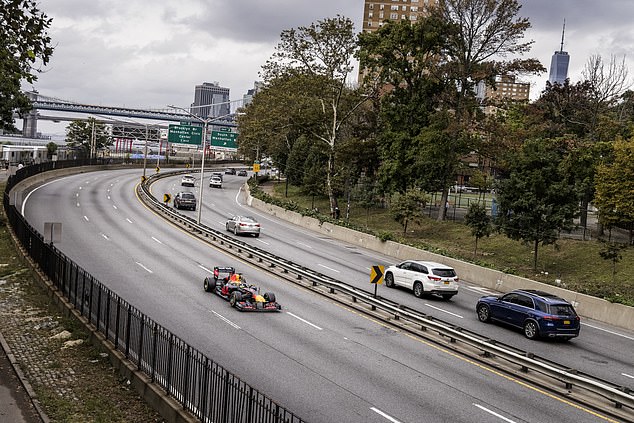 There will also be a street circuit in a major US city next year, with Miami set to be included on the race calendar for the first time.

The plan is for a 3.36 mile, 19-corner circuit around the Hard Rock Stadium – home to the Miami Dolphins – in the suburb of Miami Gardens.

Red Bull have previous in New York City too – in 2012 it made a rare appearance to drum up interest in an ill-fated New York Grand Prix which never came to fruition.

When Formula One comes to the United States next week, it will see Red Bull driver Max Verstappen try and defend his championship lead. 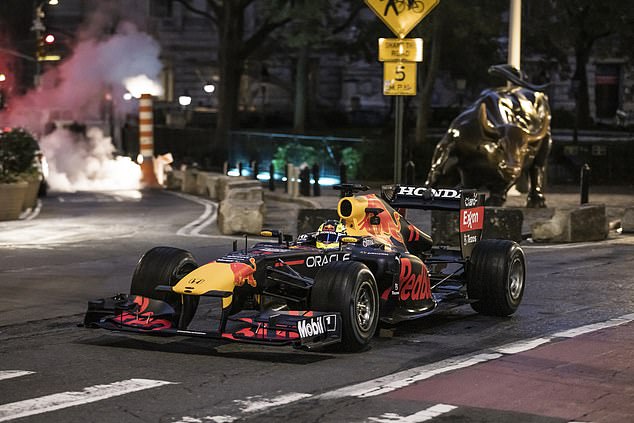 Next year there will be two F1 races in the United States, though neither will be in New York 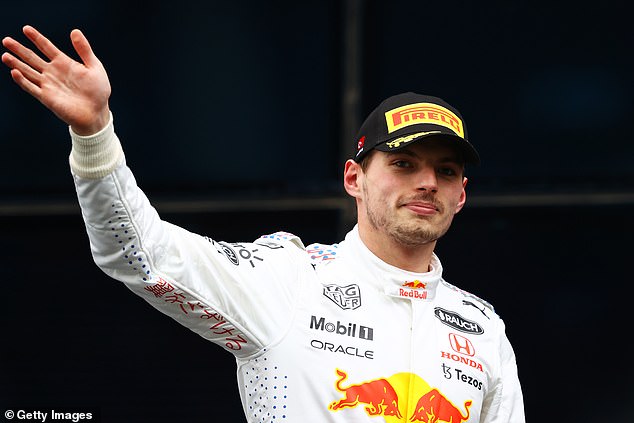 Seven-time world champion and Mercedes driver Lewis Hamilton is just six points behind the Dutchman with six races to go.

The winner of the last race at the Circuit of the Americas was Valtteri Bottas back in 2019.

Last year’s race was cancelled due to the coronavirus pandemic and the impact it had on 2020’s makeshift calendar.