The London-listed firm saw net fee income jump by 26 per cent year-on-year to £112million in the three months ending 30 September, as it achieved growth across all forms of headhunting.

Having already achieved a better-than-expected second quarter performance, the business now expects full-year profits to be ‘in line’ with current market expectations.

Professional recruiter has seen profits skyrocket in the third quarter, as the hyper-competitive global jobs market enabled the recruiter to keep on track with annual forecasts

Robert Walters shares were up more than 5 per cent trading at 515.30p around 9am on Tuesday morning following the release of its buoyant results.

The specialist finance and business recruitment service deals with finding professionals in the accounting, banking, engineering, HR, IT and legal sectors among others.

It has also announced that Leslie Van de Walle, who is currently the non-executive director of HSBC, has been has been appointed non-executive chair and will join the board on 1 November.

Van de Walle said: ‘I am excited to be re-joining the Robert Walters Group as Chair.

‘I thoroughly enjoyed working with the Board and Executive team in my prior stint with the Group and am looking forward to getting started. The recruitment industry is so dynamic and fast-paced and to be once again working with one of the standard bearers of the industry is a real privilege.’

Widespread labour shortages, combined with a high level of voluntary resignations and surging salaries, have led to a scramble to hire new talent and provided a financial boon for the recruitment sector.

Trade has received a further boost from the shift to hybrid working, with Robert Walters observing earlier this year that companies were becoming more ‘location-agnostic’ and reliant on virtual platforms when deciding who to employ.

It noted that demand for full-time positions was especially strong in the Asia-Pacific region with fee income up 16 per cent to £53.6 million, compared to £44.4 million in 2021. 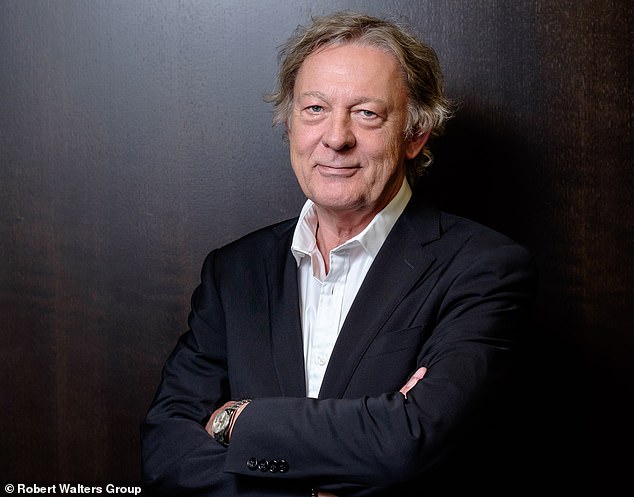 On a constant currency basis, fee income doubled in Taiwan, soared by over half in Indonesia, and rose by 20 per cent and 11 per cent, respectively, in its two biggest Asian markets of Japan and Australia.

In Japan and Australia, net fee income increased by 23 per cent and 16 per cent respectively.

Elsewhere across the region, the strongest rates of net fee income growth came from Taiwan (up 46 per cent), Indonesia (up 45 per cent), Thailand (up 32 per cent) and New Zealand (up 29 per cent).

In the UK, net income was down 6 per cent year-on-year to £17.6 million, compared to £18.7 million in 2021, which was blamed on ‘more challenging market conditions across both technology recruitment and resource solutions’.

‘Asia Pacific and Europe, the Group’s largest regions, continued to produce good growth and it’s also been encouraging to see our smaller businesses across the Americas and Middle East delivering strong results.

‘The more volatile political and economic backdrop in the UK has impacted local market confidence, resulting in a decline in UK net fee income year-on-year.

‘Profit for the full year is expected to be in line with current market expectations.’

The firm specialises in the placement of professionals across the disciplines of accountancy and finance, banking, engineering, HR, IT, legal, sales & marketing and supply chain and procurement.

The Group will publish a trading update for the fourth quarter ending 31 December 2022 on 10 January 2023.