GPs today admitted that they are ‘happy’ if patients ask to go private – and encourage them to do so due to crippling NHS waiting lists – with Lloyds Pharmacy trying to cash in on the boom by offering £20 appointments including the medicine and sick notes.

With waiting lists for routine treatment at an all-time high, Britons are even going private to deal with minor issues such as fungal nail infections, verrucas and warts.

The number of patients paying for private treatment in the UK has risen by 39 per cent over the past two years – now one in ten – with millions now bypassing their own GP completely as they struggle to get appointments and beat the lengthy queues.

At least 1.6million people have used a paid-for GP for the first time since the pandemic, where face-to-face NHS appointments were slashed and two week waits for non-urgent consultations common.

Lloyds Pharmacy is among those looking to cash in on the boom, offering £20 for a video appointment with a GP – up to £49.99 after that – with the price including basic medication, referrals and even a sick note for work.

Marley White (pictured) has been on a waiting list since he was just two after suffering painful bouts of chronic tonsillitis. His family is raising money for him to go private 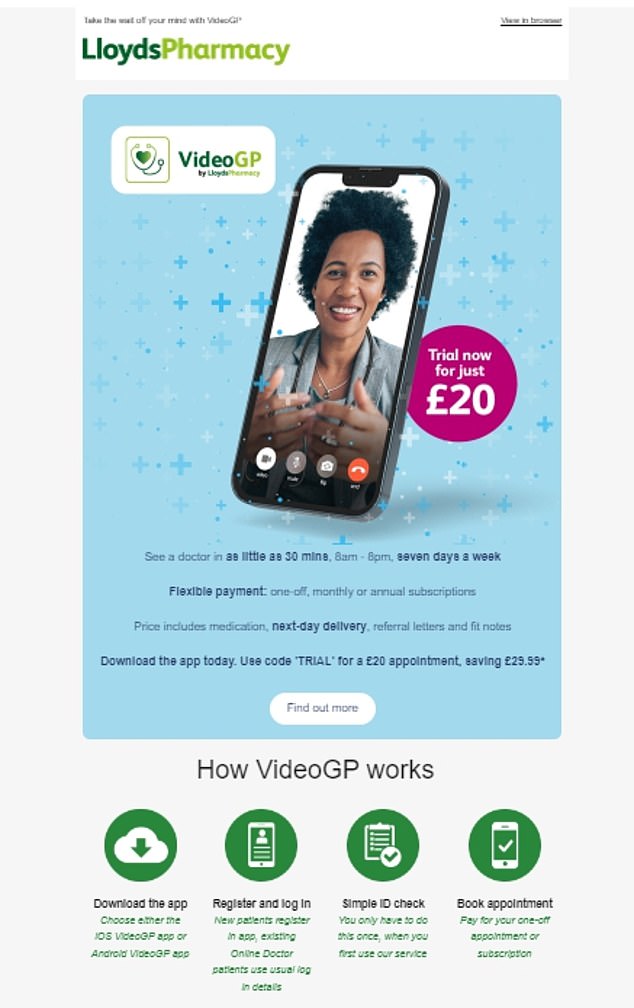 Dr Sarah Levy, an NHS GP at Bushloe Surgery in Leicestershire told The Daily Telegraph: ‘I’m happy when patients ask for a private referral because I know it’s going to save the NHS some work and the patient isn’t going to have to wait as long’.

Private GPs are busier than ever, despite Bupa, for example, charging £79 for a short appointment or £250 for 60 minutes. The cost soon stacks up further if blood tests, scans and small procedures are needed. A non NHS psychiatrist will charge £300 or  more for a first meeting.

Despite the costs, a recent YouGov survey found that seven per cent of people had used private GP services since 2020. Almost half of those were doing so for the first time.

Spire Healthcare, which runs 39 private hospitals across Britain, says self-pay cases – where customers pay for treatment themselves rather than via an insurer – is up 81 per cent since before the pandemic.

Dr Hana Patel said: ‘For conditions such as kidney stones or hip replacements, you might choose to go private. There are also problems the NHS will no longer deal with, like warts and verrucas, so you’ll need to go private to treat these’.

Nigel Bunce, 75, from Hertfordshire, has suffered hip problems since a fall in the Autumn, so plans to pay around £16,000 for a hip replacement because of a year-plus wait on the NHS..

He told the Telegraph: ‘I was losing sleep because of the sharp stabbing pain. The pain was so severe, I came to the decision to selffund my treatment privately’. 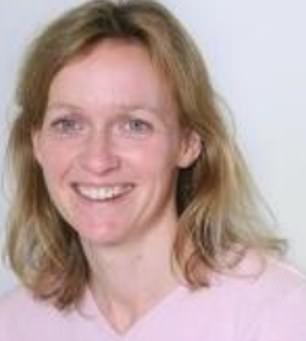 Six-year-old Marley White has been on a waiting list since he was just two after suffering painful bouts of chronic tonsillitis.

He was finally set to attend the hospital for a pre-operative appointment this month – but it was cancelled just five hours before.

Mum Lisa White, 28, is now hoping to raise money for her son to have a tonsillectomy after his condition has become worse over the years.

It comes after doctors previously said Marley was not ‘not a priority case’ even though he has had 18 episodes in just one year.

His pre-op appointment was cancelled due to the nurse being off sick at Aneurin Bevan University Health Board.

Lisa, of Monmouth, South Wales, said: ‘I am very upset and so is Marley. He is suffering his worst bout of tonsillitis to date, he has blisters at the back of his throat which is extremely distressing for him.

‘He was really excited on the day of pre-op, he even went into school whilst ill to do his nativity performance, but he was heartbroken when the teacher broke the news to him of the cancelled appointment.’ 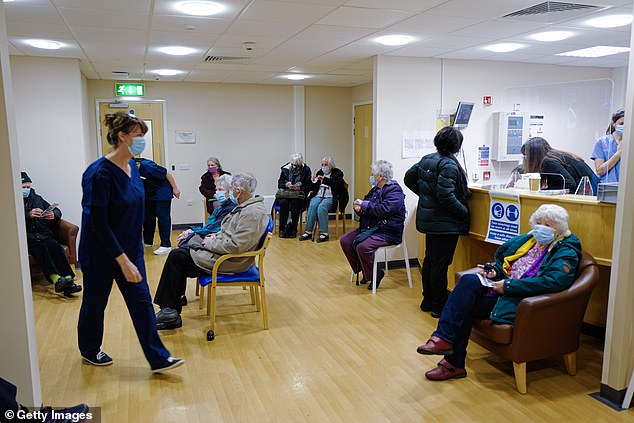 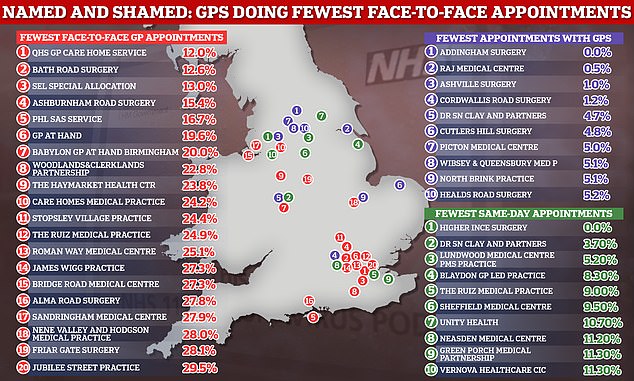 Lisa says she is concerned about how much school her son is missing due to his ongoing medical issues.

She said: ‘His friends have been understanding and welcome him back to school when he’s been off ill, but it’s putting him at a disadvantage as he is missing out on so many things.’

In November, GPs seeking to cut their working hours to 9-5 during the worst NHS crisis in history have been labelled ‘insensitive’ by patient groups.

Members of the public also criticised the radical proposal, saying it will make it even harder for patients to get appointments.

One family doctor approaching retirement said he ‘didn’t recognise’ the profession anymore and said GPs should be looking to do ‘more not less’.

The staggering scale of the appointment crisis was laid bare after worst-performing services were ‘named and shamed’. MailOnline converted NHS figures from 6,000-plus surgeries into a handy search tool which allows you to check how yours fared.

Family doctors in England, who earn £111,900 a year on average, voted to cut their working hours last year. It means they will now lobby the NHS to adopt their demand.

Currently, all practices are required to provide services during ‘core hours’ — 8am to 6.30pm, Monday to Friday.

They do not necessarily have to be open during all of that time, but they must ensure patients can access services.

If lobbying is successful, it could mean GP services are cut by 2.5 hours a day, making it even harder for to see a GP.

GPs supporting the proposal claim giving family doctors a better work/life balance will boost numbers in the profession, which have dwindled over the past decade.

This, they claim, could boost the number of appointments available during core hours, even if those hours themselves are reduced.

Family doctors have complained their workloads are now ‘intolerable’ and that appointment limits are needed ‘before it’s too late’. They have warned squeezing in so many appointments into a single day raises the risk of missing diseases and prescribing the wrong drugs

But campaigners have also warned that GPs shutting doors at 5pm could essentially eradicate the chance of getting an appointment for many working families.