EXPRESS INFORMER > News & Politics > Record 8,500 foreign-born criminals are back on the streets and still awaiting deportation

Record 8,500 foreign-born criminals who should have been kicked out of UK are back on the streets and still awaiting deportation, official data shows

By David Barrett, Home Affairs Correspondent For The Daily Mail

A record 8,497 foreign-born criminals who should have been deported are back on the streets.

Official data showed the number who the Home Office and courts agreed should be booted out after completing a jail term has doubled since 2014.

Among them were more than 2,400 offenders waiting 60 months or more to be deported for their crimes.

The findings will renew fears the Home Office is failing to tackle the problem.

Conservative MP Philip Hollobone said: ‘Some officials in the Home Office are clearly not doing their job properly and Government ministers need to get a grip on this situation.

‘I can see very little excuse for why these people are not being deported in line with court judgments.

‘The sooner they are deported the better because Britain is less safe with them here.’ Once convicts have served a sentence, they can only continue to be held if there is a good chance of them being deported imminently.

But many slip off the radar while others fight deportation orders, often using controversial human rights or asylum laws to trigger a lengthy and costly legal battle.

In 2017 a report by David Bolt, chief inspector of borders and immigration, found 753 foreign criminals were missing after being freed from jail.

An asylum ruling by the Supreme Court just last month highlighted how offenders draw out asylum claims for years.

A Zimbabwe-born gun criminal, who can be identified only as ‘AM’, won the latest stage in a 14-year battle with the Home Office to avoid deportation on human rights grounds. 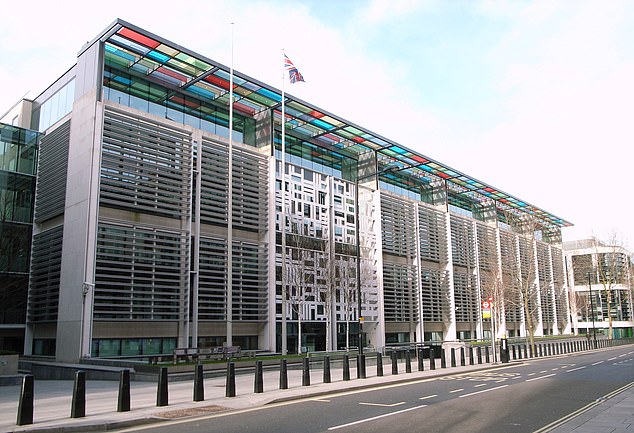 The findings will renew fears the Home Office is failing to tackle the problem.

His legal team initially argued sending him back to his home country would breach Article 8 of the European Convention on Human Rights, the right to family and private life.

When that argument failed, the 33-year-old switched to claiming under Article 3 – which bans ‘torture or inhuman or degrading treatment or punishment’.

The criminal – who had convictions for battery and assault, and possessing a firearm, knife and heroin – was first handed a deportation order 14 years ago in 2006.

He will now get a chance to have his case re-heard in the immigration courts.

If successful, he could be allowed to remain in the UK.