Mrs Vardy’s friends including fellow WAG Nicola McLean insist she was treated ‘appallingly’ by her rival’s barrister – in a High Court case branded the most calamitous libel claim in history.

After the bitter defeat in October it was decided that she would have to pay her own legal costs, reportedly taking her combined bill to well over £3million. Mrs Rooney had tried to settle the case out of court but Mrs Vardy, who broke down on several occasions in the witness box, had refused.

Early in the trial Mrs Rooney’s Barrister David Sherborne asked Mrs Vardy questions about an interview she gave to the News Of The World, in which she reportedly detailed an alleged sexual encounter with singer Peter Andre. Mr Sherborne showed an A3 print out of the story to Mrs Vardy reading the headline: ‘Peter’s hung like a small chipolata, shaved, slobbery, lasts five minutes.’

Following an alleged one night stand in 2001, Rebekah sold her story to the tabloid, in which she was quoted saying: ‘When he pulled down his ­trousers I couldn’t believe it. It was like a ­miniature chipolata.’

When confronted about her crass comments in court, Rebekah claimed that she had been ‘misrepresented’ in the story and said she had been coerced to do the interview by an abusive ex-partner.

In Vardy vs Rooney: The Wagatha Trial, a new documentary for Discovery+, Rebekah complains: ‘In David Sherborne’s own words, there was no smoking gun. So he essentially had to muddy the water to create this inferential case against me, and that was really difficult to accept’.

Wayne and Coleen Rooney depart the Royal Courts of Justice with defence barrister David Sherborne, who Rebekah Vardy and her friends claim treated her appallingly 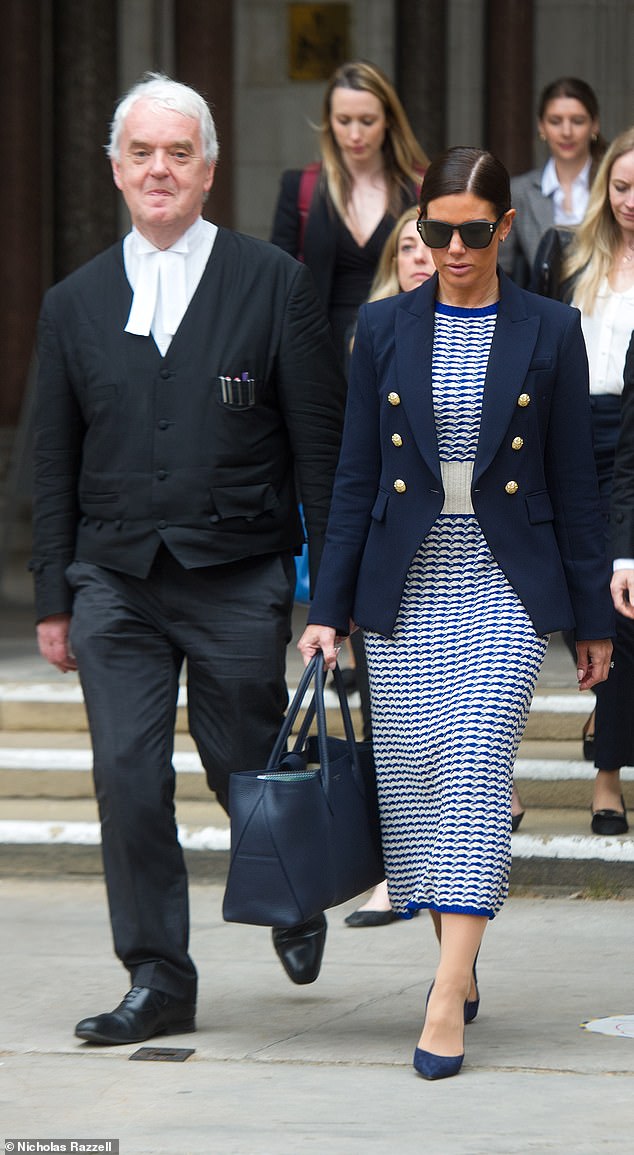 Rebekah Vardy, 40, with her barrister Hugh Tomlinson, KC. She had sued Coleen Rooney for defamation 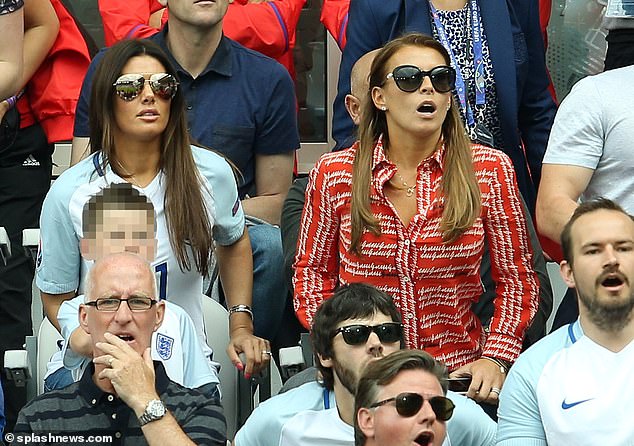 Coleen Rooney and Rebekah Vardy together in 2016. The WAGs have ended up in court in the libel trial of the year and Mrs Vardy’s reputation is in tatters after bringing the case and losing 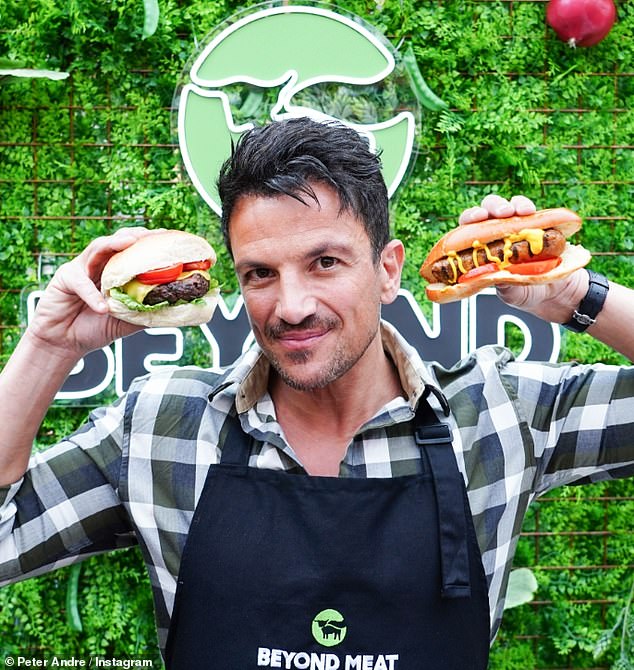 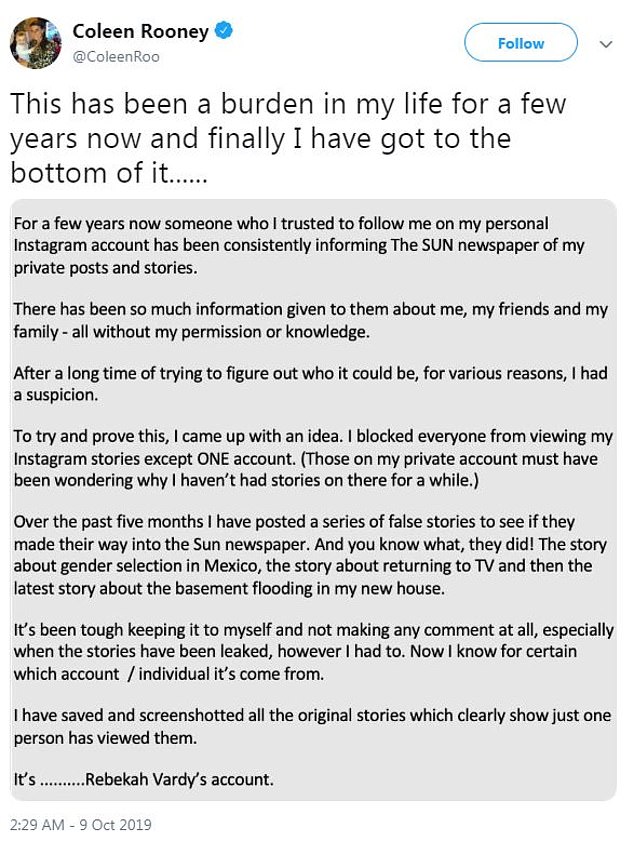 The post that accused Rebekah Vardy’s social media account of leaking stories. It sparked a £3million legal battle that Mrs Rooney has won after the judge agreed it was ‘substantially true’ and therefore not libellous

Wagatha Christie timeline: How Coleen and Rebekah’s long-running, vicious war unfolded before the eyes of the world

September 2017 to October 2019 – The Sun runs a number of articles about Coleen, including that she travelled to Mexico to look into baby ‘gender selection’ treatment, her plan to revive her TV career and the flooding of her basement.

October 9, 2019 – Coleen uses social media to accuse Rebekah of selling stories from her private Instagram account to the tabloids.

Coleen says she spent five months attempting to work out who was sharing information about her and her family based on posts she had made on her personal social media page.

After sharing a series of ‘false’ stories and using a process of elimination, Coleen claims they were viewed by one Instagram account, belonging to Rebekah.

Rebekah, then pregnant with her fifth child, denies the allegations and says various people had access to her Instagram over the years.

She claims to be ‘so upset’ by Coleen’s accusation, later adding: ‘I thought she was my friend but she completely annihilated me.’

The public dispute makes headlines around the world, with the hashtag #WagathaChristie trending.

February 13, 2020 – In a tearful appearance on ITV’s Loose Women, Rebekah says the stress of the dispute caused her to have severe anxiety attacks and she ‘ended up in hospital three times’. Coleen says in a statement that she does not want to ‘engage in further public debate’.

June 23, 2020 – It emerges that Rebekah has launched libel proceedings against Coleen.

Rebekah’s lawyers allege she ‘suffered extreme distress, hurt, anxiety and embarrassment as a result of the publication of the post and the events which followed’.

November 19-20, 2020 – The libel battle has its first High Court hearing in London. A judge rules that Coleen’s October 2019 post ‘clearly identified’ Rebekah as being ‘guilty of the serious and consistent breach of trust’.

Mr Justice Warby concludes that the ‘natural and ordinary’ meaning of the posts was that Rebekah had ‘regularly and frequently abused her status as a trusted follower of Coleen’s personal Instagram account by secretly informing The Sun of Coleen’s private posts and stories’.

February 8-9, 2022 – A series of explosive messages between Rebekah and her agent Caroline Watt – which Coleen’s lawyers allege were about her – are revealed at a preliminary court hearing.

The court is told Rebekah was not referring to Coleen when she called someone a ‘nasty b***h’ in one exchange with Miss Watt.

February 14 – Coleen is refused permission to bring a High Court claim against Miss Watt for misuse of private information to be heard alongside the libel battle. A High Court judge, Mrs Justice Steyn, says the bid was brought too late and previous opportunities to make the claim had not been taken.

April 13 – Miss Watt is not fit to give oral evidence at the upcoming libel trial, the High Court is told as the case returns for another hearing.

April 29 – Rebekah ‘appears to accept’ that her agent was the source of allegedly leaked stories, Coleen’s barrister David Sherborne tells the High Court. He argues that a new witness statement submitted by Rebekah suggests Miss Watt was the source but Rebekah claims she ‘did not authorise or condone her’.

July 29 – Rebekah Vardy lost her libel case – but claimed the judge had ‘got it wrong’.

Referring to the Peter Andre interview from 2004, where she said a night with him was not worth the train fare from Sheffield, she said: ‘I knew what David Sherborne was trying to do. He was trying to paint this picture that was essentially create this narrative bias, to try to make me look like that sort of person. Bringing up something someone has done 20 years ago is desperate’.

Rebekah’s solicitor Charlotte Harris added: ‘The Peter Andre part of it seemed like ancient history and really completely irrelevant. Nothing more than mud-slinging. What point was it actually making?’.

The 40-year-old’s humiliation was complete after she scored one of the worst own goals in British legal history when the High Court dismissed her evidence as ‘evasive or implausible’, ‘manifestly inconsistent’ and ‘not credible’.

Her close friend and fellow WAG Nicola McLean defended her in the Discovery+ show, declaring: ‘Her name got dragged through the mud.

‘Coleen’s lawyers were ferocious. They went out to take her down and they did.

‘They went after Becky to character assassinate her, [they] aggressively interrogated, she was mocked, and she still stood there day after day.’

Mrs Rooney’s team tried to guide the court through the circumstances in which messages between Mrs Vardy and her agent Caroline Watt had been ‘lost’.

In her judgment, Mrs Justice Steyn said it was clear ‘technical evidence cannot provide an answer’ to whether Mrs Vardy was responsible for leaking Mrs Rooney’s posts.

But she said expert evidence was ‘highly relevant’ when it came to the allegations that evidence had been destroyed.

Miss Watt claimed her data had been lost after her phone fell overboard during a boat trip while she was on holiday. The trial took place after Mrs Rooney, wife of former England footballer Wayne, conducted a sting operation in 2019 accusing Mrs Vardy online of leaking private stories about her to The Sun.

Mrs Vardy has always denied passing the information from Mrs Rooney’s private Instagram to the newspaper.

But Mrs Justice Steyn ruled Mrs Vardy probably worked with Miss Watt to leak stories from Mrs Rooney’s Instagram account to The Sun, providing tips to tabloid journalists and help them with inquiries.

Mrs Vardy was left red-faced after the judge found ‘many occasions when her evidence was manifestly inconsistent, evasive or implausible’.

The ruling found Mrs Vardy and Miss Watt purposefully ‘deleted or destroyed’ evidence. She ruled it was likely Miss Watt had not accidentally dropped her phone in the North Sea but that it was done deliberately after a legal request was made to search its WhatsApp messages.

Mrs Justice Steyn decided on 90 per cent, acknowledging there were certain issues that justified Mrs Rooney paying for some of the case, including her ‘weak’ allegation that Mrs Vardy was one of the people behind The Sun’s ‘Secret Wag’ gossip column which had ‘added considerably’ to the work of Mrs Vardy’s lawyers.

The total amount of Mrs Vardy’s legal costs is not known, but is expected to be of a similar level to those incurred by Mrs Rooney.

Friends suggested this year that Mrs Vardy may be forced to sell the family’s beloved Portuguese luxury villa on the exclusive golf resort of Quinta do Lago, which they call their ‘sanctuary’. The property, which has three pools, a gym, steam room and six bedrooms, is thought to be worth in the region of £2million and is available for rent for up to £30,000 per week.

Mrs Justice Steyn also decided the costs should be assessed on an indemnity rather than a standard basis – a decision which is more favourable to Mrs Rooney in terms of the amount of her legal bill she can recover – saying: ‘I found [Mrs Vardy] deliberately deleted or destroyed evidence.’

The 10 per cent of her own costs which Mrs Rooney does have to pay will easily be covered by a tell-all Wagatha Christie documentary she is understood to be making with Disney.

The lucrative contract is likely to make her the family’s main breadwinner, dwarfing the £800,000 a year earned by her 37-year-old husband who now manages US team DC United in Washington.

Filming for the documentary is said to have taken place for the last two years, with cameras following her as she fought the high-profile court case. The series will be screened next year. 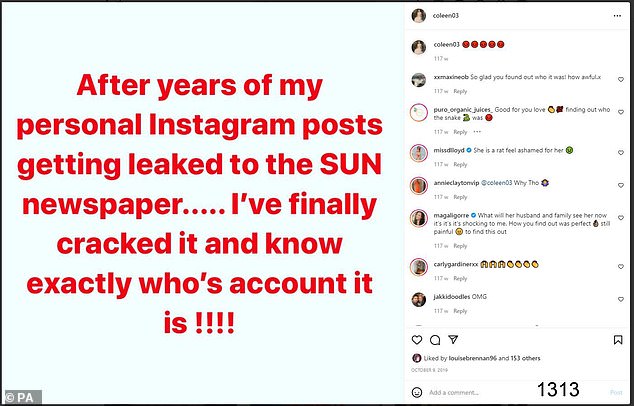 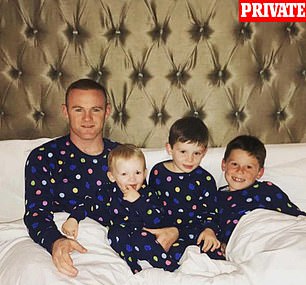 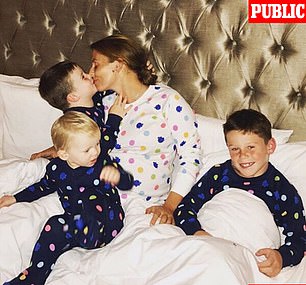 Coleen told the court that she only posted the image (pictured left) on her private account because she did not want to fuel stories about her and Wayne reuniting after the couple’s marriage faltered when he was caught drink driving in another woman’s car. On her public Instagram account Coleen only posted a photo of herself with her then three sons Kai, Klay and Kit, (pictured right) wearing matching pyjamas. But she was angered a few days later, when a story appeared in The Sun clearly based on the private image

Mrs Rooney incurred total costs of more than £2million, but £350,000 had already been racked up before the trial in May, so those were removed from the figure presented to the court. Mrs Rooney had argued she should be paid 100 per cent, while Mrs Vardy had asked to pay 80 per cent.

The final figure may be reduced if Mrs Vardy does not agree to pay the 90 per cent and a court later considers some costs unreasonable.