Rebecca Long-Bailey has vowed that the Labour Party would compete ‘toe-to-toe’ against the Prime Minister’s controversial adviser Dominic Cummings if she becomes leader.

The shadow business secretary said she wants to establish a media rebuttal unit and put a greater emphasis on digital campaigning to take on Mr Cummings at the next election.

She added that Labour had been ‘nowhere near’ the Conservative Party when competing for votes at the December poll.

Mr Cummings was heralded for successfully targeting Eurosceptic voters through online and social media advertising when leading the campaign operation at Vote Leave during the referendum.

Boris Johnson also credits his right-hand man with penning the ‘Get Brexit done’ slogan that helped usher in his Tory landslide victory.

Speaking at a leadership hustings in Brighton, Ms Long-Bailey said Labour would need to change their tactics if it was to beat Mr Cummings and the Tories next time round.

She said: ‘We have to be more ruthless. We need to have a rebuttal unit in our party that fights back at those smears [against the party leader] immediately.

‘We also need to have a digital campaigning team that is increased far beyond the current capacity so we can go toe-to-toe with the likes of Dominic Cummings. 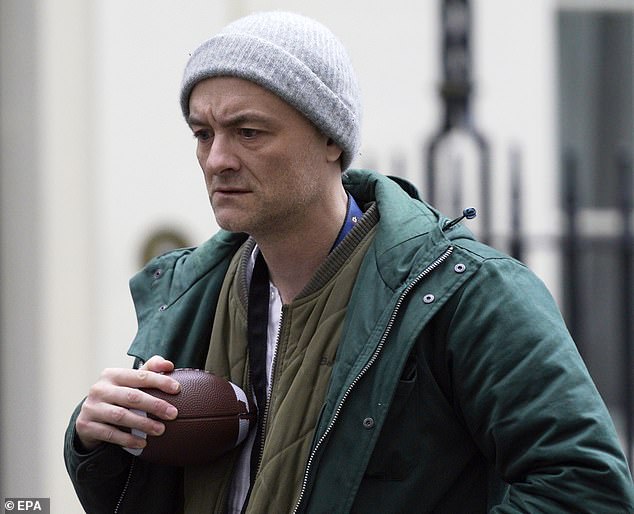 ‘We were nowhere near in this election campaign.

‘They were targeting demographics – your hobbies, your income groups – and we were just putting out nice memes and videos, and that’s not good enough.

He warned the party must not adopt Mr Cummings’ strategy of attacking the UK’s free press or else risk a polarised media model similar to that seen in America.

Since the election the Prime Minister, with Mr Cummings by his side in Downing Street, has opened a consultation into decriminalising non-payment of the television licence fee that makes up the majority of the BBC’s income.

Journalists also walked out of a Number 10 briefing earlier this month after it became apparent that some reporters had been excluded. 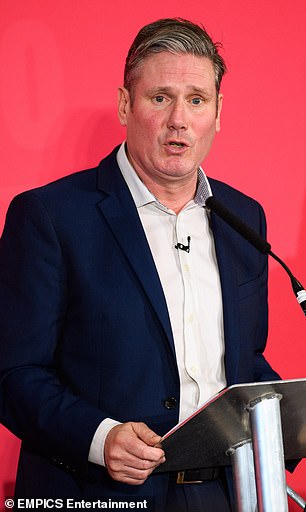 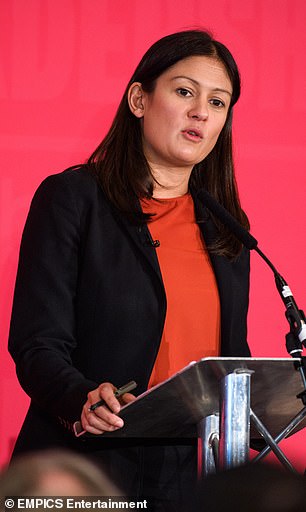 Voting has now started in the three-candidate leadership contest as Ms Long-Bailey, Sir Keir Starmer (left) and Lisa Nandy (right) continue to battle for the top position with the winner set to be announced on April 4

Sir Keir said: ‘Part of Cummings’ approach is to attack independent journalism and to try and push us down an American model that will make it 10 times worse.

‘This is a culture war.

‘It is very important we diversify the press, we call out the vilification but that we stand up for an independent and free press.

‘Otherwise, Dominic Cummings will take us down the American model and it will be 10 times worse by the time we get to the next election.’

Lisa Nandy, the only backbencher left in the race for the top job, said she wanted to see a social media tax to help provide local news outlets with long-term funding.

The Wigan MP also said she would like to ‘mutualise’ the BBC so the public could have a greater say over its running.

She added: ‘I want to see us mutualise the BBC, not because I hate the BBC but because I believe in the licence fee and I believe it must be far more accountable to the public and the people who fund the BBC.

‘It would be far less open to manipulation from this right-wing Tory government.’

The sensational resignation of Sir Philip Rutnam, the Home Office’s most senior civil servant who quit amid a bullying row with Home Secretary Priti Patel, was not addressed during Labour’s the 90-minute debate.

Voting has now started in the three-candidate leadership contest with a winner due to be announced on April 4.