A woman who tried to suffocate her father in a nursing home after he asked her to end his life has started her five-year sentence for the moment of ‘poor judgement’.

Rebecca Burden put a cushion over her dad’s face after he begged her to end his life in 2020.

She will be eligible for parole in May next year after serving at least 10 months of her sentence.

Burden said her ‘lapse of judgment’ came after her 68-year-old father – who had a brain injury and severe dementia – asked her to ‘please just kill me’.

Immediately after using all her weight to push the cushion on Steven Burden’s face his now 47-year-old daughter told a nurse what she had done, a Brisbane court was told.

Mr Burden survived, but when asked what occurred did not remember his daughter’s visit.

It was only from Burden’s account that police were able to charge her with attempted murder, which she pleaded guilty to.

At the time she wanted to end her father’s suffering because he was always so sad, she told police.

Defence barrister Charlotte Smith said Burden, who has no criminal history, had ‘quite tragic’ personal circumstances and suffered from post-traumatic stress disorder.

Mr Burden’s brain injury occurred in a car crash when he was driving to see his daughter on the one-year anniversary of the loss of her twins.

Burden told the court she took full responsibility for her actions, sincerely regretted what transpired and understood the gravity of the charge.

She read a statement to the court saying she loved her father implicitly, describing him as her best friend.

She was excited to see her dad ‘on that fateful day’ for the first time in six months.

‘During that time together there was a lapse of judgment on my part and it cost me dearly,’ she added, saying she had not been allowed to see him since. 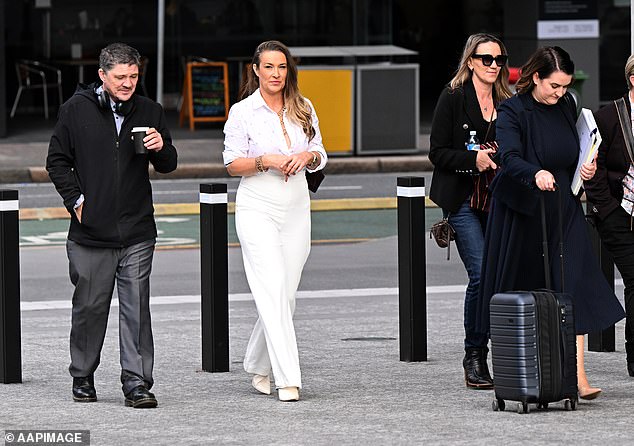 For two years after Mr Burden suffered the brain injury in a car crash she had cared for him.

But he went to live in the Regis Aged Care facility at Sandgate, north of Brisbane, late in 2019 after pushing her down some stairs, breaking her ribs.

During their first contact visit on September 26, 2020 after the lifting of Covid-19 restrictions introduced six months earlier, Mr Burden was on his bed, begging his daughter to get him out, Burden told authorities. 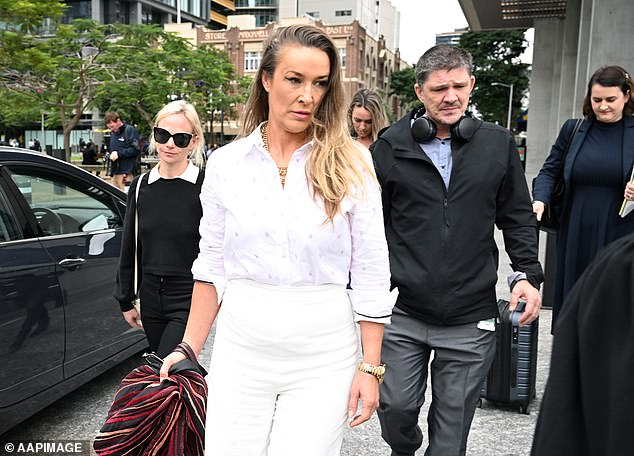 Burden was pushed down the stairs by her father, who was suffering from a traumatic brain injury, in 2019, leaving her with broken ribs

She said she wasn’t allowed to, with her father responding: ‘Please just kill me. I don’t want to be here anymore.’

Burden stroked her father’s forehead until his eyes closed, took a cushion off a chair and placed it over his face, prosecutor Katrina Overell said.

Using all her weight Burden pushed with her arms and chest on the cushion for 25 to 30 seconds, stopping when Mr Burden kicked his legs. 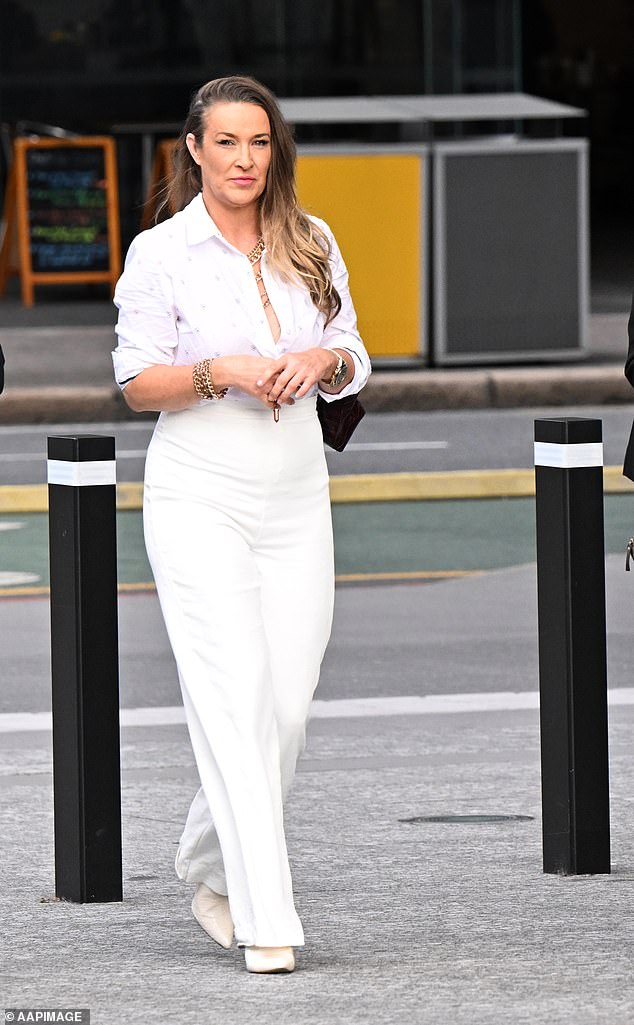 She will be eligible for parole in May 22 next year.