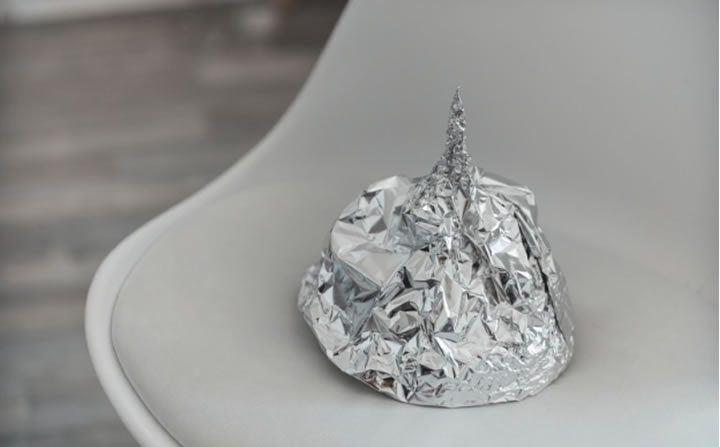 The problem with conspiracy theories is that genuine scandals, mistakes, and conspiracies occur regularly enough that they lend credence to even the most outlandish ideas.

Cigarette companies lied to us about the safety of their products, governments lie about their reasons for going to war, and advertisers use techniques of persuasion to trick us into buying things we don’t need.

In such a complex world, it’s crucial to have a strategy for discerning truth from fiction and fear-mongering. Do you really need to buy PTFE-free cookware? Is the 5G part a mind-control experiment?

Let’s take a look at five things you can do to tell the difference between genuine concerns and bogus conspiracy theories.

Any claim of a plot being carried out on a global or industry-wide scale is dubious. To put it in terms that make sense in your daily life, imagine if you told even just 1,000 people a piece of juicy gossip and asked them to keep it a secret.

How long do you think that secret would last?

It’s true that a small group of people can keep a dark secret, but when you start talking about the entire global healthcare industry or every government in the world colluding to cause us harm and keep it a secret, the plausibility of the claim plummets.

The longer a devious plot continues, the more likely it is to come to light, and the more evidence will accumulate. Things rarely go perfectly to plan when you’re doing devious things and trying to cover your tracks.

Even if everything plays out flawlessly, over time, there’s usually at least one person who develops too much guilt from the harm being done. This is often what inspires whistleblowers like John Kopchinski, Cheryl Eckard, and Edward Snowden.

While it’s true that some conspiracies can remain hidden for decades, it’s unlikely that every scientist and scholar all over the world since the Ancient Greeks has been successfully maintaining a lie about the shape of the Earth.

So, even without doing a single calculation or understanding the first thing about science, you can reveal the implausibility of the flat earth theory.

One of the biggest red flags of a conspiracy theory is that proponents present it as an indisputable fact, not a hypothesis. They then claim that any evidence to the contrary is fabricated and that those presenting it are in on the conspiracy.

By contrast, those who sincerely seek to uncover plots, mistakes, problems, and cover-ups will go in with a hypothesis that can be tested. They obtain evidence from multiple reliable sources, explore opposing viewpoints, and are willing to be proven wrong.

Building on the last point, it’s a good idea to get an overview of the evidence behind a theory.

For example, there is overwhelming and consistent evidence from the scientific community that global warming is happening and that humans are contributing. Even a cursory review of the literature reveals that the sources are reliable, multitudinous, and consistent.

So, there’s no need to fear that this is a conspiracy theory.

If there’s plenty of evidence suggesting a theory is fallacious, but someone clings to it anyway, claiming said evidence is just proof of how much power the “forces that be” have, then you don’t need to waste your time on it.

Follow these steps whenever you hear a concerning piece of news, and you’ll stand a better chance of seeing through the deception and avoiding unnecessary alarm.