Reading are reportedly set to be handed a nine-point deduction for breaching the EFL’s financial rules after the club were forced under a transfer embargo.

The Royals were penalised in the summer transfer window for breaking the organisation’s profit and sustainability regulations, although they were still able to bring in free transfers and loans.

But now the Berkshire outfit are in talks over a sanction that could see them follow Derby County and be plunged into the relegation zone, with the club set to be docked between six and nine points, according to the Guardian.

Reading FC are set to be docked up to nine points for breaching EFL rules, reports claim

Wayne Rooney’s Derby are already set to be punished with a massive 24-point deduction after moving into administration and Reading are now facing their own punishment after exceeding the EFL’s limit of a £39m loss across three seasons.

Reading fans have seen the club struggle to retain their place in the Championship in recent seasons despite a period as a team regularly challenging for the play-offs, and the club has had financial issues since being taken over by Dai Yongge in 2017.

In a statement to supporters after being placed under embargo, Yongge sought to reassure them they were holding ‘positive’ talks with the EFL and that the club were making ‘progress’, with the owner as committed as ever. 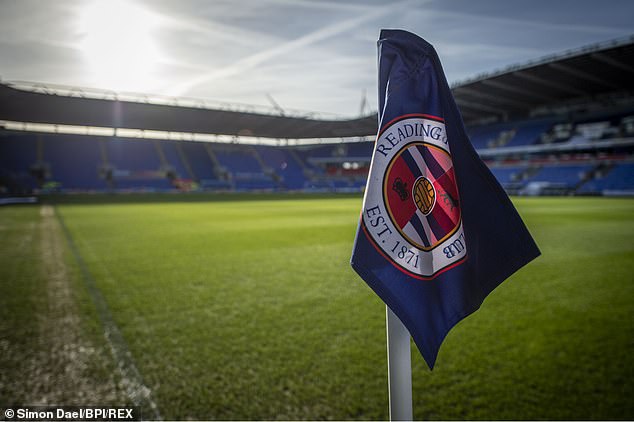 ‘We are fully aware of increasing levels of speculation within the media and amongst our supporters regarding the club’s challenging situation during the current transfer window,’ the open letter said.

‘As a club, we strive to be as open and transparent as possible with our supporters, liaising regularly with our fans in focus groups, listening to supporters in feedback sessions as well as engaging in structured dialogue meetings with our Supporters Trust.

‘We appreciate that clarity is important. However, we sincerely hope supporters also understand that financial intricacies coupled with detailed information on transfer constraints, objectives and expectations should remain private to ensure we are able to act wisely within the market. 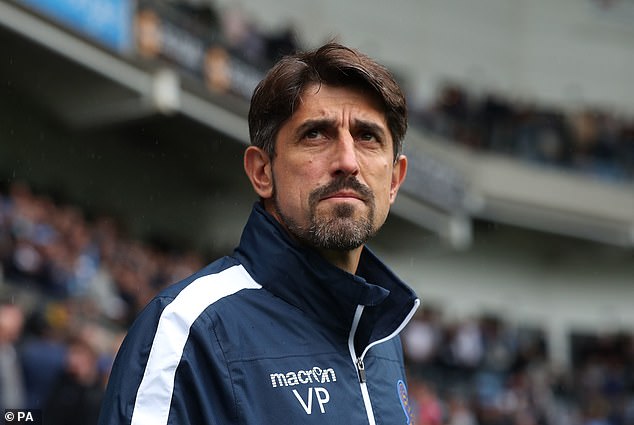 Reading, coached by Veljko Paunovic, have endured a spell of uncertainty on and off the pitch

‘The club remain extremely disappointed that existing English Football League regulations allow confidential financial information as well as the embargo status of clubs and the relevant transfer restrictions to become widely available in the public domain.

‘It is important to understand that we are making progress. We can confirm that we remain in positive, constructive dialogue with the EFL and, while we appreciate the complexities surrounding the club’s present circumstances, we are also confident that we will be able to significantly strengthen our first team squad in the very near future, in advance of the closure of this summer’s transfer window at the end of August.

‘Meanwhile, Mr Dai Yongge remains as committed to Reading Football Club as he has been throughout the four years he has spent so far as owner of our club.’