Insurance companies should have their own emoji for when they contact customers with details of their renewal premium – a man wearing a mask, a tricorn hat and holding a blunderbuss.

Amusing? Yes. Extreme? Maybe, but it’s the way many people like Gary Stronge – whose idea it is – feel after just being told their car or home cover (in some instances both) is going to cost a hell of a lot more than it did last year.

Customers are convinced that insurers are trying to steamroller them into accepting premium increases which defy logic.

One claim: Louise faces a hike in cover

Her combined home and car insurance with Admiral will cost £898.64 if she renews it at the end of this month – an increase of 50 per cent on last year.

Louise, who lives in Tunbridge Wells, Kent, says that until last year she had not claimed on any insurance policy since 2008.

The earring she lost was replaced by Admiral, but the premium increase it is now demanding has made her question the fairness of insurance.

‘You can’t win,’ says Louise. ‘You don’t make a claim for many years and you get no premium reward.

‘But make a single claim and you get hit with higher premiums.’

She will now look for more competitively priced cover from a rival insurer.

In the defence of insurers, a surge in the cost of claims – many relating to last month’s cold snap – has put pressure on premiums. Last week, Direct Line axed its dividend to shareholders in response to a surge of claims.

But the renewal premiums being demanded by many insurers are mindboggling. In some cases, customers are facing premium increases in excess of 70 per cent – even when they have not made a claim in years. Outrageous.

Also, renewal premiums of 30 per cent or more are being asked for, with those aged 60 and over bearing the brunt. Still outrageous.

Like me, readers who have just received such bad news by text, email, or post are spitting feathers. ‘The renewal was a jaw-dropper,’ says Gary, who lives in Enfield, North London. ‘Last year, the annual premium for my car insurance with Sheilas’ Wheels was £197.25. Now, they want £312.62, an increase of 58 per cent. Who do they think I am? A fool? I just can’t see what has changed in the last 12 months to warrant such an increase.’

For the record, Gary, 62, is a retired park ranger, drives a Ford Focus automatic, and can’t remember the last time he made a claim on a motor policy. He’s dumbfounded, and he’s looking to find alternative cover when his existing cover with Sheilas’ Wheels ends.

There are plenty of others in a similar situation. Rob King, a retired distribution co-ordinator for an animal feed company, was told his car insurance with Hastings Direct would be jumping next month by a ‘staggering’ (Rob’s description) 47 per cent.

Having been a loyal customer for more than ten years, he decided enough was enough. He has taken out cover for his five-year-old BMW XI with Churchill Insurance at nearly the same price he paid this time last year.

‘How can these insurance companies get away with these premium increases?’ asks Rob. ‘Surely, the regulator should be intervening. The increases are beyond comprehension.’

Well, the regulator – the Financial Conduct Authority (FCA) – did ‘intervene’ this time last year. Yet, its new rules, designed to ensure customers (like Rob) are not penalised for being loyal, have done nothing to protect policyholders from higher premiums.

The new rules mean no loyal policyholder of a car or home insurer should pay more for their cover than someone coming to the same insurer as a new customer.

For years, insurers exploited loyal customers by charging them more, knowing that most would simply take it on the chin and renew. This enabled insurers to trawl for new business by dangling dirt-cheap policies before the eyes of those shopping around.

Although the FCA insists that ‘price walking’ – the industry term to describe the price discrimination that many loyal insurance customers faced – has been quelled (though I’m not totally convinced), many policyholders are worse off than ever.

Premiums are roaring away like a perfectly constructed open fire – making a mockery of the claim from the regulator that its rules would save loyal policyholders £4billion over the next ten years.

As Jim Royle, of TV classic The Royle Family, would say: ‘£4billion my a***’ (think bottoms). ‘I’ve been a loyal customer of LV for more than ten years,’ says 78-year-old widower Frank Smith, from Southend-on-Sea in Essex. ‘But when I was told the home cover for the detached bungalow I own overlooking the sea was going up this month by 35 per cent, I decided to challenge the insurer.’

When he phoned, Frank, who up until retirement ran a business specialising in aviation, was given short shrift. ‘The person on the other end of the phone at LV was not interested,’ says Frank. ‘They said that the premium was set: take it or leave it. I cancelled my policy.’ 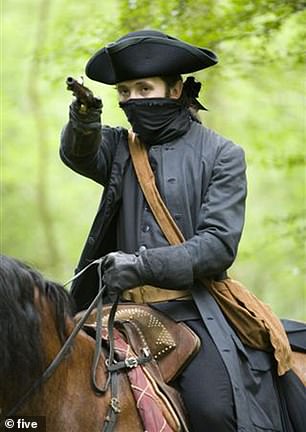 He has now obtained cheaper cover with Aviva, with a few extras bolted on, such as accidental damage cover. ‘Someone needs to take a proper look at these insurance companies,’ he adds. ‘My loyalty has counted for nothing.’ Late next month, Frank will learn what premium LV will demand when his motor policy renews.

He will move if the increase is inflation-busting.

As Frank has said, what doesn’t make sense is the scale of the premium increases.

Headline inflation is running at close to 11 per cent, while food prices are increasing at just above 13 per cent. So, surely insurance premium increases of around 10 per cent should be the norm. But it’s not the case.

Other scrutineers say premium inflation is greatest among those aged 50 or over.

Rob King says: ‘If my renewal notice had indicated a premium increase of around 10 per cent, I would have reluctantly taken it on the chin. But not an increase of 47 per cent. In that territory of price increase, you begin to feel as if you are being ripped off.’

Of course, the rising cost of claims, as Direct Line showed last week, is impacting on the profits of insurers – and will drive premiums even higher. But some premium increases being asked for are unjustifiable and borderline age discriminatory.

On Friday, Brian Brown, head of insight for banking and general insurance at financial data company Defaqto, said that policyholders would be unlikely to ‘see any reduction in premiums for the foreseeable future.’

Those shopping around, he warned, should ensure they don’t reduce cover in chasing a lower premium. He added: ‘Unfortunately, it seems as if the cost of insurance is likely to continue going up in 2023.’

That could prove to be the understatement of the year.