The Royal College of Midwives (RCM) is consulting its members in England and Wales over possible strike action after reacting angrily to a proposed £1,400 pay rise.

The College says it wants to know whether its members are prepared to vote for industrial action if balloted.

The RCM’s member consultation opens as new NHS Digital workforce statistics show midwife numbers are down by over 600 in the year to April 2022.

News of the RCM’s  announcement comes amid a summer fraught with strike action, with 40,000 workers from the National Union of Rail, Maritime and Transport Workers (RMT) striking on June 21, 23 and 25 as well as on July 28 – forcing millions of commuters to work from home.

On Friday, 40,000 members of the Communication Workers Union (CWU) went on strike, with picket lines again raised in parts of the country today.

Dr Suzanne Tyler, the RCM’s executive director, said: ‘Our members are angry and feel let down again by the Welsh and Westminster Governments, who have been warned time and time again that there’s a gaping hole in midwife staffing levels, with more midwives leaving the NHS every month.

The Royal College of Midwives (RCM) is consulting its members in England and Wales over possible strike action after reacting angrily to a proposed £1,400 pay rise

‘We have offered them solutions to the recruitment and retention crisis and pay is part of that solution, but they have yet again failed to listen to us.’

Four regions saw triple-digit slumps in the number of midwives with London and south east badly impacted. Hardest hit was the north, with the northeast and Yorkshire accounting for almost half of all losses.

With the Government acknowledging an existing shortage of over 2,000 midwives in England, the union insists any further drop is ‘alarming’.

The RCM claims the latest pay award will be the final straw for many midwives already considering leaving the profession and will further worsen midwife numbers.

Ms Tyler added: ‘Now there is a real risk that midwives who have shown huge commitment, often working well beyond their contracted hours and often for no additional pay, will leave because a below inflation pay award to them is an absolute insult.

‘Inflation is soaring, and the cost of living is increasing at a pace which is leaving many of our members struggling to cope.

‘We believe at headline pay increase of £1,400 pounds for most of our members in England and Wales just won’t cut it.’

Over two-thirds of this pay increase will go on rising energy bills, with the rest going on tax, say the RCM, leaving members worse off than last year in real terms.

The RCM says there is ‘palpable anger’ among midwives and maternity support workers doing their best ensure safe and high-quality care in difficult circumstances.

They say the pay award is ‘another knock to the ever-eroding morale’ and ‘another reason to leave the profession’. 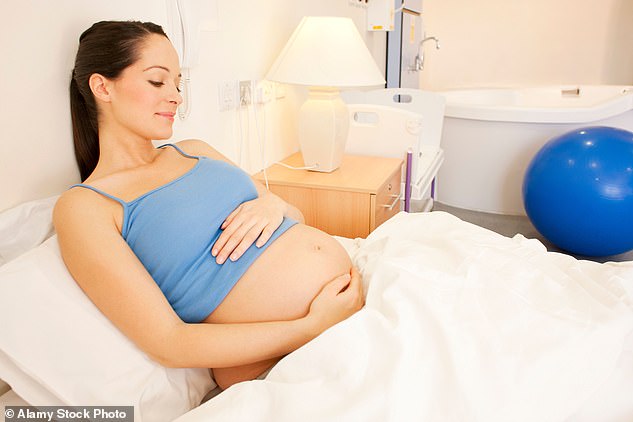 Ms Tyler said: ‘We are always guided by our members, which is why we have launched this consultation today. We know many feel the pay award is not enough, that it is yet another sign that they are undervalued by the governments in Wales and Westminster – and they are angry. Industrial action is always a last resort, but midwives and MSWs are genuinely at the end of their tether.

‘That is why we are consulting with them to see if they are willing to take industrial action. This consultation is a vital step in deciding whether to move to statutory industrial action ballot We need every member to raise their voice.’

‘We are aiming to hire 1,200 more midwives and 100 consultant obstetricians with a £95 million recruitment drive, on top of a £127 million NHS investment in maternity services over the next year to help increase the maternity NHS workforce and improve neonatal care.

‘We have also commissioned NHS England to develop a long-term workforce strategy to help provide certainty for the future.’